The Rest of Summer

Mimi and my parents stayed up here in WA until September 6th. My parents stayed mostly at their rental on the lake, so we'd kayak over to see them regularly and they'd visit for lunch and dinner when they took a short break from their very time consuming remodeling projects. Mimi stayed in the girls room. The kids loved all sleeping in the boys room so much that they slept in there on the floor even after they all had left - until the boy's room flooded - but that's another story.

While Mimi was here she worked with Berg on his walking everyday. They'd walk circles around the fireplace and he loved it. He's still not walking yet, but he's only 16 mos. so that would be a pretty early walker for a kid in our family. 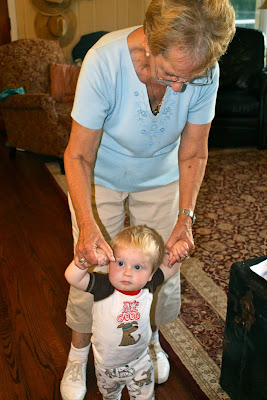 Mimi's highlight was going on a ride-along with Peter for a day. Sadly the day before this, she was suppose to go and waited all day for Peter to pick her up but there was a bank robbery and Peter couldn't get away. He made up for it the next day, although it was the most boring police day ever he said. He still locked her up in a holding cell and took her to see exciting Tillicum. 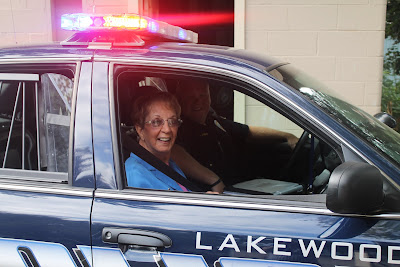 We went blackberry picking many times and we didn't even have to go very far. I'm not sure if it's a good thing to have so many blackberries on our property. They're great for not having to go far to pick, but they sure do take over fast! Mimi helped Kivi and I make blackberry jam. It actually turned out more like blackberry syrup. I'll have to try this again, but I'm afraid. Canning is no easy process. 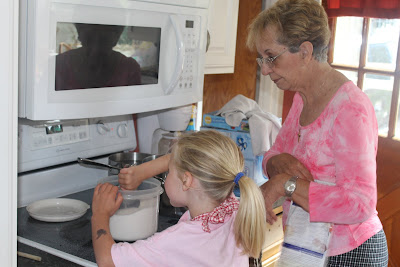 Peter again is so wonderful to me as he helped me with a project that he didn't even want to do in the first place. Last fall we took out all of the concrete steps going down to the beach, so I wanted to use them to make a rough type patio going out to the chickens. Sadly I couldn't really help, because they were so heavy. But I did move a lot of dirt. The kids helped out a ton too moving a huge load of bricks. And that black thing is the cool rain barrel we got at the Steilacoom farmer's market to water the chickens and plants on the beach side. The first day it rained it filled up to the top and fell over. So now it's braced to the beam. 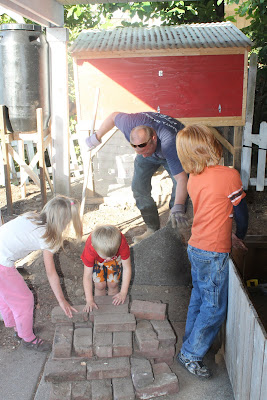 After Jasper tried skiing the one time in Shasta and falling (thanks to his unskilled mama) he was in no hurry to try again. Somehow Nonnie and Peter talked him into it. He was so scared, but I think the bribe of candy after he tried kept him on the board. He kept saying, "Oh, oh, I'm so scared. This is so scary. Ok, I think I can do it. Oh, I'm so scared." He was so cute. He even stayed on for a bit in a squatted position. 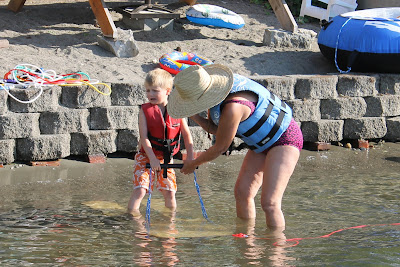 Kivi mastered the double skis! She's really got a thing for this now. 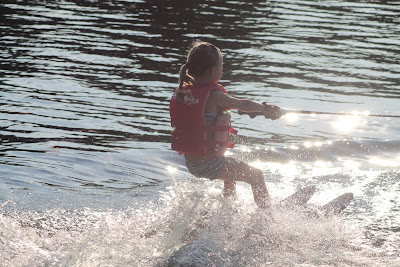 Eben did awesome on doubles! This is him swimming the skis in after a 2 lap run. I just love how he's so tired out he's not even bothering to get the hair out of his face. 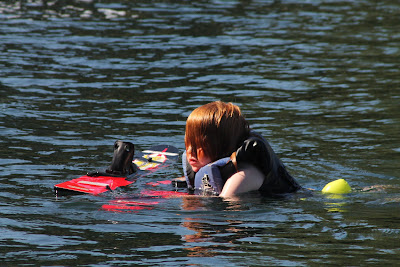 Poppie and Nonnie took all the kids for a couple laps each around the lake right before they hopped into their very packed car with Mimi for their drive home to CA. It was so great to have them all here for the summer! 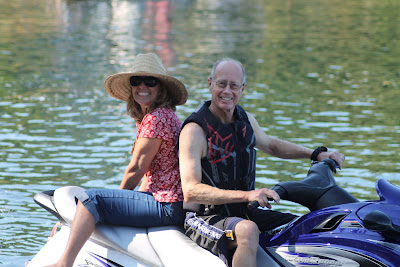 Jasper got it! He was very proud of himself on the trainer board. He did a full lap around the lake at about 5 mph! Even when the jet ski stopped he just sort of sunk slowly into the water still standing on the board. 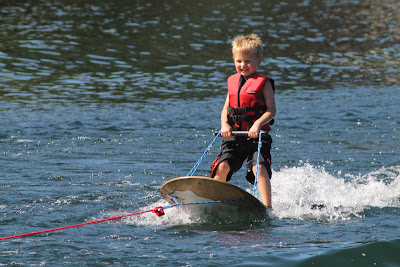 The 6th was also the day we had our first eight egg day! Yay! That means all of our chickens are laying now! It also means that none of them are roosters or died, which is pretty good for us. I guess buying chickens at Dell's vs. a little farm from Craigslist is the way to go. 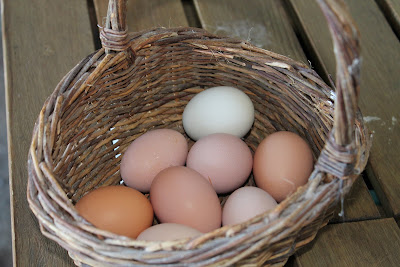 And here's the almost finished concrete/cobblestoney look I was going for with steps up to the chicken yard. Plus my cute potting bench which we never used on top of the deck is proving to be very useful under the deck next to the coop. 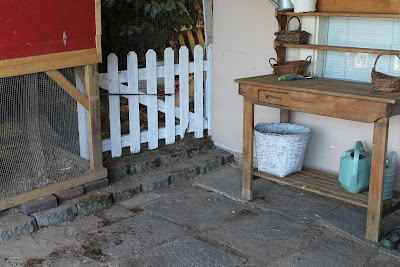 Sounds like a fantastic, busy summer! I didn't know you could waterski off the back of a jetski! How fun!

FUN!~ Way to go Jasper! Jeremy will be jealous that Mimi got to go on a ride along in Tillicompton and he didn't. Wa-wah-waaaaaa...I guess we'll just have to come out and visit huh? YAY!

Can't wait to hear about the boys' room flooding....this should be interesting...

Want To Boost Your ClickBank Banner Traffic And Commissions?