When our four police officers were killed, the Olympia Children's Museum gave us free passes. I didn't know if they'd honor them now because the new museum wasn't even built, but since it didn't have their address on them they did! So I tackled the huge, full of fun museum with the 6 all by myself in June! I don't usually do such big outings alone. The museum was wonderful and so were the kids, except for one Berg melt down. He had a time out on the big ship while the other kids played. The major feets of the day were staying together, building a log cabin, building boats out of wood for the water table, and unclogging the twisty suction tubes.  At one point I let the big boys go upstairs all by themselves while Kivi and I played with the little people in tiny land. Favorite areas for the little ones were the food/garden/house area. The bigs liked the suction tubes, dry ice, and building. We still haven't even seen all of the museum - it's way bigger now! We'll have to go again, maybe we'll take Dada next time! 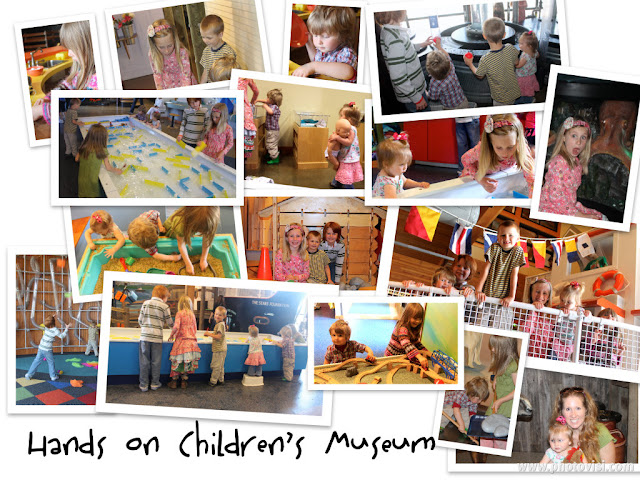 You've enjoyed so many fun hours at the Children's Museum. Love all of the hands-on stuff for them to do. More fun memories!
Love,
Momacita

I heard they expanded the museum. I keep meaning to ask Crystal what she thinks of it. :-) I miss you! Sorry I haven't checked in for a while. I'm finally treading water enough to pick my head up a bit!