On Sunday, December 22nd, our family put on a Christmas pageant for our church family. We had done this last year in the little chapel of our church and this year we held it in the auditorium. It's such an easy, fun and stress free way to put on a pageant and we all glorify God together.

All of the kids who wanted to be in the pageant came at 6:00 and got whatever costume on that they wanted to wear. Then I assigned parts of the Christmas story from Luke 2 for the older kids that wanted a reading part. 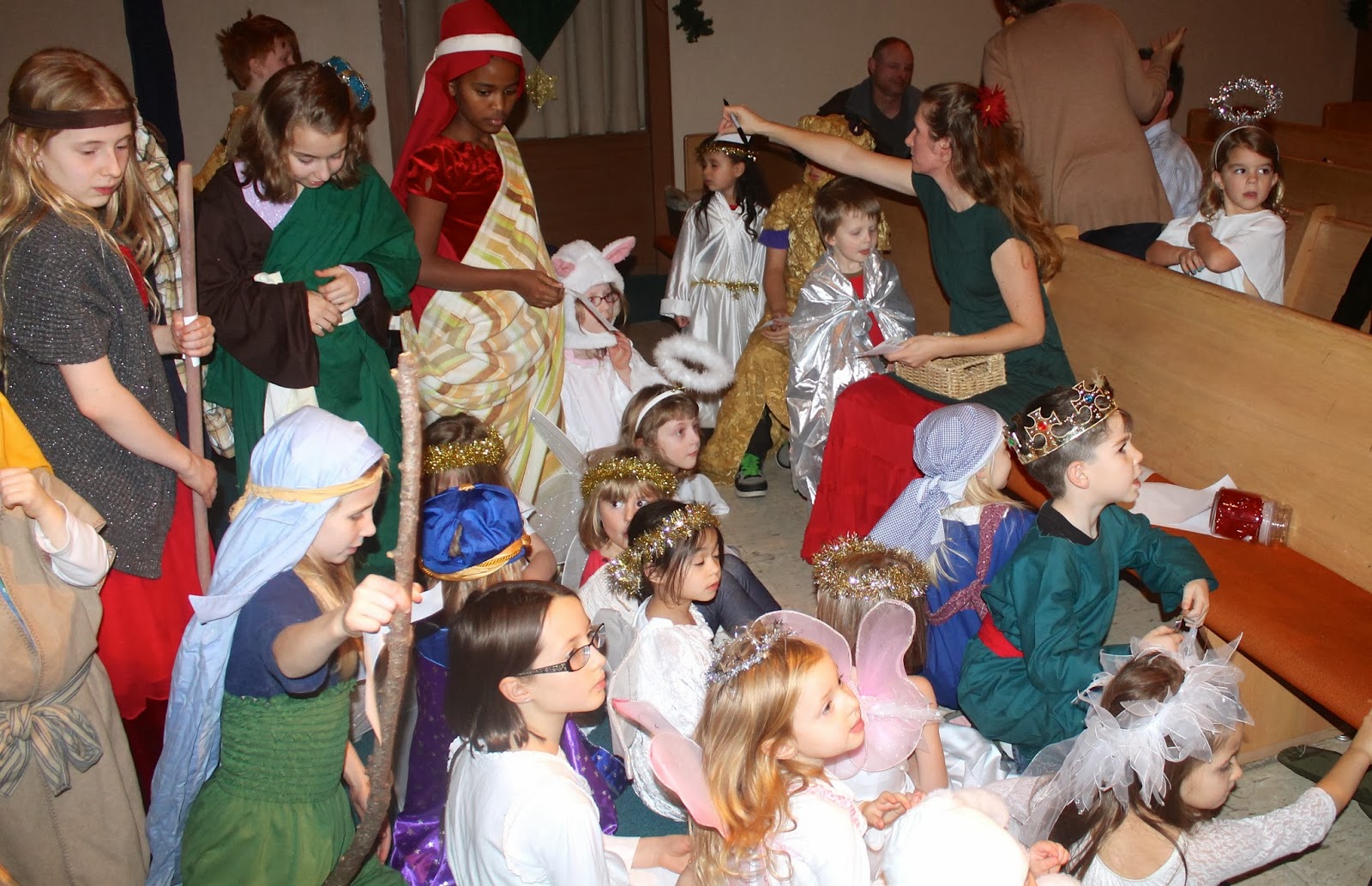 Peter played guitar and Jon accompanied us all on the piano while we sang Christmas carols that went hand in hand with the story of Christ's birth. Jasper started us off this year with the first part of the Christmas story. 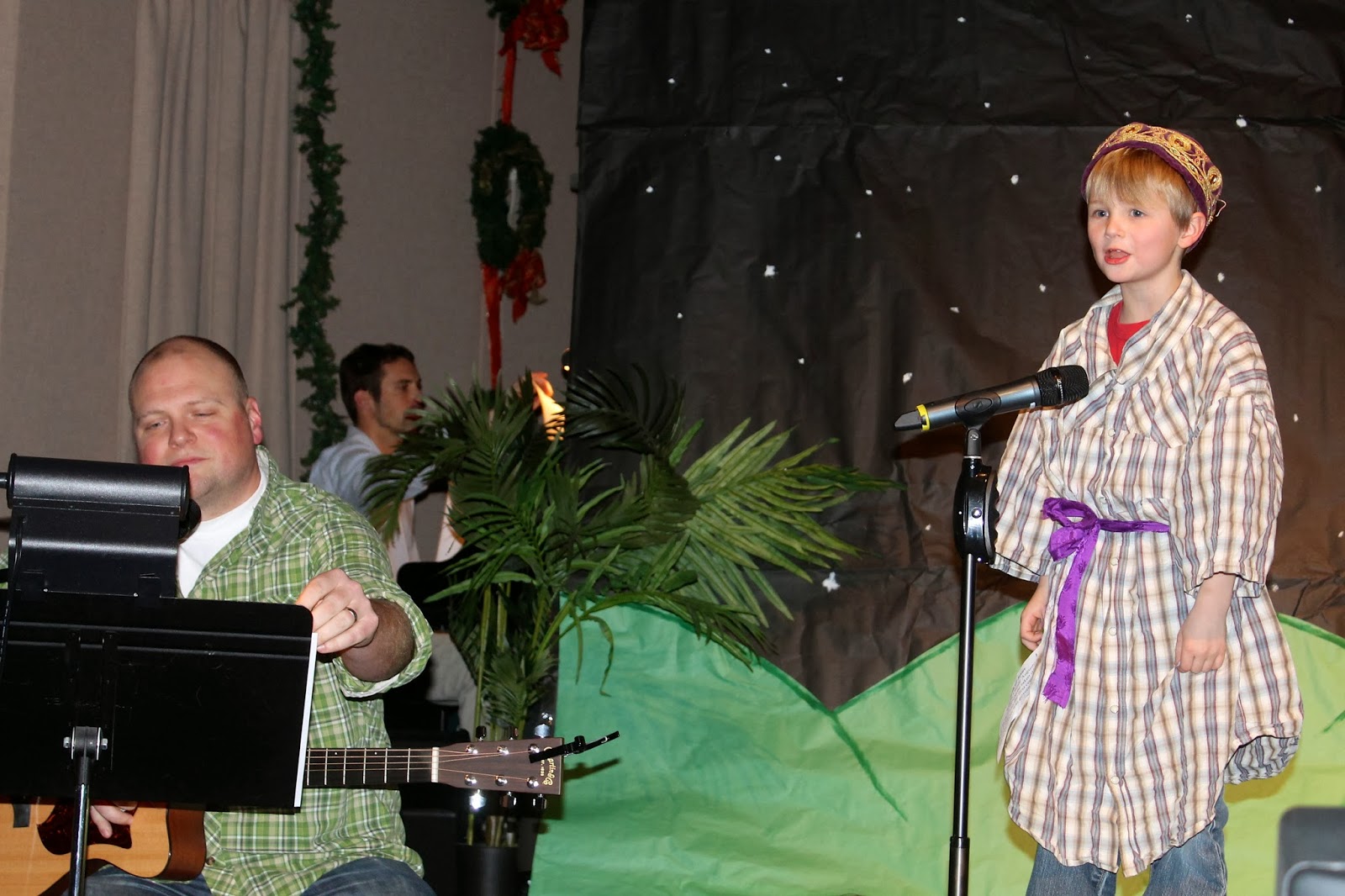 As each reader told the story and we all sang, kids dressed as that part of the story went up on stage and became a living nativity. 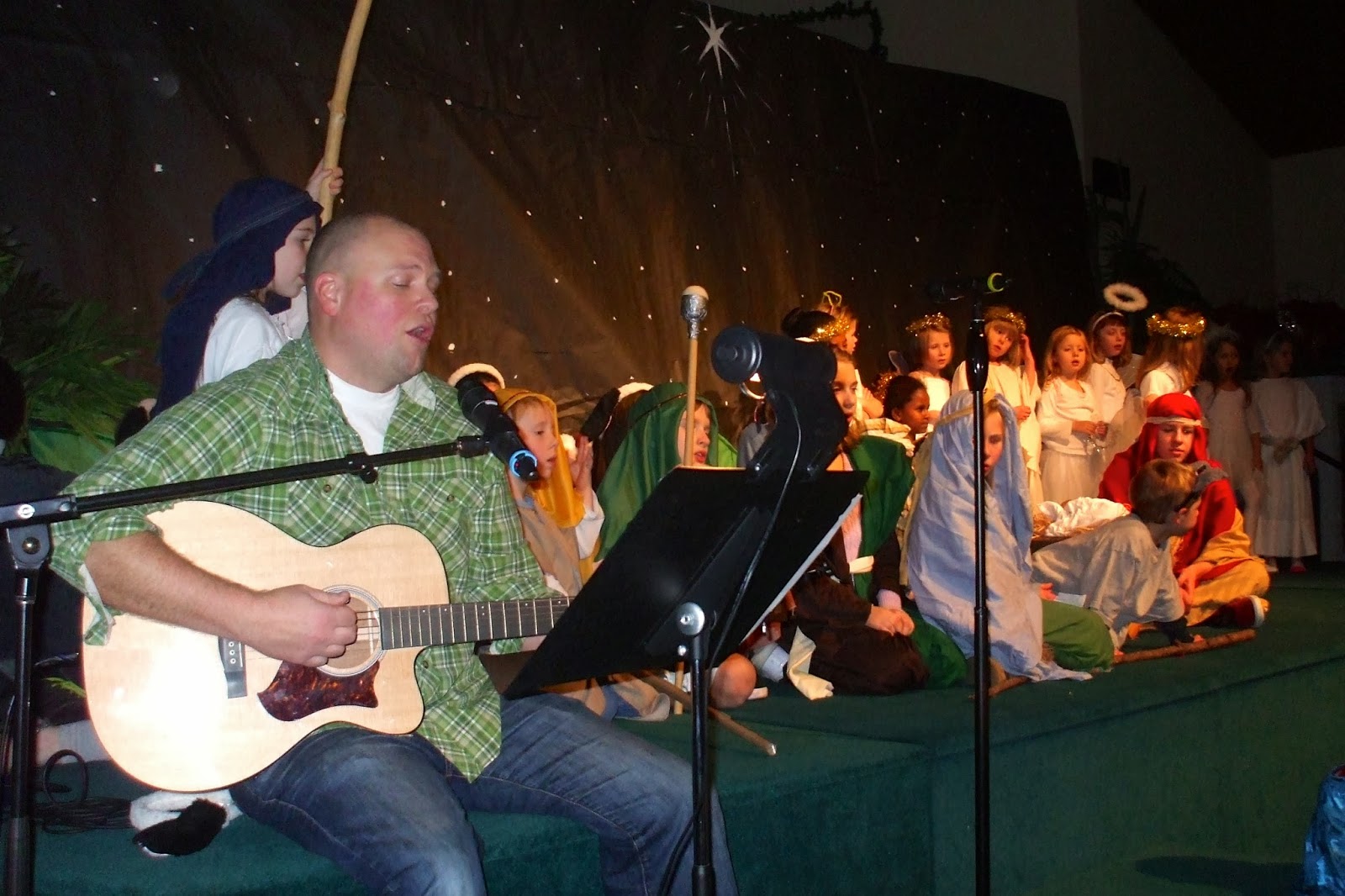 At first, Pella came right up and stood by Dada and the microphone. Then she spent the rest of the time on Kivi's lap or on mine. Every once in a while she would go and pat baby Jesus. She called herself, "Big Sheep" which was funny because all the other sheep were our precious teenagers! It made my heart happy to see them all participate. 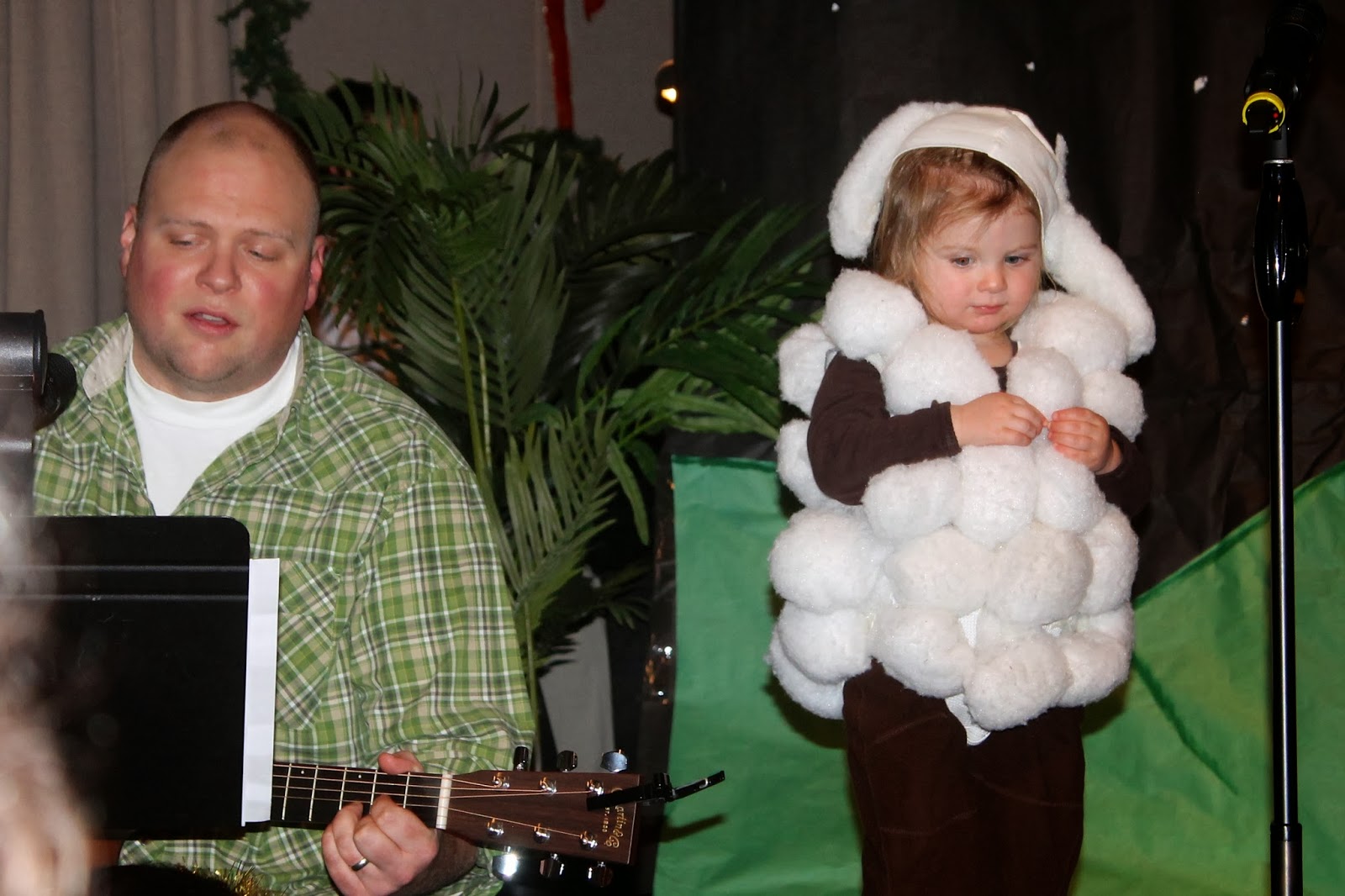 Eben chose to be a camel, he wanted to be the star, but the costume wasn't available this year.  (Which was good because our cute, little friend, Kenzie, made her own star costume.) He spent most of the time under his camel head. Jasper and Berg were wise men although we couldn't see Berg the whole time, he sat right behind the bearded wise man. Opal was a beautiful angel and even had a little reading part! She spent most of the time behind Kenzie. 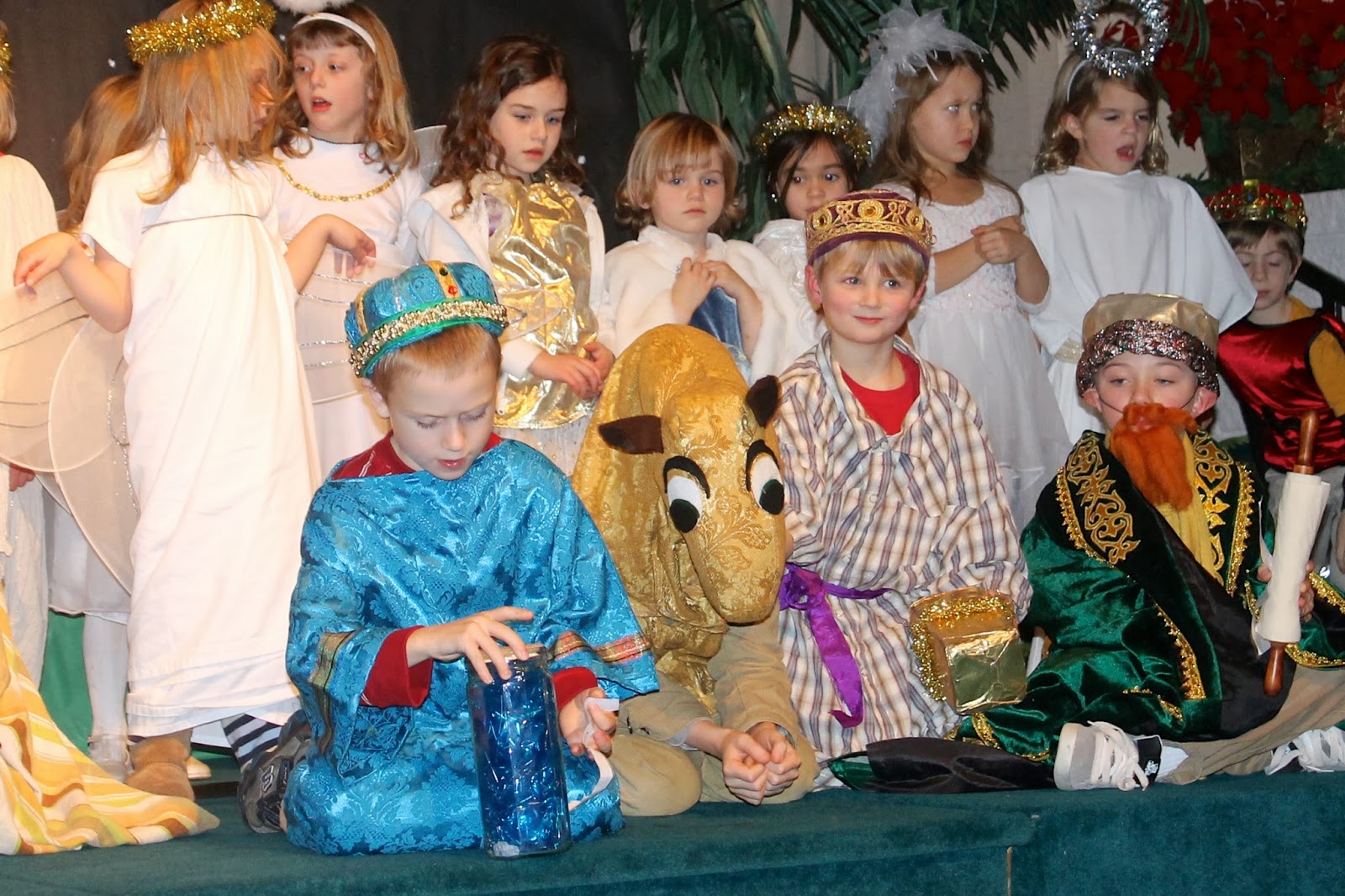 The stage of our church filled with all of our gifts from God, telling the world about the most precious gift ever, Jesus. It was such a sweet scene.  I told the kids they were free to get off the stage if they wanted to go sit with their parents and were done being in costume, knowing the little ones could only last so long. We actually went through two Marys because our first one got tired. 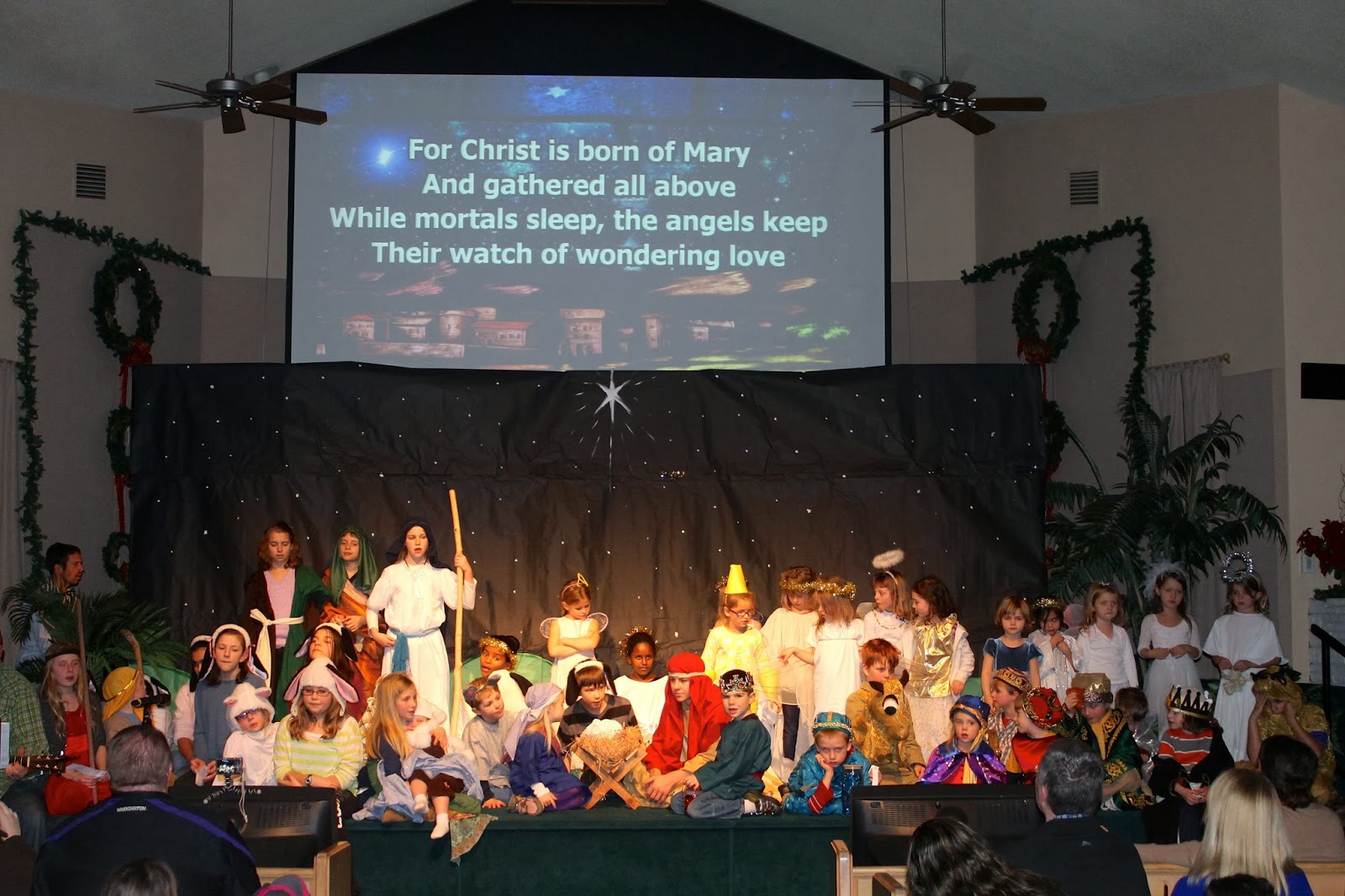 For the last song we sang Silent Night a cappella by candlelight. Then we mingled with all of our friends over cocoa and cookies! 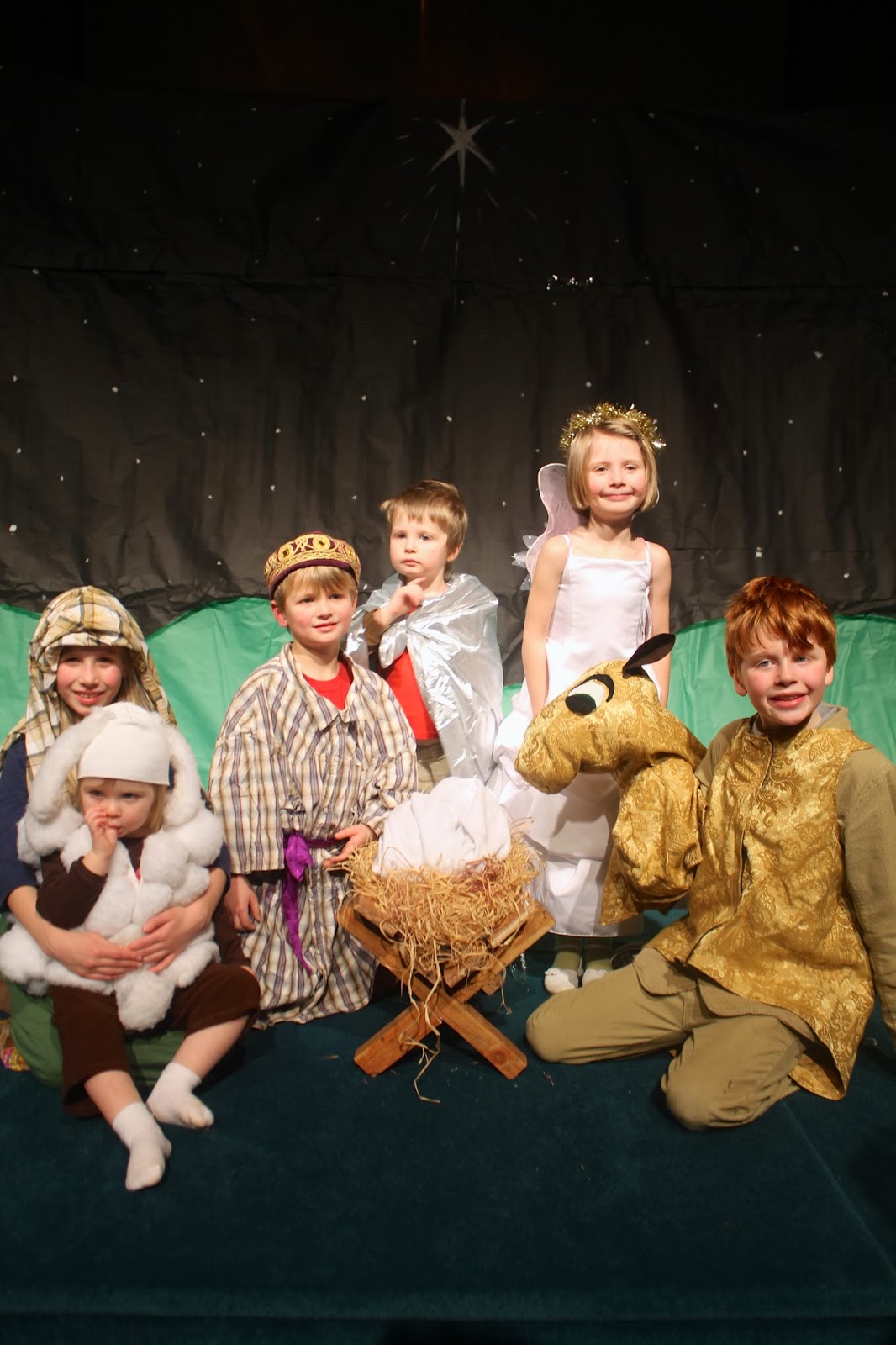