Lowest Tide of the Year Day!

June 14th was the lowest tide of the year so after Kivi and I attending our church's Morning Manna, we headed out to go see some sea life at Chambers Bay. I didn't have high hopes for seeing very much there. I never even really noticed a beach you could walk on in the past. Boy, was I wrong. We found soooo many creatures!
One of the first cool things, after the ever abundant little crabs and hermit crabs was this bright orange sea pen. It was all closed up because it was on dry land, but it was still neat to find and hold. 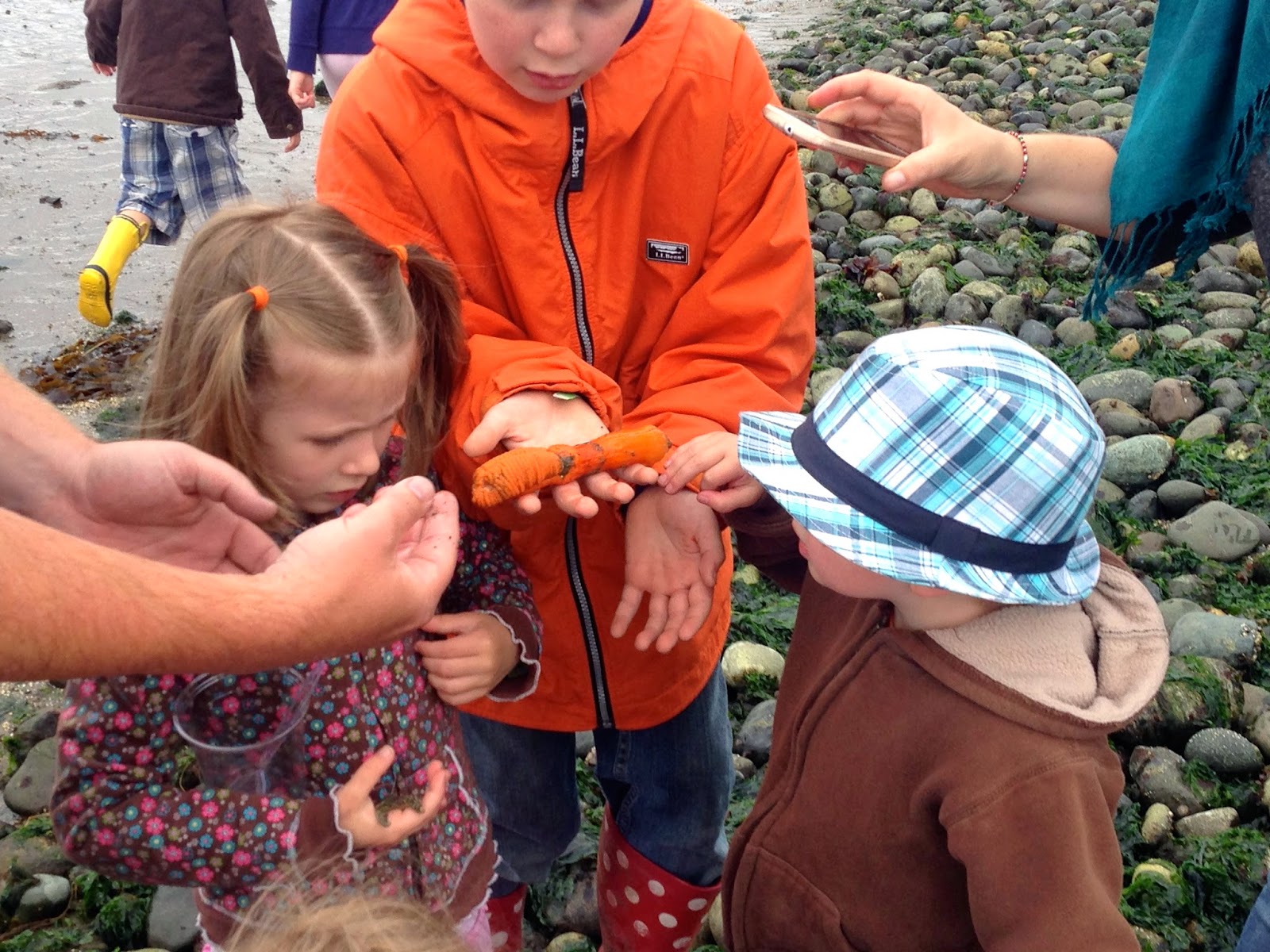 Dada got on his waders and found us lots of big crabs to hold for those who were brave enough. 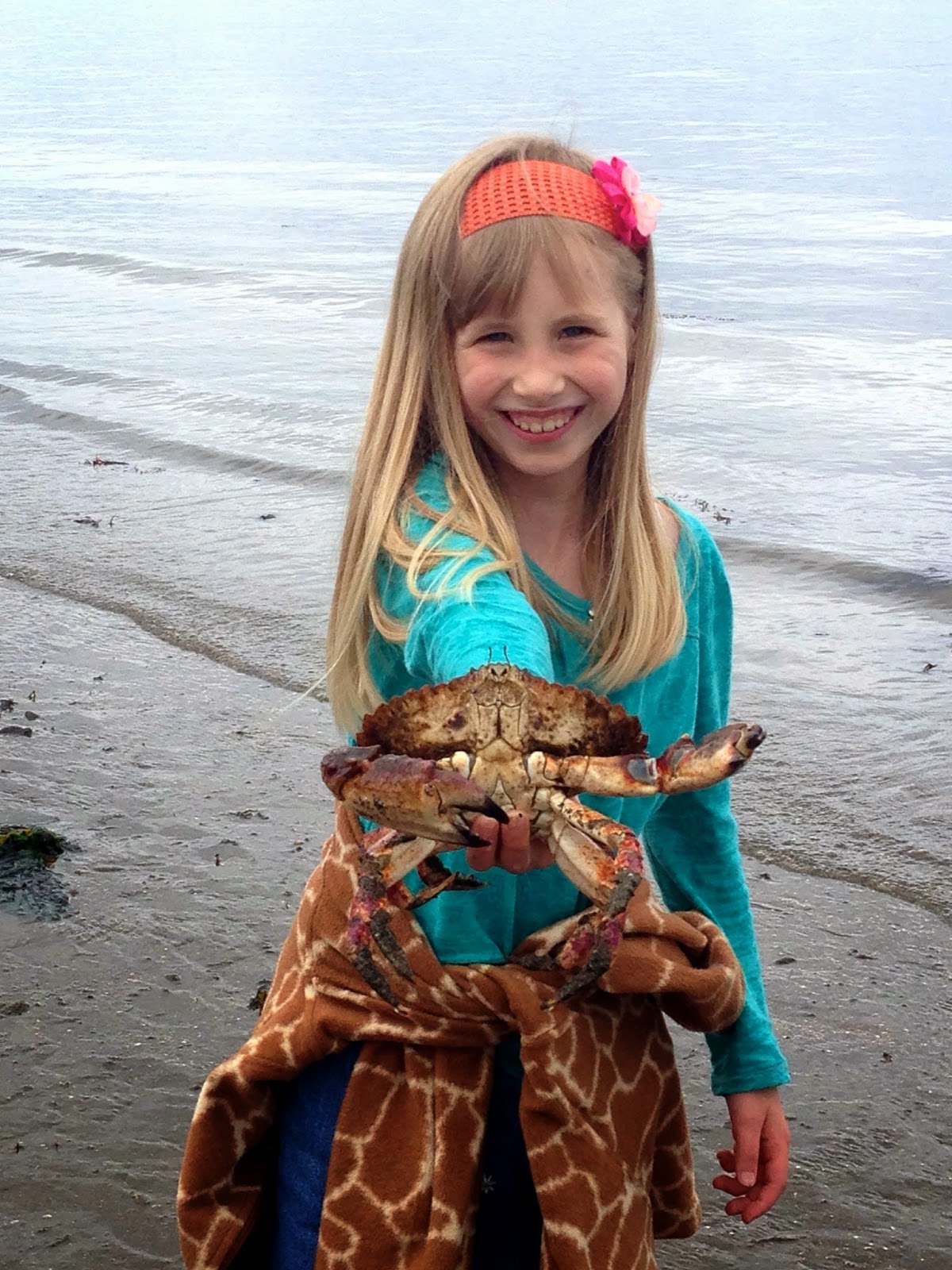 Opal loved the jellies and held this one for most of the time we were there along with her collection of locks and keys. The tide was so low that we were finding all sorts of keys from the people who had locked "love padlocks" on the pier above and thrown the key into the sea. 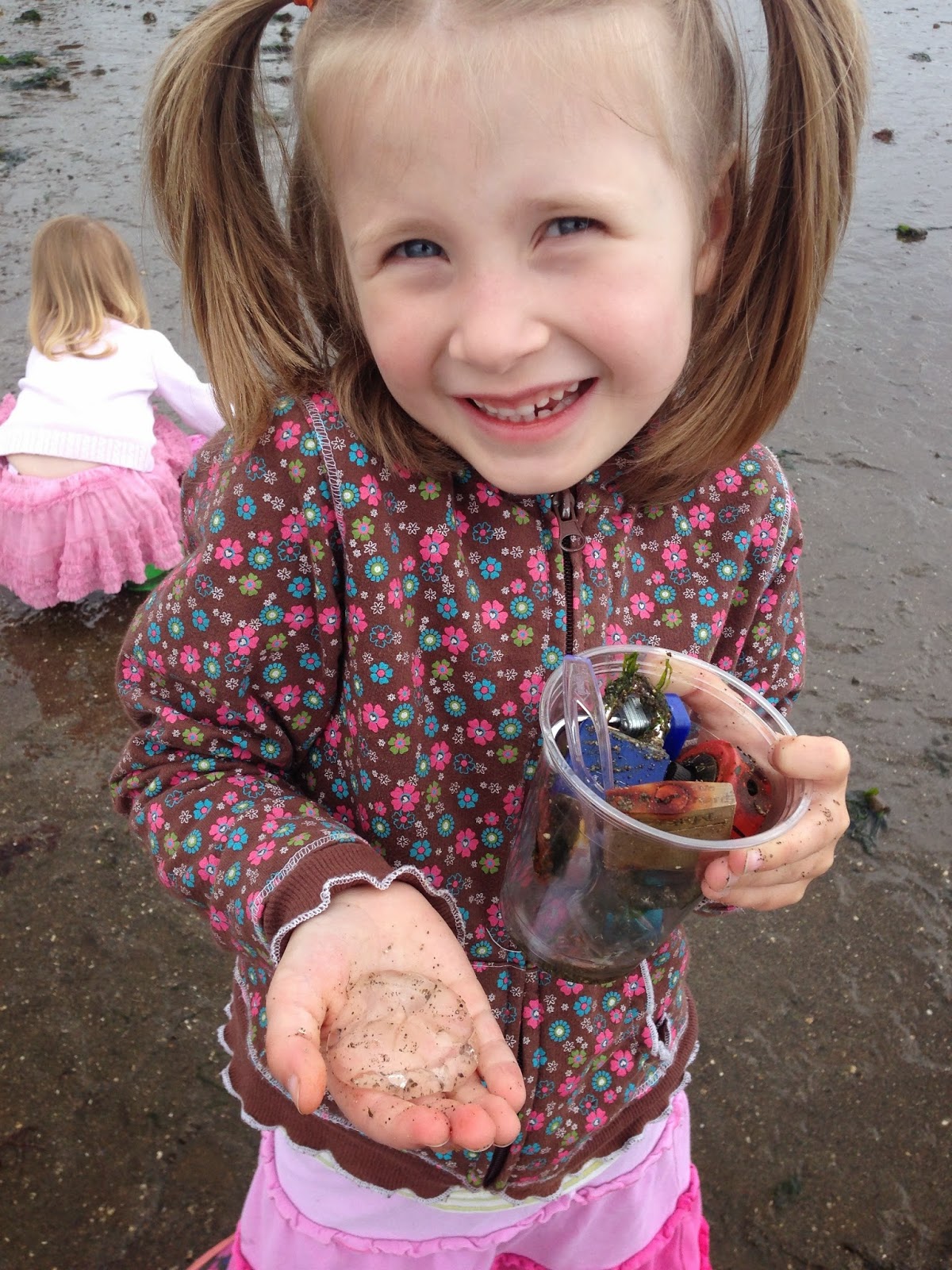 Many types of little and big starfish were fun to find and touch. Our favorites were this bright red and gray colored one and this huge, spiky, purple one that was under a pier. 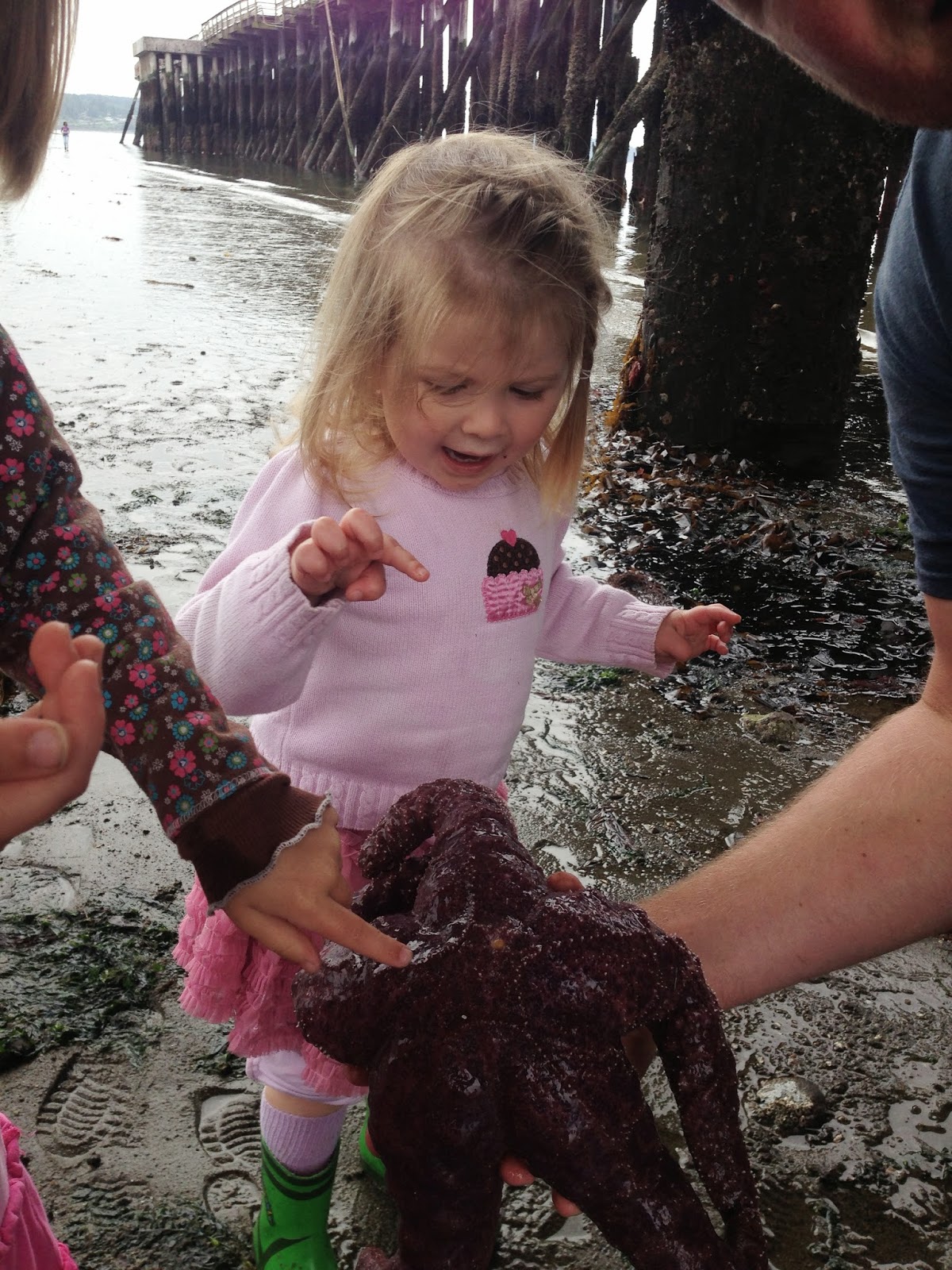 Dada gave under the pier water tours in his waders too. 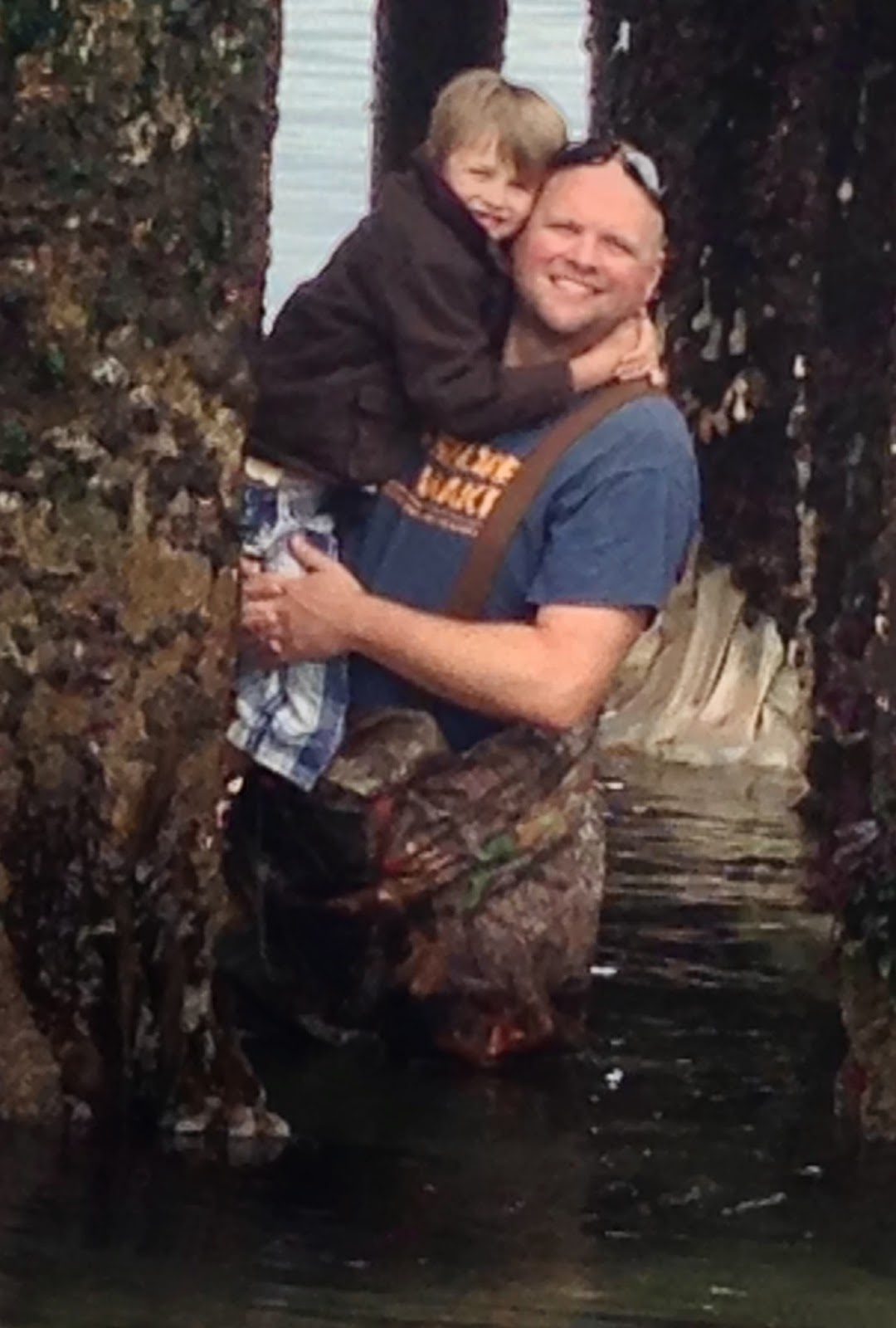 We were pretty enthralled with these cool sand collars which are the egg casings for moon snails. 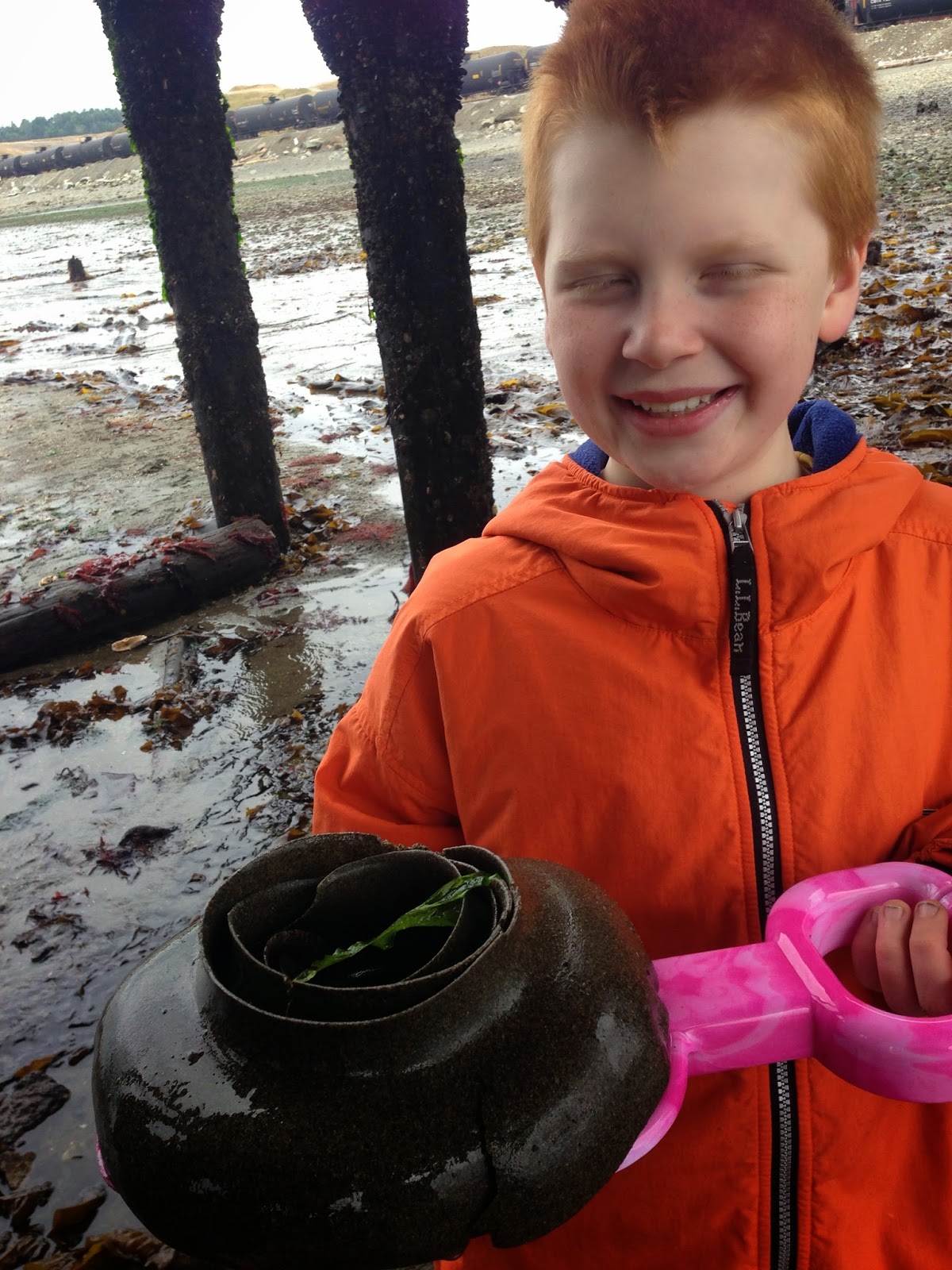 The kids kept many creatures including this little sea slug in a bucket they called their "mobile aquarium" the whole time until we left and then released them all into the ocean. 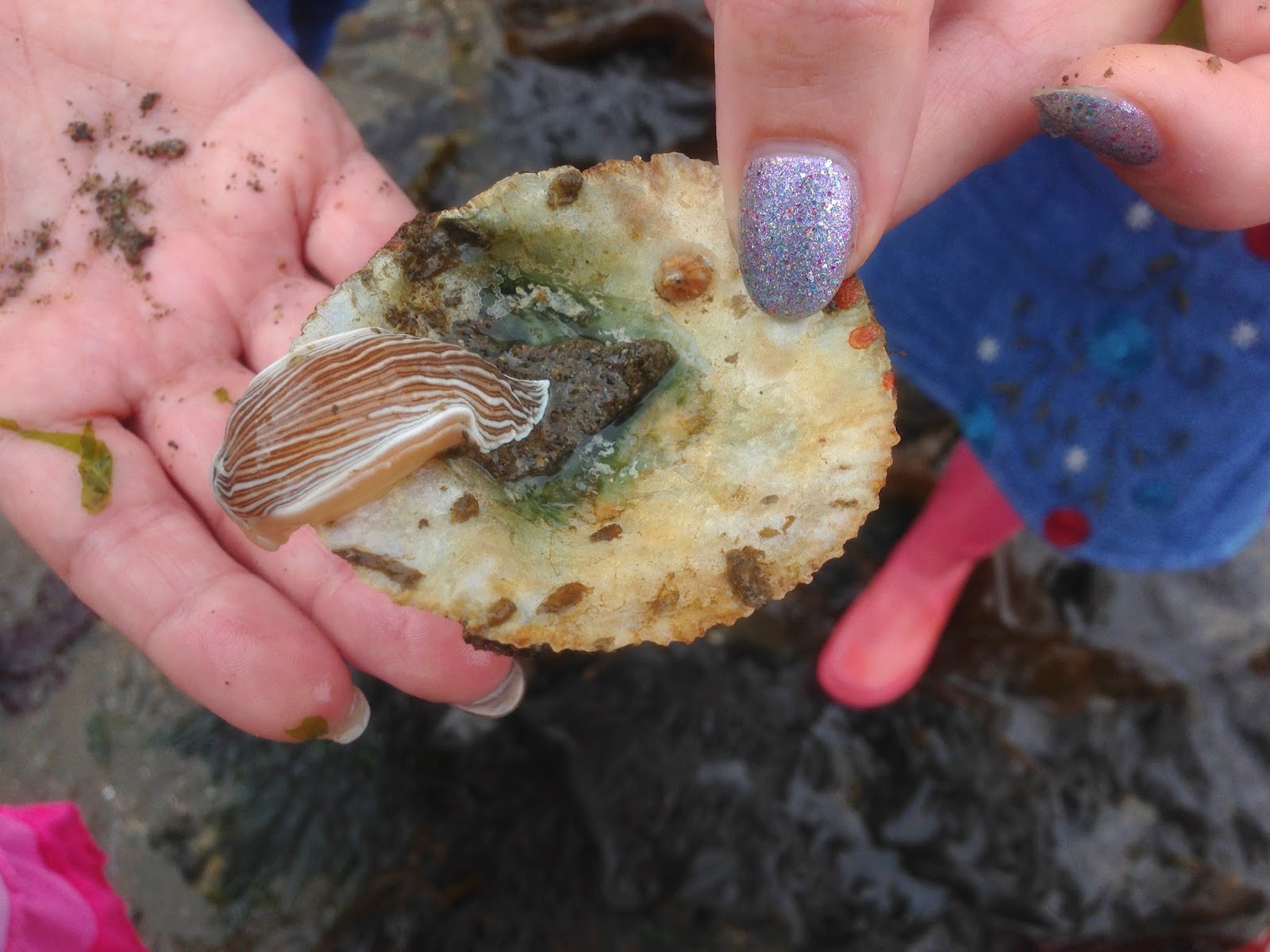 One of the two sea snakes that Eben put back into the sea when it was time to go. 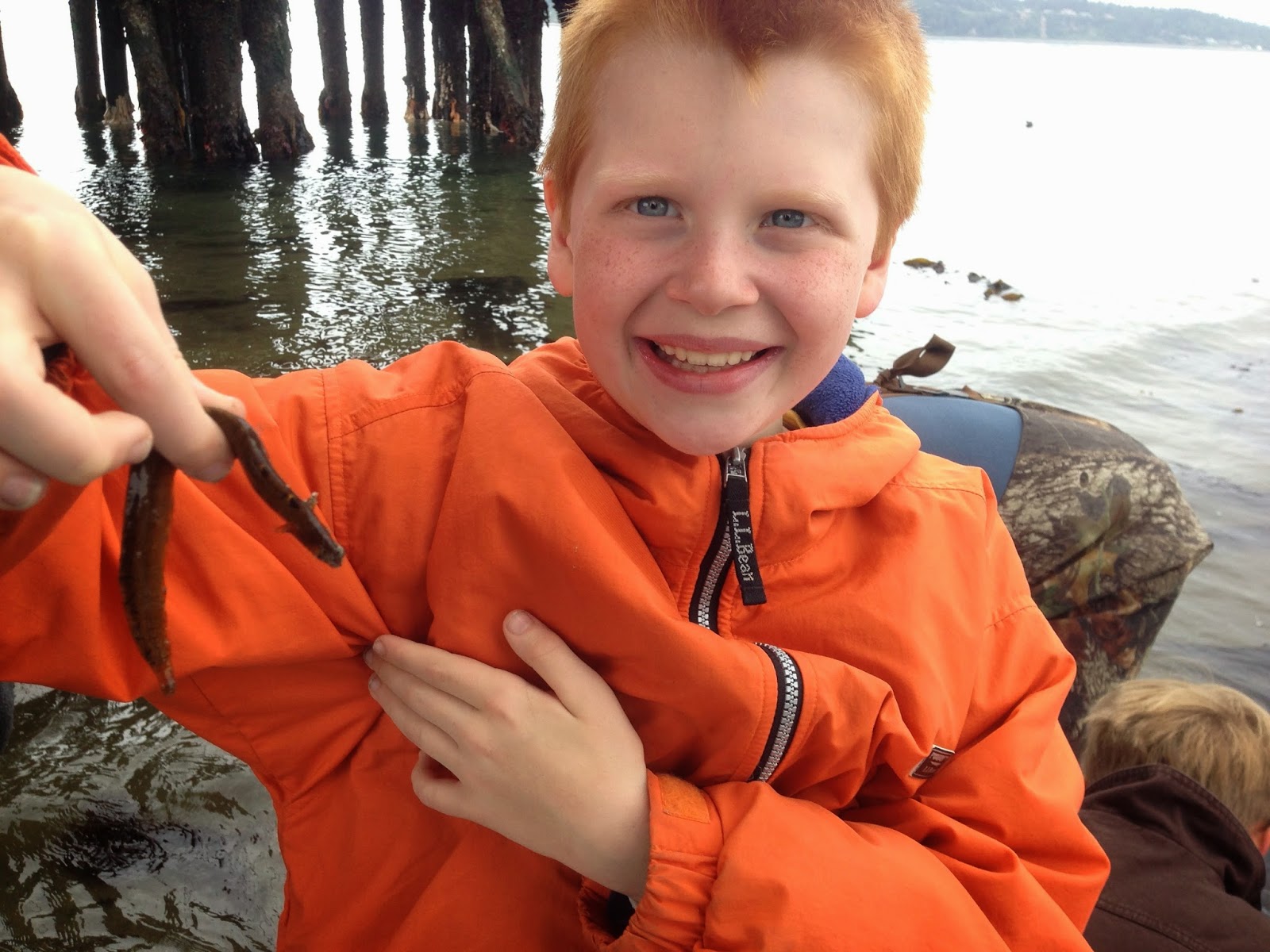 There was just so much to see and it was so colorful and beautiful! Too bad the tide was already coming back in! 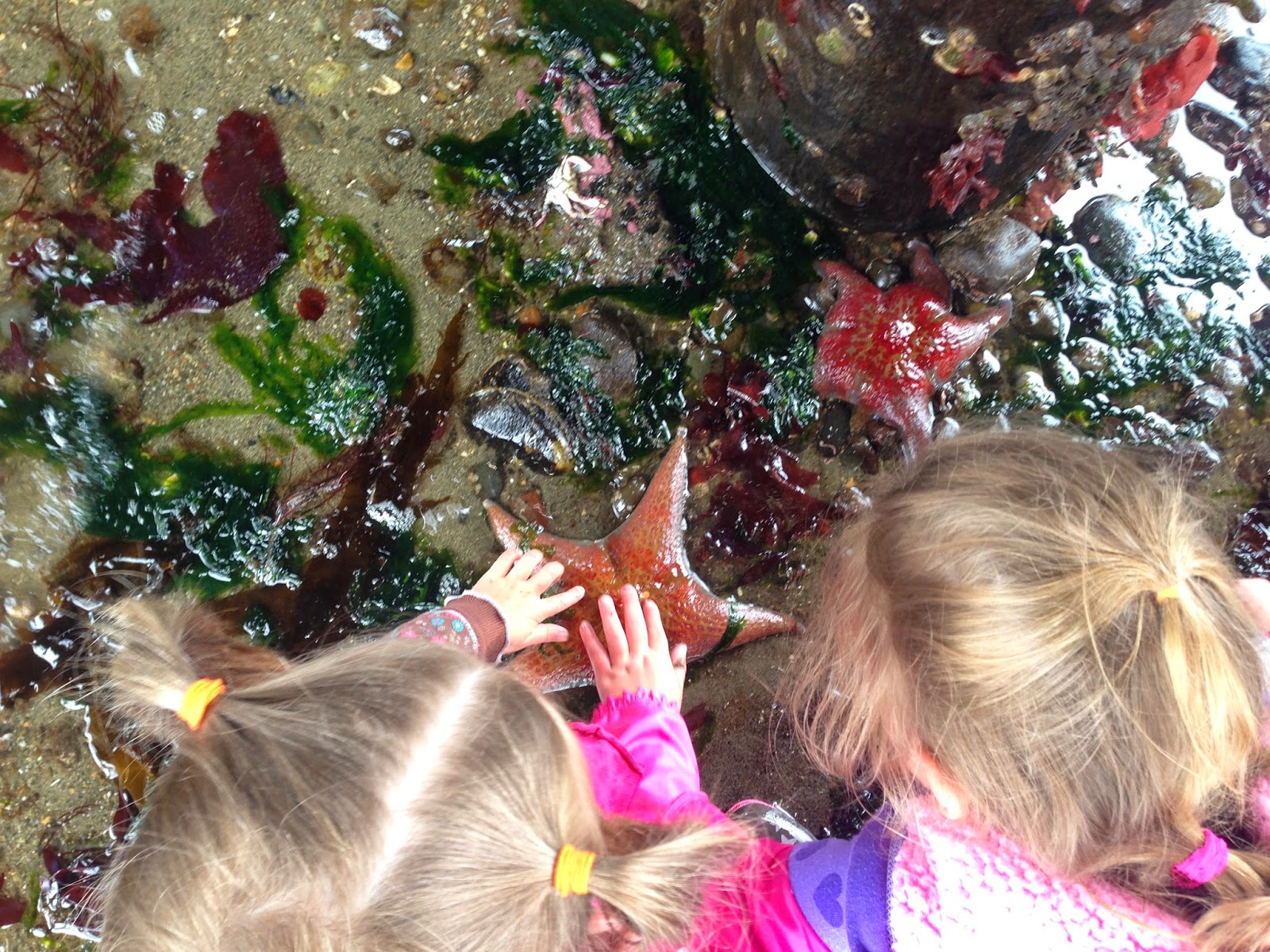 As we were leaving we brought our collection of about 20 keys up and tried almost every lock. We actually found and opened five locks!! Then we hooked them all onto each other and locked them back on the fence. We'll see if their still there another day! 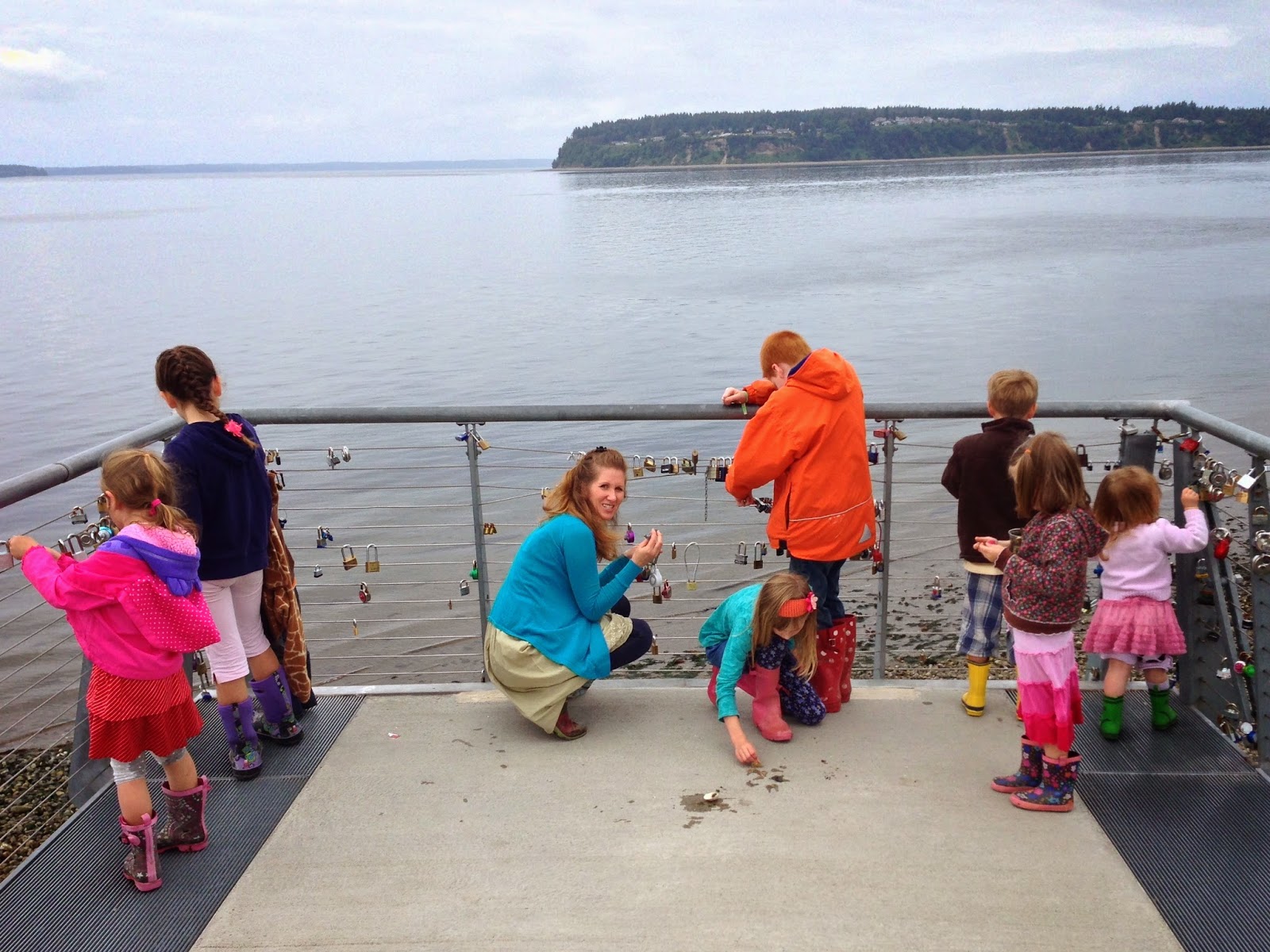