We finally took advantage of the free day at the Museum of Flight. This is WAY better than paying the $98.00 it would have cost us if we didn't go on free day, which is the first Thursday of every month. We drove up and had a casual look around at many of their great airplanes, the favorite of which was the flying car, had some dinner at their cafeteria and then saw some interesting stuff in space building. Like the tube toilet they have to use in space.  We also watched the sad video of the Challenger explosion which confused Jasper. He kept thinking that Christa McAuliffe was my actual teacher. 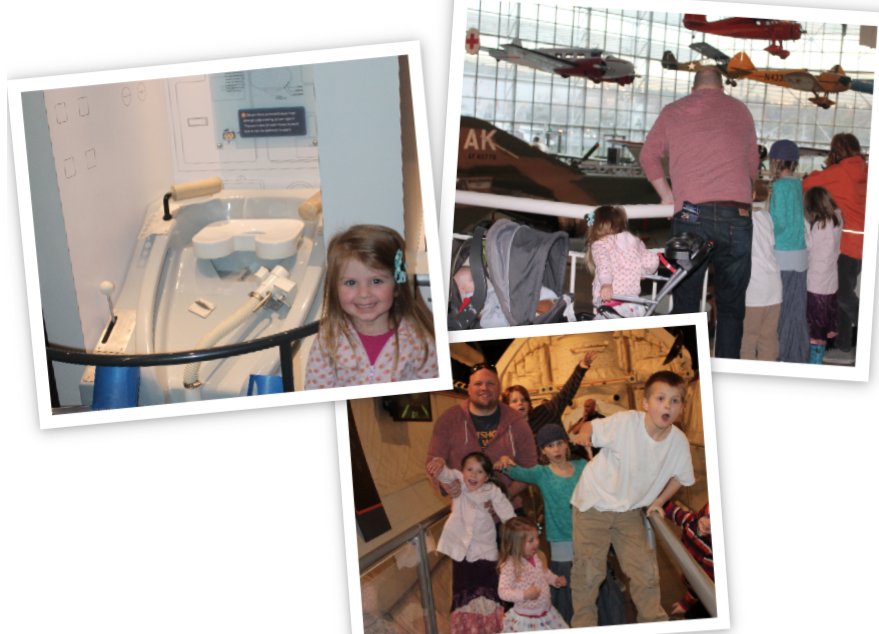 The next day we learned about oases, so I had the kids go down to the beach, pretend the sand was a desert and make their own. 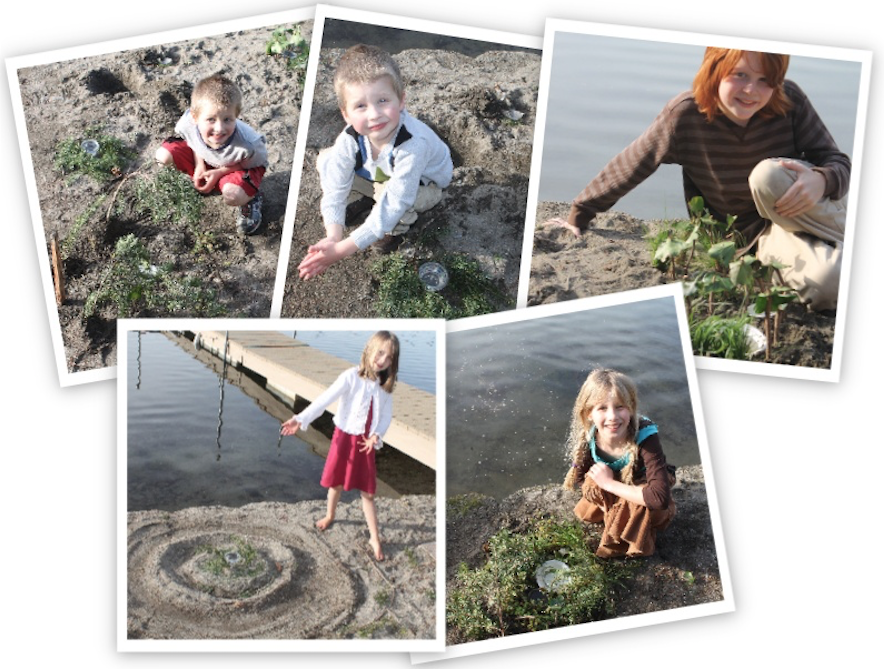 On March 7th, we said goodbye to all of our chickens. We gave away all of them including our coop and all of our chicken stuff to a family just starting out their chicken adventure. Kivi tried really hard to be sad. But they were a lot of hard work. She had to go out every night and lock them up so they wouldn't get eaten by raccoons.  Eben had let them out every morning and together they were in charge of getting them food, water and mucking out the coop.  So secretly I think she was a little relived Dada said it was time for them to go. 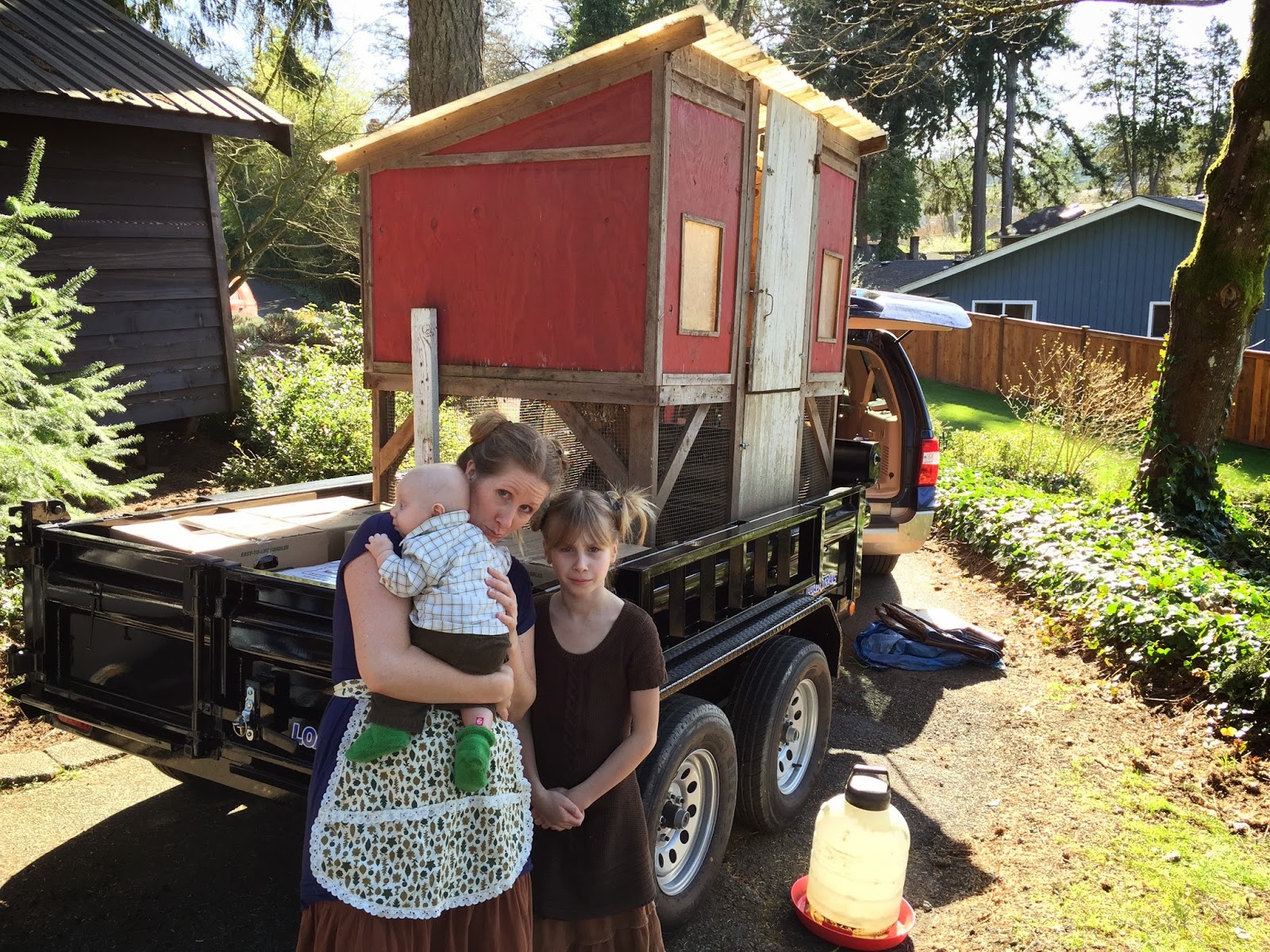 We also had one of the last movie nights in the MamaDada bed! 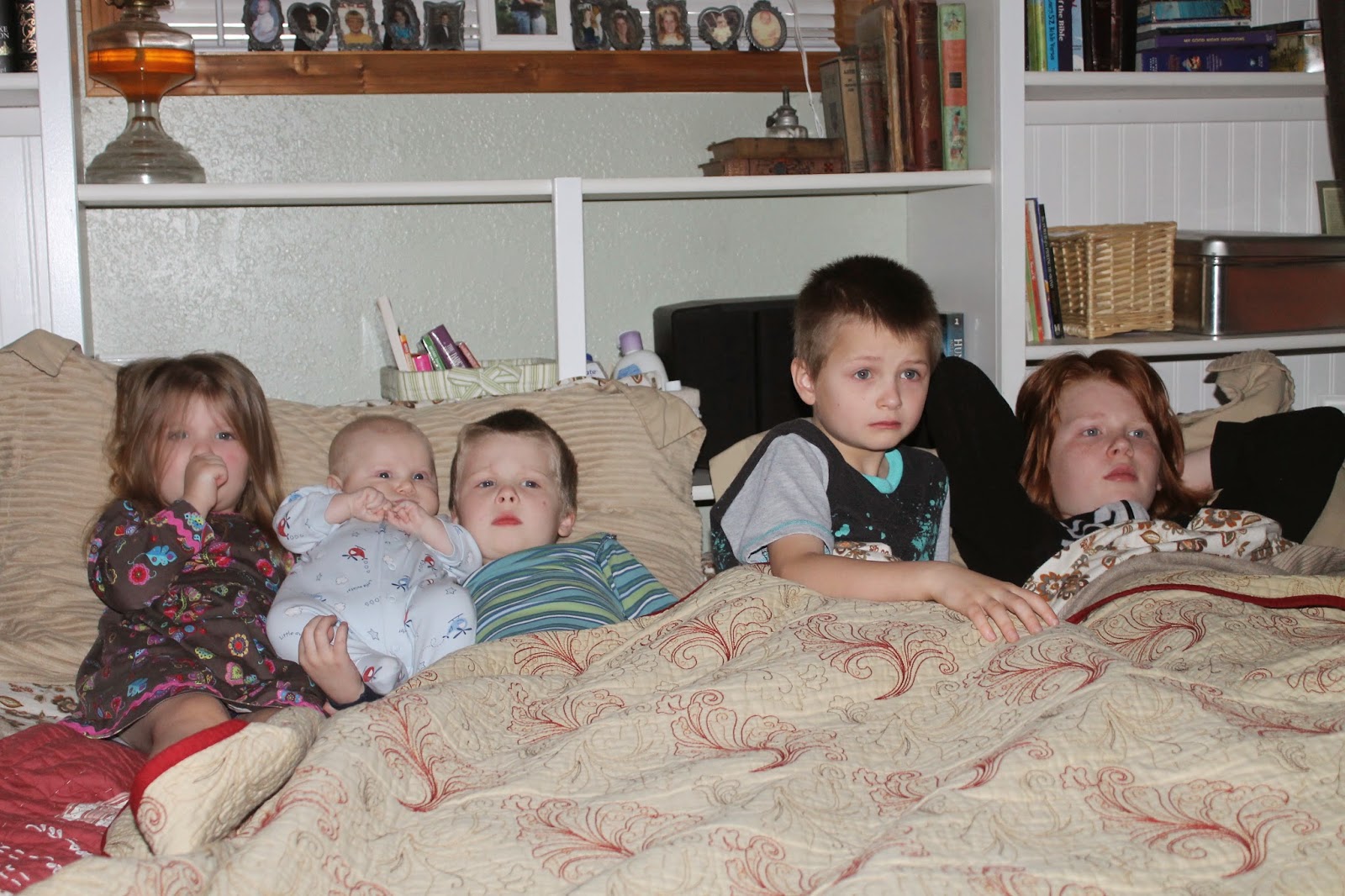 This is Pella, sitting on the toilet, holding onto my legs. I had to have one of the kids get a picture of this so I won't forget how she has to go.  She's doing it less and less now (which is why I had to get a picture, because I know it won't last forever and soon I'll forget that she ever had to do this while sitting on the potty.) If I'm not there and she has to go poo, she'll yell, "Mama! Come here! I have to hold onto you!" She digs her little face into my knees, holds on tightly to my legs and then she can do her business. 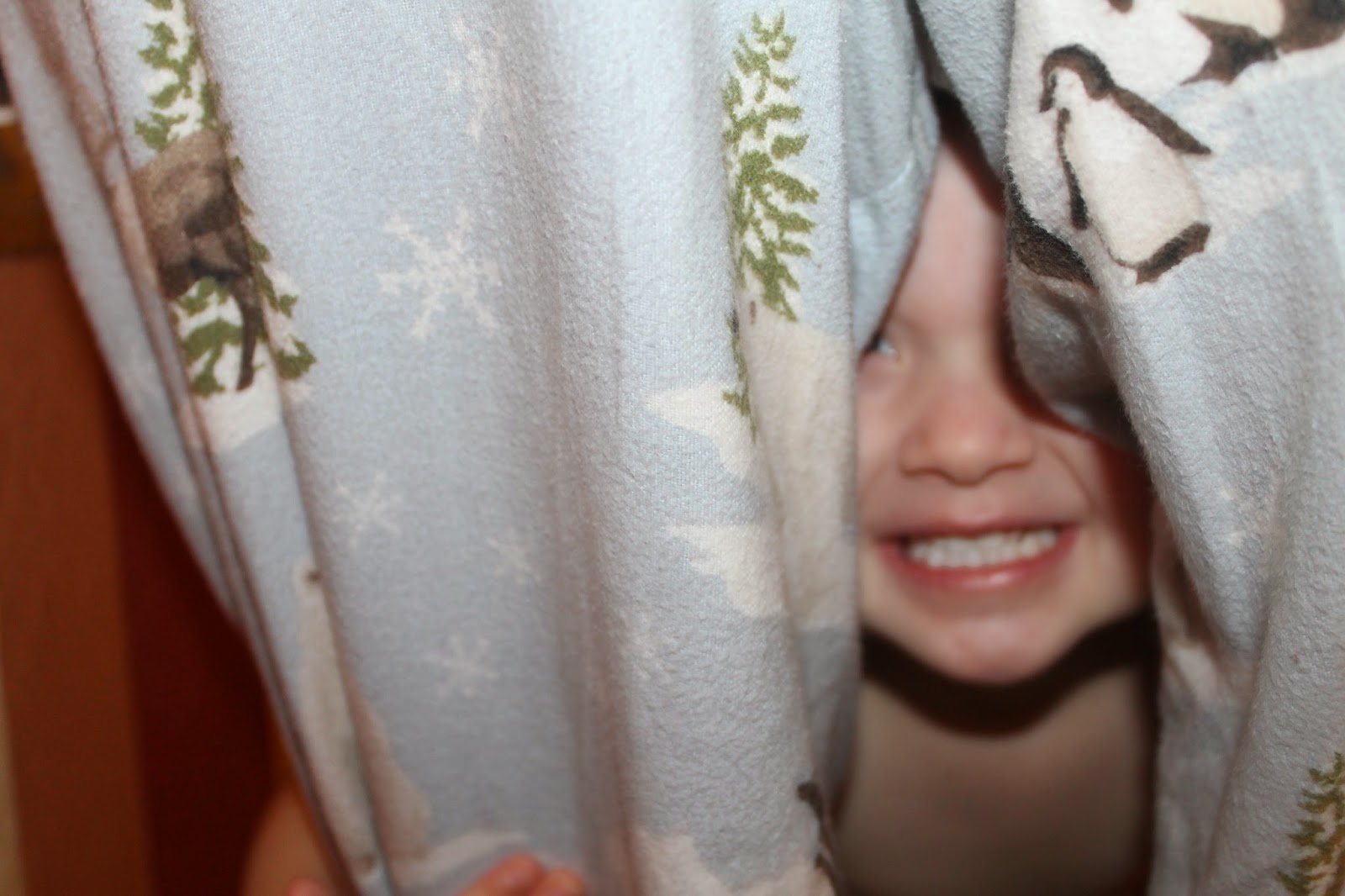 This is on the 14th. I want to remember how much these girls love their little brother. Opal and especially Pella love to put baby powder all over Tuffy. His head, tummy, back, neck, toes, arms, legs everything gets all rubbed down with these loving, big sister hands. 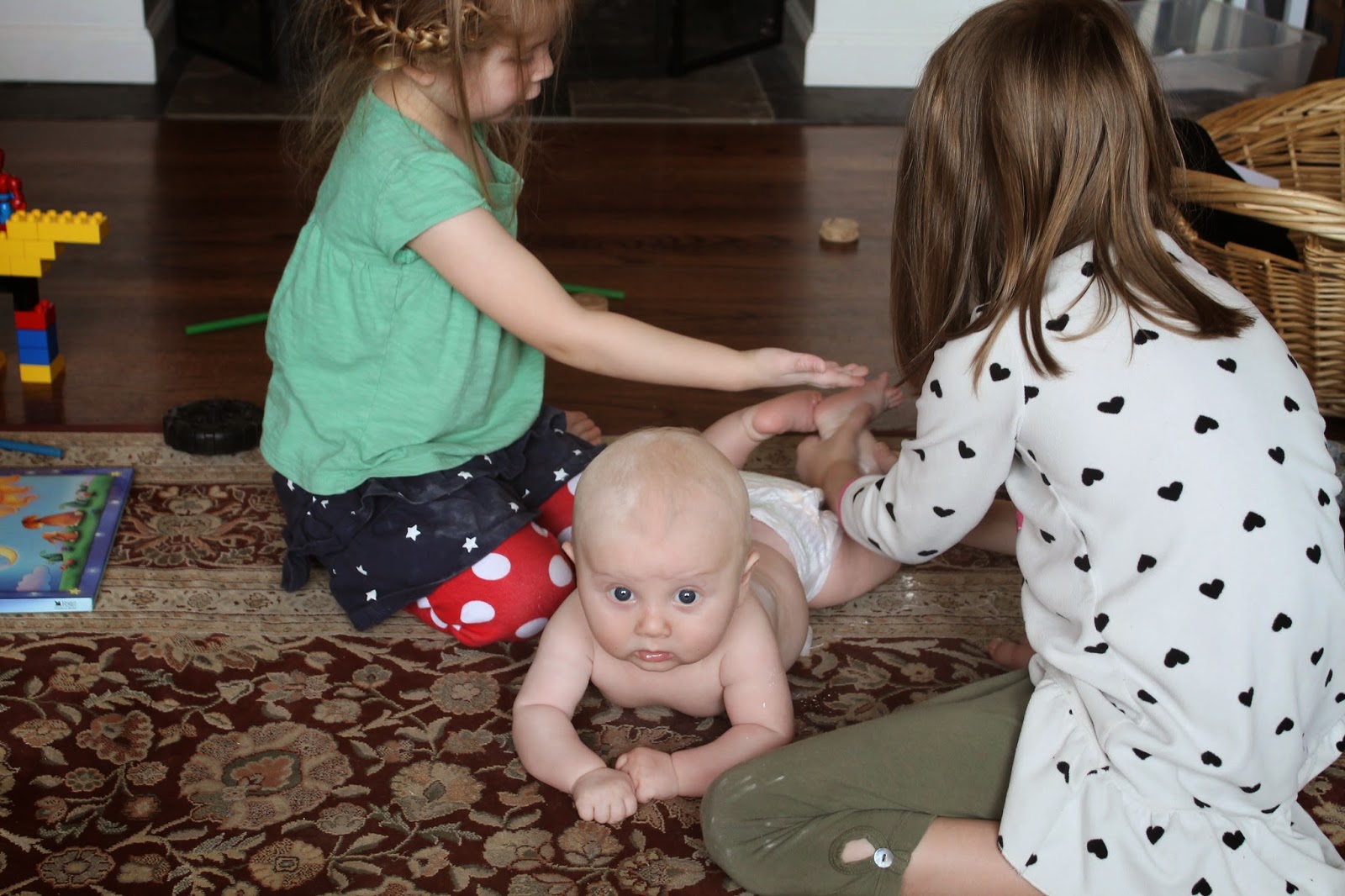