It was a beautiful day on July 4th to have lots of friends and family over to celebrate our country's independence! Peter and I were up till 2am the night before cleaning and moving all of the winter gear out from under the deck. We always need a big party to get us motivated to do deep cleaning. He and Grandpa even moved the chicken coup!

On the 4th, we had a casual cleaning and playing day until 2 when folks started coming over to swim! Opal spent her time painting everyone's nails. It's her favorite thing to do. Lately she's gotten into much mischief and is forbidden from all things polish and make-up. 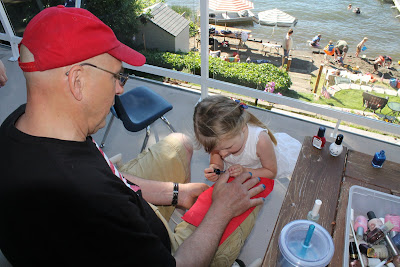 The kids were drawn to the sand and ended up building a huge river and city, it took them all day. 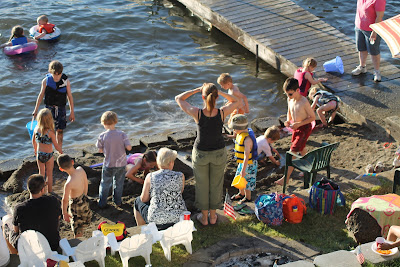 They had great plans, and were very excited about the project. 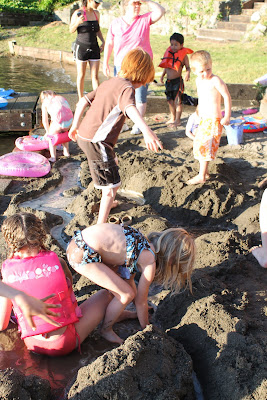 Peter came in from riding the jet ski and the kids paused their sand play for a quick family photo! 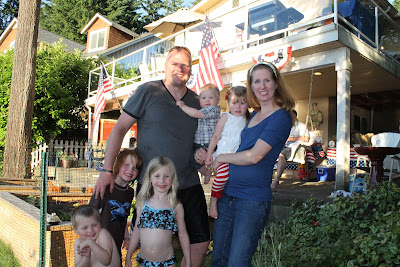 All that sands makes for one dirty girl! 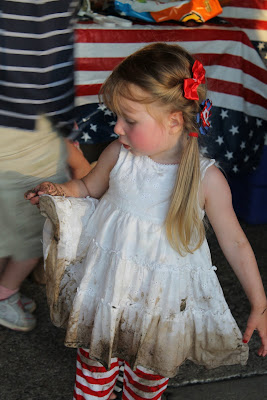 A view from the dock in between burgers and fireworks. I went crazy and spent most of my day sautéing onions and frying up bacon for the burgers. It took forever! Next year I'm going to do that stuff the day before- or buy precooked bacon. But the extra toppings sure made the burgers tasty! 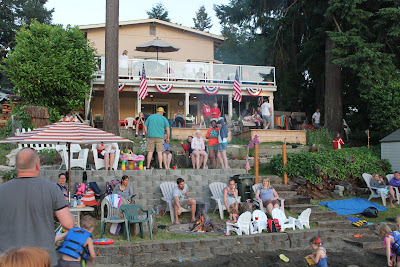 The traditional 2011 4th of July sparkler picture! It had to be the most painful picture ever! We asked for good sparklers, not the cheap ones that resulted in the smoked out picture a couple years before, or one that last only a few seconds and then die. So the lady sold us some "real good" sparklers. They were "real painful" too! Especially when all of us have them going at the same time and were standing so close. 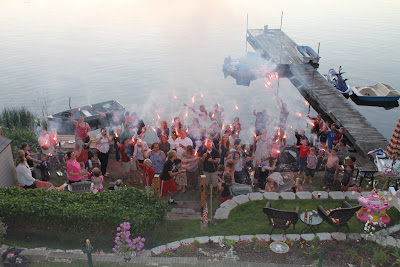 Bergie confused by the stick of fire. Actually he loved it, he just looks perplexed here. 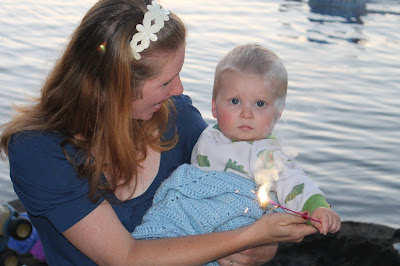 And then the kid fireworks began! Roman candles - hurray! Jasper insisted that only Mr. Raykovitz could help him. 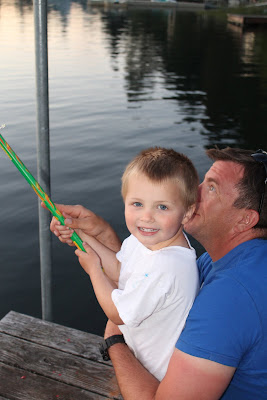 I love fireworks! The Woods brought an amazing amount with them and he let me light a ton of them! This huge one was called One Bad Mother-in-Law. 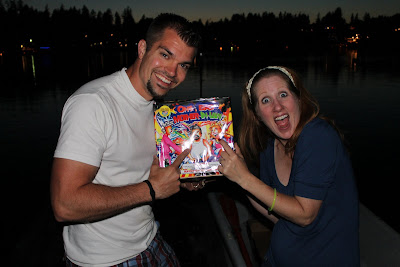 The lake show began, and then ended with technical difficulties. But it was okay. We had lit off a lot on our own dock from the Woods stash and everyone around the lake had lots to light off too. We still got a good show and an awesome feeling of US pride. Yay fire! 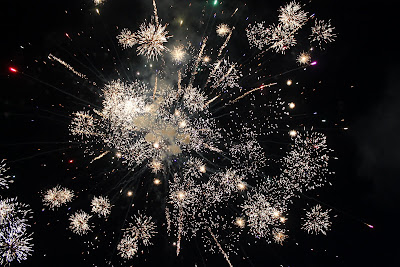 And then the kids lit off ladybugs. 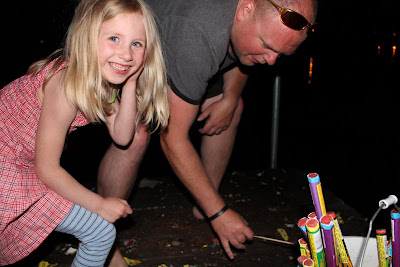 HURRAY! I love, love, love, love the party post. Sigh. We miss you Johnsons. It's so fun to live vicariously through the blog. Love the garden boxes Amber. I hope you got a good crop this year...but come to think of it, you are probably just now having stuff worth harvesting! And here in MO, everything is already done producing. HA! Hugs to you guys and Happy Birthday Peter. :D