Johnson tradition dictates that a seven year old can go to an amusement park and an eight year old can choose between a normal birthday party or going to the Great Wolf Lodge. Last year Jasper chose Legoland and this year on Sept. 28th we spent a whole day at Great Wolf Lodge with our friends the Schocks! 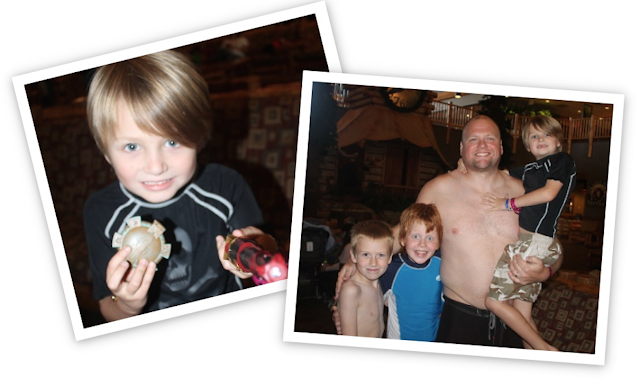 We got Jasper his own compass to play the Compass Quest this time with the boys instead of the normal MagiQuest, which the other kids played. We actually were pretty excited to find wands at Goodwill! The people who worked at GWL were not as pleased that we had wands that haven't been used since the year they opened and didn't have our names on them. 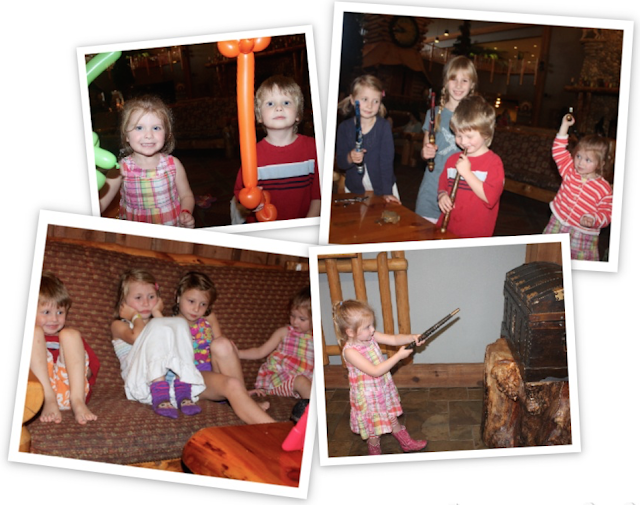 The kids switched off going into the water park so that Dada and Mrs. Schock each had a little group of kids to go on the slides with, while I sat in the lobby all day long with the little people. The littles tried the water park once for a short time and that was about it for them. I don't even think Berg got in the water. We spent our time playing MagiQuest, coloring, eating snacks, watching movies, and watching the lamest show on earth. ("There's nothing to be scared of here, just trust in mother nature." What kind of message is that? The song gets stuck in your head for hours.) Peter actually stayed in that hot, stuffy water park with different groups of our gang for about 8 hours! 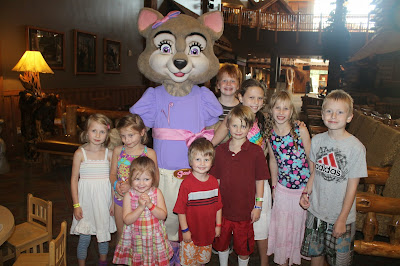 After a pizza dinner, we got the three different flavored cakes that Jasper picked out from the store (he specifically asked for store bought cake - ha!) and sang "Happy Birthday" to the waterlogged 8 year old! 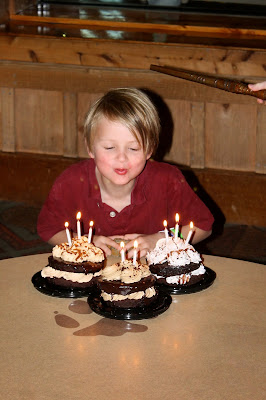 He opened his present - a nerf gun! 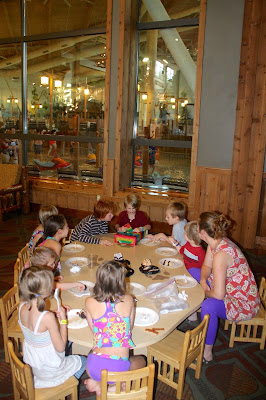 And he received the traditional "Birthday Kiss" from Mama and Dada! 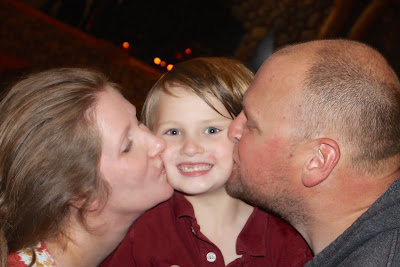 Jasper, you are such a "cool" guy! We love spending time with you and watching your enthusiasm for life. You are super friendly. You love to build with blocks, making houses with your sisters, marble runs with your brothers or robots out of mega blocks and all sorts of Lego creations. You have the loudest laugh when we watch movies, you're the loudest anytime actually. You are still working on being gentle, and are not as rough as you used to be, but still jab us with an occasional elbow or knee unintentionally. You have written many great stories and have amazing math and dance skills. You are reading the Magic Tree House series right now and really like it although you still can't read in bed, not because your not allowed, but because you fall asleep within seconds of your head hitting the pillow. (Which by the way, still has to be perfect, like the rest of your bed before you get into it.) We love you and your quirky ways! We know God will use all of your talents and great personality for His glory! Happy 8th Birthday, Bubble Baby!