12-19-14     The fabulous Shari hosted her annual Gingerbread house party, which sometimes I think she does just for me, because this time our family was the only family to bring gingerbread houses ready to decorate. Well, actually we made gingerbread Bethlehem again. I was really proud of the kids too, because since they were the only ones to have things to decorate at the beginning the other kids watched them and right away they all invited their friends to help them decorate their buildings with them. Mimi came with us since she came up with Poppie and Nonnie and they went to work on rentals and helped the kids make sugar cookies. 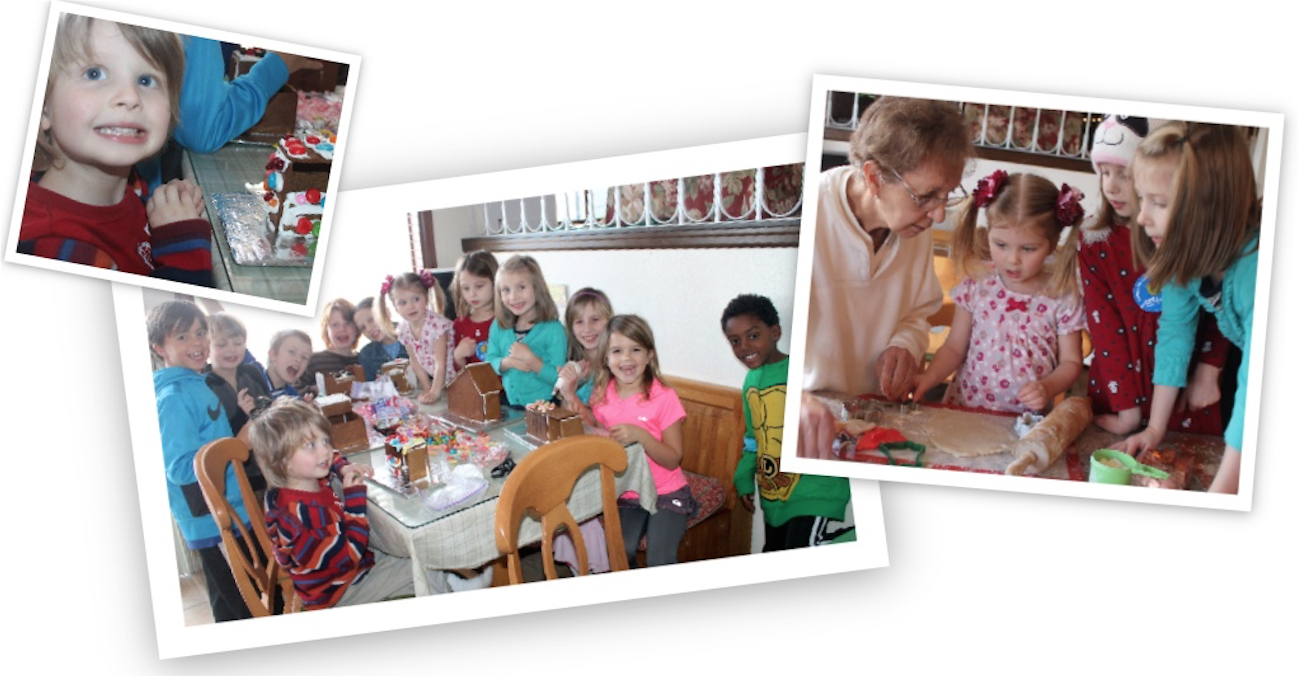 12-20-14     The super busy day! We started the day by sewing the traditional Christmas jammie pants. (Well, actually we ended the 19th by sewing the pants, but we were still sewing past midnight, so technically, we started the 20th by sewing too.) Nonnie and Mimi helped, good thing, because making 9 pairs of pants takes a while. This year Peter came up with a brilliant idea to buy holiday flannel sheets! We bought two queen sets at around $20.00 each and voila pants for everyone! The girls have been reading the Frosty book a lot and dressed Poppie up as Frosty. At lunch time, we headed to the Norquists for their traditional viewing of White Christmas, but they put on twist on it this year and had a White Sushi Christmas party! Jon taught us how to roll our own sushi and it was good! The kids loved it too! But we didn't have time to watch the White Christmas part, because we had to head to Seattle for Shmee's surprise engagement!! Peter had helped Steve set up a scavenger hunt the day before and it ended at a gazebo filled with candles where he would propose. Peter had the job of kicking any bums out of the gazebo, putting the last clue, which included the ring, there and keeping the candles lit. The last one ended up being the hardest as it was very windy. He got a good workout. I waited with Tuff at a nearby coffee shop for Peter. Once she said, "Yes" Peter waited for them to leave and then cleaned up and the whole family met them at a restaurant for a surprise engagement dinner. She was very excited! 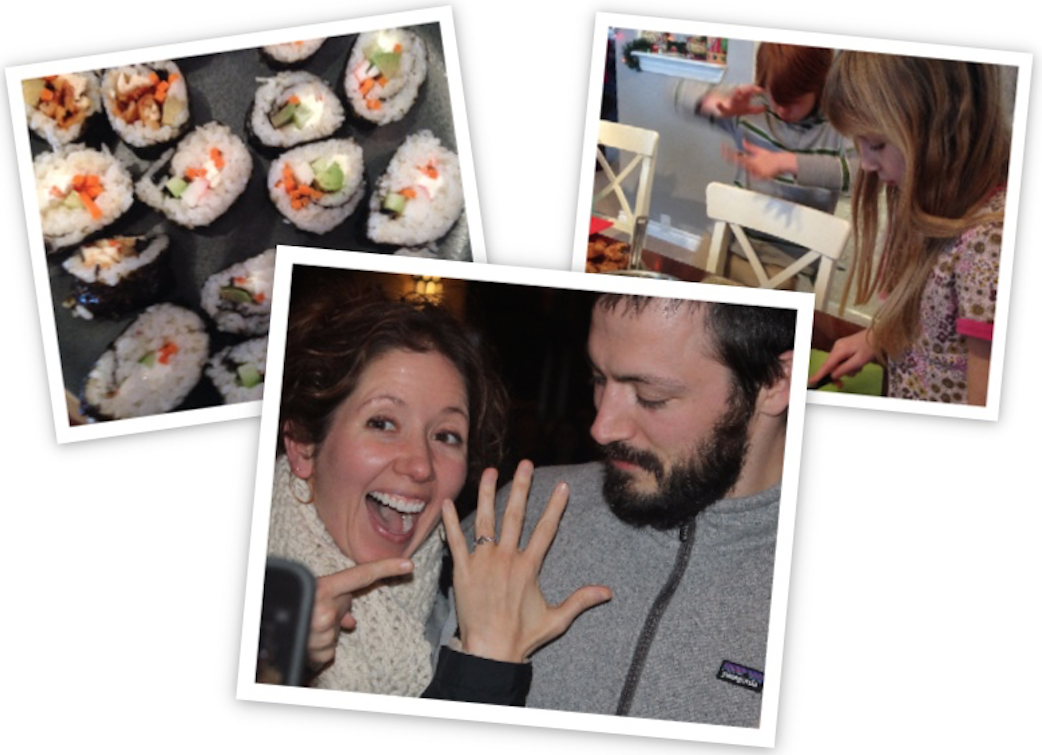 12-22-14       The 3rd Annual Family Christmas Pageant at LC3!  Three years ago we told Miss Niki that we would love to host a simple family pageant where no rehearsals are needed, the kids could come as any nativity character they wished and they would take turns reading from Luke 2 and singing songs. She made it happen that year and each year the stage gets a little fuller. Dada and ChristinEss did the music. This year Eben was forced to play Joseph. (For some reason all the girls want to be Mary and no boys choose Joseph.) Kivi, Jasper and Opal were shepherds. (Kivi was a bit of a pouting shepherd because she really wanted to be Mary, but she wasn't chosen out of the hat.) Berg was a wiseman. Pella was an angel and Tuff was Baby Jesus. (Which was why Kivi really wanted to be Mary.) This was actually the second play Tuff had been in during his short little one month old life already. He also played the one and only baby in the One of a Kind Christmas play the week before! 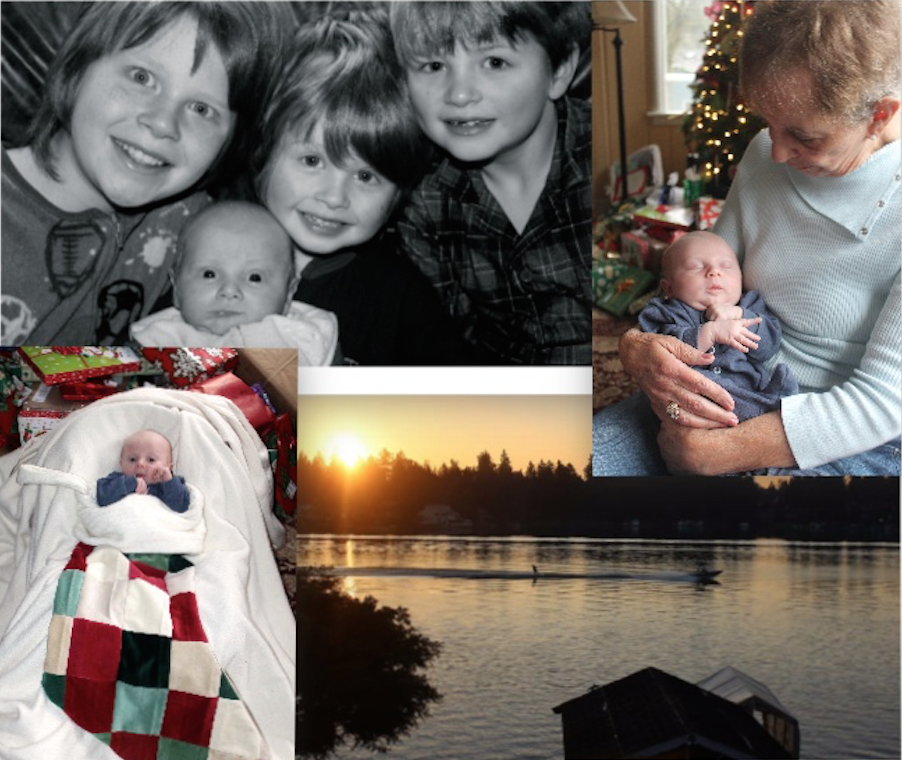