The kids worked really hard reading books for a homeschool reading program at the beginning of this year and were all awarded with free passes to Silverwood, a theme park in Idaho. We decided to actually go and take them this year, since they were given free tickets for the same program the year before and we never went. We borrowed our friend's trailer and slept in the Silverwood parking lot when we got there. 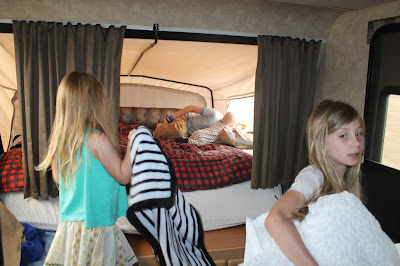 The next morning after moving the trailer to the theme park's campground and a breakfast in the trailer we walked to the theme park. It was actually much nicer than I was expecting. After a ride on the merry-go-round we quickly realized we had better split up if we wanted everyone to enjoy the park. So Dada took off with the older three and headed for the fast paced roller coasters and Mama went to little kid land with the four youngest. Their favorite was the train that goes around the entire park and stops for a stunt show that you watch from the train. It was about a half hour long ride! 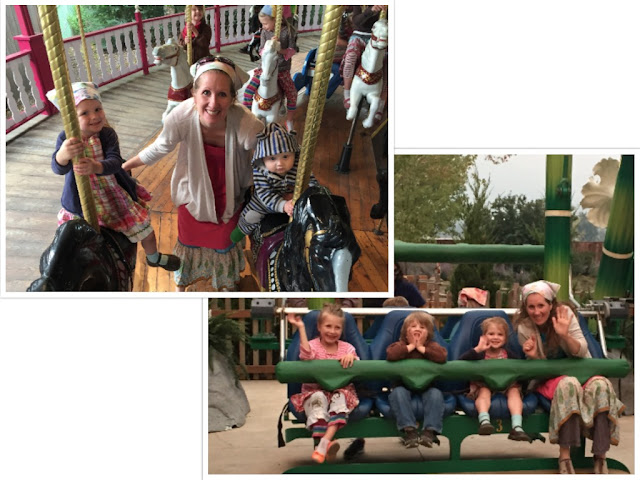 We all met up after a couple of rides and rode the log ride together, well, in three different logs. 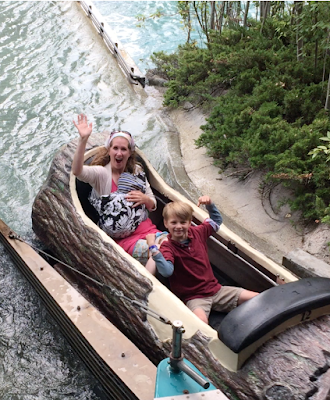 We even got a family picture in front of some beautiful flowers. 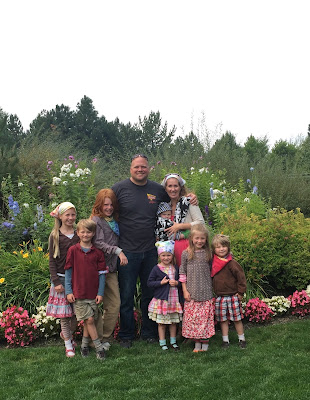 Then the big kids and Dada were off again, to enjoy puke spin rides and wet river rapids. 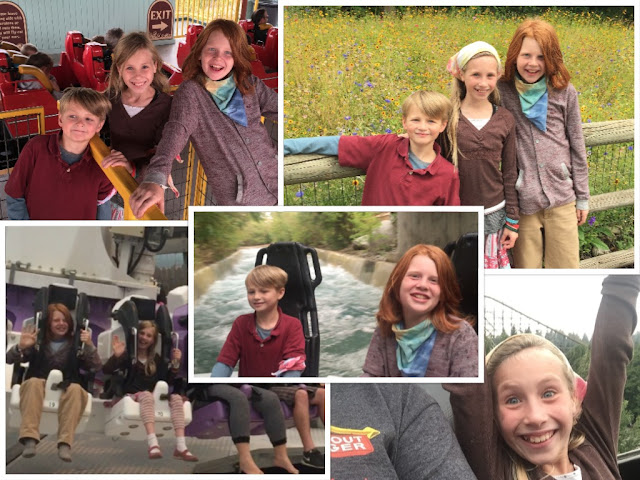 We all met up again at lunch to eat some cheese, crackers, fruit and salami and the big kids rode on the little rides with the little guys. At one point we even met up with our friends, the Holmes, who are the ones that told us about the reading program in the first place. When it got late, Dada took the little ones back to the trailer and Mama took the big three on a couple more big rides in the dark. 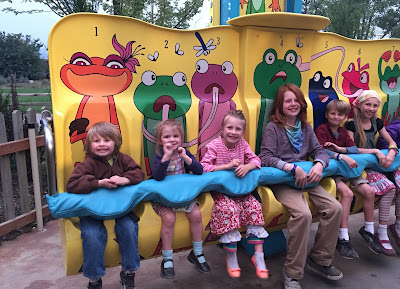 The next morning after sleeping in the trailer again, Berg asked, "Can we all go to the big playground again?" I thought he meant there in the campground, but he wanted to spend another day in Silverwood. They had a really great time. On the long ride home we had packed some ice cream cones in the trailer freezer so we ate those at a super windy truck stop, while playing with tumble weeds. 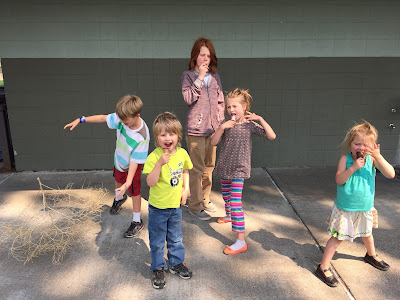