Baby Showers
Berg is so blessed - he got to have 2 baby showers! I can't believe it! He's baby #5 and he gets to have that spot in his baby book filled out - if I ever get to that. I know this is a rarity for a fifth child. The first one was thrown by the wonderful Schocks on June 12th - a murder mystery party! I was Muffy, little miss perfect, married to Derick (Peter) a loser and an obnoxious jock. It was so much fun - I love these kind of parties and the food was delicious too! I love our cool friends! 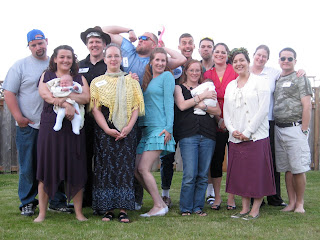 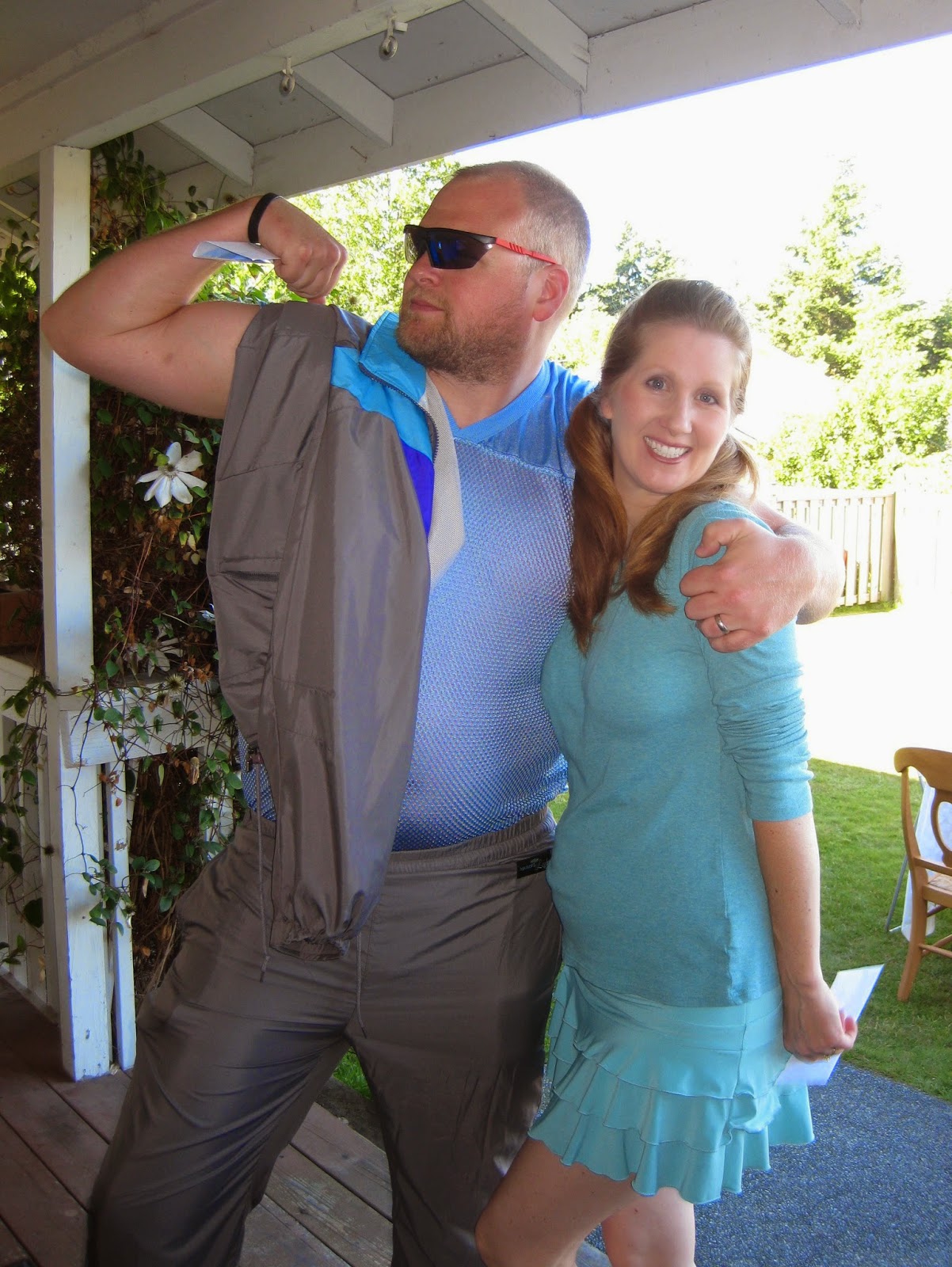 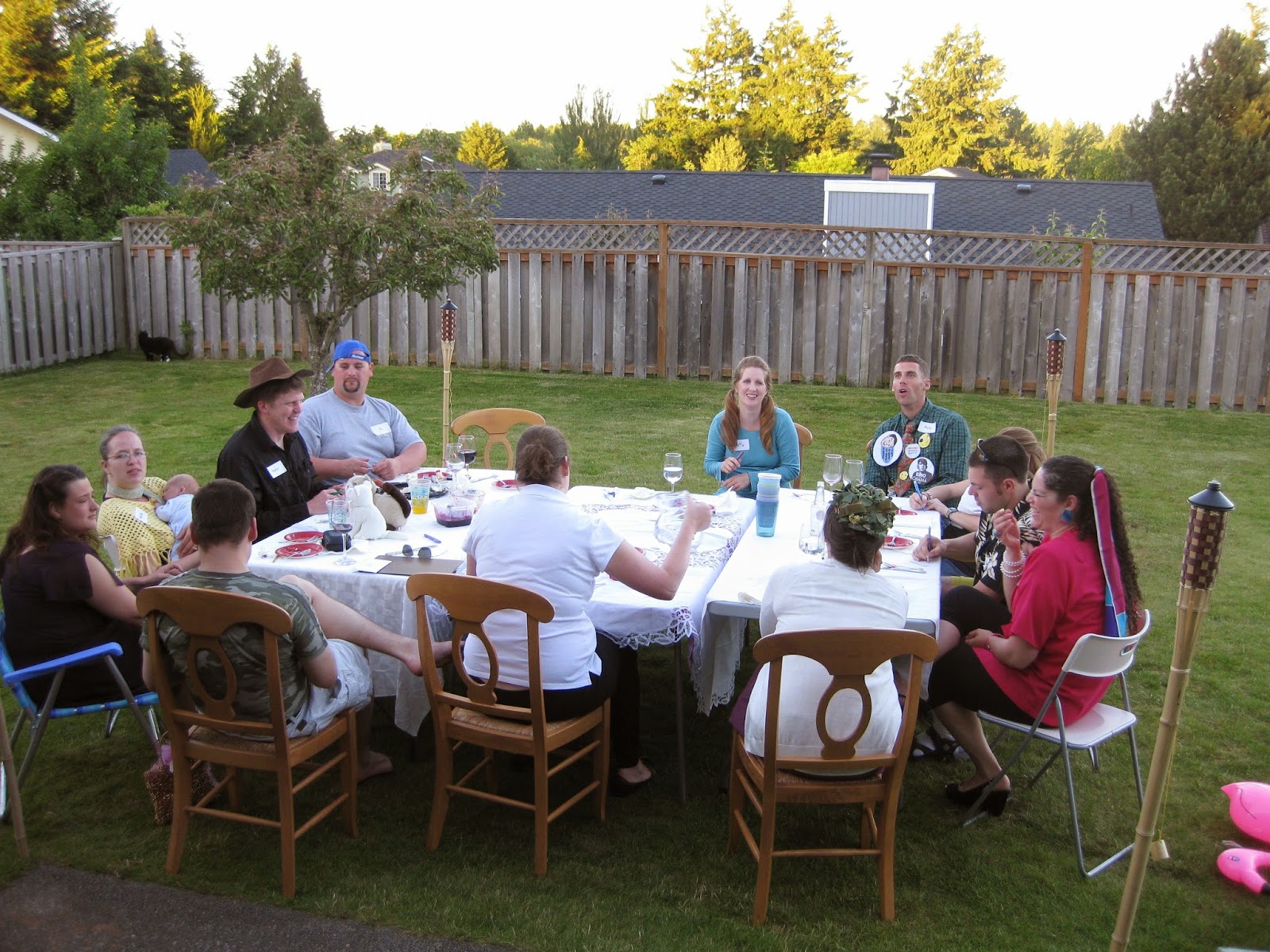 The second one was at our new church Lake City Community. They throw baby showers for all the new member/attenders who have babies. So Kristy and I got to have a duel baby shower for Julia and Berg who were born about 6 hours apart. It was a freezer meal shower so instead of traditional gifts the ladies gave us dinners, which was the most awesome thing! 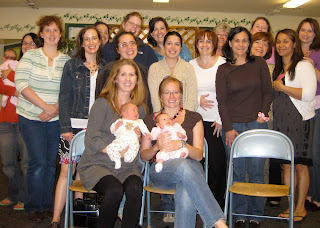 Basketball
On June 19th Peter played in the Helmets vs. Shields basketball game. We sat up in the stands with a sign we had made for him and cheered and ate candy the whole game. The kids loved it! And the police beat the firefighters for the first time ever! (I think.) It was a great game - until the last minute of the game, when Peter's lip met the back of another player's head. 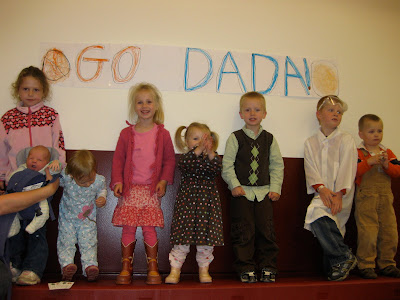 After the game, Dada had to go to the hospital to get his lip super glued back together. 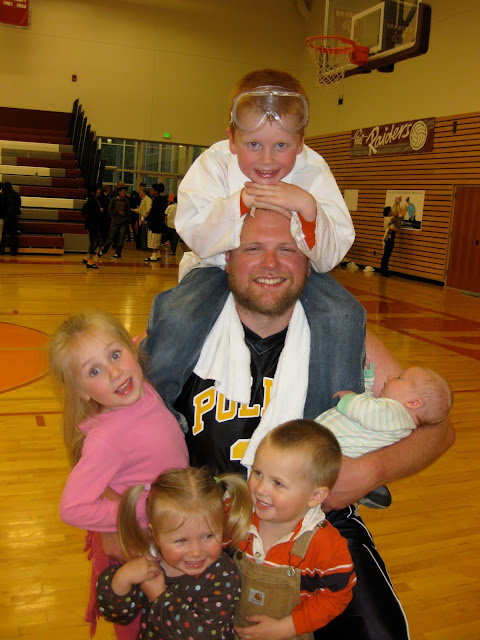 And here's one more pic of Dada and all his babies on Father's Day. The kids made him cards, breakfast, picked him flowers and tried to let him sleep in until we had to go to church. (Eben is seen in his recent attire - a lab coat and goggles with no lens which he's been wearing every day for almost 2 weeks now.) 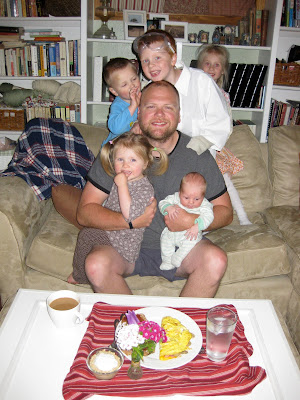