April 17th: Kivi cashed in 20 special helper rockets to go on a date with Dada. He bought her new boots, not thrift store boots, brand spankin' new ones! They went out to The Great Cuisine of India for dinner too! 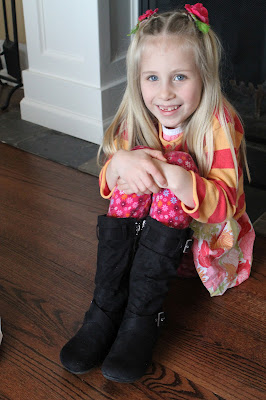 April 20th: A trip to the hospital to meet the Norquist's new baby, Nicholas, with Shari before heading off to Lake City's Women's Retreat for the weekend! 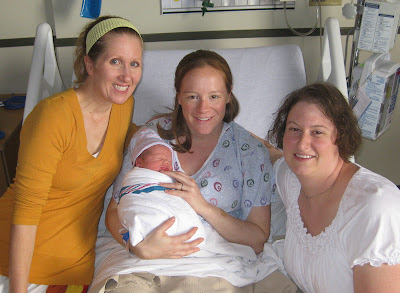 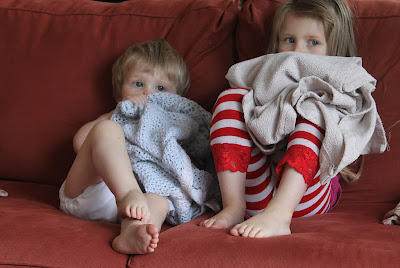 Jasper cashes in his 20 special helper rockets to go on a date with Dada to get his hair cut and styled. He also got some blue gel and had dinner at Red Robin and mud pie! 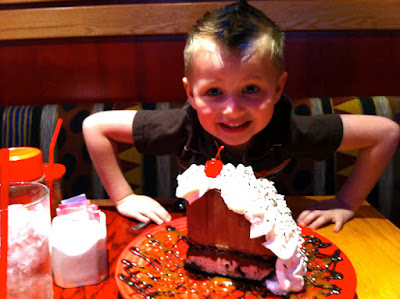 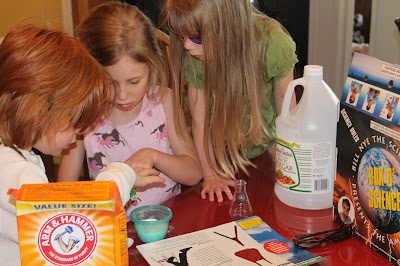 April 24th and almost everyday after that: Gardening!!! I'm in love with our garden beds, and it finally got warm enough to plant some vegetables in them. 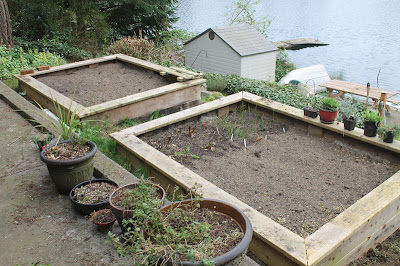 Opie helped me make a pathway through the flower garden below the vegetable garden. 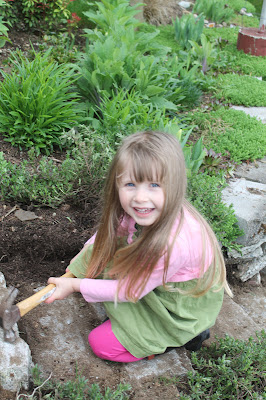 April 25th: List of things Eben has broken in the last couple of months grows: Dishwasher (by falling over it backward), shower curtain rod (by hanging on it), two glasses, his door (by rolling off of a huge ball. His knee went through it.), the dishwasher (by falling over it while walking backward- again!!), a gravy boat, two plates, and this; Peter's huge glass container with coins he started collecting in 1999 for our "honeymoon fund". 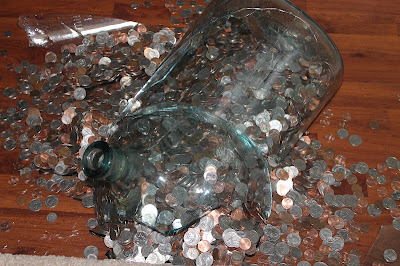 Pella gets added to the family tree! April 26th-28th: Peter and I went to our first homeschool conference. The kids stayed with Auntie Tonya and Uncle Chris and Grandma and Grandpa while we went alone! It was quite a learning experience and very encouraging.
April Art Wall in the dining/homeschool room: 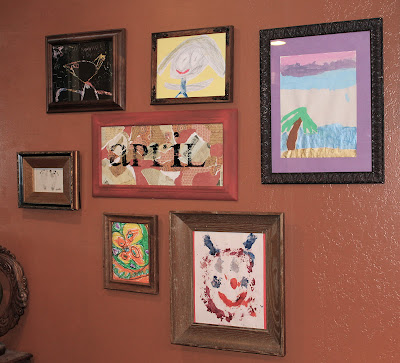 May 1st: Eben cashes in 11 special helper rockets because Dada wanted him to get a haircut. He got red gel and an ice cream sundae with Mama. 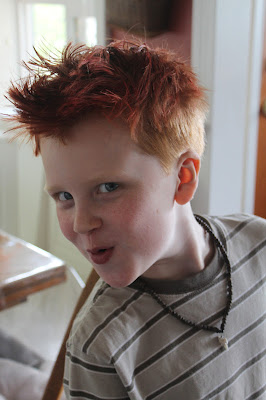 Dada's Anniversary present: a new drill, which he promptly used to hang the guitars in the dining/homeschool room. 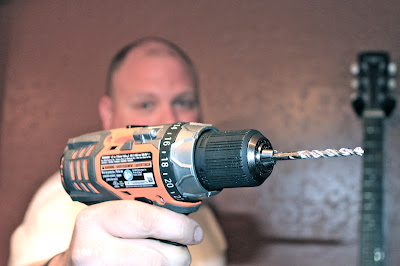 Fragrant lilac flowers Dada picked for Mama, which she put all over the house. These ones are in the kitchen. 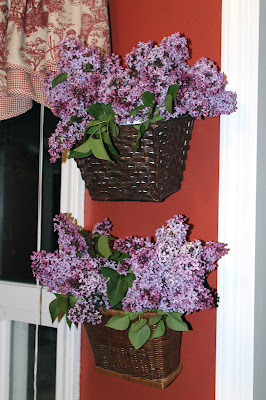 Wow, lots going on in this post. The funniest is about Eben breaking things. Let's hope it's just a stage he's going through and not a permanent trait!!!!
I love you,
Momacita

Can there be a pic of Kivi wear one of her new boots and a shoe on the other foot?