This year our family was very involved in our church's Awana program. Peter and I took time off from small group to lead our Cubbies ministry, the preschool Awana program. We had a fun time with all of our sweet kids. Some nights were more challenging than others, but overall these kids did great! We learned a lot and had tons of fun teaching them God's Word. Our leaders were amazing as well! 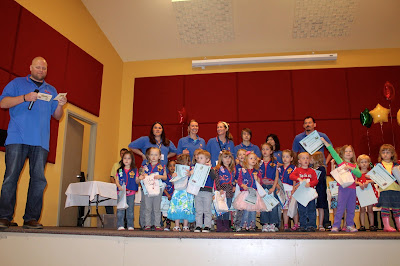 Opal graduated from her last year of Cubbies! She was actually in Cubbies for 3 years, (2 is the max) but we realized she was not ready for Kindergarten or Sparks yet and we were leading so we could keep her in. 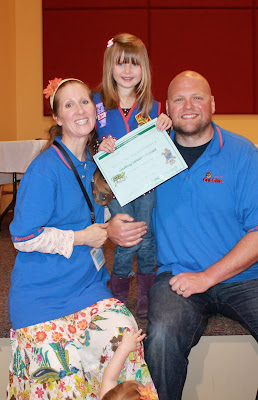 Jasper completed his Hang Glider book (for the second time!), yep we did the same thing for him. Last year he was in K1 and this year he did K2 we just spread Kindergarten out over a two year period. He also was able to earn 3 Truth Script pins, which you get for saying assigned, large portions of Scripture. 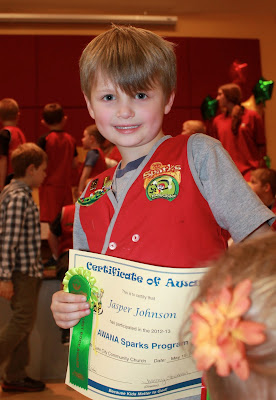 Kivi finished her third book, Sky Stormer, earned every Truth Script pin there was to earn (she has 13 total!), and received the Sparky of the Year Award, an award that went to one Sparky that went above and beyond and the commander of Awana gave her a balloon and gift certificate to Michael's to buy her own craft supplies. 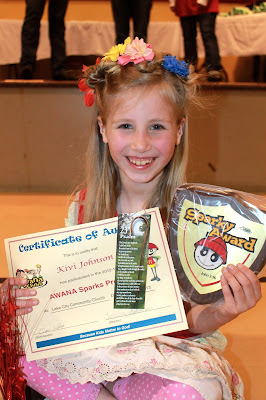 Eben finished his first T&T book, and got the Alpha award metal and pin. 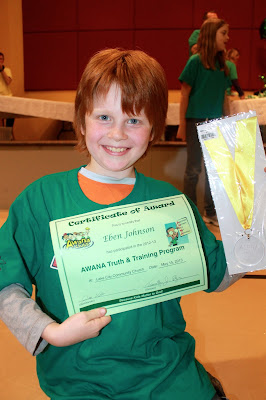 We are so excited that these kids are learning so much Scripture and are ready to go back next year and push themselves even further. They have goals. We have very happy hearts. They've worked really hard and now we get to watch for moments to use the Scripture we've learned and put it into practice in daily life. 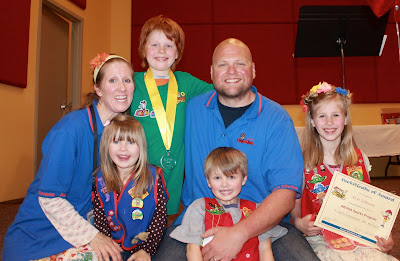 I love that you guys led Cubbies this year .. so fun! AWANA is great, isn't it? Jeremy is gonna be T&T director for us for next year and I will have a little more flexibility to help out wherever cuz I found another couple to be the commanders .. I was this past year. :)

What a great ministry AWANA is, and what investment - memorizing God's Word. Hats off to all the kids for their hard work, and expecially to Kivi for going above and beyond.
Love,
Momacita