We love Poppie and Nonnie and are so glad they came back to ski with us since we didn't get to go out on the snow in Bend. Mr. Steve and Dodie came up to Snoqualmie too on Feb. 11th and everyone took turns skiing with the big four. We let them all go down the big hills this time! Even Opal did amazing on the big hill and getting on and off the chair lift. Berg went on the magic carpet once and called it a day and Pella even got pulled around on the snowboard. She loved it. We set up soup and cornbread and our own movie viewing station for the little ones and skiied until they closed. 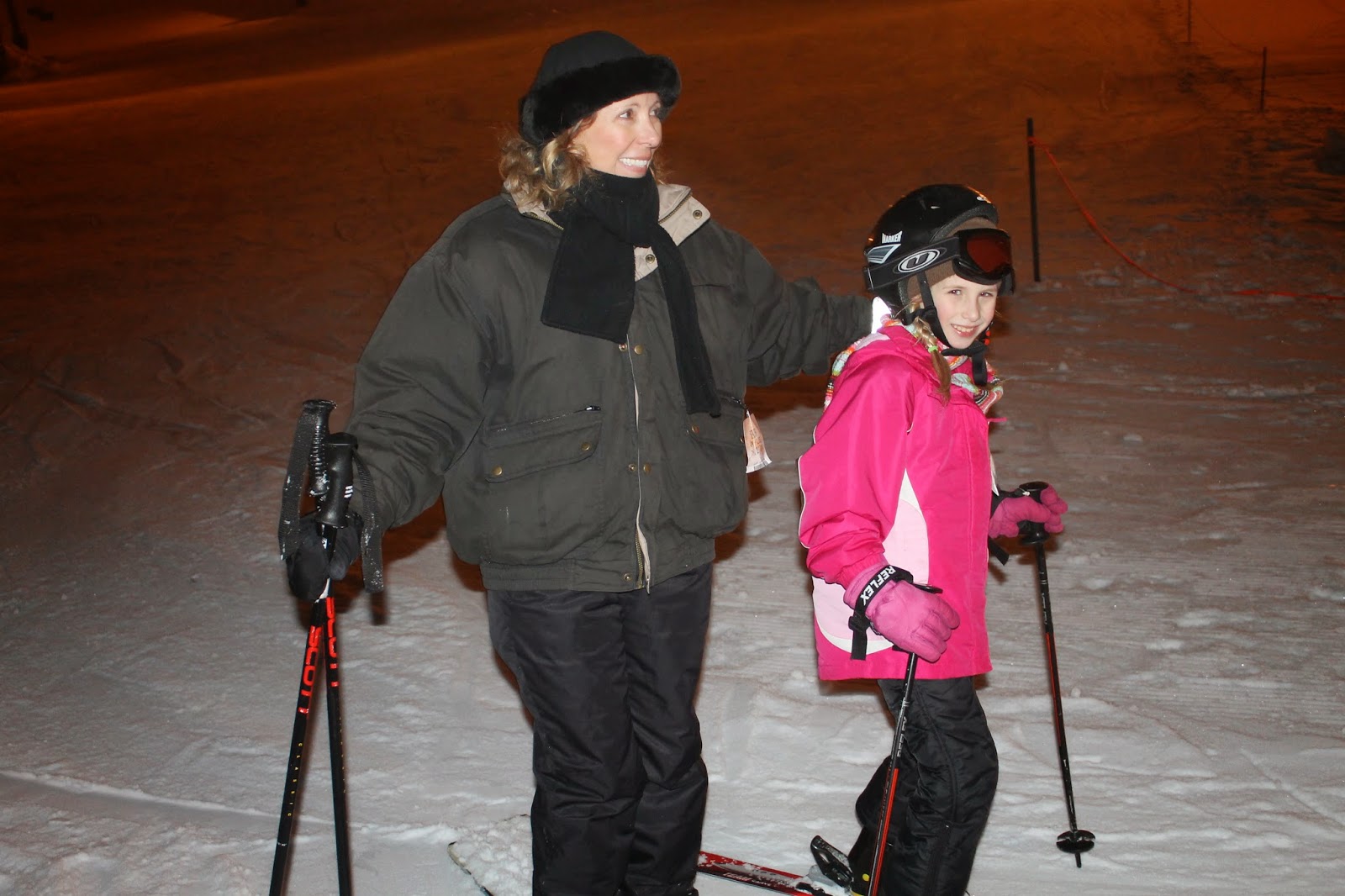 On Valentine's weekend we went over to our friend's the DeyArmins, who live out in the country and spent the night at their house to watch their great kids and let them have an overnight date adventure. The kids love to play in their big garage and set up tracks it's actually amazing no one gets hurt, it looks like a 3 ring circus going on. 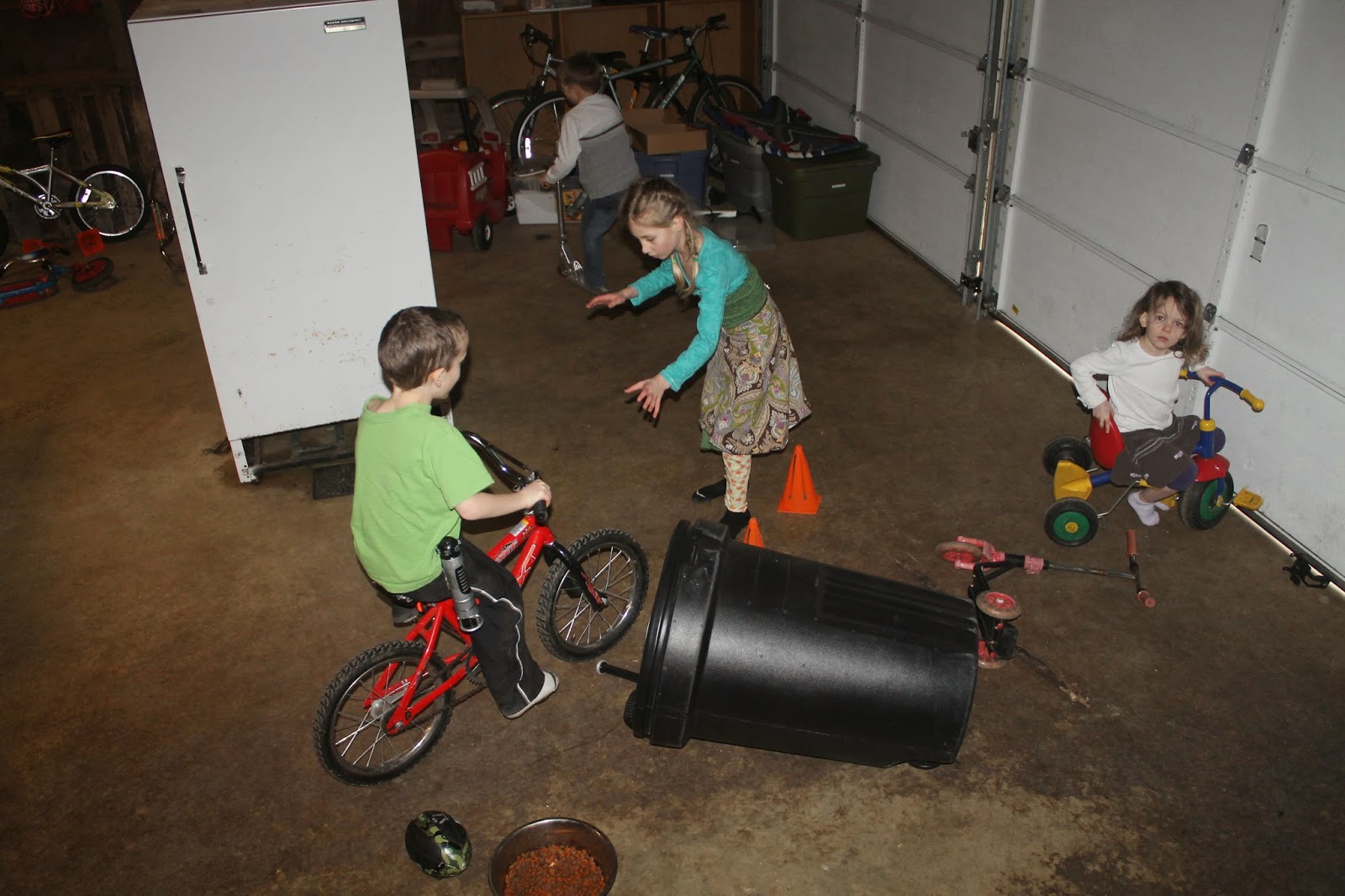 They also held court many times and at points all of them were sitting on the couches presenting their case to the judge - even the babies - it was hilarious. 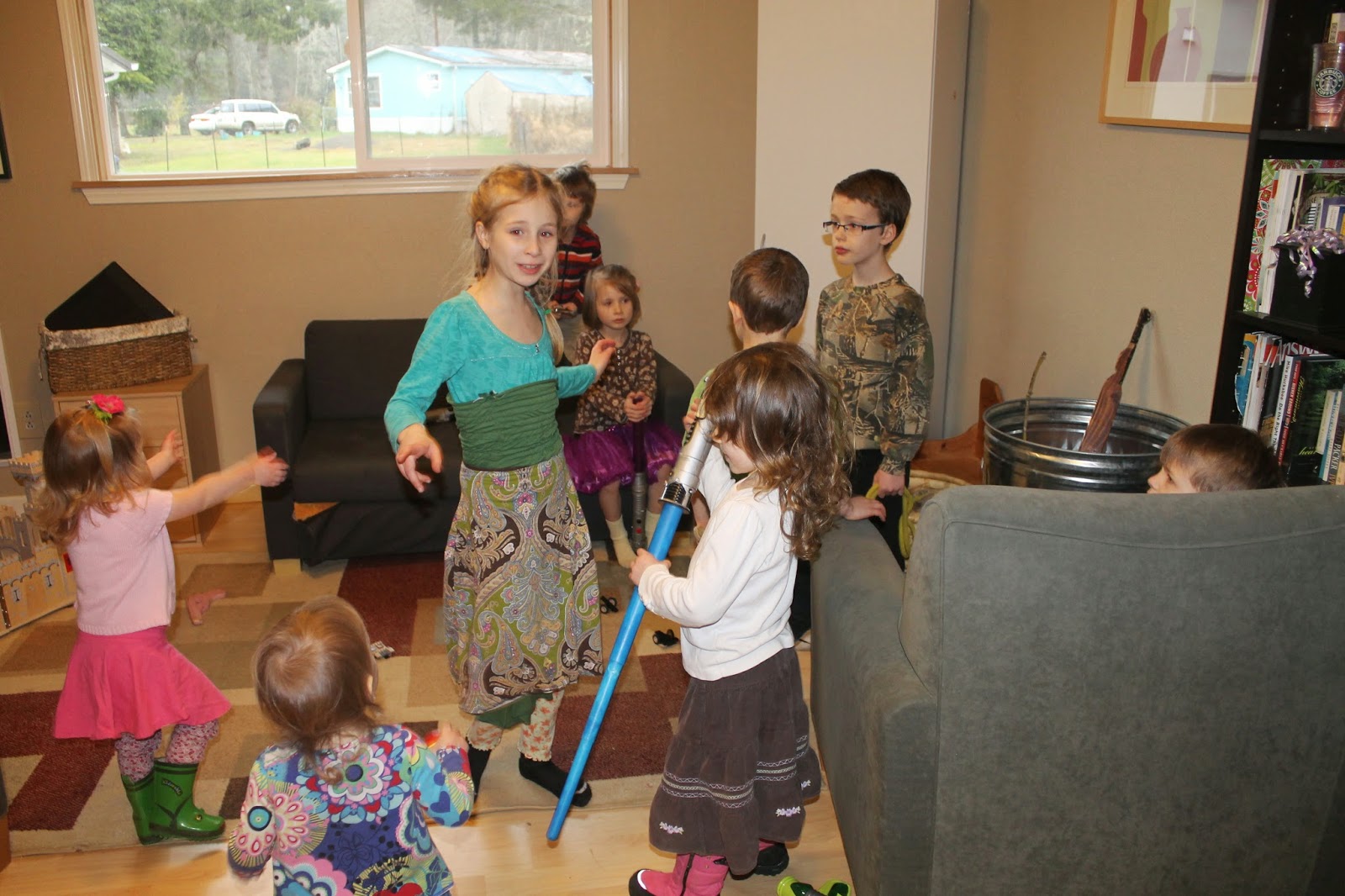 We had our own Valentine's Party and made cookies, decorated envelopes and taped them all over the house and then stuffed them with fun Valentine's and candy. Then each kid got to go find their envelope and open up all the cards and eat the candies. I'm sure Carl and Drea were thrilled we were there to fill their kids with sugar. The sugar jar at their house is literally labeled "White Poison". We had fun with the label maker while we were there too and added some fun titles to some of their 300 labeled items in the kitchen like "Eye of Newt" on the lentils and "Rabbit Pellets" on the black beans. 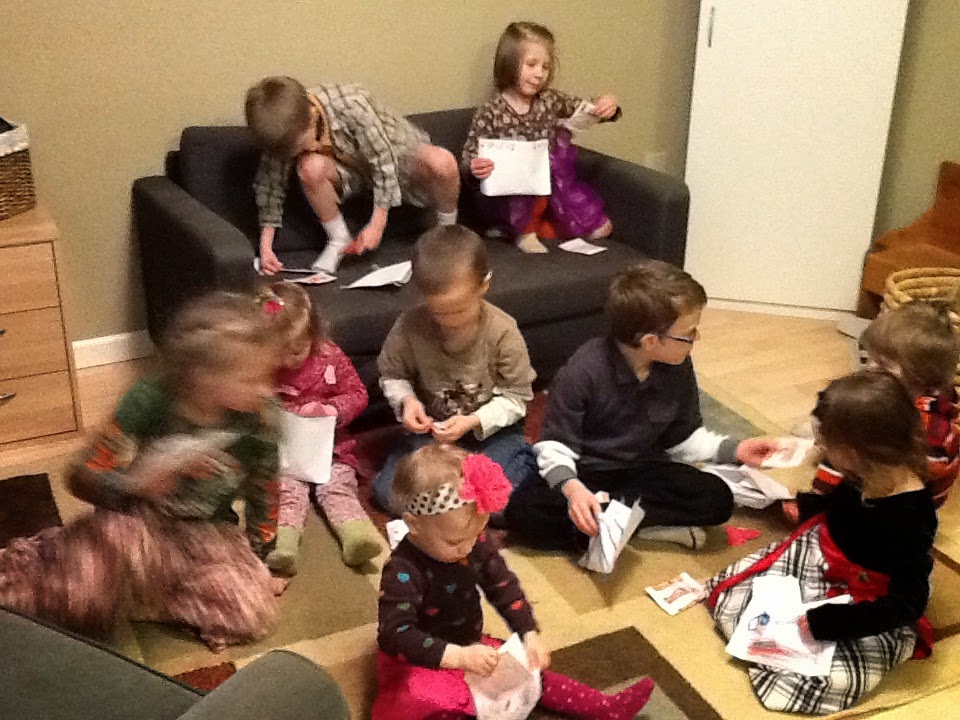 While we were there we also dropped off our oldest boy at his first camp - Movie Maker Weekend at Shiloh Bible Camp. What we didn't realize, is that the camp was for middle schoolers and high schoolers! He was definitely the youngest one there. We were actually nervous and scared for him and prayed for him like crazy. We were even going to go back and get him if it wasn't working out the next day. But we were reassured by the camp director that he was doing fine by phone, so we let him stay. We came back four days later to pick him up and he had loved it! The older kids were all so nice to him. He had a starring role in his team's movie and won best actor, and even learned how to do this: 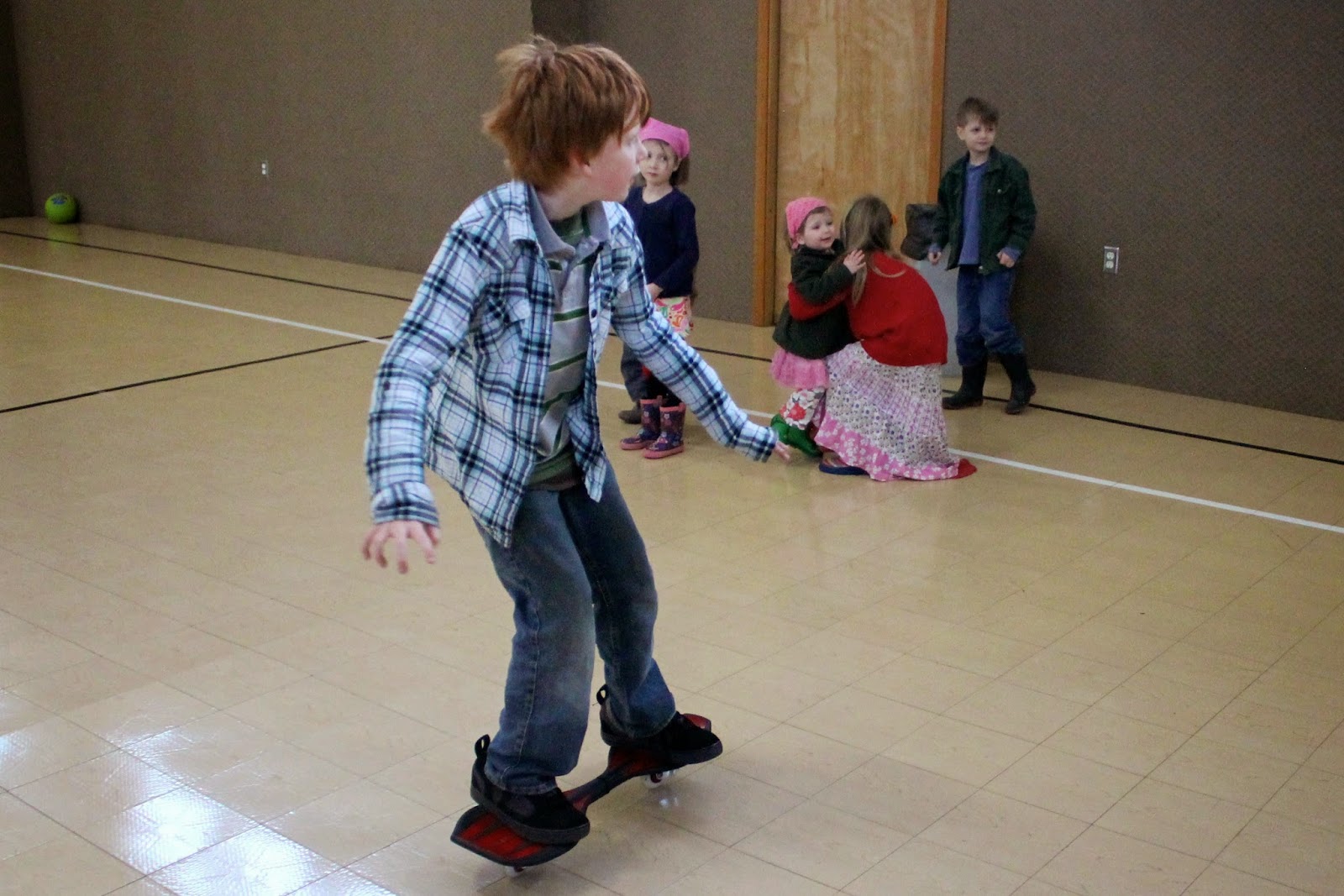 He showed us all where he slept in his cabin, then we all ate lunch in the dining hall and watched the movies they had made before we drove back home with our boy - all in one piece, who talked about how much fun he had the whole way home. 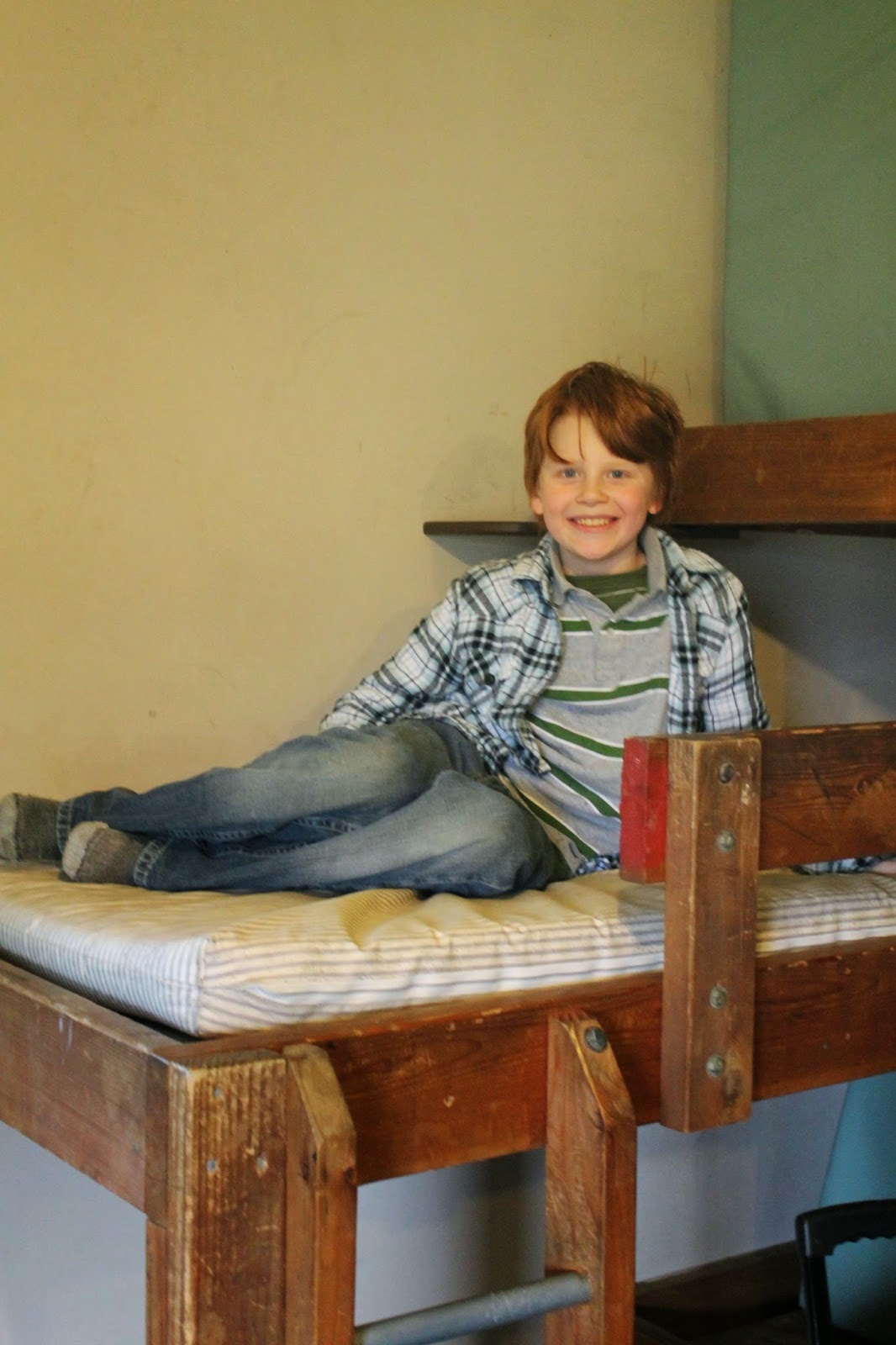