Sewer, Ships and a Baby Shower

Sept. 23 - 25th  - Dada had found the clean out pipe (after digging almost 5 unnecessary feet down) only 2 inches beneath the grass, but directly under the sprinkler pipes, so we didn't think to dig there. Dada taught Eben some PVC skills so he could fix the sprinkler pipes that they had to cut through in order to get to the sewer clean out. After running many snakes, Dada finally broke through the clog and we were able to use our appliances and sink again!! Yay! 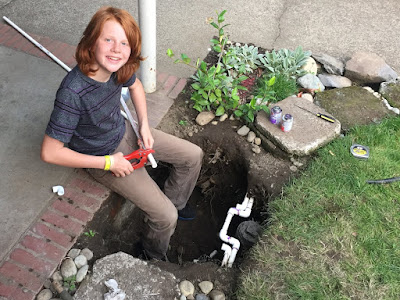 Sept. 28th - The kids made their own versions of the Niña, Pinta and Santa Maria and launched them across the "Atlantic Ocean" hoping they would reach the "New World"! 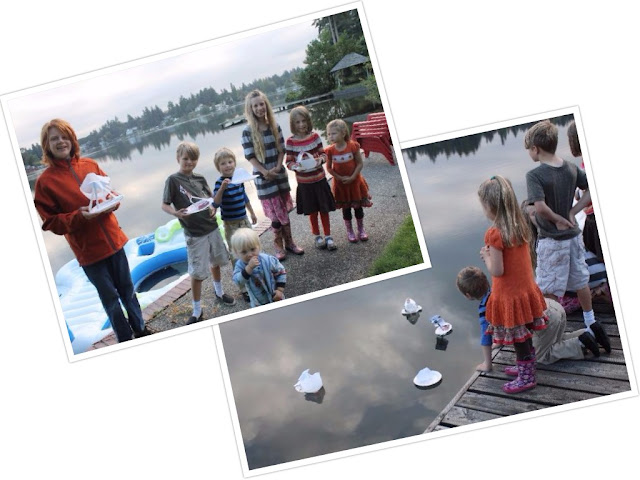 Also, we created some colorful styles for crazy hair night at Awana. 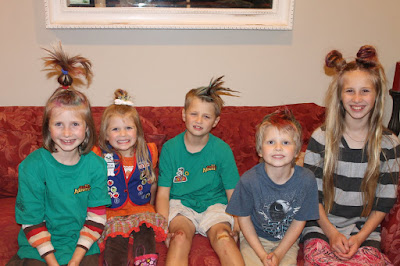 Sept. 30th - Baby Coal's Murder Mystery Baby Shower!
Our great friends the Schocks threw us another amazing murder mystery baby shower making this the fifth one they've given us! The theme was The Spy Who Killed Me, "a civilized evening of espionage, code-breaking, backstabbing and graduating with honors!" Tim was the real villain of the night masquerading around being all nice to everyone.  Carl won "best dressed",  Jefe won "best actor", and Peter won. This is always such a great way to welcome a sweet, little, innocent baby into the world! Thank you, Schocks! 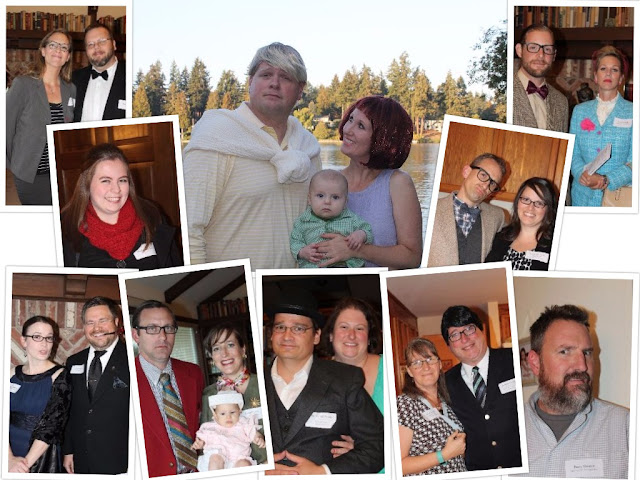 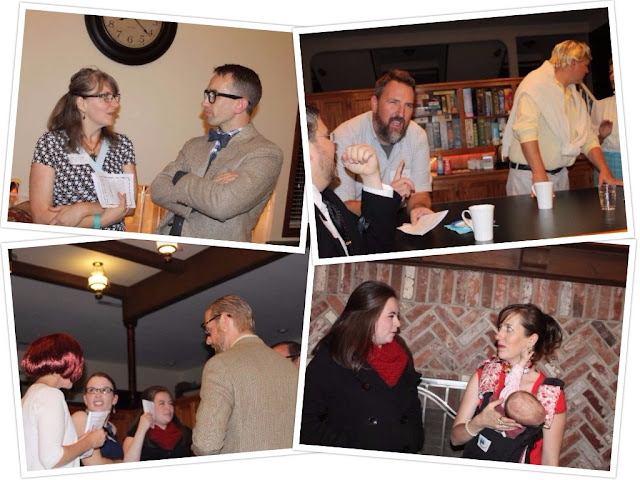 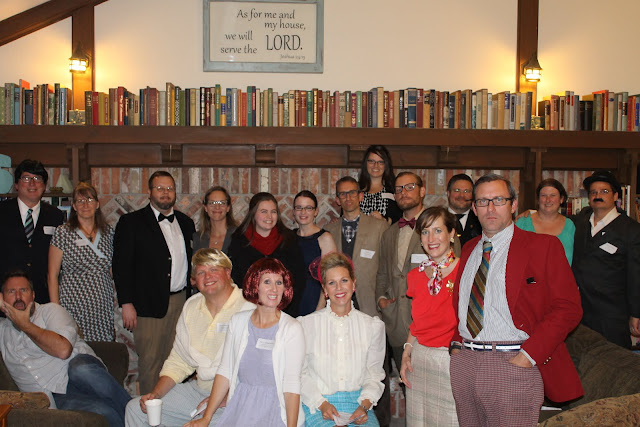 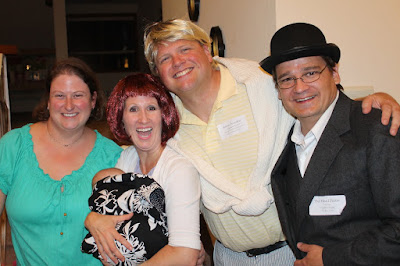