September will be remembered as the month we thought about how hard pioneer life must have been and we didn't even have it that bad. We couldn't use our kitchen sink, dish washer or washing machine, so the bathtub became our wash tub. Our incoming water still worked but the line out would flood the mud room every time we let something go down the drain. So we could either do dishes in the sink in a big pot and toss the dirty water outside or just do it in the bath. Grandma was super helpful in taking loads of laundry all the way to her house and we used LOTS of paper plates. 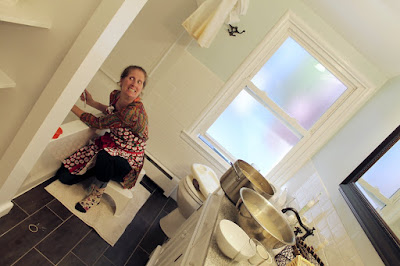 After doing the dishes this day, Sept. 12th, Dada surprised Mama with a date to the fair, with only one Coaly kid. We ate tons of bad for you food. 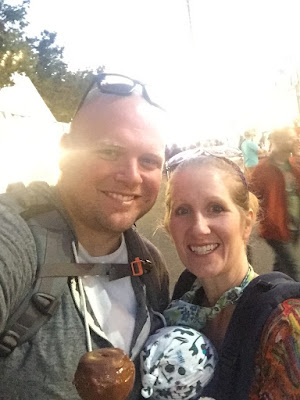 Sept. 13th Coal has his first real food, rice cereal and he loved it! I don't think we've ever had a kid eat the whole bowl that fast! 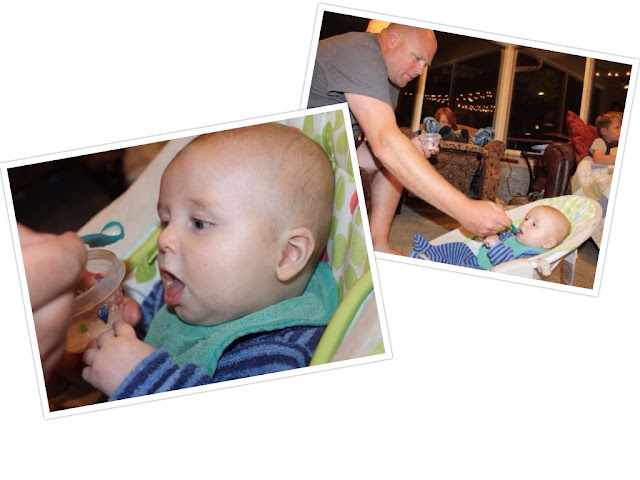 On Sept. 17th we drove out to Spokane and stayed at a hotel so that we could go to Silverwood the next day and redeem the kids homeschool reading program rewards, free tickets to the park!! Our friends' mother even came to the park and got more of us in with her local pass!

The only rides we all did together was the carousel and the log ride. 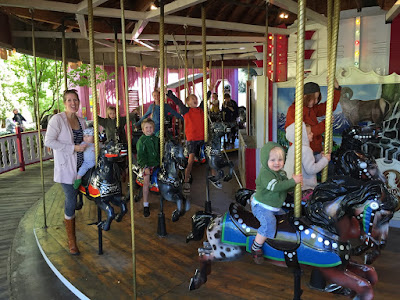 Even the on the log ride we had to go on three separate logs. After that the three bigs went around the park by themselves to do all the big rides!! 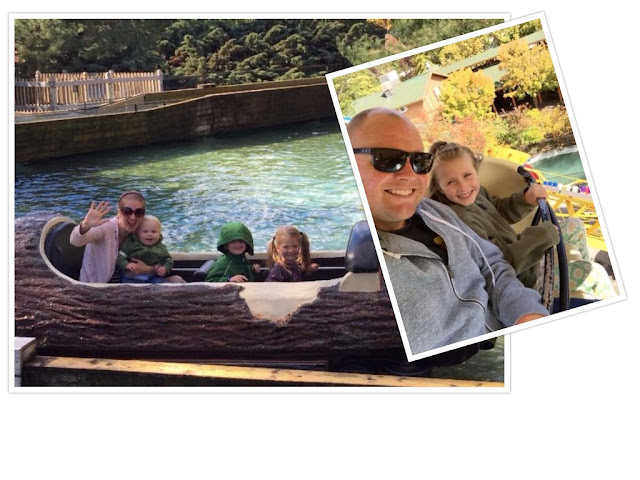 Mama, Dada and the five littles went to little kid land and took turns riding with kids and staying with Coal and Tuff (who did not understand why he could not go on most of the rides.) The babies were able to go on one roller coaster, so we did that a bunch. 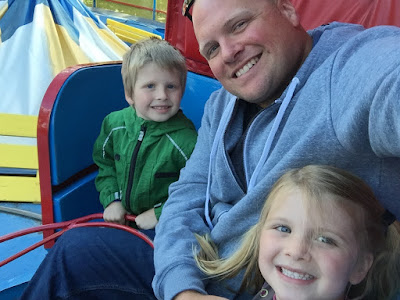 And we talked the guy into letting Coal go on the automobile ride, but not Tuff. He did get to ride in a helicopter. It's funny which rides allow certain ages. I'd think a flying helicopter would be more dangerous than an extremely slow car. 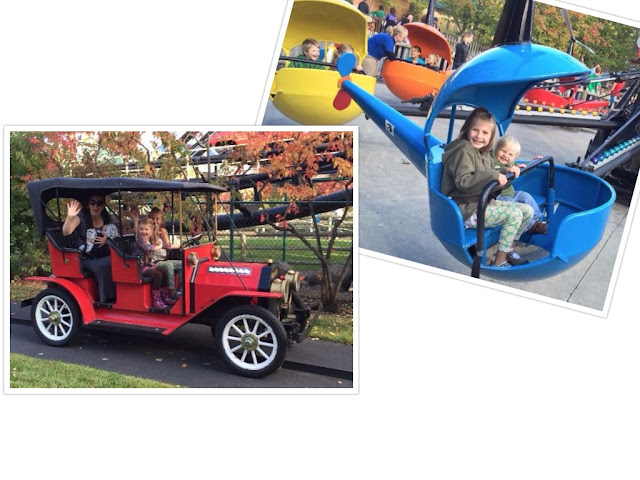 The most dangerous ride, for us, was probably the train that circles the whole park and takes about 20 minutes to ride. We boarded the train thinking it was leaving within minutes. So we rushed to park the stroller in the stroller lot. I hurried onto the train with all the littles and Peter went to go refill the popcorn bucket so we could have a snack on the ride. After sitting there for about 2 minutes I started thinking, "Wow just having 3 less kids makes a huge difference. This doesn't look like many kids" Then I count them. "1, 2, 3, 4... Hmmmm. 4 + 3 is only 7 and I have eight kids. Oh no!!! I'm missing a kid. Which one?" And I literally had to go through their names to realize I had left Tuff IN the stroller! So I dash off the train and the train master had Tuff and three men on walkie talkies were all standing around him talking about some child emergency and I go up to him and take Tuff and just say, "Oh, Thanks, maybe I should bring him with us!" And then into his walkie talkie he says, "Cancel that."
Then Peter joined us, the train left, we ate our popcorn and all was well. 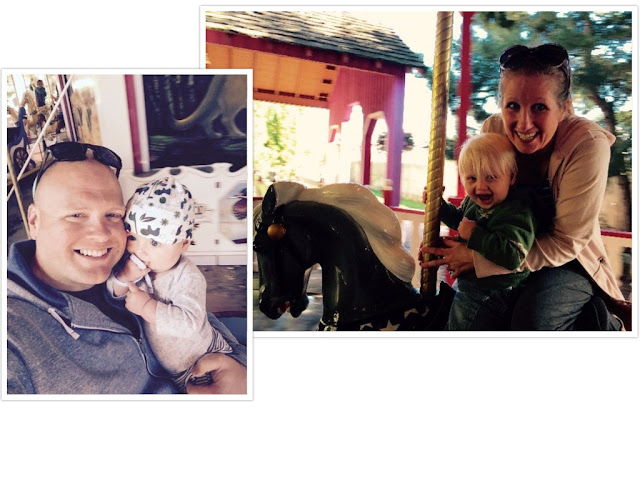 After the train ride we sat outside a cute little coffee shop and had chai tea and coffee while the littles feasted on caramel apples. (We had brought apples and square caramels and they'd take a bite of both together. It was delicious and they think I'm ingenious. Soon they will realize I'm just very cheap.)
Our amazing big kids were so responsible that they all stuck together and remembered our meeting time for lunch at the pizza place while we watched an amazing magic show together. This might have been the highlight of the day. (Obviously me almost leaving Tuff at the train station was the opposite of a highlight, but I feel like the three responsible kids almost makes up for it.) 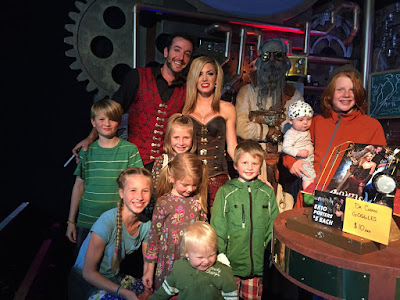 We went around together for a bit while Dada went on some big rides with the big kids. Even Berg and Pella went on some huge roller coasters. (Poor Mama cannot ride roller coasters any more because she's too old and feels like she's going to puke just looking at them.) Then at 6:00pm we posed like statues, called it a day and packed up because we had a long drive home. Thank you so much for Silverwood, Holmes! 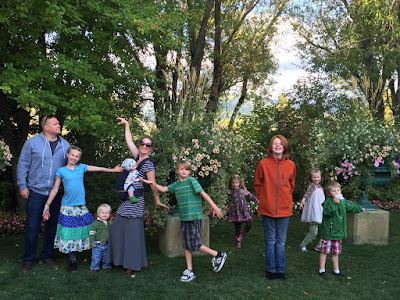