August 12 - 14th was our church's Family Camp at Black Lake. Peter and I backed off in the Programming dept. and just ran the skit night because we knew we'd have an infant. It worked out that we didn't try to do too much because Peter ended up having to work and coming later on Saturday. So I took all 8 kids all by myself for a day and a half to camp. It was crazy. I like it way better with Peter.  On Saturday night, Eben and Kivi did an amazing job performing the Rumplestiltskin skit from Studio C (Eben's costume was epic), but since Peter was running all the behind the scenes act changes and I was the MC, we didn't get any pictures!! Thanks for these, Chris! 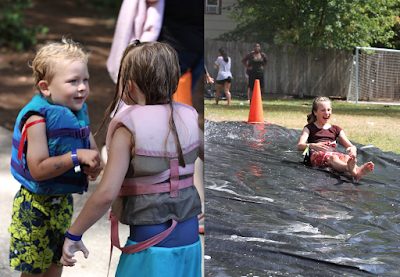 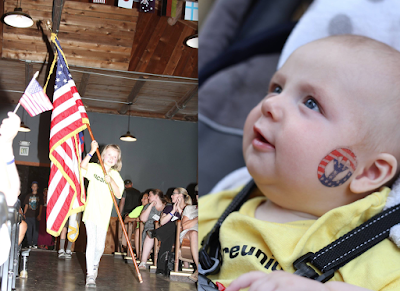 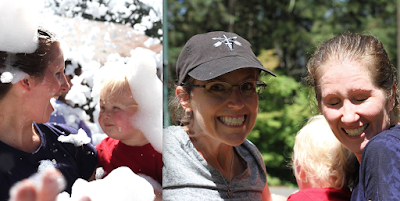 We did get lots of Eben and Derek on a photo challenge, which they won. 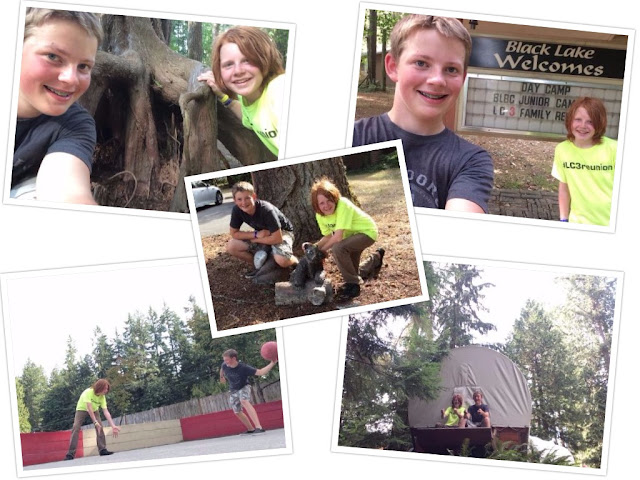 Sunday morning was a big day for Berg. He decided he wanted to be baptized! He was pretty nervous, because of course this symbolic ceremony required dunking in water, his arch nemesis. But despite his being afraid, he wanted to do it and after reading his testimony Dada baptized him in the cold lake. He was so brave! I know how much this kid hates water and he did it anyway, without any prompting from us. 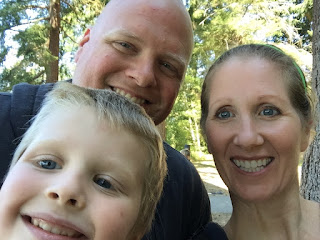 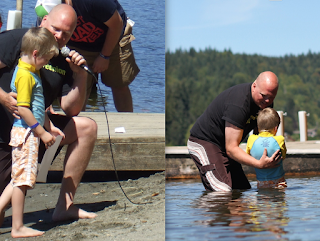 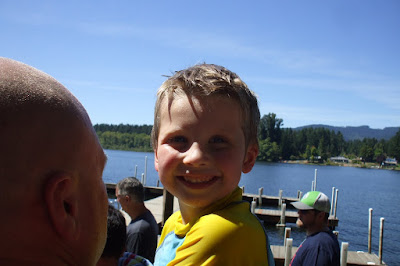 All of the Johnsons came out to see Berg's baptism! 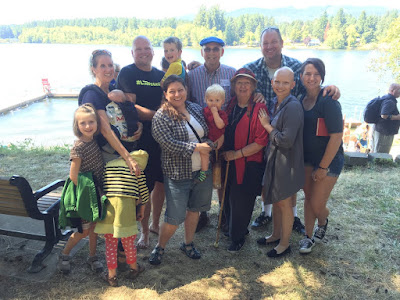