On the 18th, after making us all a delicious dinner, Buggy and Kookie told us they are going to have a baby! Tuff caught on right away. 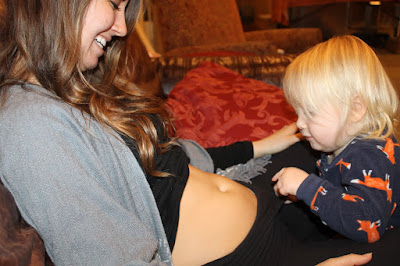 Feb. 21st The Schocks and us all went up to Snoqualmie for a ski night. We didn't take the babies so that made it much easier. Eben, Nathaniel and Jasper took off with John, Kivi and Grace switched off skiing and learning how to snowboard. I took turns skiing with Pella and Berg down the "big hill" while Dada stayed over at the magic carpet with Opal and Megan and whoever wasn't with me at the time. In the end I think all the little people made it over to the "big hill" and were going down with ease and confidence. I couldn't even keep up with Berg at the end, he's going to catch up to Eben soon! 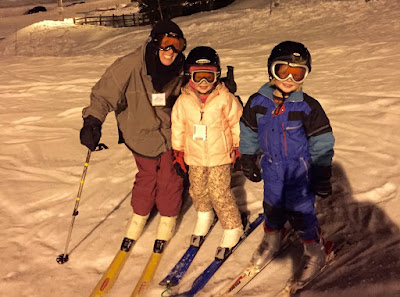 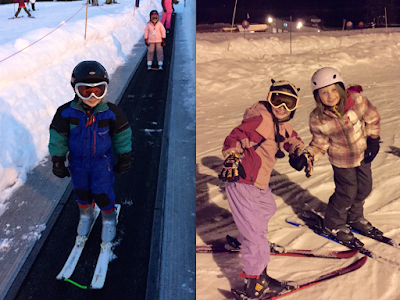 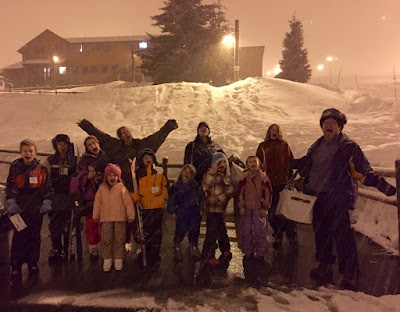 On the 24th, Peter had his commissioning ceremony to officially make him a sergeant!! Also,  I yelled out loud in surprise when they announced that he earned the Police Chief's Commendation award. I didn't know he was going to earn an award, too! We are so proud of our Dada! I wanted to throw him a big party, but he's a humble guy and didn't want one. Also the Mops auction was right after this ceremony. So we had a lovely dinner after with all of our friends. They just didn't know who they were all sitting amongst: THE MOST AMAZING MAN IN THE WORLD - Sergeant and Award Winner, Peter Johnson!! 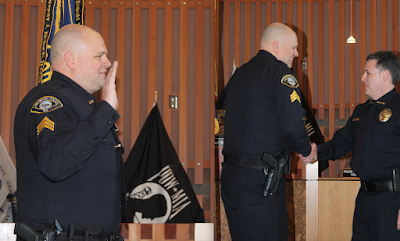 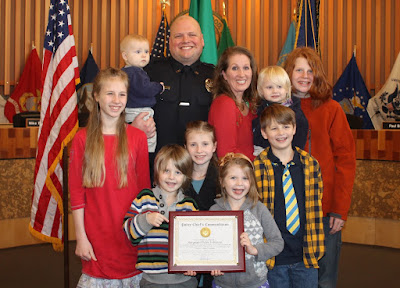