The Cutest Flower Girl Ever! and Gleaning of the Land Week!

Friday, August 21st was Kivi's (well, actually Brian and Carly's) big day! We had been talking about this day for so long and finally it was here! She looked so cute in her dress which matched Carly's bridal gown and did such a great job smiling and walking down the isle. Dodie had taught her to grab huge handfuls of flowers and throw them onto the isle, so after about 2 steps she ran out of flowers. She went back down the isle, the opposite way, and I almost freaked out thinking was she too nervous and wasn't going to do it. But she had just gone back to Carly and told her she needed more flowers for the rest of her journey down the isle. Carly, so sweetly, told her it was ok and to just let everyone see her pretty dress. She did it! 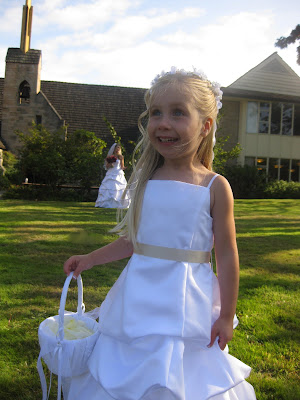 Kivi with Carly in the background. 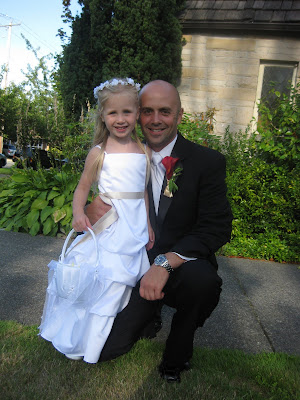 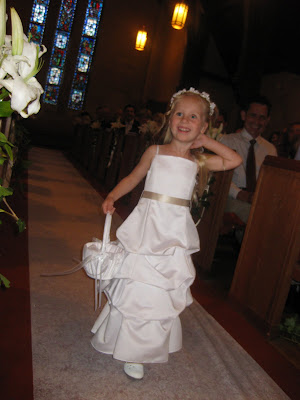 Big smile going down the isle. 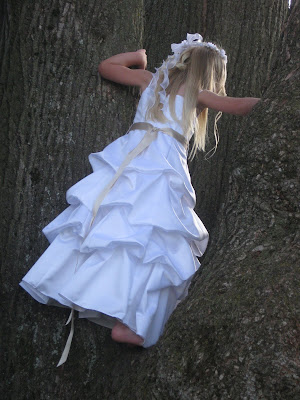 Playing in a huge tree after the wedding.

The wedding was so beautiful, and the reception was full of great things to eat and tons of treats for all the little kids. We felt bad that we didn't bring the rest of the kids, but when Kivi started melting down around 9, we knew we had made the right decision. So Peter the Great took her home and let me dance the rest of the night away with my sisters!

The rest of my family's visit was filled with daily blackberry picking trips. The week was given to "Gleaning of the Land". Pioneer farms really has an effect on me. We picked plums and lavender and Peter made tons of fresh homemade bread. 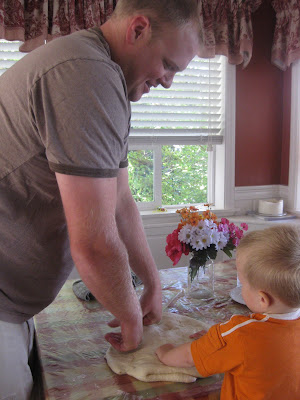 Peter and Jasper kneeding the dough. So far Peter has perfected his white bread, made some wheat bread, raisin bread, and cinnamon rolls which taste just like Cinnabon (as long as they get baked right after they rise). 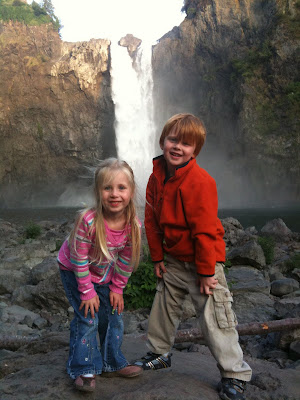 On Saturday, we all took a journey up to Snoqualmie and saw the falls so Dodie could go to her second wedding of the weekend. 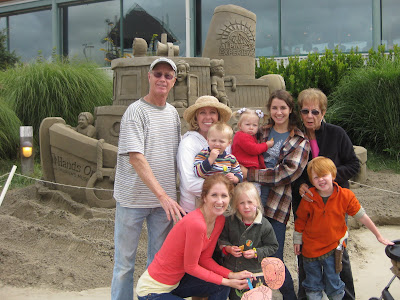 On Sunday, we went to the coolest thing in Olympia called Sand in the City. It was put on by the Olympia Children's Museum so there was tons of crafts and hands-on stuff for kids. 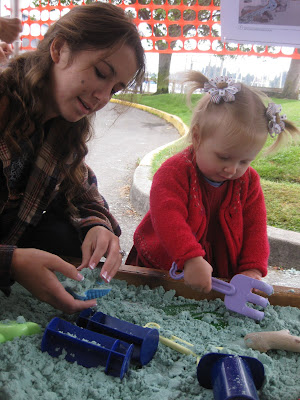 They loved the moon sand the most, but there was also giant bubbles, ponies, water table, face painting, and belly dancing. The crafts they chose were splatter paint and bead necklaces, but they had about 30 others to do. 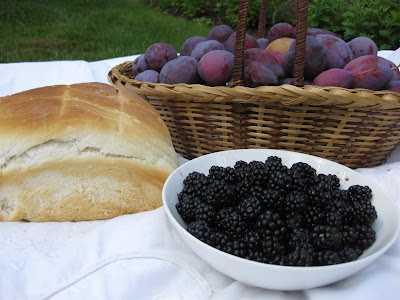 A sampling of our "Gleaning of the Land" week.
Posted by The Johnsons at 11:36 AM

My sister and I took Ariah (Vicky didn't want to go) to the Sand in the City and I thought it was great! Lots of free stuff!

I've lived down here for four years and STILL haven't made it to Sand in the City ~sigh~...maybe next year!

And your bounty is making me hungry! =}