This August my parents invited us to come along on their houseboat trip to Lake Shasta to celebrate Buggy's graduation. On the 13th at midnight we headed down in the bus with my sister, Shmee. The bus was awesome. There was lots of room and the kids slept on their own bench seat. I slept on the hide-a-bed in the back until… we woke up and realized we weren't moving for a long time. The poor bus had broken down in a podunk town in Oregon. Peter was on the phone forever to AAA trying to make them understand that the bus is our personal vehicle, not commercial. But they wouldn't budge on their technicality and refused to tow us. While Peter tried over and over to find a tow under $600 to the nearest town, we picked black berries, flowers and watched a movie. My sister and I decided to take a long walk with the kids to church since it was Sunday, we needed prayer and it was apparent we were going to be stuck for a much longer time. There happened to be a little white church we could see across the freeway. It turned out to be a Christian church! Church hadn't started yet, but 3 older people were there ready to set up and let us use the bathrooms and gave us a tour and cookies. We told them our troubles and pointed out our stuck bus and they prayed for us. Peter had called when we got there and said he had a tow lined up. A sweet lady from the church drove us back to the bus but she cautioned us that nothing would be open in any of the towns around because it was Sunday. 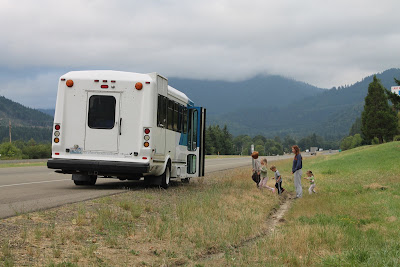 Well, God had already been amazing and he didn't stop. The tow truck driver let us all ride in the bus (highly illegal, but saved us lots of dough!) and when he pulled us into the closed auto shop all the guys were there to help remodel the office, but they stopped and all started working on the bus! The owner even called AAA and made them pay for the tow since it was evident this was definitely our family ride. 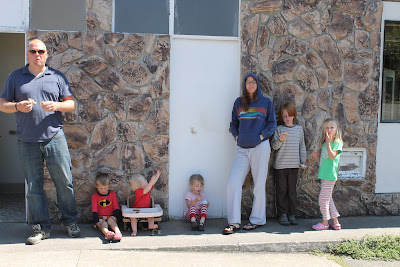 We ate peanut butter and jelly sandwiches and jelly bellies in the hot, hot sun while we waited and the guys told us there was an ice cream shop down the road. So we even had some yummy ice cream treats! 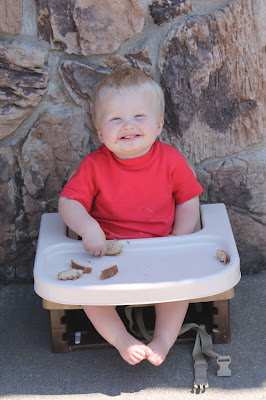 It was a miraculous turn of events and the kids thought it was a great adventure. We eventually got to the houseboat, only 6 hours later than we had planned, loaded all of our stuff and jumped in the water. Yes, even me. It was hot. 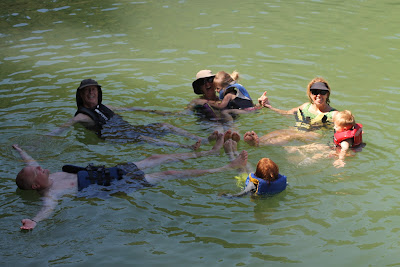 Our home for the week: 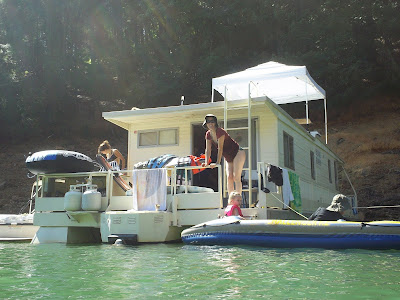 That first couple of days the kids attempted many new water sport feats: tubing, water skiing, jumping off the roof and kayaking. 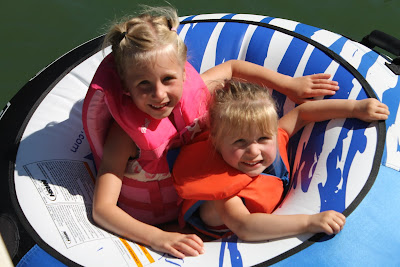 Poppie was the main boat driver although Nonnie and Peter did their fair share too. He was always behind the wheel because someone was always skiing. 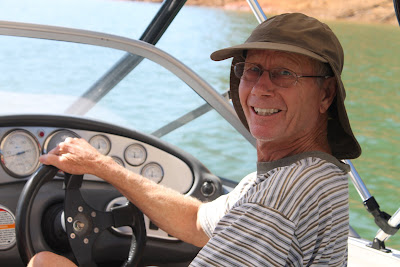 The kids watched movies on the laptop when they needed some down time. And they were super excited about the 5 snacks a day plan Dada came up with. (They only got a snack if they obeyed all the rules - I think Opal's average was 1 snack a day.) 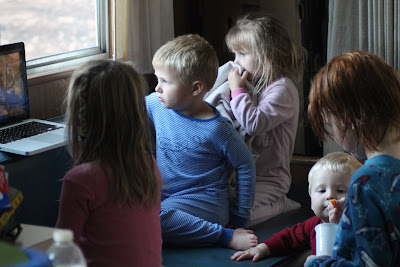 I so love that Opal is a feisty girl. She reminds me of Chase. That picture of all of you guys in the water is hilarious solely because of the look on Peter's face! I'm sure his stress level was through the roof! You guys do such a great job of modeling what it means to make the best out of any situation. :D