Poppie and Nonnie and Mimi drove up to spend some time in our new house, help us organize, paint and remodel some rooms and be able to be there for Pella and Tuff's birthday parties. The first goal was to get that dungeon of a basement painted and ready for new carpet. We were going to drywall the whole thing, but then decided the wood might look good painted. So we took down the wallpaper on the walls and it took Nonnie four coats of paint to cover up that very dark wood. The kids all helped after their homeschooling each day but Pella got to help Nonnie all day long every day and loved it! She was a painting champion and talked to Nonnie and Poppie the whole time. They also worked on the downstairs guest room, which ended up being a bigger pain than we realized as we were going to remove the paneling, but Poppie found out only half of the room was drywalled underneath. 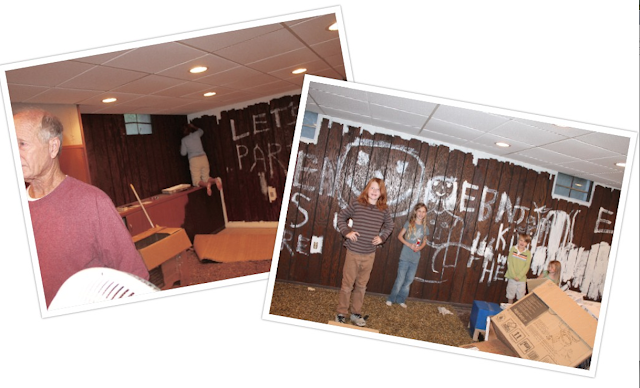 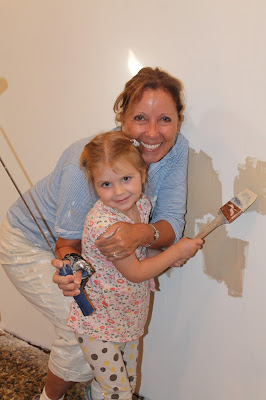 Nonnie also decided to get rid of that hideous wallpaper in the hallway going down to the basement. The kids were excited to help. Especially Kivi who would finish her school work early so she could peel wallpaper! 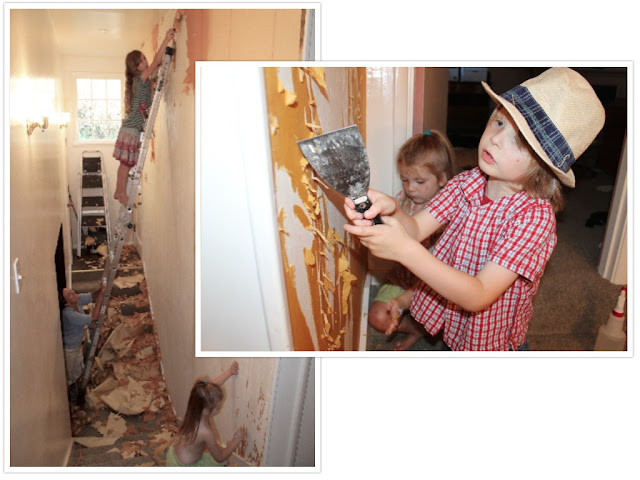 Nonnie's finished work and Eben rejoicing with her. 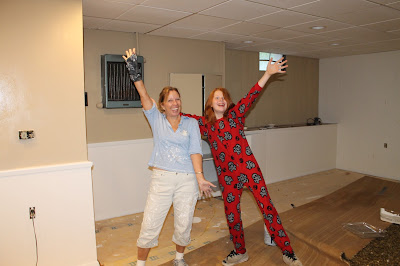 And finally... The newly painted and carpeted basement! The kids love it! So much room to play and run and build and watch shows on the projector and even play ping pong! 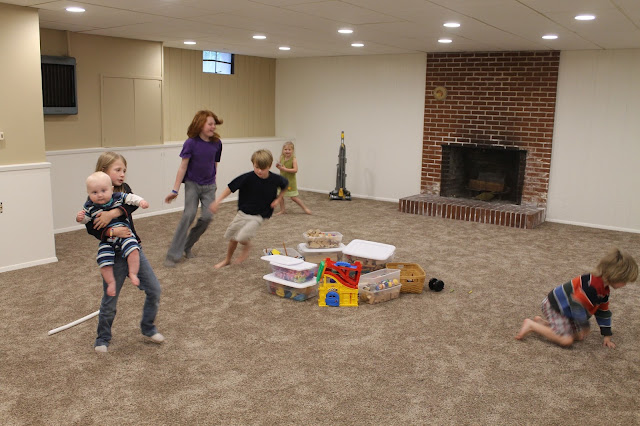 October 2nd: Started on Mud Room
Poppie and Dada started the project of making Mama super happy by removing this pointless wall that separated the mudroom in two. 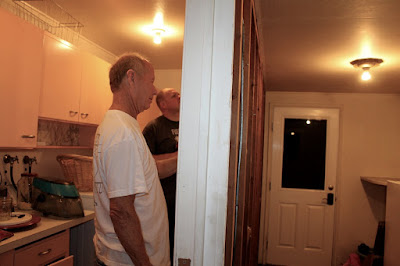 Now it is so much nicer to just have to go through one door instead of two to get to the laundry and not be squished putting it in. Also the freezer fits next to the dryer now! I know it was a pain because they had to rewire things and grind down metal while wearing proper scuba safety gear. But I feel very loved and they even put recessed lighting in this room and the living room too! 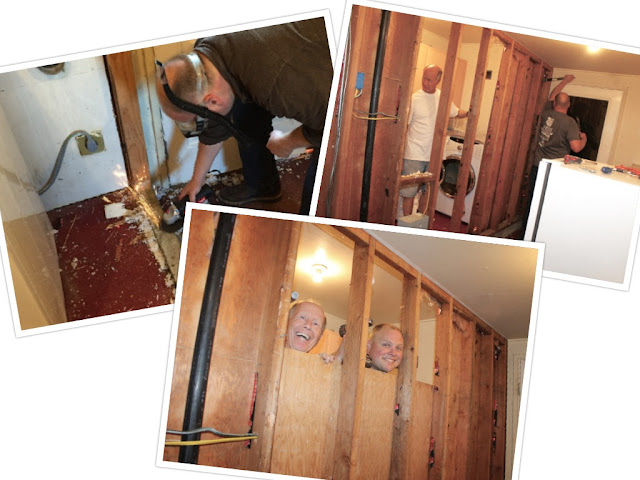 On Oct. 10th Peter installed peel and stick tile that were on discount at Lowe's and I told the sales guy we'd buy them if we could get them for a mere $.18 a sq ft and he said, "Ok". Whew hoo! 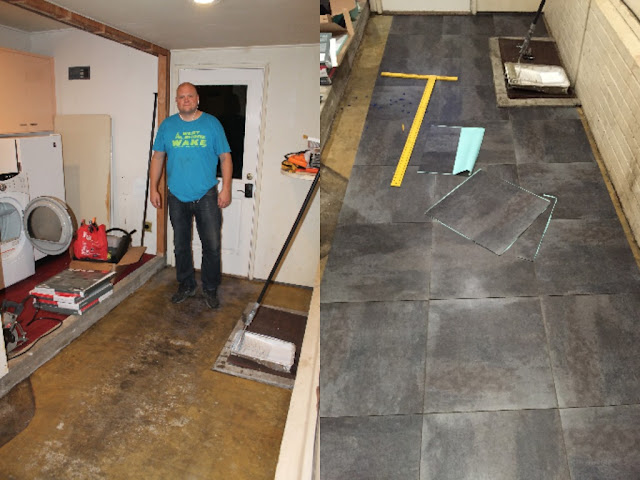