May 9th
We began the day at 6:45am having breakfast at the hotel. Then we headed out in our giant tour bus with our Israeli Christian tour guide, Eli, to Cesarea to see the theater where Paul possibly gave his testimony to Festus and Agrippa. 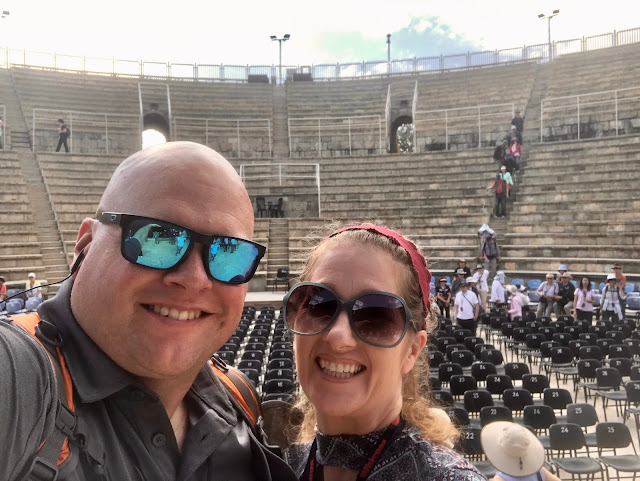 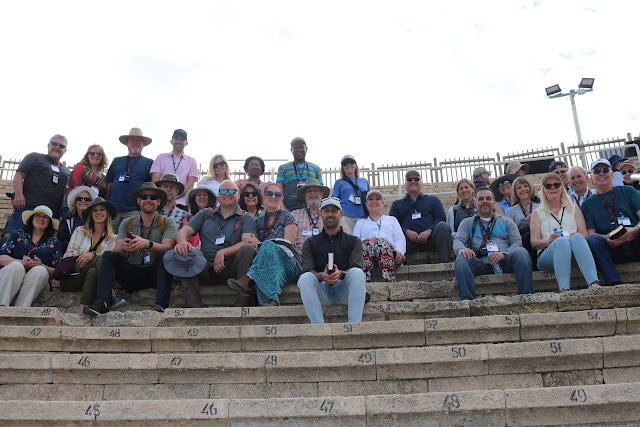 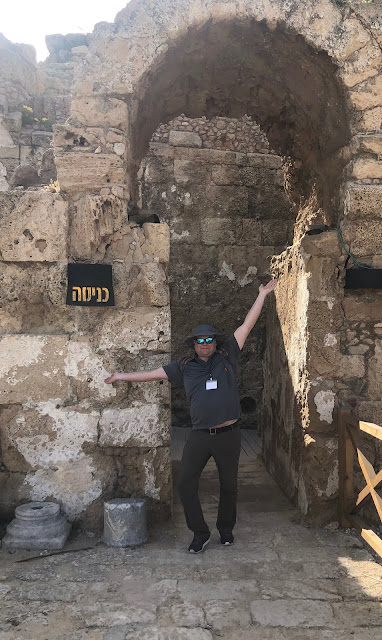 Walking over to Herod's palace we were greeted by amazing views of the palace remains, columns,  parts of statues, and the hippodrome. 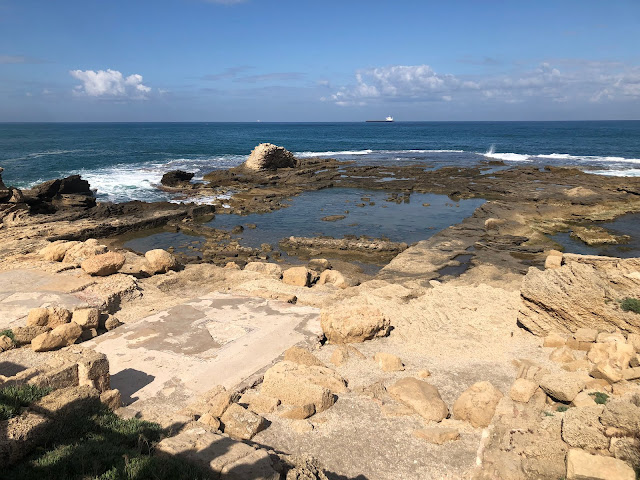 We raced on our "chariots" piggyback around a small section, watched a movie about Cesarea and how it was Herod's vision, then taken over by Muslims, then Crusaders, and finally rebuilt by Rothschild to preserve the architecture and bring tourism.

We sat on some toilets near the entrance to the hippodrome, that were apparently co-ed. I wonder how that worked! 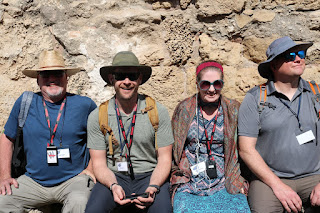 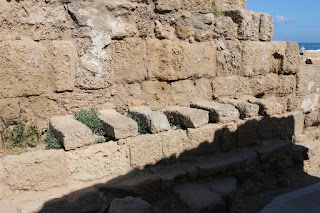 We drove by two Roman aqueducts to bring water to Cesarea from a natural spring to a fake lake. 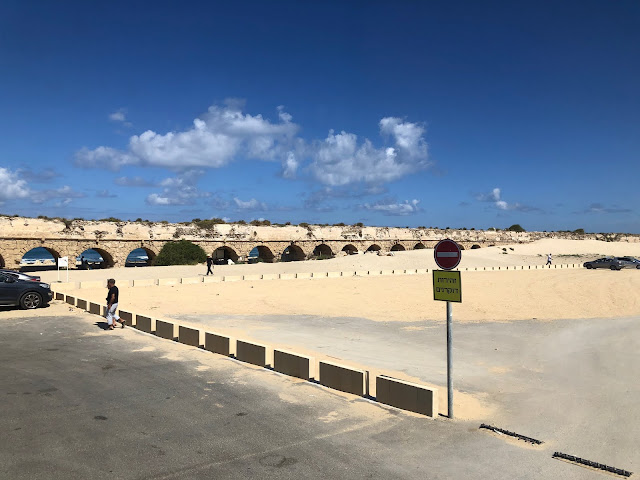 The next stop was Mount Carmel where the Druze live now and Elijah built an altar to challenge 450 prophets of Baal. We saw a view of the land we were able to see so much of where the history of Israel happened. 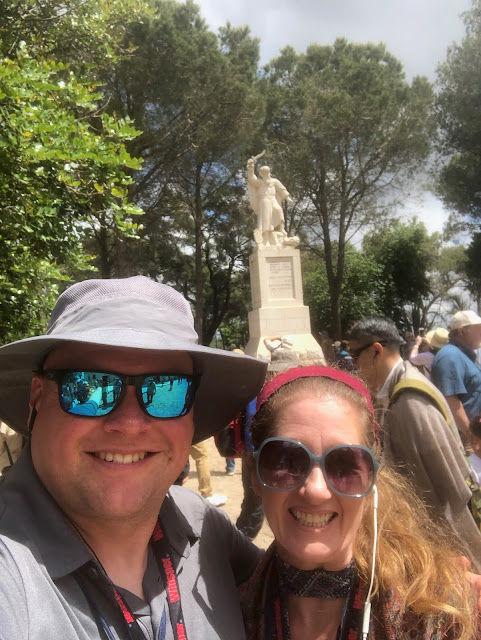 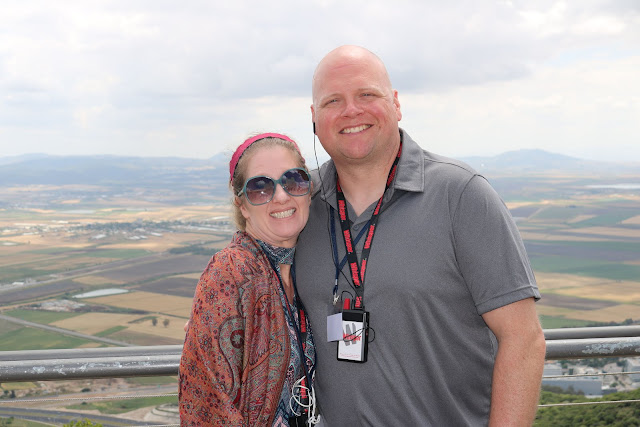 At Medigo we saw Solomon's gate and 26 layers of civilization. I Kings 9:15, Proverbs 16:12-16. Peter found some pottery while we were filming for church. We understood what a real manger of that time would have looked like, because a couple were still there in the stables. We journeyed through the water system tunnel to a well outside the city. This will be the place of the end times. Armageddon. 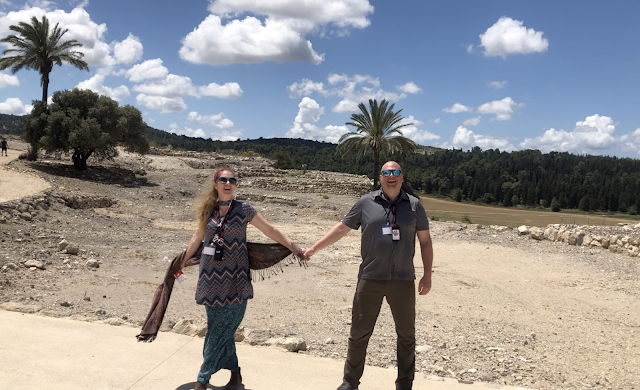 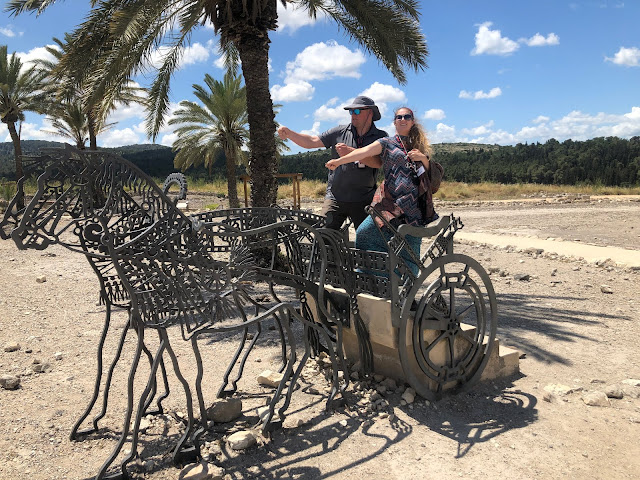 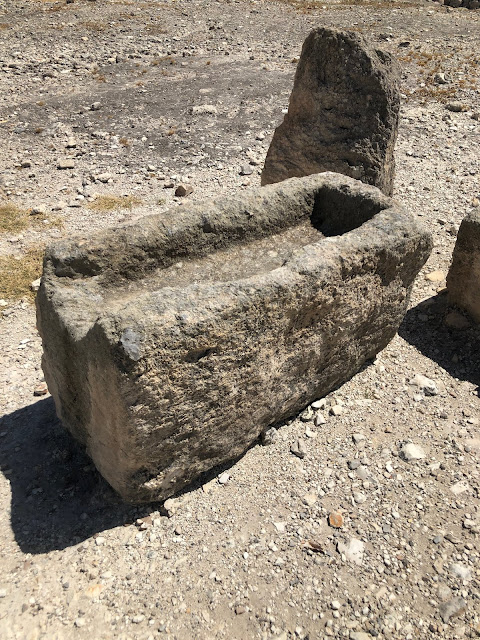 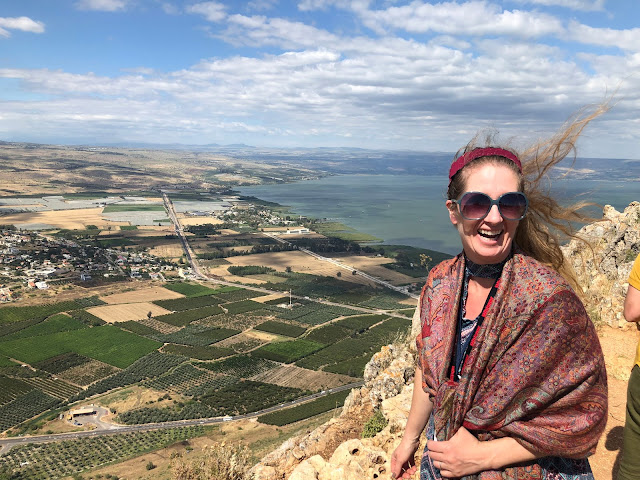 We headed to our hotel, which was in the town of Tiberius, a gift from Herod Antipas to Tiberius Ceasar where I finished writing a rap I started in High School on the Sea of Galilee while Peter swam in the famous lake.  We went out to dinner with the Durrs, Wells and Knacks at Decks and had a crazy waiter, Liad. I had a sweet potato, but most got fish. We strolled back to the hotel only to find out that the hotel dinner was amazing. So we shared some desserts. 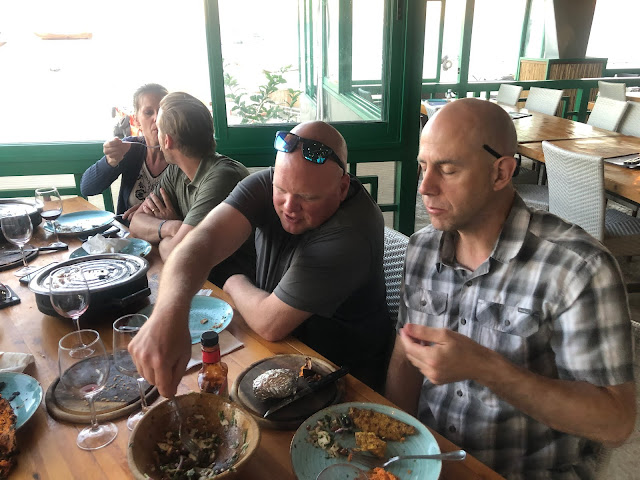