Seeing the Western Wall and how huge the original stones were that Herod build the temple was amazing! I loved going the underground tunnels to see what it would have looked like when Jesus was there or at least the level that it was when Jesus walked there. We watched a movie and saw a model that showed how they would've moved such ginormous stones. We also saw underground pools and tunnels. 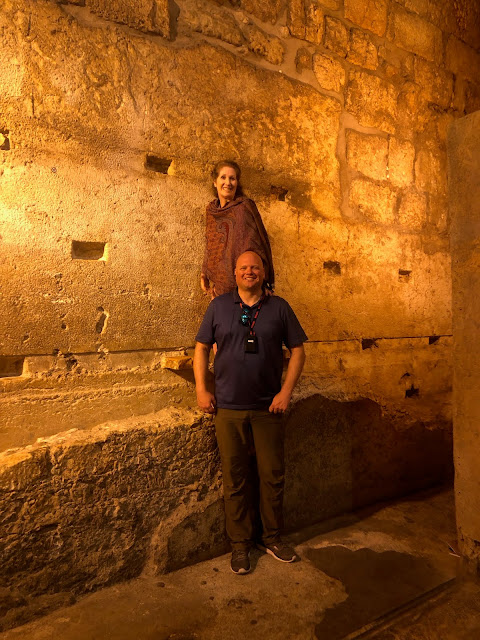 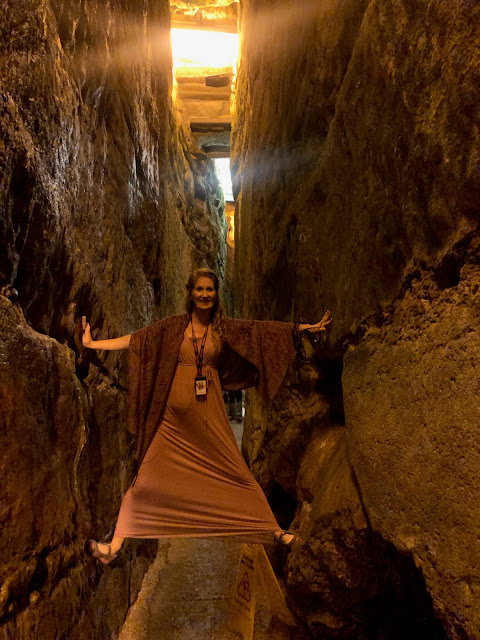 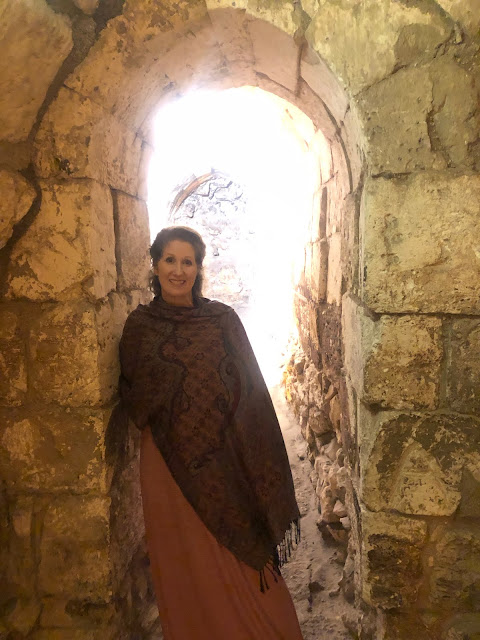 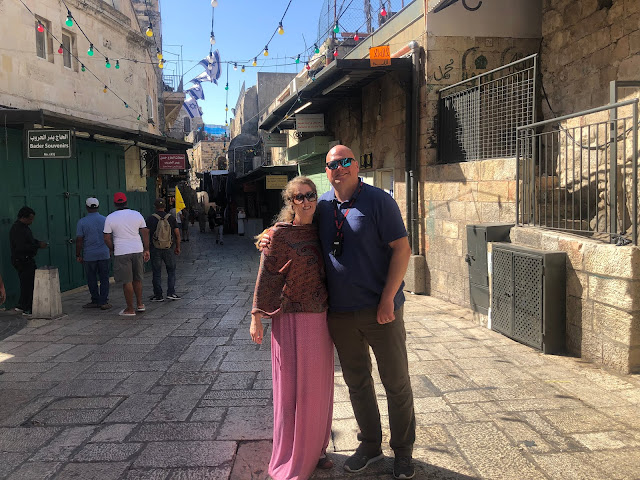 The Wailing Wall. There is a men's side and a women's side. Cara and I put our prayers in the wall together. 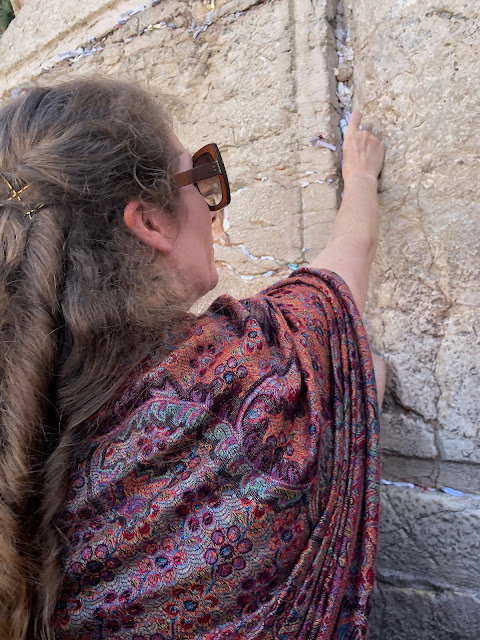 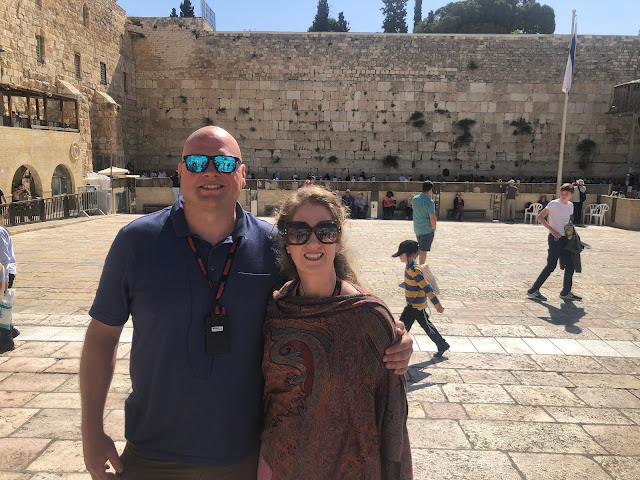 We saw the stones that used to be on top of the wall that the Romans pushed off to try to destroy the temple. 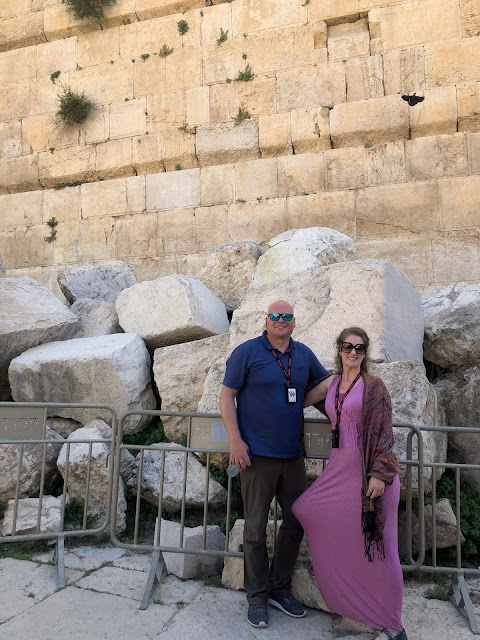 These stones are so huge! The cornerstone was about 3 times the size of the one they are standing in front of. 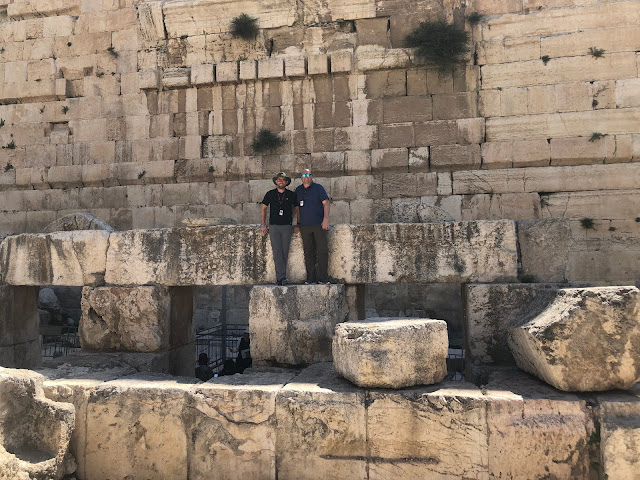 We had a devotion in front of the steps where Jesus would have gone up to the temple. Also, this is where Pentecost happened. The Southern Wall. Eli reminded us the when the golden calf was formed 3000 lives were lost and at Pentecost 3000 lives were saved. 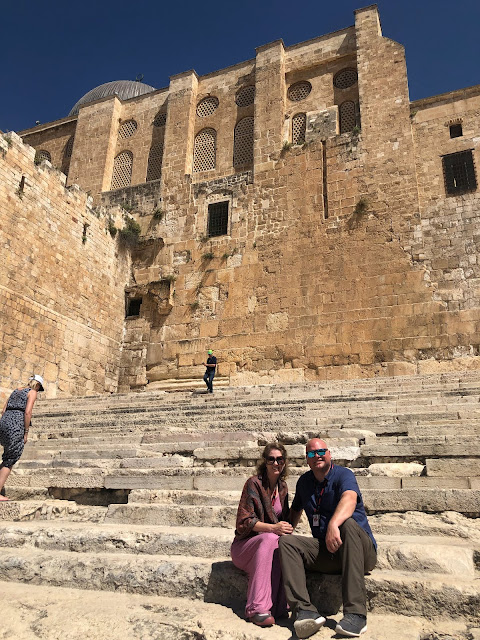 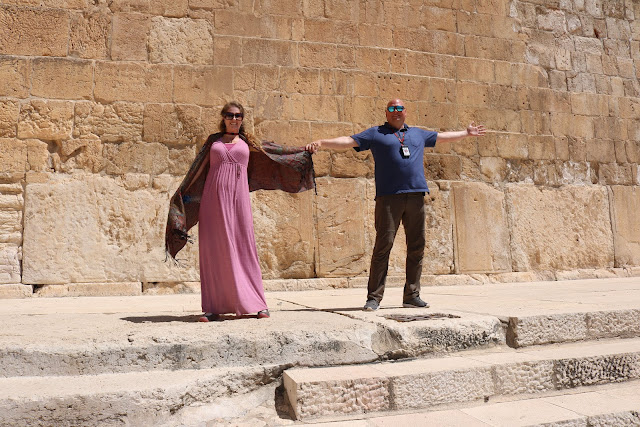 We walked through which some say was the Upper Room where the disciples at the Last Supper with Jesus. It is now a type of cathedral - everything is. 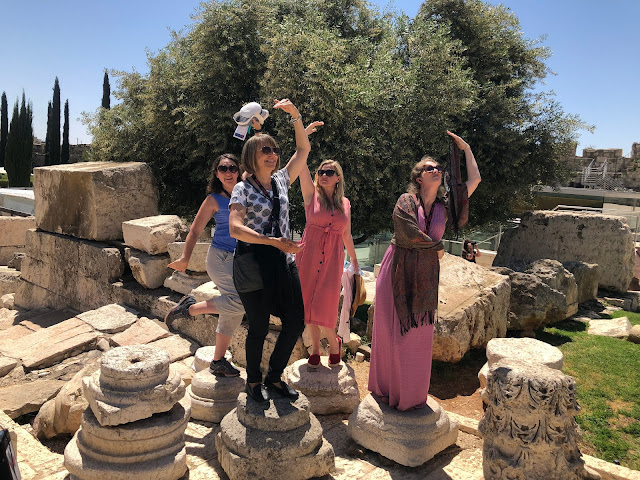 We went from there to Caiaphas' house where Jesus could've been flogged and put in a pit. The courtyard where Peter heard the rooster crow after he denied Him three times is right outside there. 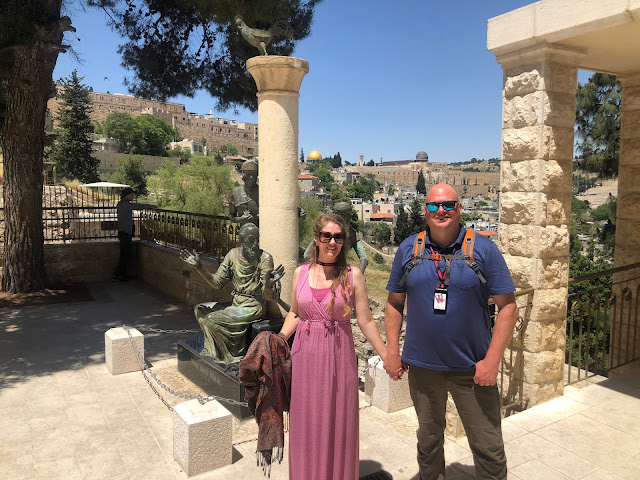 Behind us are the steps He walked up to get from the Garden of Gethsemane to Annas Caiaphas' father-in-law's to Caiaphas house and I cried and cried sitting on them. 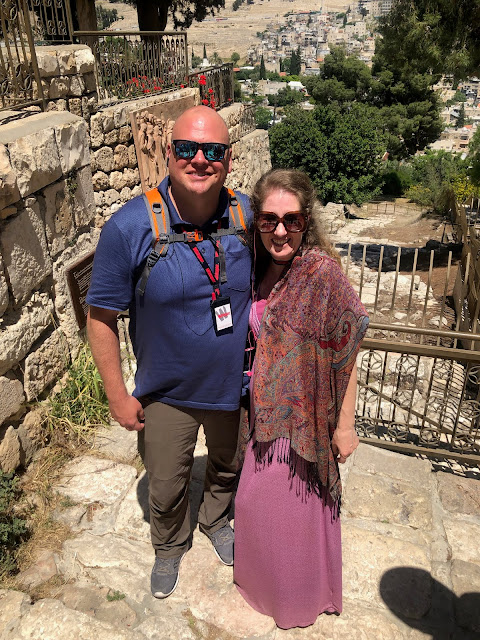 We ate Biblical meal in Yad Hashmona for a late lunch. 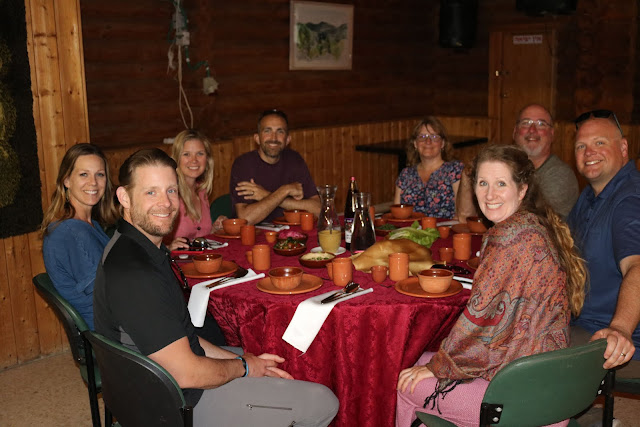 Then along with the Durrs, Wells, and Ourys we went rouge and hopped off the bus. While everyone else drove back to the hotel we walked around Jerusalem, mainly the Muslim and Christian Quarters. That's when I realized that even though they are named differently, all the shops are actually owned by Muslims. We walked some of the Via Delarosa and met the VI station man and wandered through many market shops where Erik and Jer bought drums and Niki got a nativity and I got a juice and then walked back to through the Damascus gate to our hotel where we had dinner. 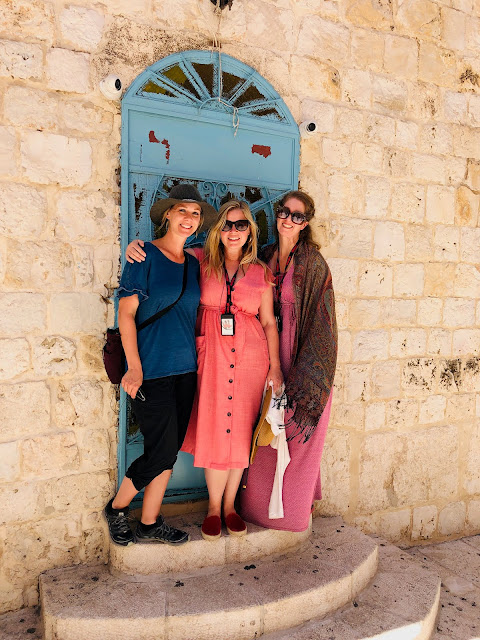 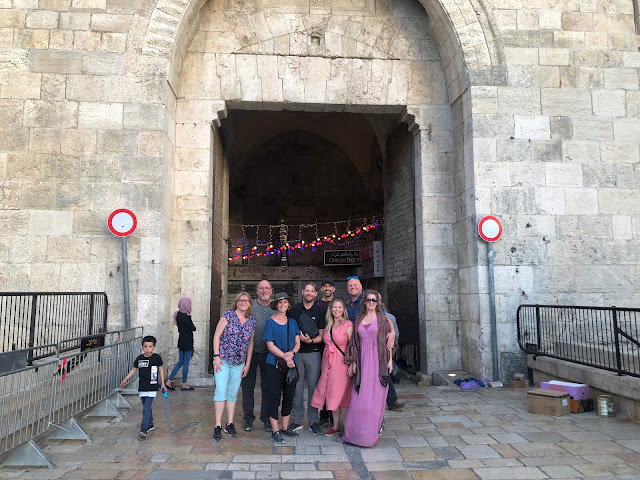 Peter and I snuck into the spa, hot tub, and pool and I cried again thinking of all the unsaved people living right here in the one place that Jesus Himself came to earth. And I felt so small in relation to God's great plan, but wanting to be used by Him somehow and not knowing how.
Posted by The Johnsons at 9:28 PM