The McKinley House Flood - Before & After

When we first purchased this little house we had no idea it would bring us to greater faith in our God. To make a long story short, after realizing that our rental house had been flooding through a burst pipe in the attic for over 3 months, back in March of 2014 we were ready to completely let it go. There was no way we could afford to fix up this house after all the damage and the insurance company said they wouldn't touch it. But miraculously, after we told them we would have to give it back to the bank, they started working with us! Now, more than a year later, it's done!
It is so much nicer that we could have ever imagined it to be. It went from a two bedroom to a three bedroom, now has an open concept living and kitchen space and a hallway to the bedrooms and bathroom. Before you had to go through the bathroom to get to the back bedroom.
Here is our cute little rental: 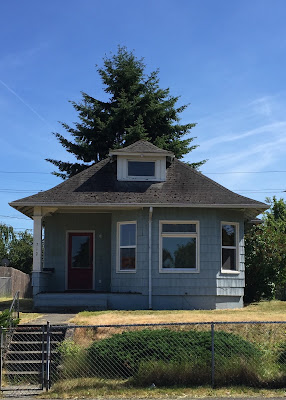 And here are some Before and After pics: 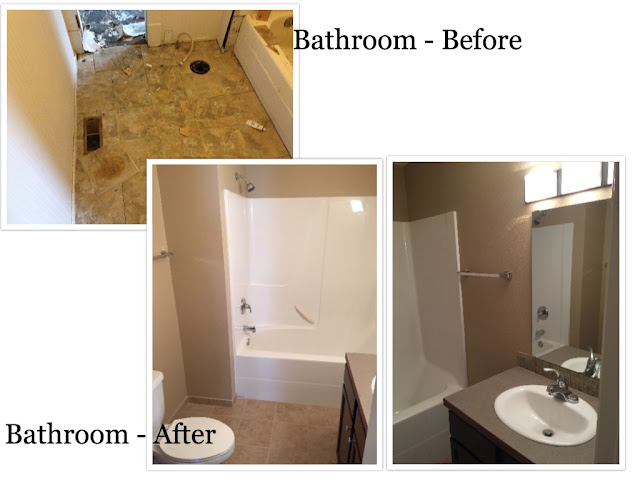 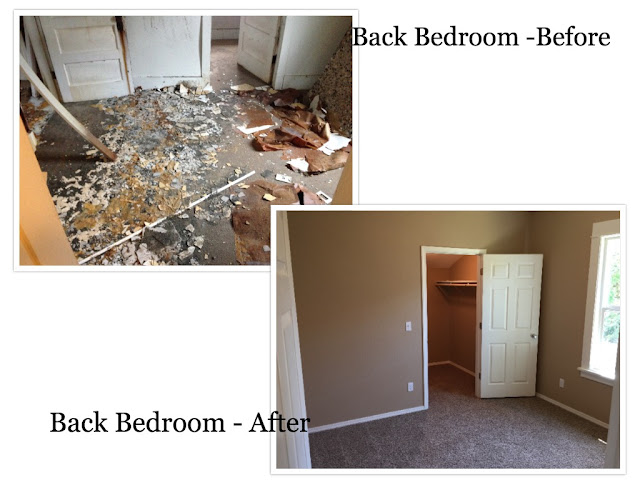 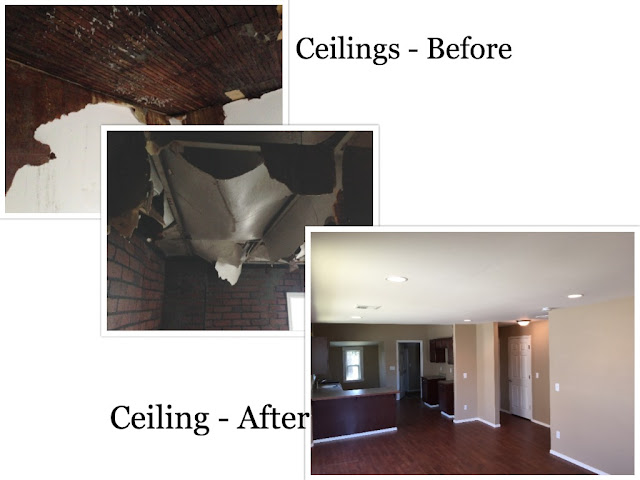 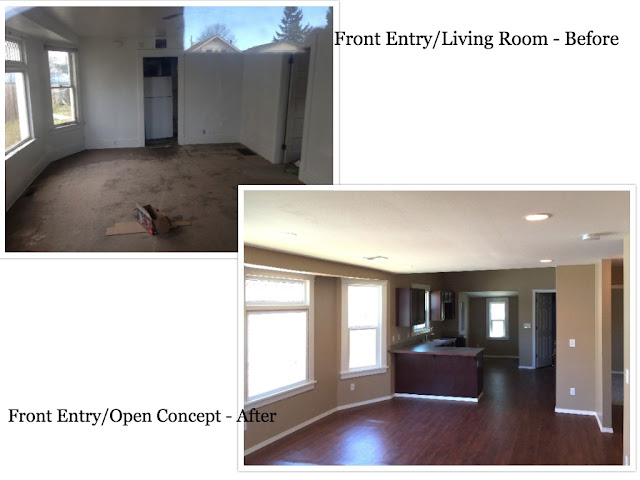 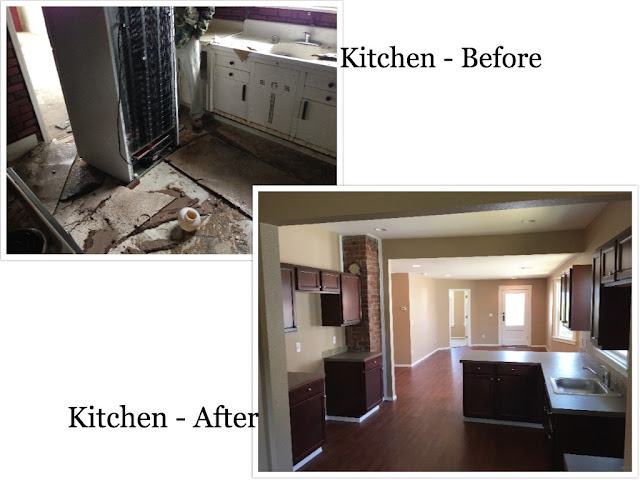 Thank you, God for providing. Thank you, Tony and team, for all your hard work!