Camping at the Farm!

The 25th and 26th of July we were able to go camping with our friends the VanderPols at their family farm! I've been wanting to go see the farm again to get a chance to see a calf be born. That was the goal this trip, well, for me anyhow. 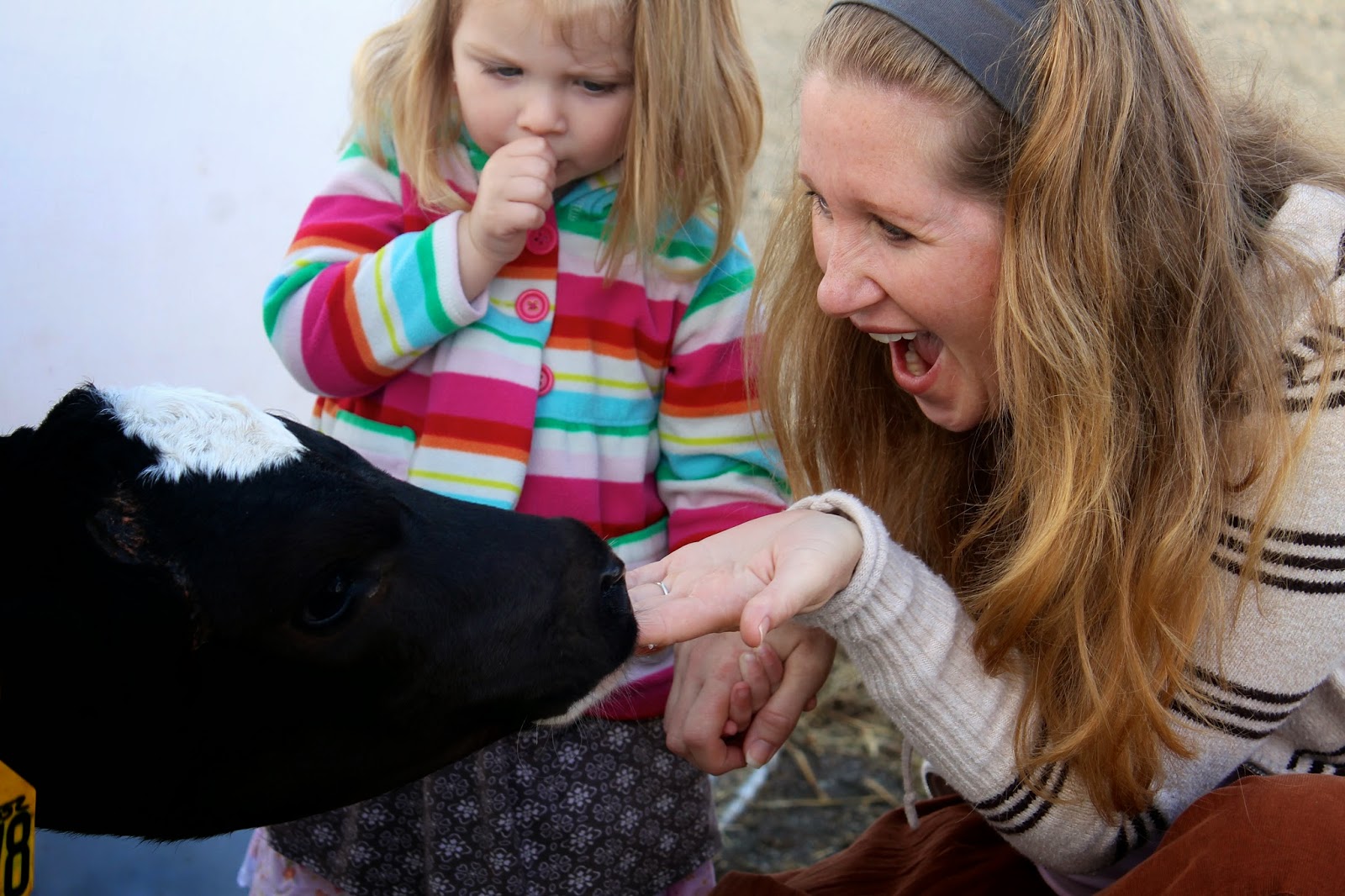 After saying, "Hi" to the baby cows, we figured out where to put our tents, which ended up being on an uncle's back lawn, right next to the cutest bathroom (it used to be a milk parlor) and hugest rec room complete with stove, tables, games, couches and another bathroom. It ended up not being the rustic campout I was envisioning, but that was fine! We went to see the mama cows to see if any were ready to give birth. We had just missed one birth, but got to see the newborn calf and the kids had fun jumping in the straw. 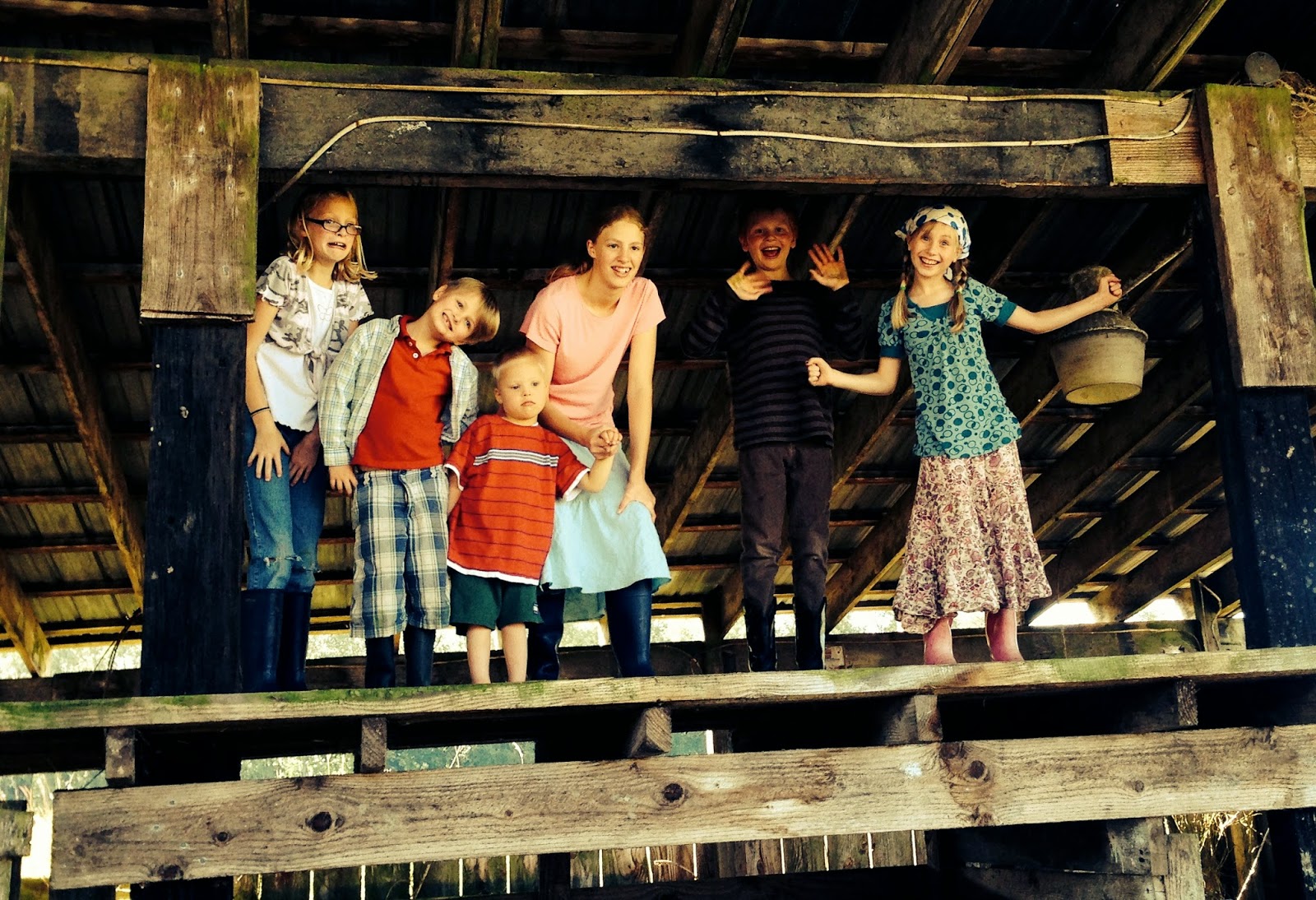 Back at the tent spot, the kids explored the property, picked tons of blackberries and climbed around the old barn. We ate some mazithra pasta with browned butter for dinner, went to see the river, played pool, fuse-ball and shuffleboard and ate non-roasted marshmallows! Then we put the kids to sleep in the tents while the mamas and dadas played a game. 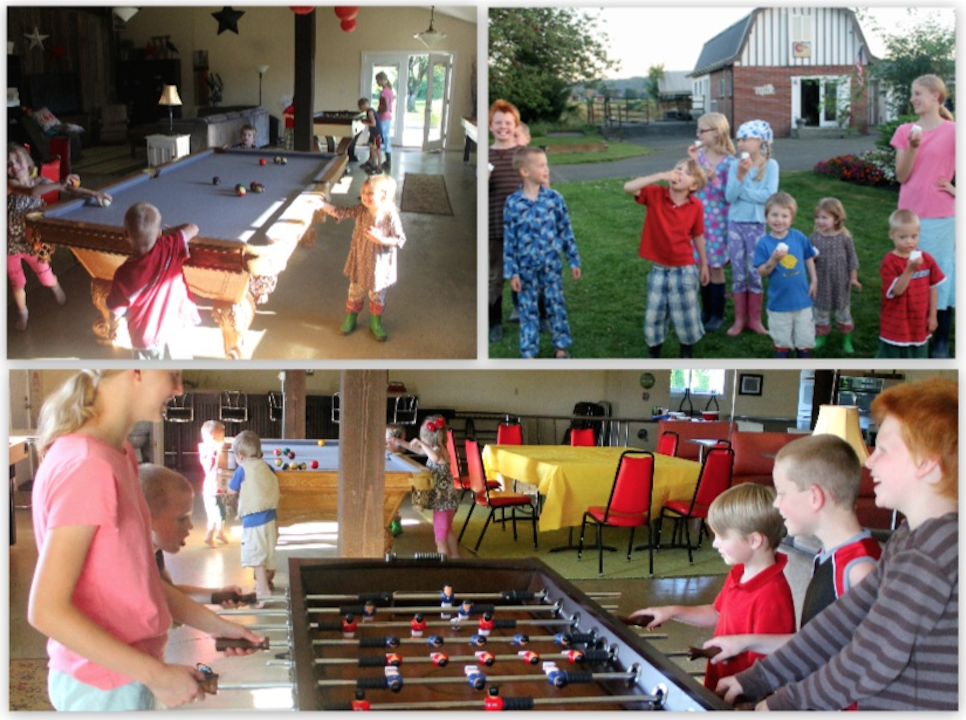 The next day, after the VanderPols made us a yummy breakfast we went to see the cows be inseminated! It was a super fast process, performed by one guy with a syringe and long gloves. We got to go back with him and watch which was actually kind of scary. Those cows are huge up close, especially when they almost back into you! We were at the back end videotaping the process while Dada and Pella were at the front end. This is the cow's face during the process, which lasts less that a minute. And there's tons of poop. We went to the hoof washing station to rinse off our boots. 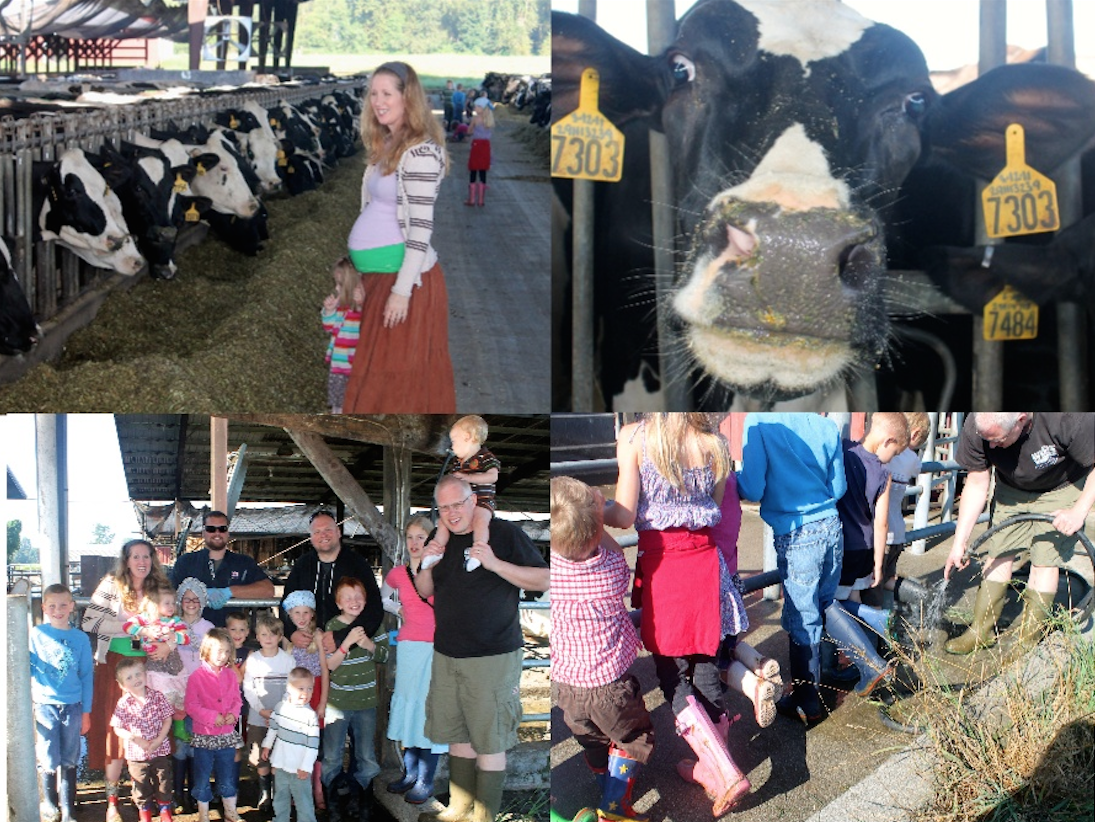 Then we went back over to the cow maternity ward and found 2 cows in labor! We waited for an hour for a heifer (that's a cow who hasn't given birth before) to give birth and caught it on video! 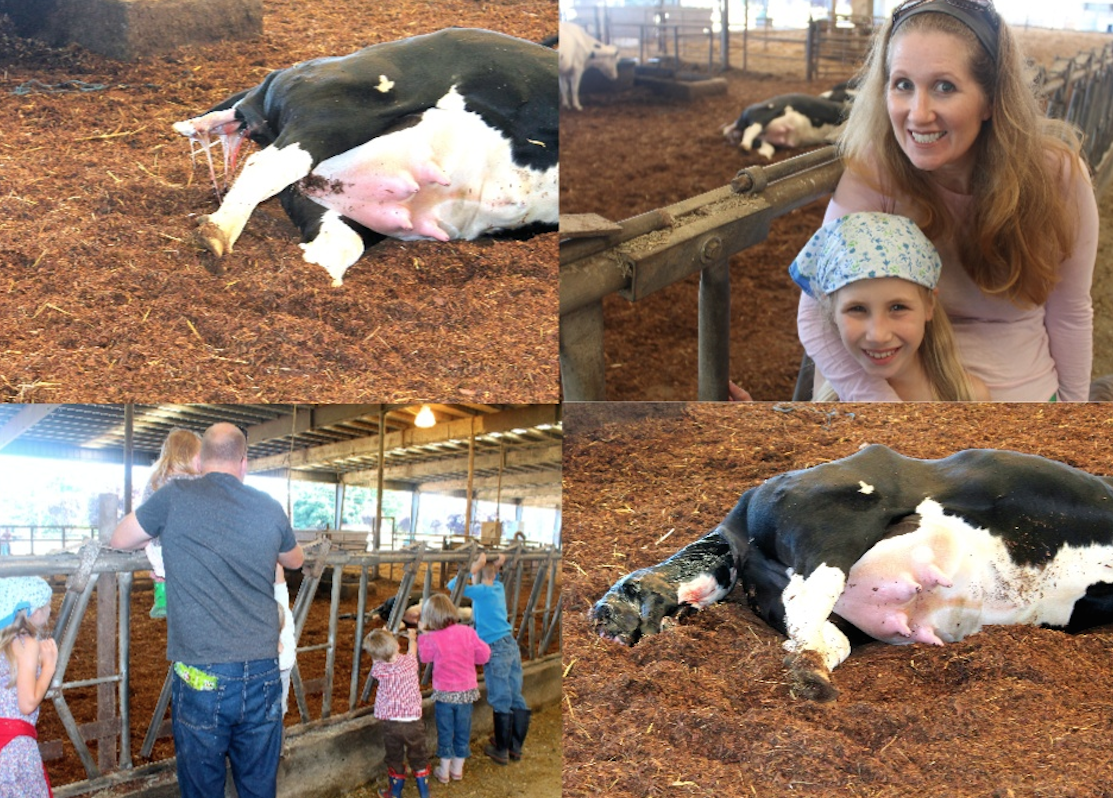 The other cow had a tail coming out instead of front hooves so Mr. VanderPol went to get his cousin to help the cow. He had to pull the calf out and then realized there were twins and I got to help pull out the second calf. Sadly, they were both dead. She was probably in labor for a long time, but it was still an amazing experience that I'll never forget! 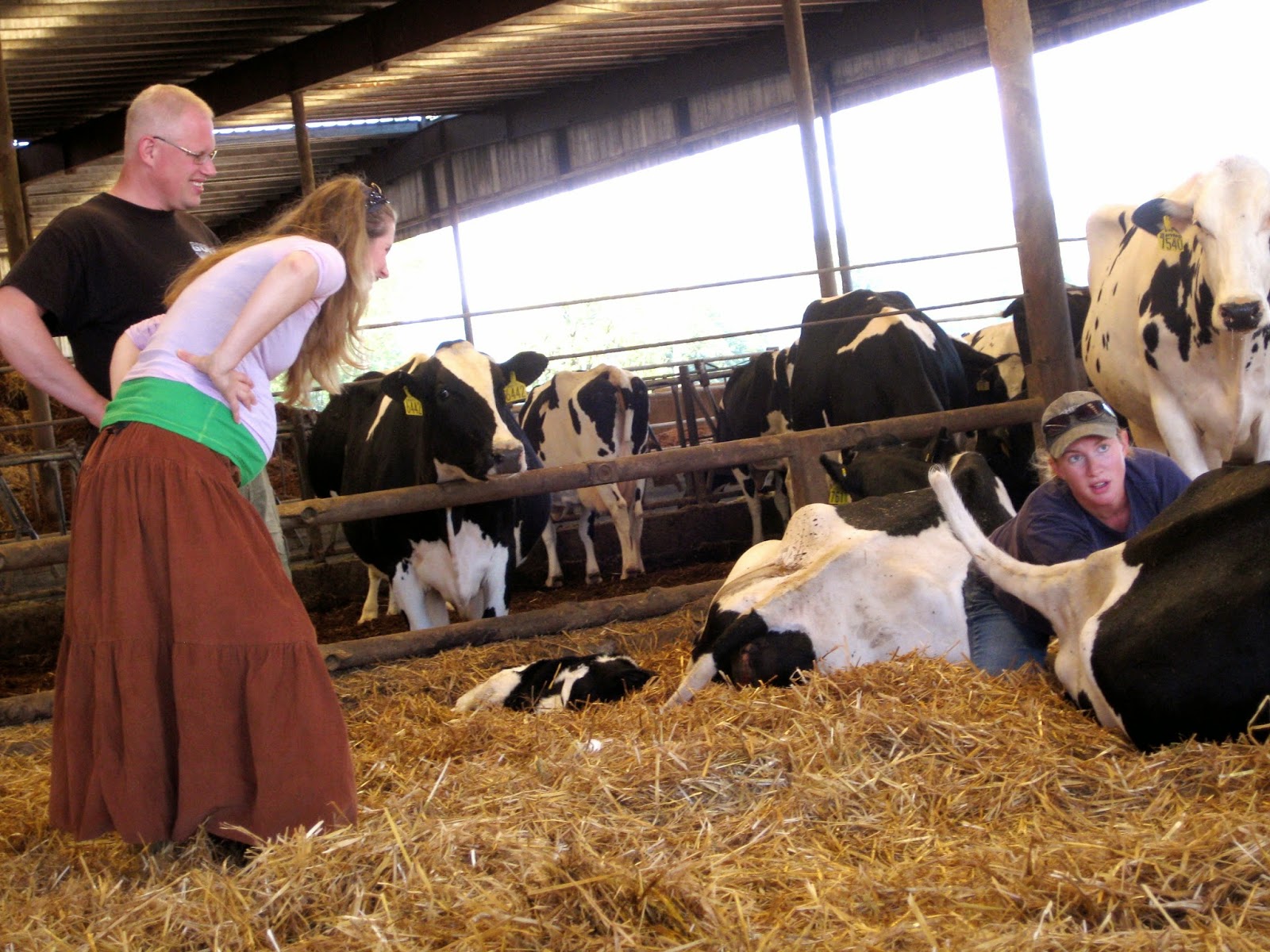 We brought the healthy newborn calf over to the nursery and were there to help with baby calf bottle feeding time! 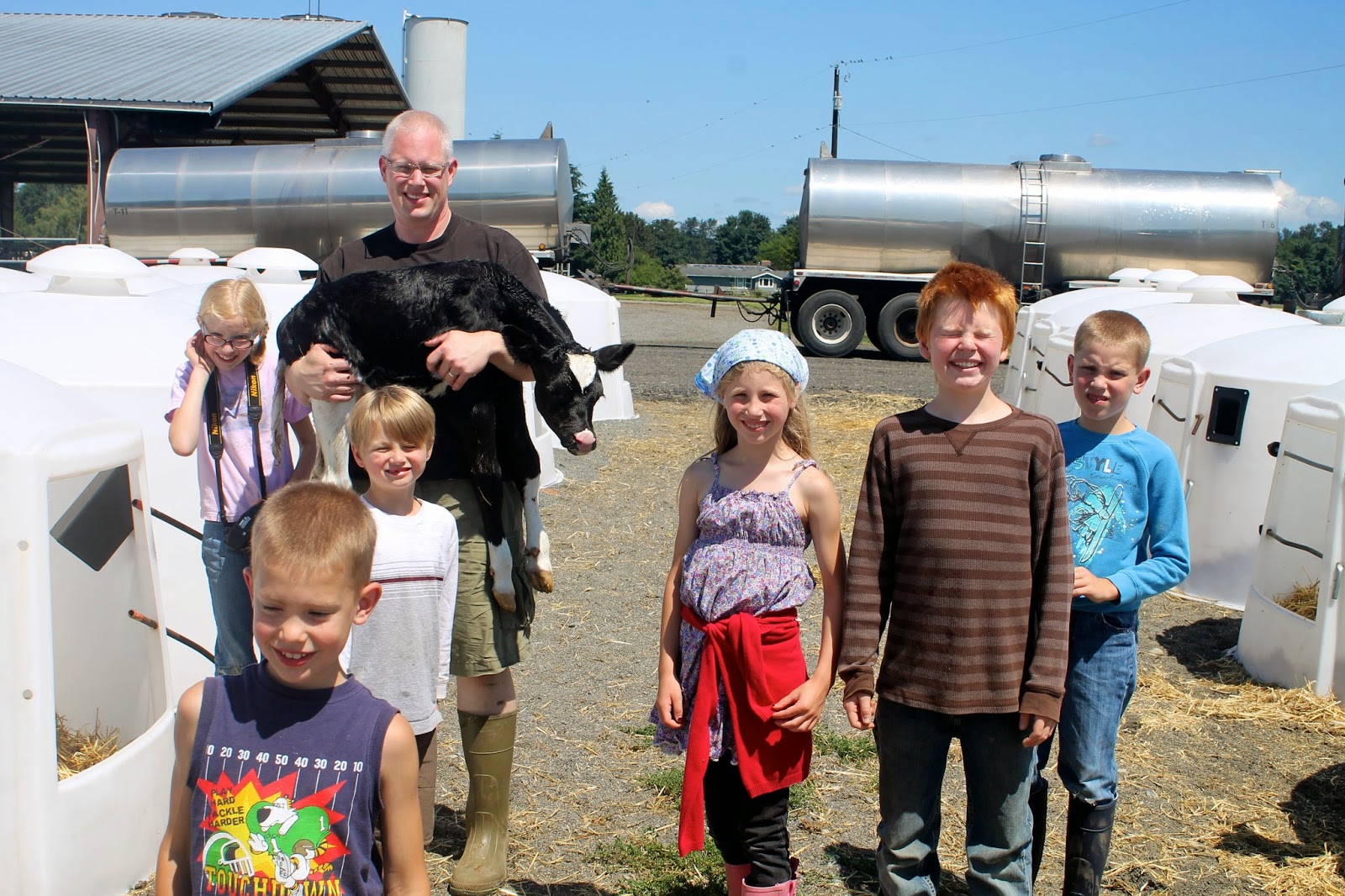 All you do is stick the big bottles in the calf's igloo, but some of them still need some help, so we got to hand feed those. We had such a fun time at the farm with our friends! Thanks, VanderPols for the amazing experience! 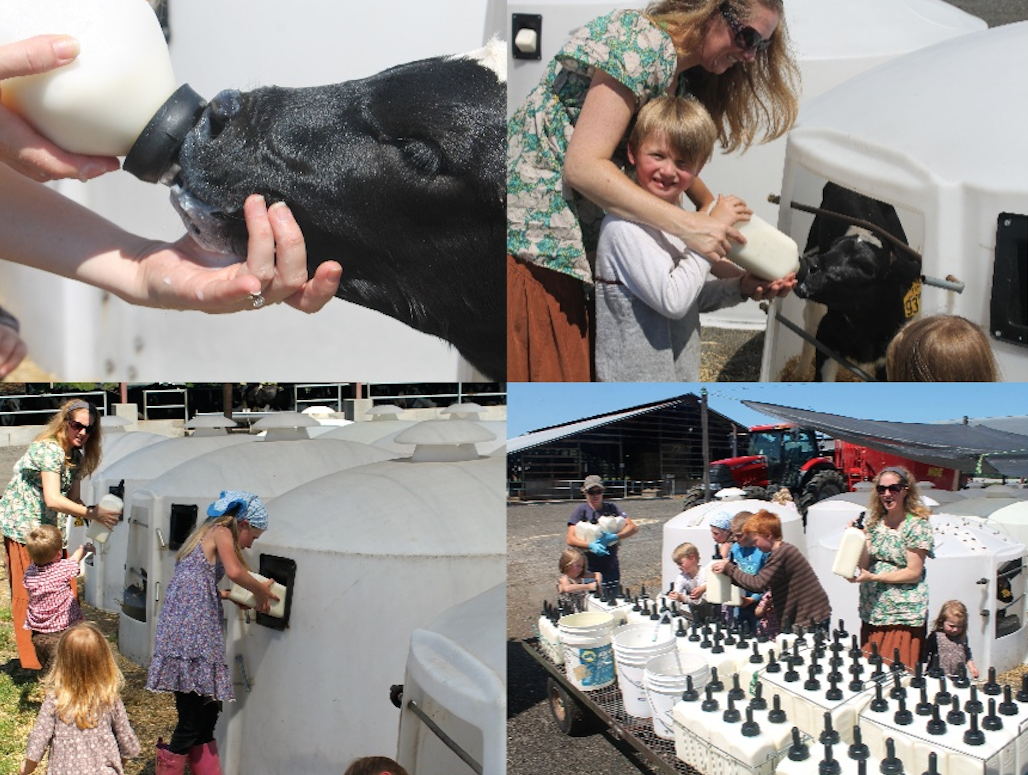 Posted by The Johnsons at 10:28 AM No comments: