On July 7th we woke up early and headed out to Salt Creek Recreation Area near Port Angeles to go see the tide pools. We had ocean week the week before and learned about many different types of sea animals. We thought it would be fun to go see some of them. Plan #1 was to go to Point Defiance Aquarium, but since we don't have a pass, it was going to cost over $100 so we nixed that plan. This was way more adventurous anyway. After sleeping on their own seats for an hour of driving, the kids woke up and sat at the little table Dada set up for a donut breakfast in the bus. 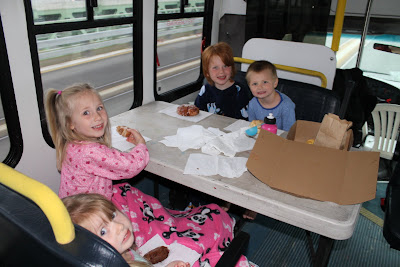 After we got there I realized I had no clue how to read tide pool charts. I followed the one from Port Angeles, only a couple miles away, only to find out we had gotten there right around this beach's highest tide of the day. Good thing the high tide for that day was still pretty low. So the kids played on the playground while Dada and Berg took a nap in the bus and waited for the tide to go down a little. After a picnic lunch we headed down to see the creatures. 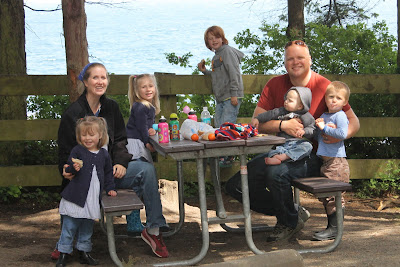 Eben and Kivi looking for crabs. They got really good at flipping over rocks and trying to catch them before they scurried away. 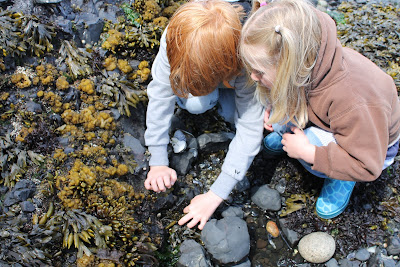 Berg loved the little crabs, and his Dada ride. He wanted to see everything, so he kept leaning way over to the side. Peter said he felt like he was carrying him with one shoulder the whole time. 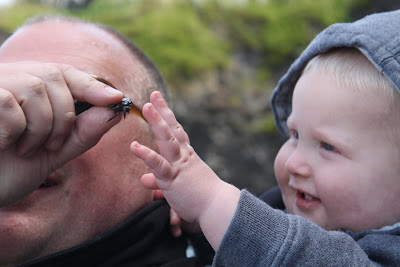 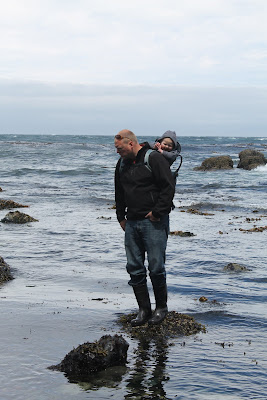 Opie going through the rock tunnel on the beach. 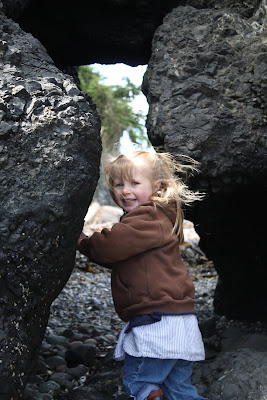 Finding stuff is hard work. Opal was done before the others so she and I sat by a big rock while the rest went exploring. 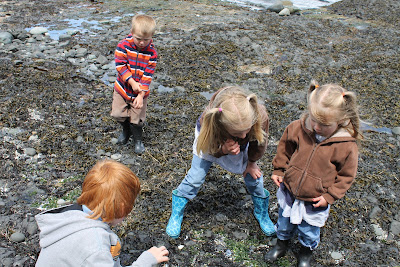 I think we saw more just looking really hard while we sat there than we did the whole time we were walking around. We found giant sea anemones, many types of crabs, chiton, mussels, barnacles, and little sculpin fish. Then I thought to turn over the big rock and look under it and we found four starfish! 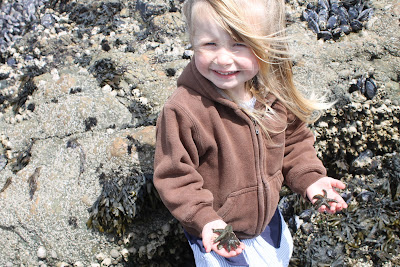 It was a fun hands-on day of learning, family memories and a long, quiet bus ride home.
Posted by The Johnsons at 3:47 PM

Is it bad that I can smell this adventure? Hmmm...he he he he..There's nothing like tip-toeing through the tide-pools. Good times!