For Eben's 8th birthday this year we gave him the choice of either having a party or going to Great Wolf Lodge with our family. He chose going to the hotel. So after Dada sneakily, without Mama's permission, and illegally gave him 5 new games for a game boy that his friend Adam gave him we headed out. 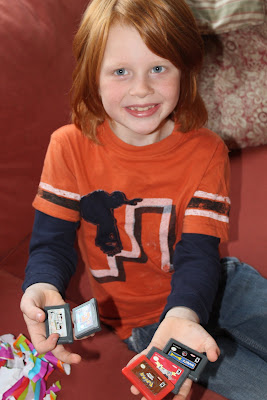 After dropping off Opal and Berg at different friend's houses, we drove down and made it to the anticipated destination. The kids were so excited that our room had a kid's cabin they were going to sleep in! 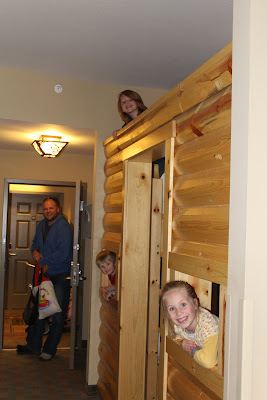 There wasn't actually much time spent in the room however. First we went to the water park. All of us. We got some crazy looks from people, probably because Peter with his broken foot in a boot and me with my humungous 8 month prego belly were unlikely sights to see going down the water slides. We had a blast! Jasper was a little scared of the huge dumping water bucket and mainly wanted to stay in the wave pool, and Kivi couldn't go on all the water slides. But Eben was able to do everything and loved it. 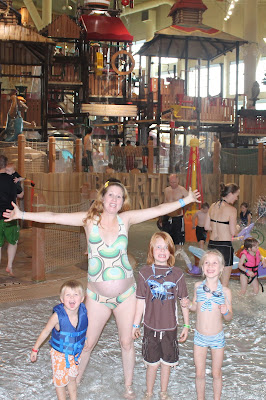 After the water park we started the extremely long, but very fun process of … Magi Quest! Thanks to our friends, we were able to borrow 3 magic wands and got 3 quests for the price of one because the cute wizardy guys in the shop messed up, but didn't care enough to fix it. I mainly went around with Wonderful Wizard, Magic Maddie, and Monkey Dan (their wizard names) since walking wasn't one of Dada's strong physical abilities at the time. 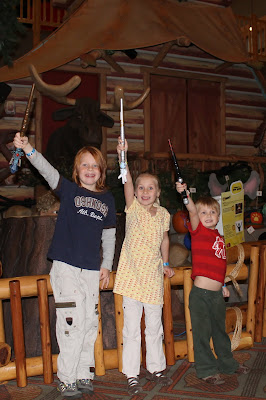 We took a break from the Quest for a Easy Mac and Cheese dinner in our room followed by more Magi Quest and then cupcakes for dessert for the birthday boy! (Awesome cupcake story: We went to Walmart to pick up food for our little trip, knowing the food at GWL would be expensive, and I found a dozen cupcakes for $.88!! I told the bakery girls and they were so shocked they ran around like crazy trying to get all of the messed up priced pastries before they all got in trouble. I asked if I could still have one priced at $.88 and one of the ladies (probably the one that mismarked them) grabbed them out of my hand and said no way, but the lady in charge gave them back and said thanks for pointing it out!! 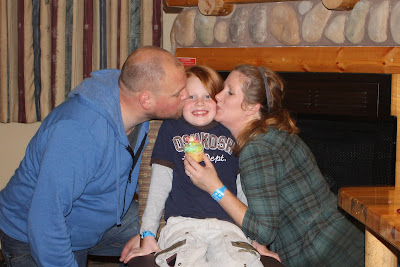 All of us, on the bed eating cupcakes and celebrating our crazy boy! 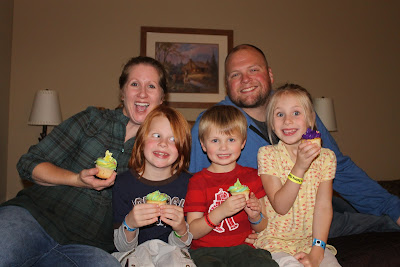 The next day we went back to the water park. This time Dada sat in the steamy hotness and read his book while we all swam around. 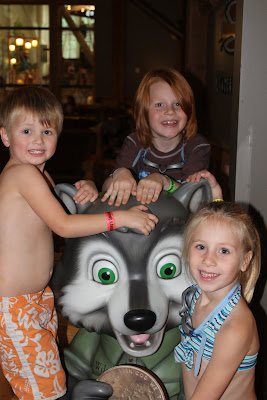 Eben really loved the water slides, except the time I fell out of the inner tube on the Tornado. It scared him to death that I was launched out and floundering around in the water. He was screaming, "Mama don't die! Mama don't die!" I didn't even get hurt, neither did Baby Wormie, but it was scary. I climbed back on the tube before we exited the slide. And then Eben told the lifegaurd, "Mama fell off the tube!" Now there probably will be signs not allowing pregnant women to ride the water slides. 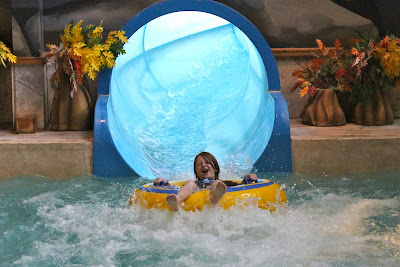 We spent the rest of the day finishing up Magi Quest, even though we had already checked out of our room. Peter mainly hung out in the lobby while we went all over the hotel trying to wave our magic wands at everything we needed for our clues. This was a very high activity hotel to stay at for 2 disabled parents. After the kids tried to fight the dragon,(Kivi succeeded in killing it) Peter and I switched and he took Eben and Kivi to the water park again while Jasper and I hung out in the lobby knitting and playing on the ipad. Meanwhile, we were subjected to the most horrible puppet show type thing ever. The basic moral of the show is that it's totally fine to get lost in the woods, the wolves are there to guide you and the eternal mother earth will always be there for you. And it's filled with just as bad songs that get stuck in your head. We were able to have quite a few good laughs about it though and thankfully the kids noticed the flawed advice right away. 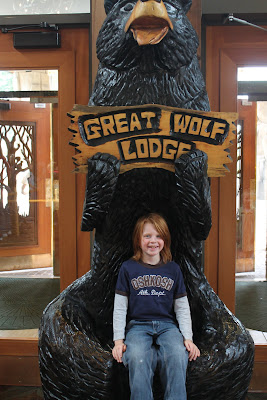 Eben, Happy 8th Birthday - clap, clap, stomp, stomp, HHHhhhaaaaooooooo! (It's a GWL thing.) We've had such a great time watching you grow and learn and love others. You have a lot of responsibilities in our home and you do them without complaining, with a happy heart and with confidence. We can't wait to see what a wonderful man of God you will soon be and see how He uses your wonderful creative qualities to serve others and be glorified. We are so blessed that He gave us a son like you! We love you, Eben!
Posted by The Johnsons at 3:51 PM

Happy Birthday Eben! Sounds like you guys had a great time. I keep waiting for Crystal to call me and tell me you've had the baby Amber. I know you aren't due till the end of the month, but you know...you go early! I'm excited for you guys!
Love ya,
Tiff for the Nevil Crew