Snow in the Amazon?

On January 13th we built our plane, got our passports and after collecting the clues around the house headed to the Amazon rain forest! Opie wasn't feeling so well that day, so she didn't get on the plane, but the kids built special spots for Pella and Berg, so they went along instead. 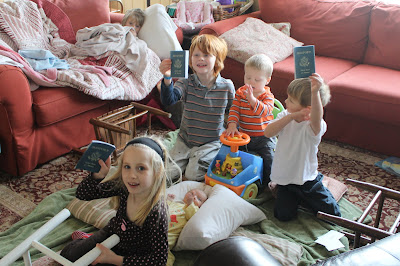 Over the weekend, it snowed a little and the kids were so excited to gather it up and make snow cone slushies. Is raspberry, coconut and strawberry flavoring a part of the fruit group? Cause that's about all we had for lunch that day. They didn't even care that there were pine needles in some of it. 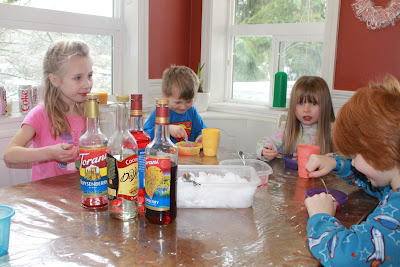 Over the next couple of days, it snowed off and on. We tried to get into the spirit of the Amazon. Dada even sang us an Amazon song, 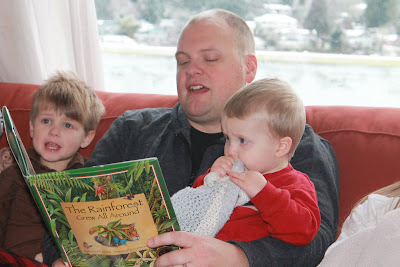 while the girls snuggled on the couch next to him. We learned about the animals of the rainforest, the forest layers and Chico Mendes. But it was cold and there was snow outside, and our thoughts kept wondering back to our fond memories of the Arctic. 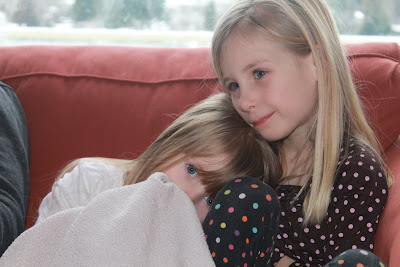 Tuesday night it snowed a ton! So when we woke up on Wednesday morning, we knew we had to give in to the snow and make the most of it. We got on our snow gear (which took about 3 hours!), got on our sleds and headed to the Schocks house. It's our snow tradition. 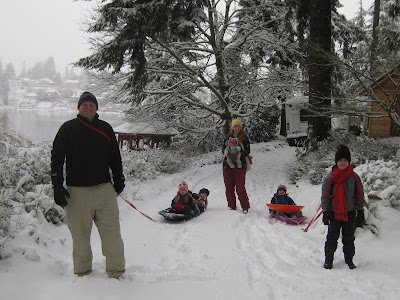 We trudged through the snow the whole way with only a little whimpering about cold hands. Eben was suppose to pull Jasper, but he only ended up making it about half way down our driveway and then gave up and handed the tow rope to me. Maybe next year.
At the Schocks, the kids played, while the Mamas and Dadas play games. The kids practiced built a human tower. 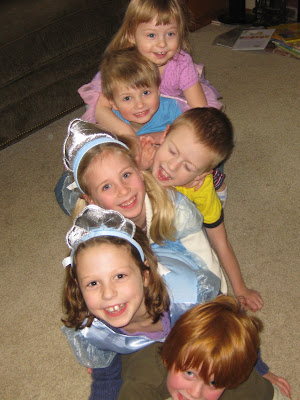 Then we had a warm lunch of homemade mac and cheese. The kids are all watching the Dads outside. Since we had so much snow, and a plastic bin, they decided to do something Peter's always wanted to try - building an igloo. 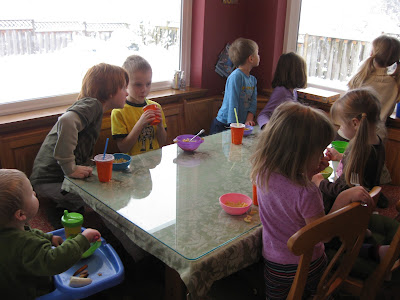 After lunch the big kids went out to help. 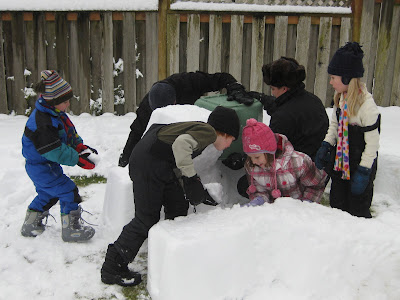 Then we took a break from igloo construction to go sledding! Actually, I didn't go, I stayed with the nappers. 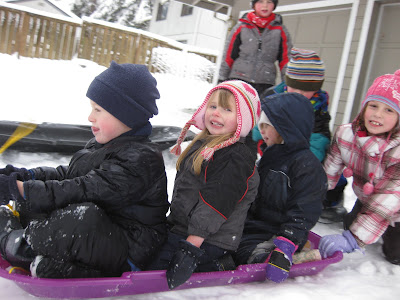 Then they all got right back to it. 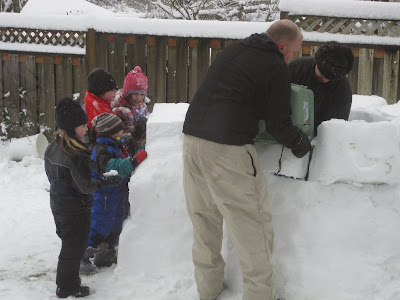 Finally it was completed! And it was big! They all fit inside. But I couldn't get a good picture because of all their foggy breath. 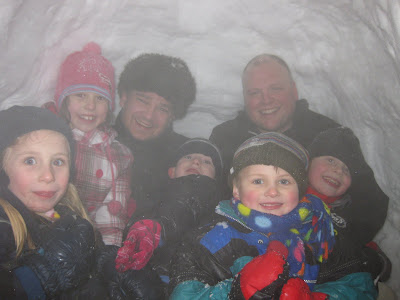 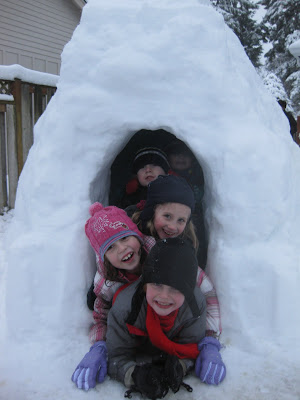 Cute Dadas and their igloo. (Yes, I made them pose like this.) 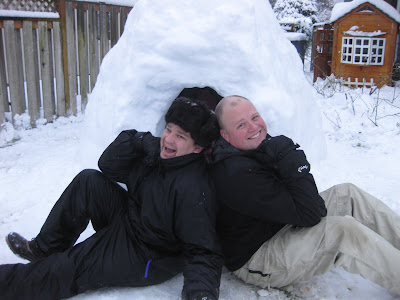 And being the macho men they are of course they had to power it too. 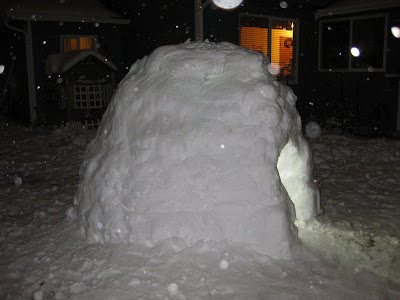 And good thing because Eben, Kivi, Grace and Jasper spent so much time in there, they even ate their dinner (Which was Shari's homemade chili, that's a snow tradition too.) in the thing. 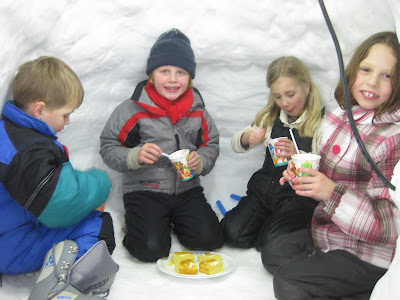 We usually walk home in the evening, but this year, we didn't. I didn't really feel like walking, and Peter had signed up to work an overtime shift at midnight. So we had a sleepover. But even though they wanted to we didn't let the kids sleep in the igloo.
Posted by The Johnsons at 10:16 AM

Yes, somehow the Amazon theme seems out of place with all of that snow. And WOW - what an igloo experience the kids have had, from Buggy getting them the igloo kit for Christmas - to making the real thing! Wonderful winter memories.
Love,
Momacita

WOW! It's so weird to see WA getting tons of snow while we're having a snow drought here in the mid-west. Have you ever heard of such a thing?