I said I'd never do commercial parties, but Jasper was so hooked on the idea of a Ninjago party, I couldn't say no. Plus, there were a lot of cute Japanese/Ninja ideas I wanted to do.  Poppie had come back after a week in California to build a storage addition on the mother-in-law so he and Nonnie could stay in a little apartment in half of the garage. He came up with a great idea to hang the pagoda cupcake holder from the old dead tree. 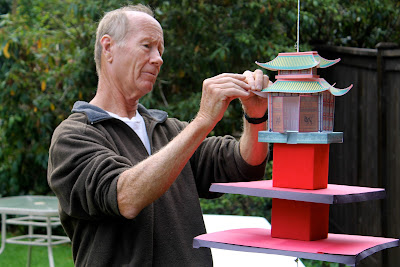 I made up these cute little ninja party favors out of candy stuffed in a toilet paper tube, tissue paper and Q tips. 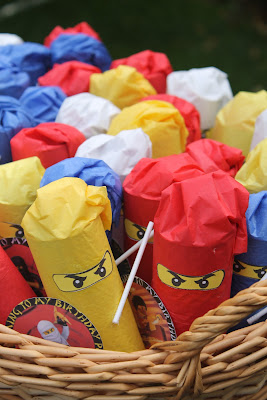 And we had to have candy sushi! 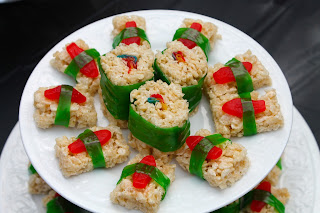 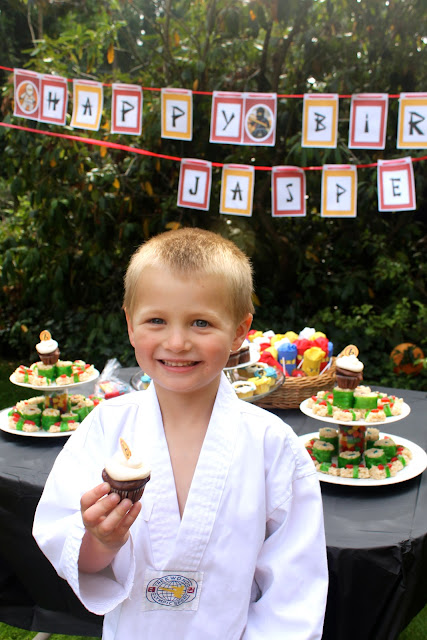 It was quite a balancing act to get all the mini cupcakes on the hanging pagoda, but it worked and none of them fell or got knocked off! 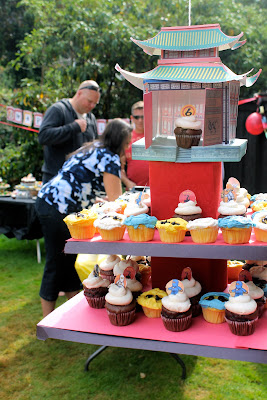 I was going to make stir fry for lunch, but my darling hubby suggested he just pick up some teriyaki and chow mien and they threw in the rice and stir fried veggies for free! So all I had to do for food was bake some egg rolls. Peter's a genius. Jasper the 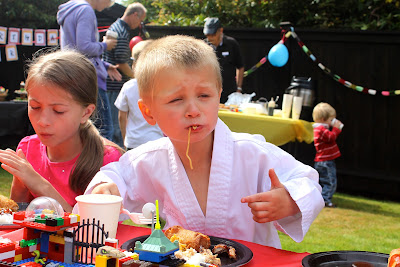 We played a human Ninjago game where each kid stood on a spinner and held a foam "sword" noodle. When we said, "Ninja Go" they had to propel their bodies around without moving their feet and as soon as they made a full circle, wap the other person first. 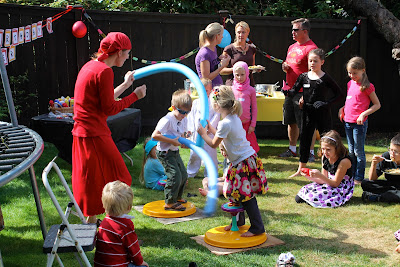 Eben was the Ninja spinner champion! Of course, we'd had these spinners for a while, just waiting for this day. 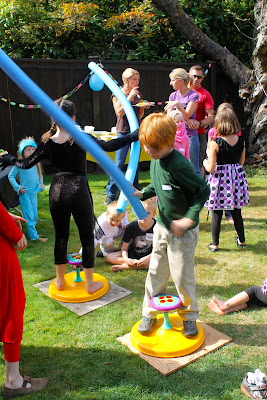 We had a Shuriko (ninja star) making table, so everyone learned some origami and made one. 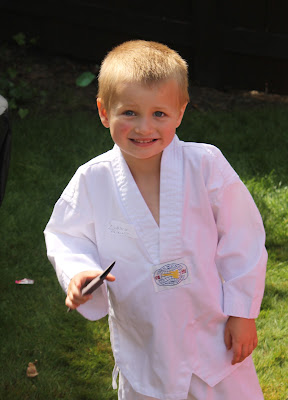 so they could participate in the Shuriko Shot competition! Maddox was the only one to get his star in the hole! 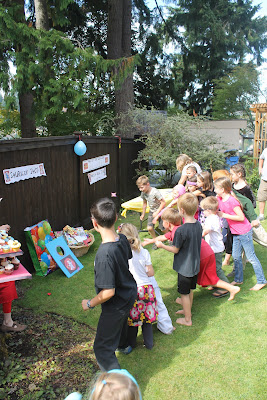 Except for Mr. Raykovitz in the adult competition. Way to go guys! Emma won for effort. 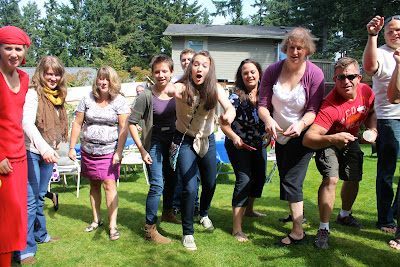 Jasper had such a fun time with all the people he loves! 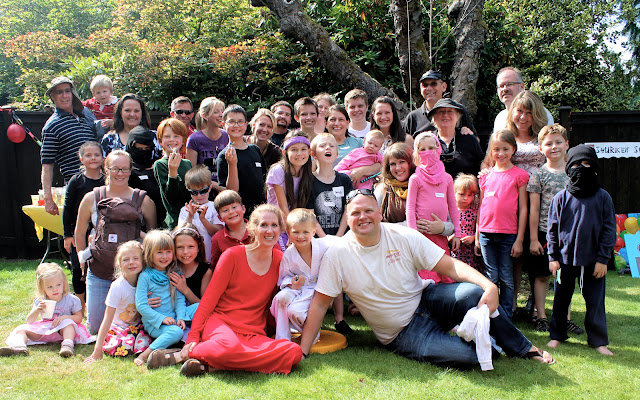 We love this guy so much! 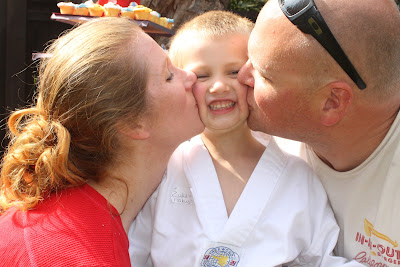 While everyone enjoyed some cupcakes and ice cream, Jasper opened his presents. 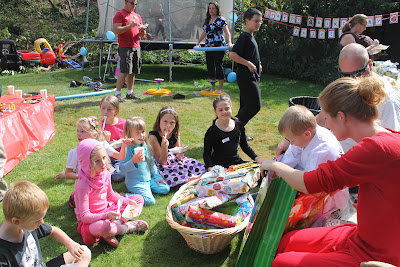 He even got two Ninjago spinners! He'd never actually played or had a Ninjago before, so Peter taught him after a game of ninja hide and seek. 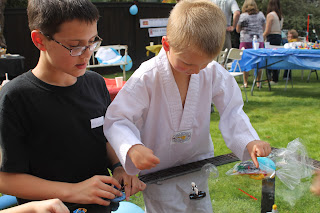 Jasper, you are such a joy to have in our family! You are kind and sharing with everything you have. You've already given away over half your gifts to others! You are super friendly always including others and meeting new people. You are reading chapter books already and rock at math in your K2 year. You are great at helping with Berg and Pella. You love shorts, Legos, building anything, styling your hair (especially with your blue gel) and being tucked in at night in the most particular way (your blankets have to be perfect). You are still super sensitive, and get your feelings hurt if someone wrongs you. You are still rough when you cuddle and your knees and elbows have a way of finding their way into everyone. But you're one great kisser! You have amazing talents and gifts that I know you will use to glorify God. You often talk about sharing God's love with others and becoming a missionary when you grow up! Whatever you do with your life, know that we will love you always.
Happy 6th Birthday Jasper!
Posted by The Johnsons at 11:20 AM

Happy Birthday Jasper! Cooper would LOVE to sit and read Ninjago books with you and play spinners. What a fun and neat boy you are! Great job on the party guys! I'm way impressed with the cup cake thingie in the tree...patience Daniel-son. -Tiff

I'm so glad that Poppie was there to celebrate with Jasper. As always, super cute and creative party ideas. You seem to have a never ending supply of creativity! It looks like you were blessed with a beautiful day. He must have felt so special. How we love our Jasper!
Love,
Momacita

Good to know about this birthday party and hope this will be useful for all. I am searching for lovely Los Angeles event venues for arranging my best friend’s birthday. Came across few good venues and looking forward to book the best one.