On April 19th the kids were finally able to perform the musical they had been working on every Sunday after church! Agape League! They were all Fruit of the Spirit super heroes and they loved it! And we all loved the songs even Pella and Berg knew them all and the dances by the time they were ready.
All four of our oldest kids decided to be in the musical and they all sang and danced in the opening and closing song. 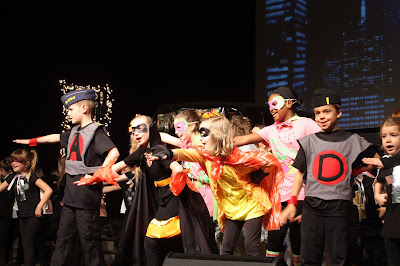 Opal was a dancer and dances in both the big and little girl dances. She also had a duet and sang so beautifully! 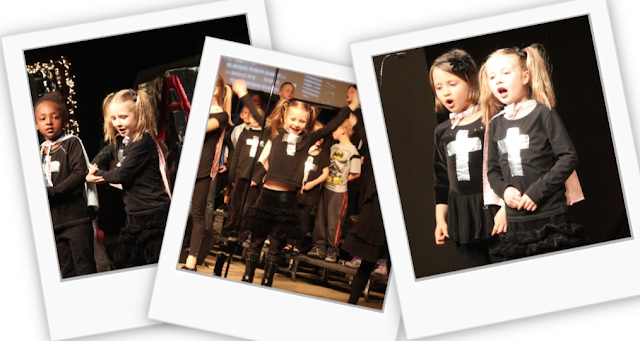 Jasper was in the boy dance and a special "Jump It" freestyle dance. He also had a small speaking part! 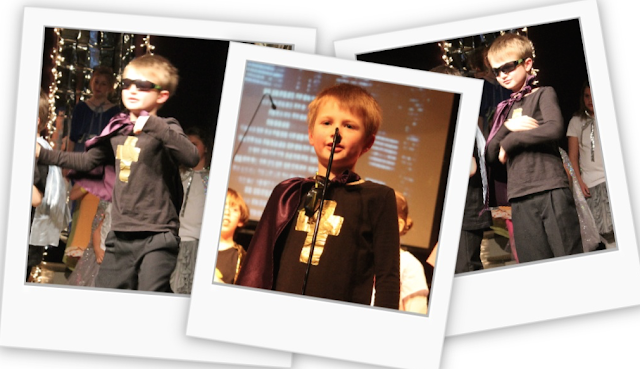 Kivi was our little actress and played the part of Shadow, the general's right hand superhero.  On top of memorizing all those lines, she sang in a trio in the boy dance, too! 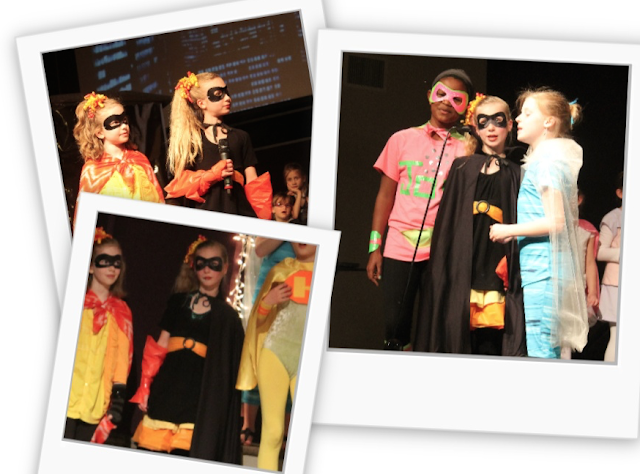 This was Eben's big year, his last year to be in the Promiseland musical. So he was able to do a lot! He had a main speaking role, although we didn't see him when he actually said his lines because he was the computer "Agape Interface". He really sounded like a computer, too! (The middle picture is him intently listening to see when his lines are coming up so he can go backstage and say his lines again.) He was also in the boy dance, the big kid dance, a dance duet with Raegan and sang a duet with Nathaniel! 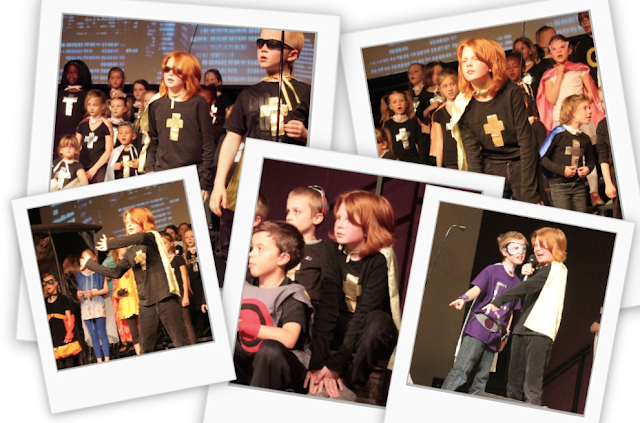 We were kind of sad they were only able to perform it one time. It was a great show and they did amazing! 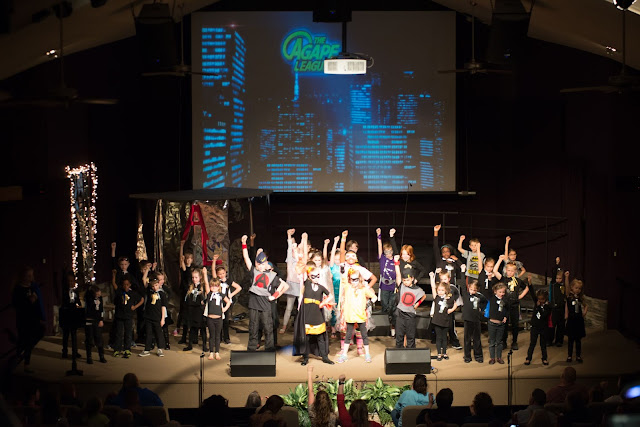 Miss Niki, Marlee and I directing from the floor. Marlee helped me this year with choreography! 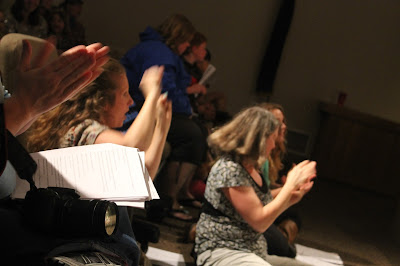 Hooray - they did it! Grandma and Grandpa and even Mr. Lonnie and Miss Meri came to see them! 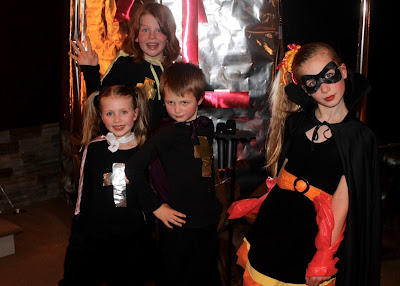 Afterwards, we had giant waffle ice cream cones to celebrate! 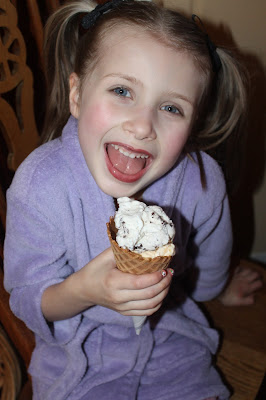