The night of Feb. 5th while we were at a friend's house for a Super Bowl party, it snowed. The kids played the rest of the night in the slushy snow/mud in their backyard. It snowed all night long and the kids were so excited to have a Snow Day on Monday! They certainly made the most of it. Eben (and Coal) built a snowman, the boys made a snow fort. The girls (and then all the kids) worked on a igloo and finished it! It was impressive! It even had a window. They all sledded, made snow angels, snow balls and brought some inside for snow cones. They played out there all day long! 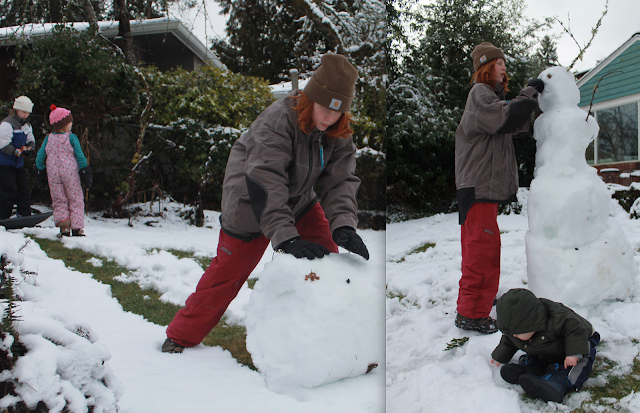 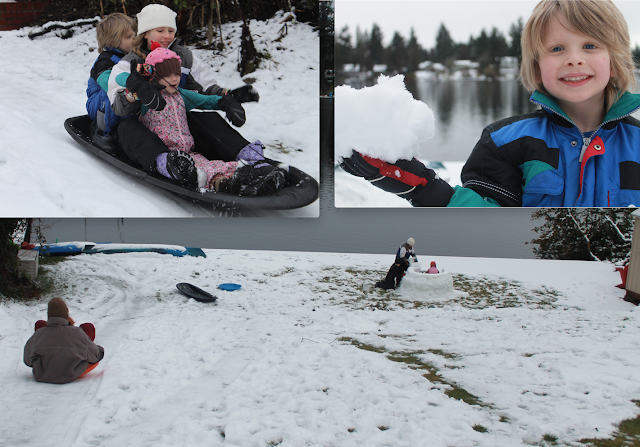 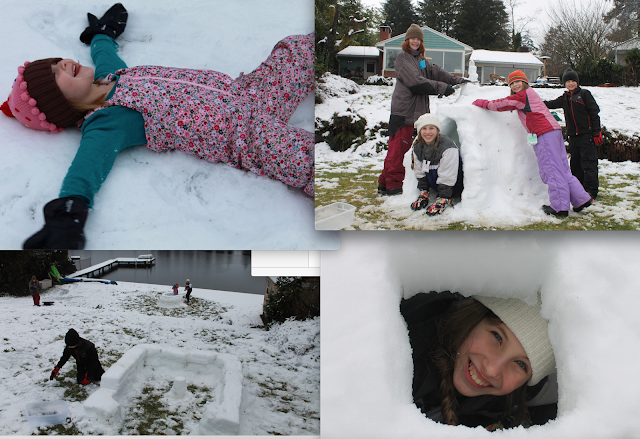 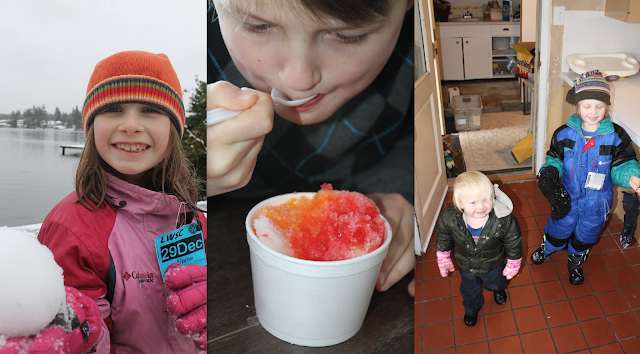 A couple of days later the igloo looked like lace! 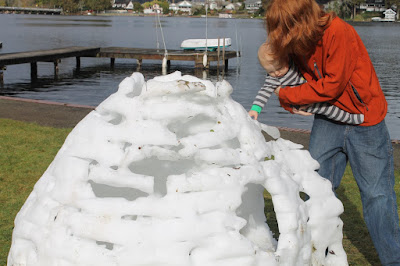