Getting Ready for the 4th!

Eben helped Dada take a yard of sand down to the beach. During the winter rains it all washes away, so thanks to Peter's hard work the next two neighbors down have lovely sandy beaches now. 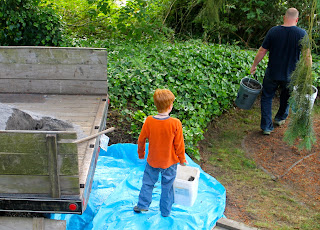 Instead of a sparkler picture this year, Peter decided to buy a ton of paper lanterns for everyone to release into the air at the same time. Of course, we had to test them out ahead of time. 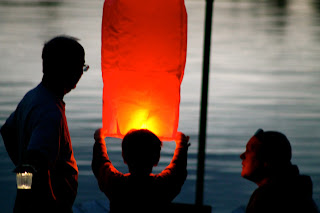 Even one lantern in the air is so beautiful. 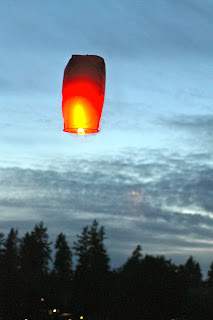 These next two have nothing to do with getting ready for the fourth, but they were cute.
Opie and Jasper playing with Pella. They are all so helpful with her. 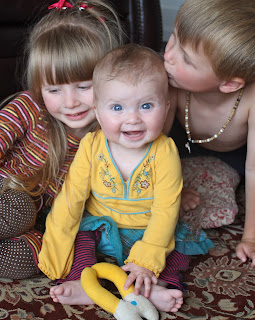 Eben baked us a cake all by himself. 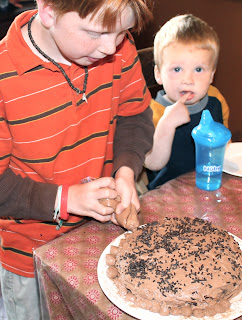 The day before, we decided to try out some bottle rockets. The fourth of July sometimes gets a little crazy and some of the kids don't get to light them or their too little and scared with all the people around, so we let them light some in their jammies before bed right off the deck. 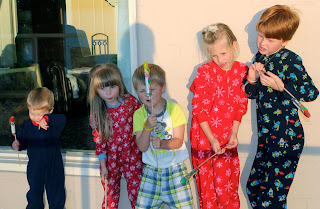 Opal thought they were a little too loud. 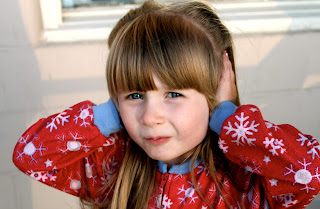 Poor little Bergie touched the punk after he lit his even though Peter, my sister, my dad and I were all present, none of thought to take it away right after he lit it. Oops.

Dodie rushed him to the sink, and he didn't even get a burn. 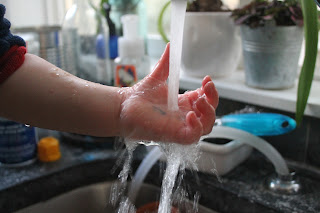 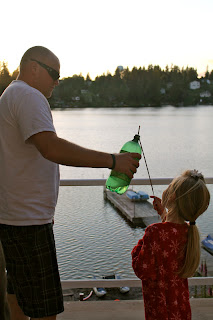 I just like this picture, because I actually got it flying off! 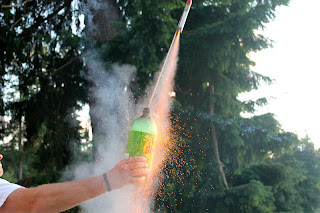 Poor Bergie! Like Aunt Jan says, "I guess he'll never do that again!" Can't wait for the group lantern picture - just like in Tangled. Pella is so photogenic - she looks right at the camera and smiles. So cute!
Love,
Momacita

ooohhh! I LOVE the lantern! Tell me where you bought them! I totally want to get some. Can't WAIT to see the pic of everyone's lanterns at the party! SUCH a cool idea!!!!!!!!!!!!!!!! Did you attach prayers to them? Ohhhhh I can't wait!

Wow big family. I have 3 girls and aiming for a boy.