One of Peter's goals when we first got married was to buy a rental house every year. We actually did it for a while and then kids started coming and we stopped buying rentals. One of our cute little rental houses, which we call the McKinley house, had been vacant for a while and Peter was able to go see what needed fixing before we could rent it out again in the beginning of March. He arrived to see the windows knocked out and boarded back up again and realized some squatters must've been living in it.
But as he looked in the windows he noticed something much worse. The water pipe in the attic had burst from freezing leaving water gushing from what was left of the ceiling. Most of the ceiling had fallen onto the floor and there was standing water and mold everywhere! He called the insurance company, who told him he'd have to get someone to assess the damage.
After many, many frustrating phone calls and emails, our insurance company decided that they wouldn't cover any of the damage.  They "would have covered it if..." and even tried to coax Peter into what "might have happened". Peter is a very truthful guy. He didn't lie. They stood firm. Peter was not happy. What in the world had we been paying insurance for all these years?
We prayed about what to do and realized the only thing we could do was let go. We'd have to give up our cute little house. We told the insurance company, "You win. We can't afford to fix up this house on our own so we'll be giving it back to the bank." Immediately the insurance company decided, "Oh wait, there might be something we can do." They ended up paying for a whole new remodel of the house! Praise God! It was a great illustration for us how God wants us to give everything to Him and be willing to let go. He'll take care of us. Even if we had to give it up completely, I know He'd take care of us. We had a total peace in letting it go, but now we'll be getting an even better house in return for being honest and trusting Him. 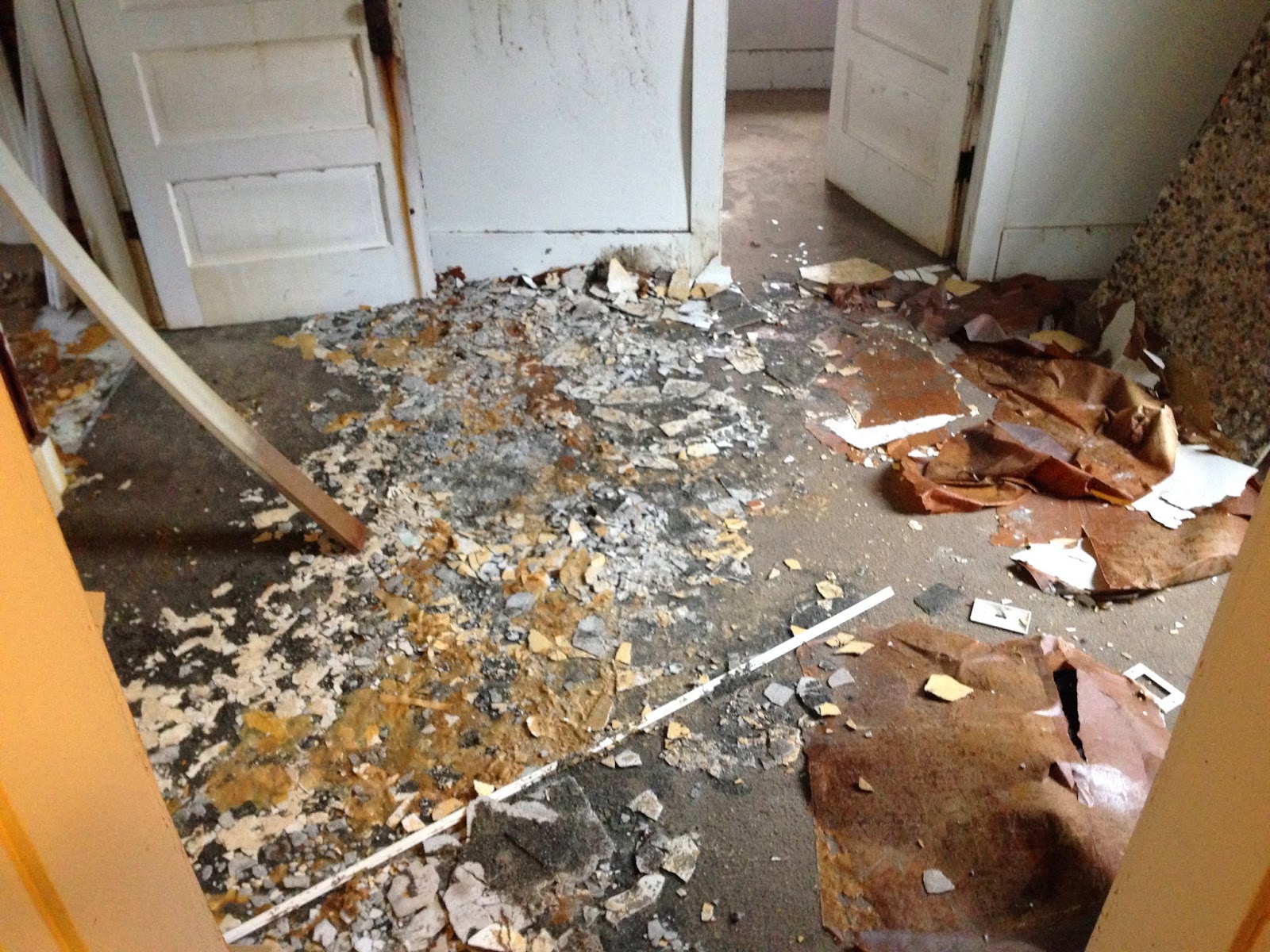 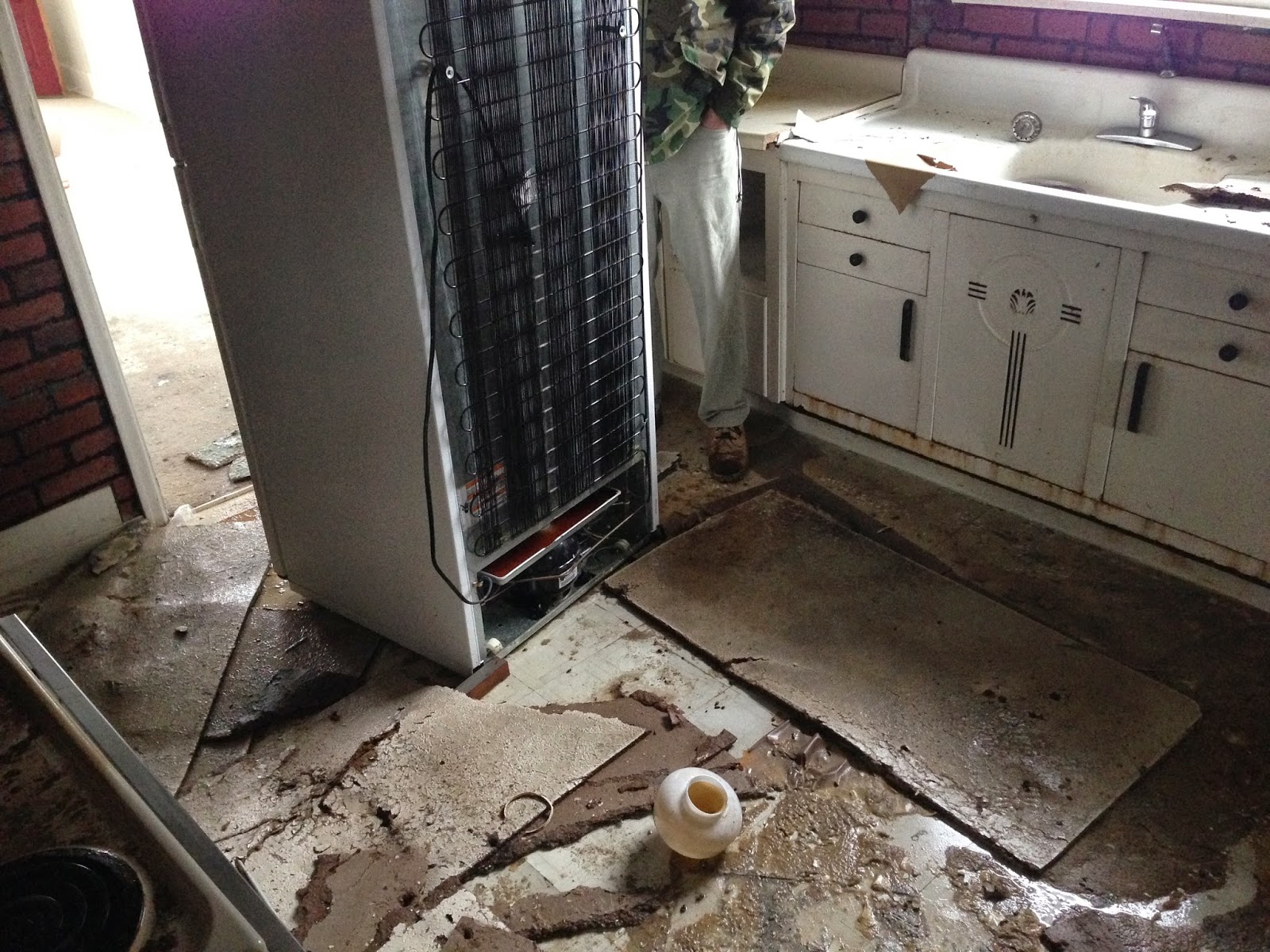 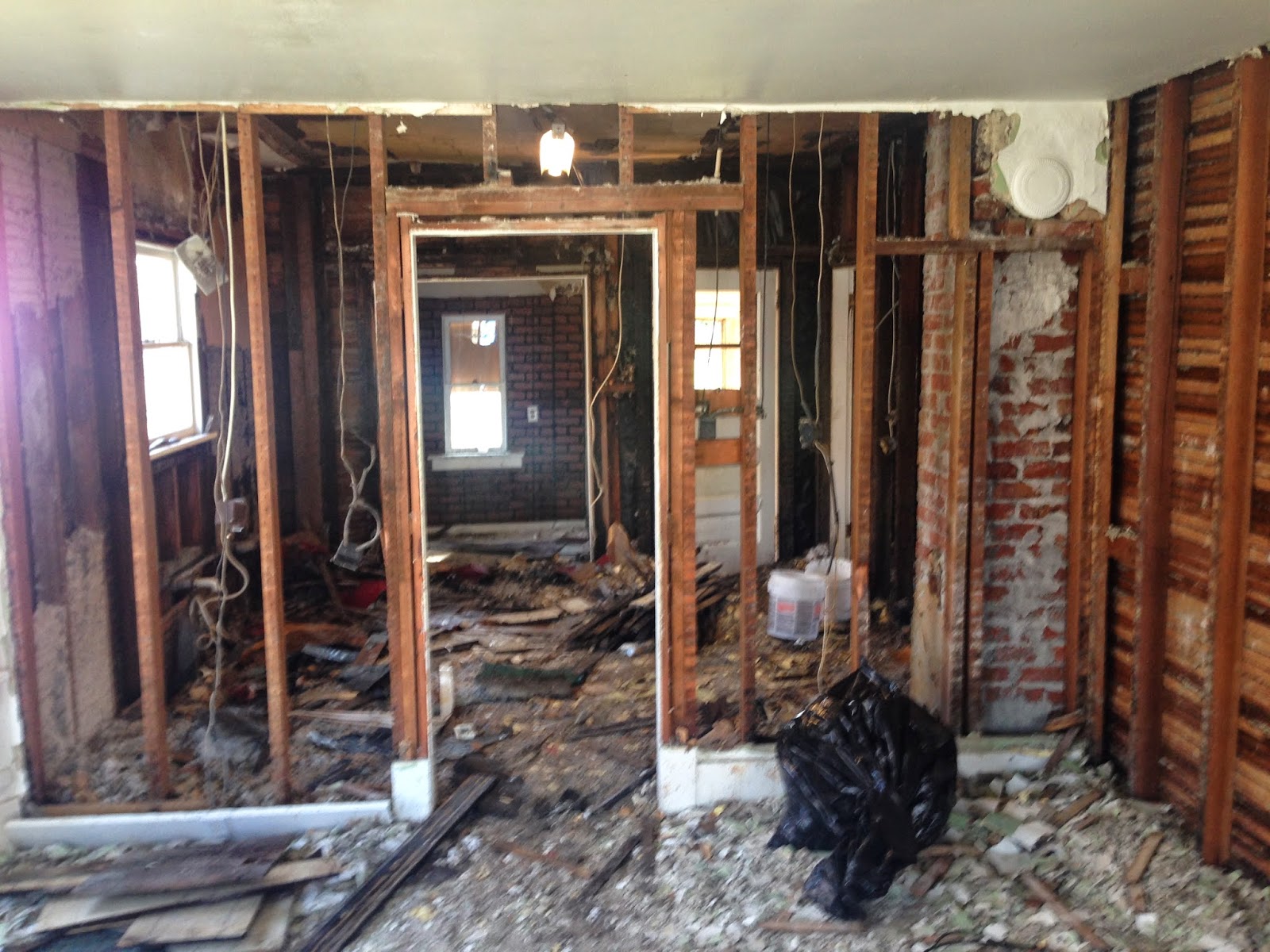 All the walls are gone. It will actually end up being a 3 bedroom instead of a 2 and have an open great room feel between the kitchen and living room now!