My (Mama of Seven!) Mother's Day at Seaside 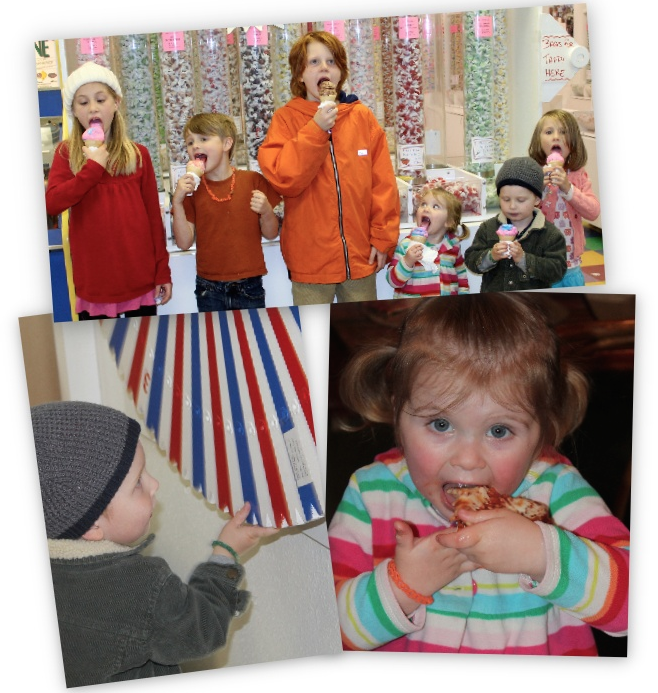 Peter planned a Seaside, OR trip for Mother's Day weekend. The first thing we did was get pizza for dinner and walk over to our favorite candy store and spin the taffy wheel and get $1 ice cream cones!

The next morning we headed over to Goodwill and let everyone buy their own toy for $5.00. I know, we're big spenders! Everyone had so much fun picking out their own toy and then it kept them busy during the down times at the house, it rained a lot the first two days so we didn't go outside very much. Eben and Jasper combined their money and got a super marble maze set, Opal got make-up, Kivi got 3 looms and yarn, Berg got a motorcycle, Pella got a puzzle and Mama got bubbles and boots. Dada made his own super bubbles when we got back.

On Sunday we were finally able to go outside and ride bikes after a lovely Mother's Day breakfast. We of course rode to go get ice cream and candy. 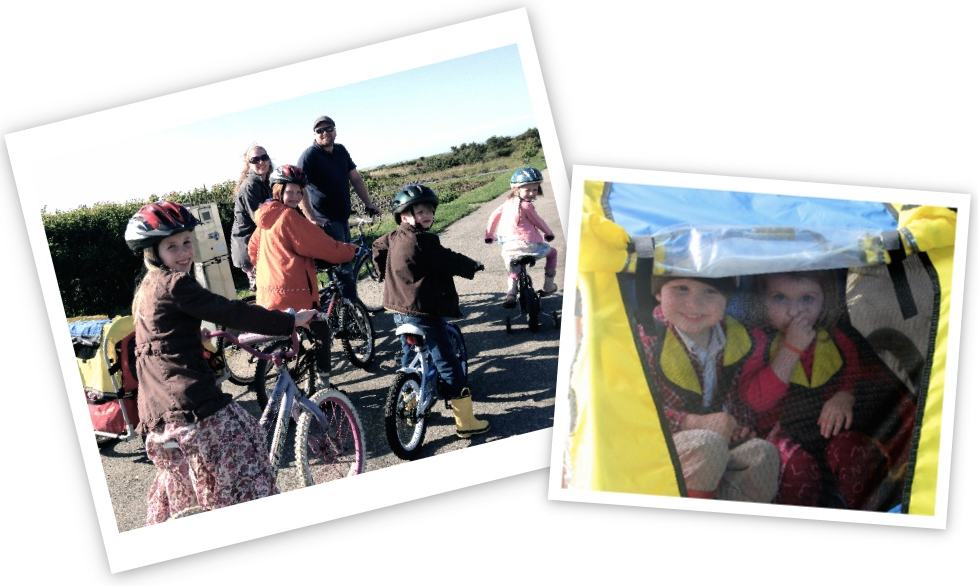 Later we took a walk down to the beach... 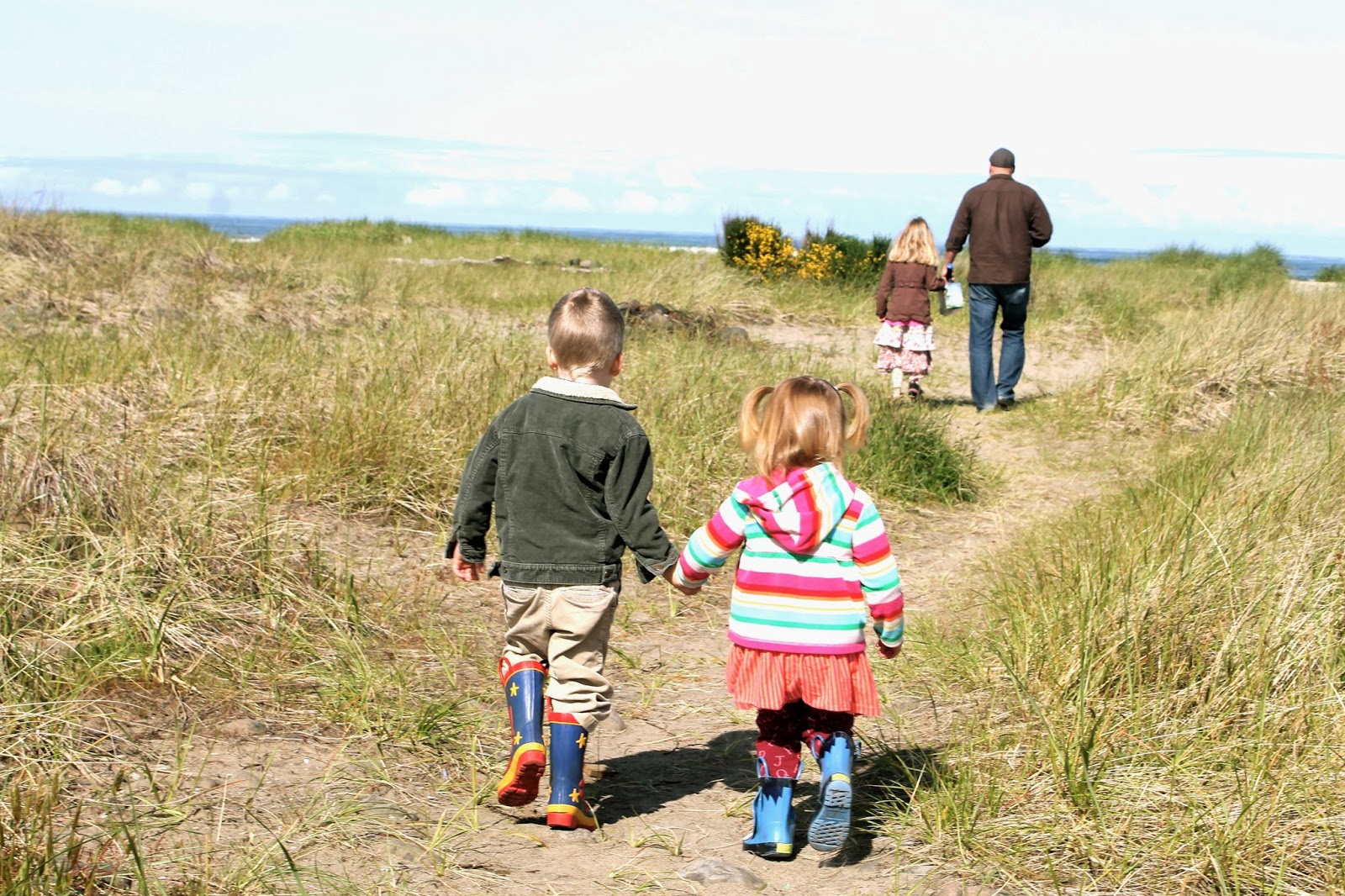 and told the kids about how they are going to have a new sibling!
#7 is on the way! Baby Bear is due on November 29th! 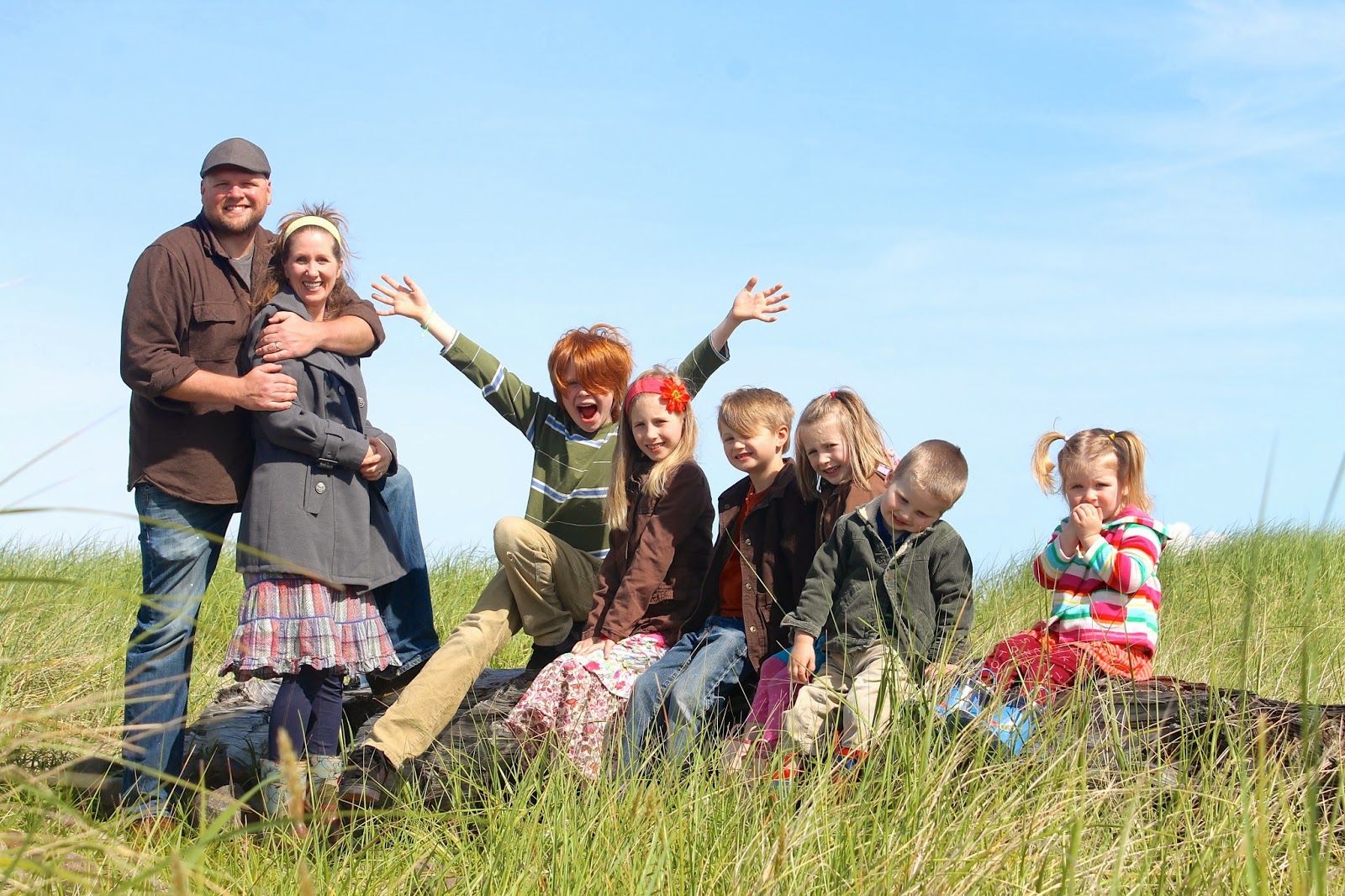 We played some baseball in the sand and then jumped and ran away from the waves. Berg didn't run away in time and a wave knocked him over fully dressed. He wasn't happy about it. So he took off all his clothes and put on Kivi's jacket. 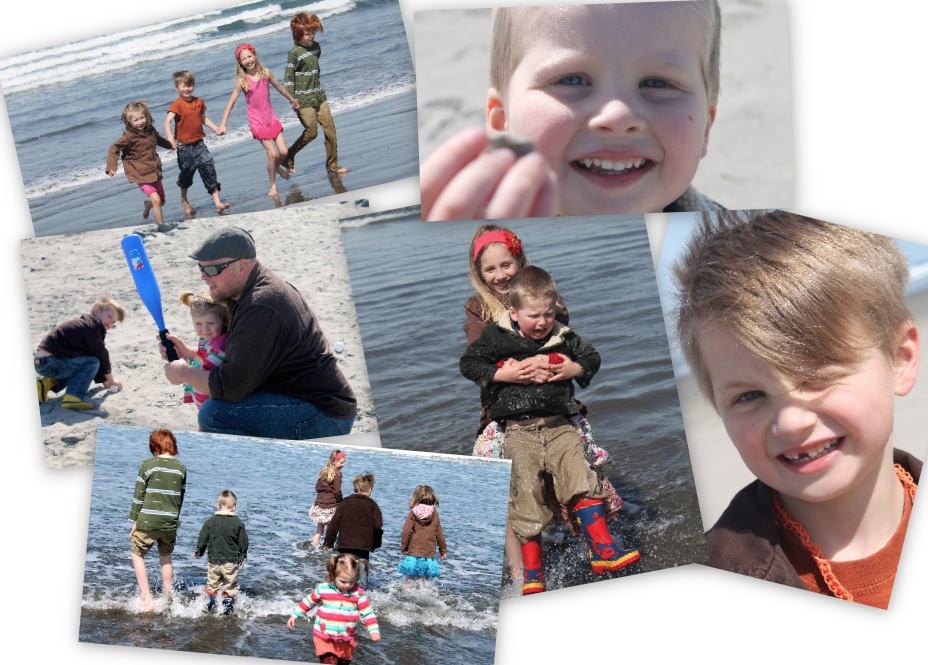 At last Dada convinced Berg and Pella to jump waves with him and he told them he'd keep them safe. But the first wave to come along knocked them all over and they both we very unhappy and soaking wet. That was the end of beach time. It was actually very hilarious! 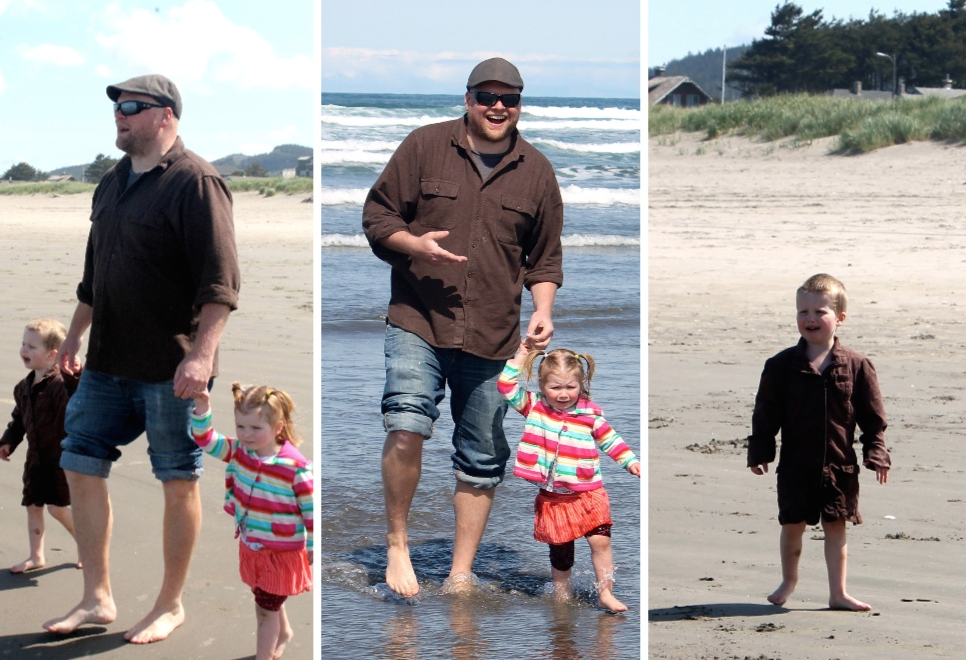 We told both of our families that Mother's day about Baby Bear over the phone and then went out on the town to have some Chinese dinner, ride the merry-go-round and bumper cars for the big kids, swing on the swings and run through the dunes. It was a great relaxing weekend with my very favoritest people in the world.
Posted by The Johnsons at 2:30 PM

I knew it! After your post about HOly Week and saying how tired you were, I knew you were expecting. :) Congrats!

Congratulations, Johnson Family!!! Thrilled for all of you and your upcoming bear!
-The DeyArmin Family

Get professional trading signals delivered to your mobile phone daily.

Follow our trades right now and earn up to 270% daily.