On Sept. 28th Dada took the boys to their first baseball game! We (the girls) dropped them off at the train station where they rode the Sounder to Seattle and had a great manly day eating tons of snacks that Dada bought especially for them, including a whole box of Whoppers each and a whole bags of peanuts. (It was after this that we realized Jasper's face doesn't like peanuts and he hasn't had a nut since.) The boys enjoyed the game, their yellow towels they got to wave around and a fun day with Dada. 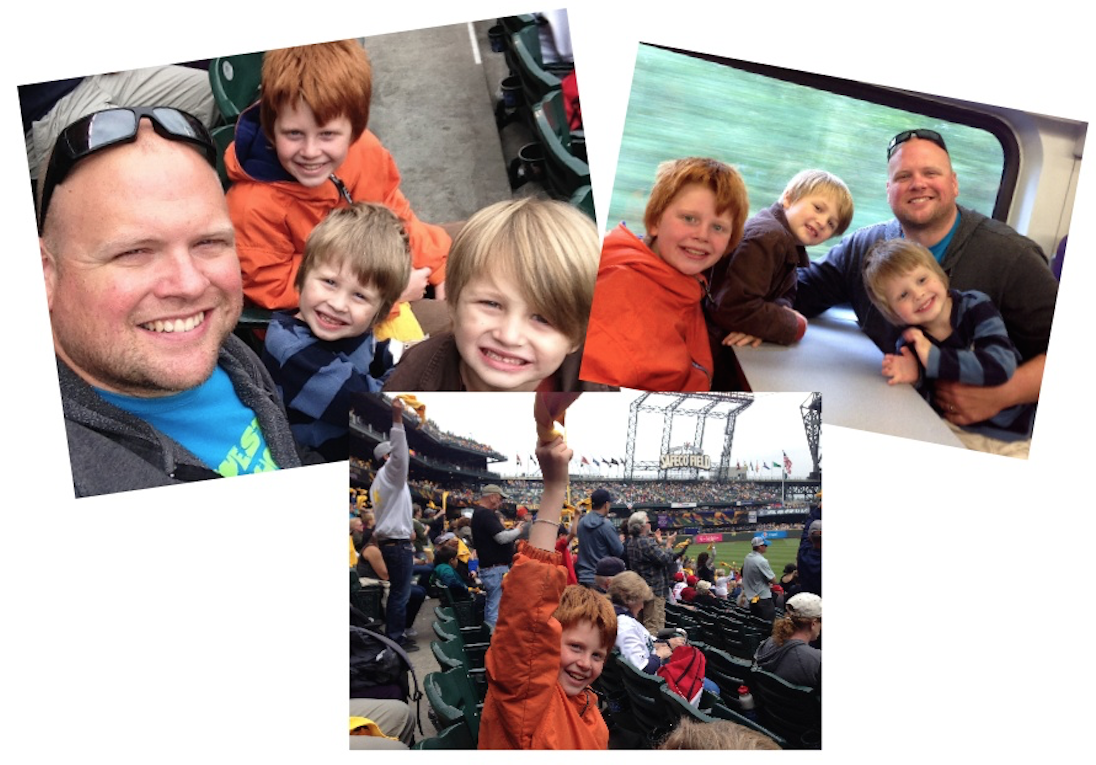 Meanwhile, the girls had their own fun time with the Schock girls. We spent the afternoon having a tea party and painting plaster figurines and the Mamas puzzled! Good day indeed! 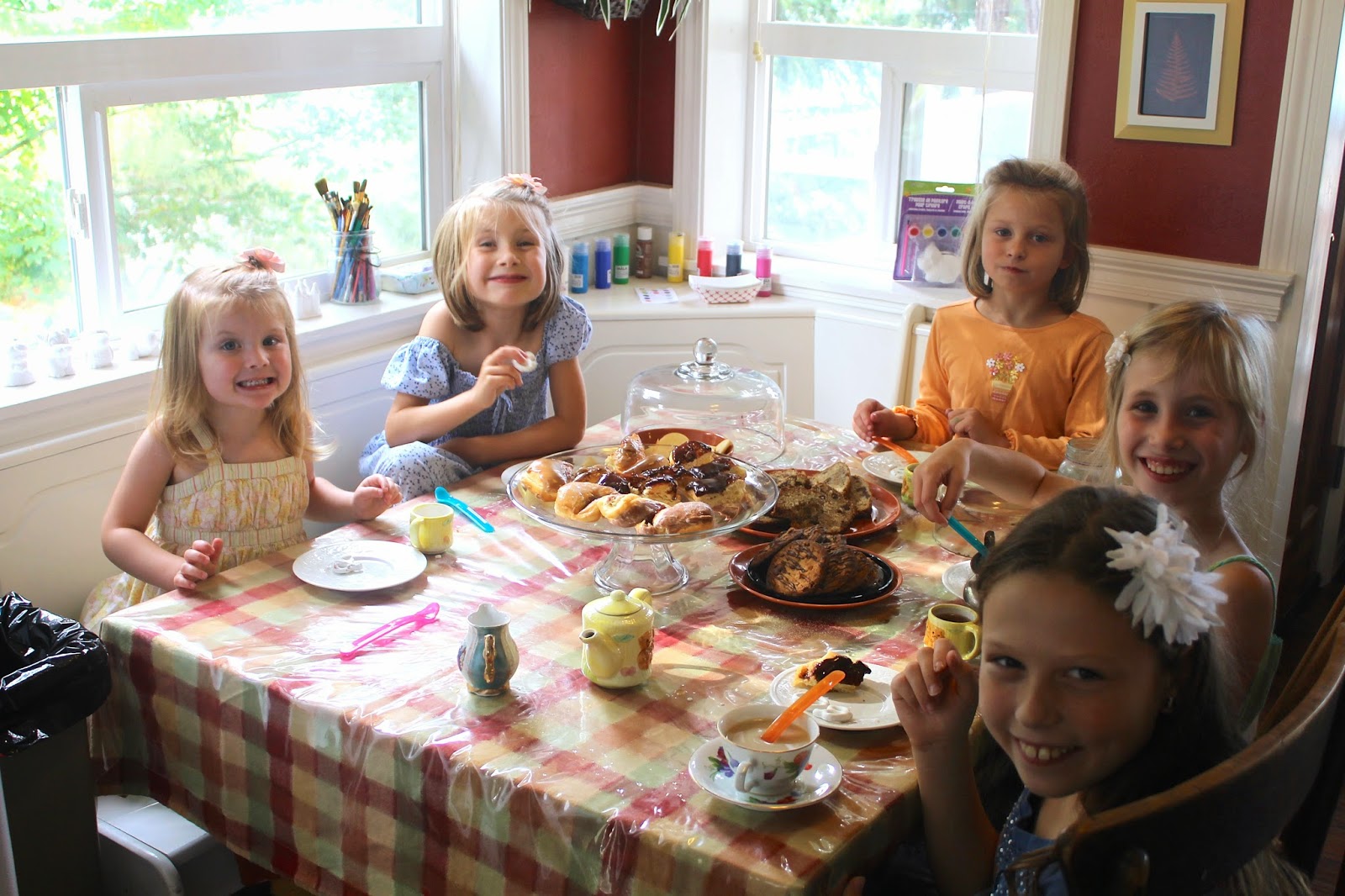