Friday, May 10th
We talked to the kids on Facetime in our hotel room. I have a theory about talking to kids on trips. Either they don't miss you and you feel bad, or they miss you and you feel bad. So generally I don't call the kids.  But this was a long trip and Peter really wanted to talk to the kids. I missed the kids and I cried. We ate fried eggs and shakshuka for breakfast at our Ron Beach Hotel and took dates, bread and cheese to go. The bus drove us to the Dan Nature Reserve where King Jeraboam made golden calves to worship which divided Israel into two kingdoms. We saw the Canannite gate, Israeli gate, other gods altars and the Lebanon border. 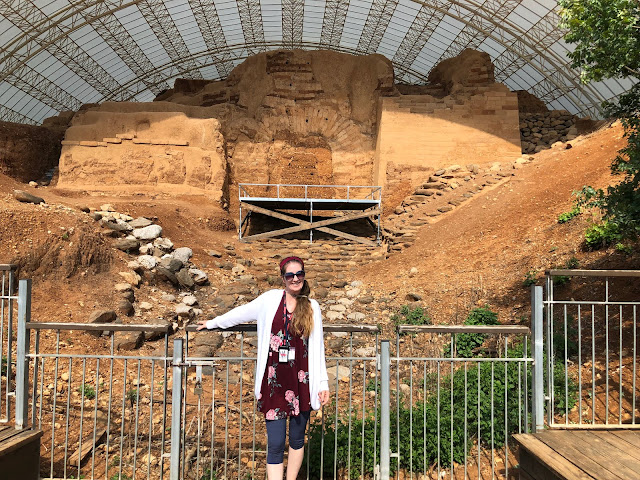 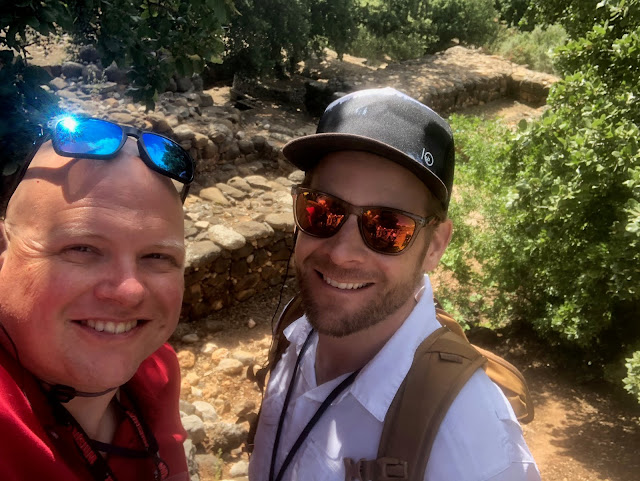 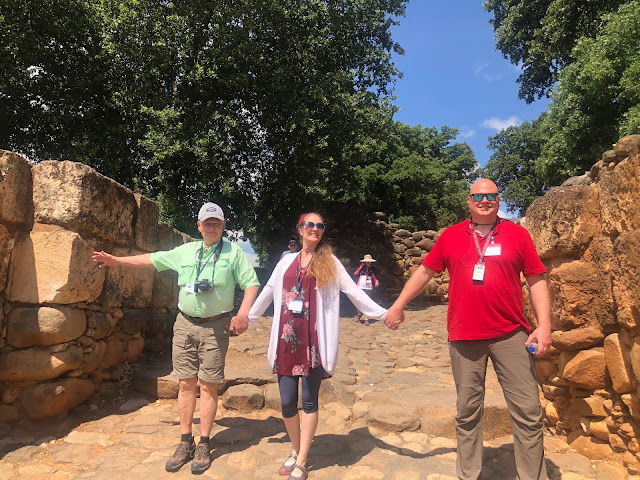 The bus took us to Caesarea Philippi. Beautiful waterfalls. Herod built one of his palaces there. We saw the spring in a cave and statues built to the god Pan. We talked to Christian Koreans there whom we at first thought were praying to Pan, but we found out they were praying to God for all the lost people who don't know Christ. It was strange because they were praying with their hands on the Pan shrine. 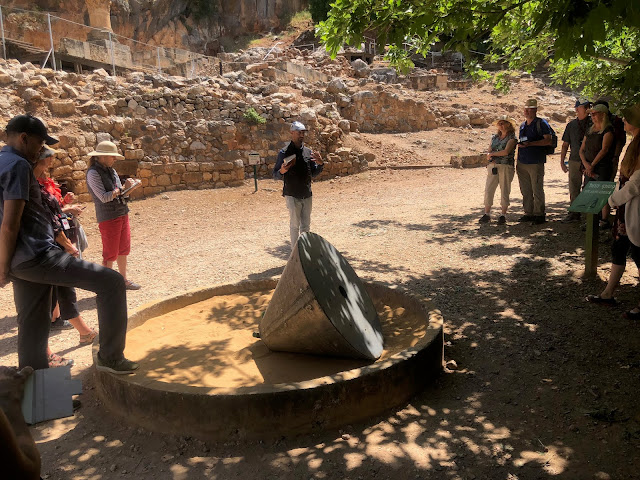 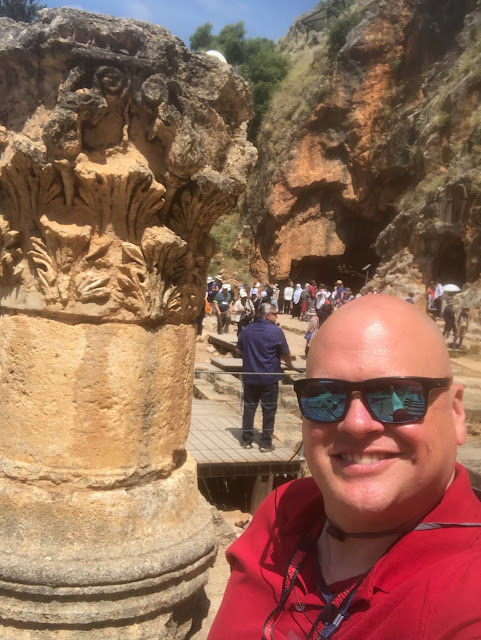 We took the big bus to Golan Heights to see Mt. Bental and get a view of Mt Hermon and Syria. I went through the military trenches with Tyler while everyone else got in line for coffee. The view of Israel's lush land was in such stark contrast to the desolation and crumbling buildings on the Syrian side of the border. 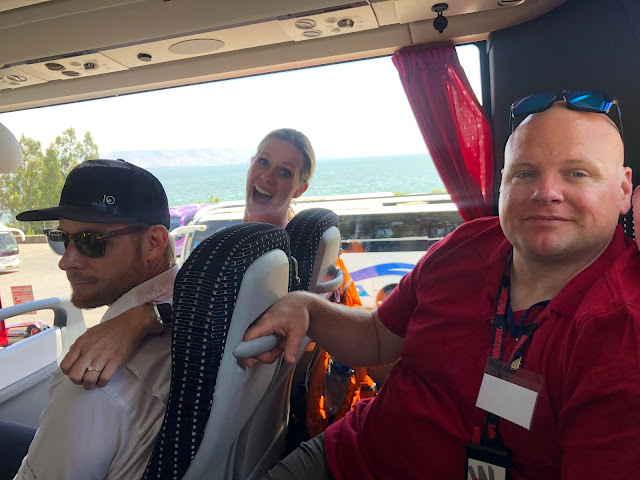 We spent about 20 minutes in Capernaum and walked around this tiny town where Peter's stone house now has a glass-bottom church built on top of it and we snapped lots of photos in the synagogue where Jesus taught. 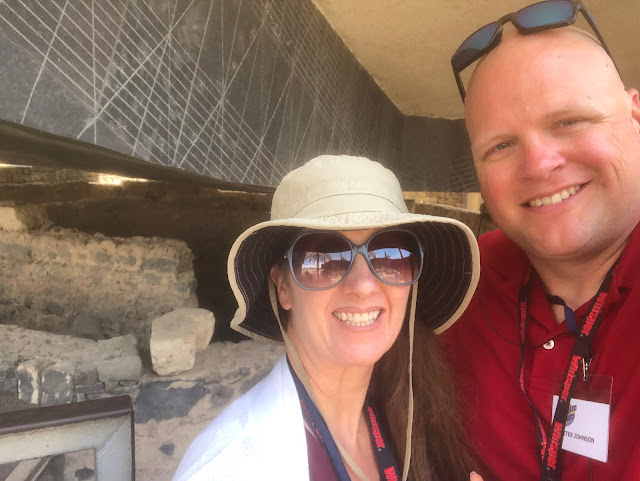 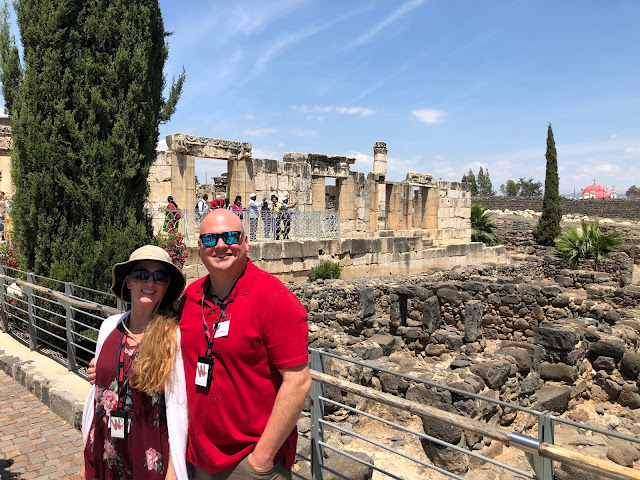 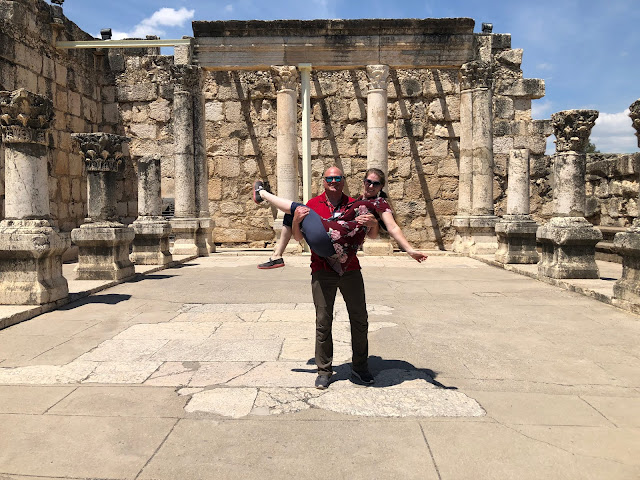 Our St. Peter's Fish Fry was hillariously located at the same Deck's restaurant where we had decided to go "off tour" to dine the night before! However, this time we had the pleasure of being serenaded by the owner of the restaurant while we ate our tilapia and fish who led us in her own rendition of "Holy Ground" which we belted out for the rest of the trip. 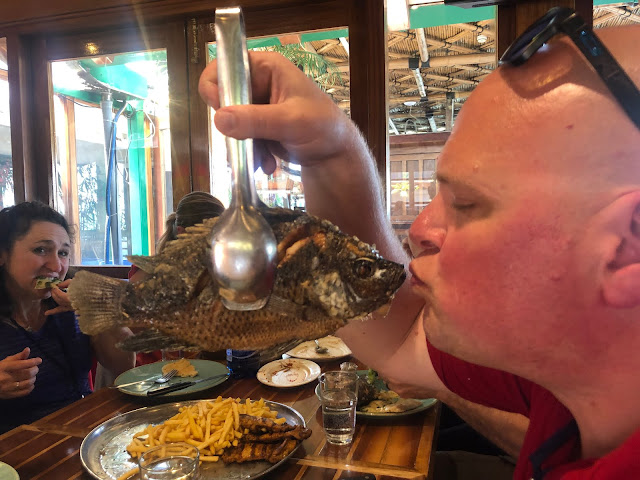 The boat ride on the Sea of Galilee Peter and I both thought was going to be hokey, but was one of the most moving experiences of the trip. It was very emotional to be on the same body of water where Jesus had spent so much of his time on our earth. I cried. Peter cried. We wish we could've stayed longer, without a schedule. Tony led worship, David gave a devotional and I videotaped for him. 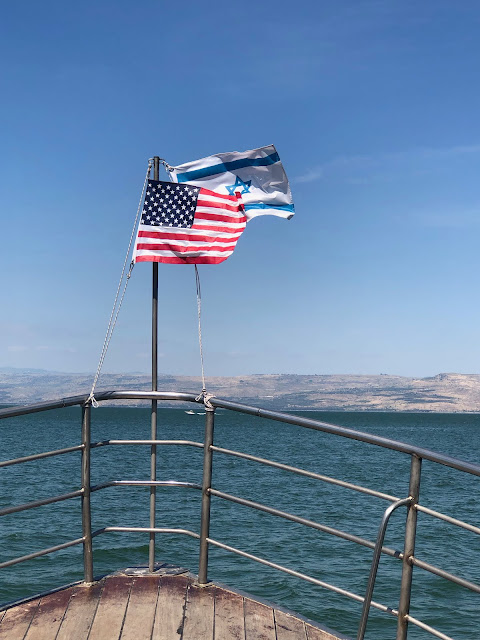 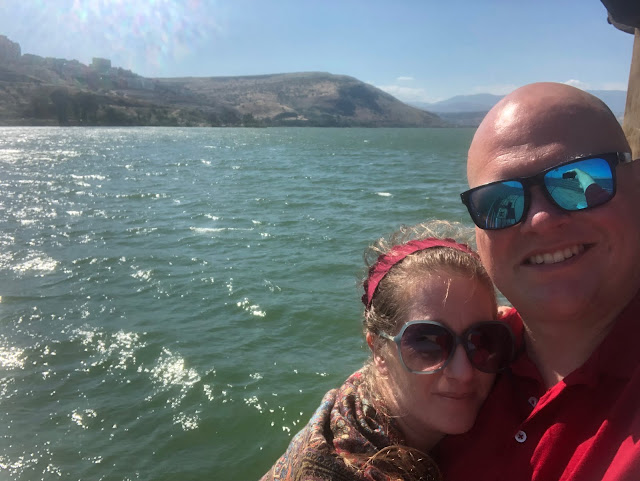 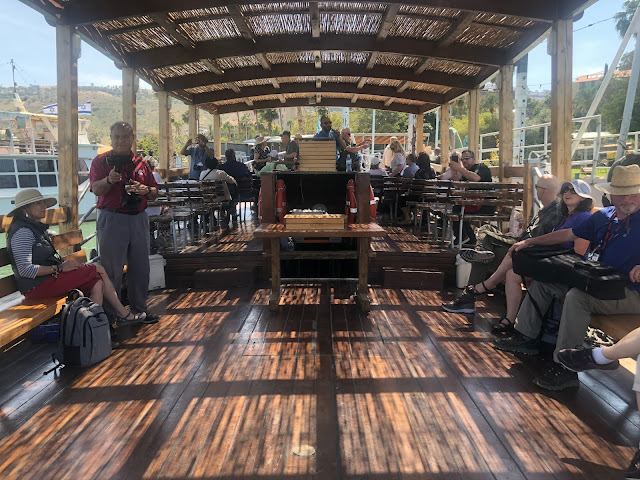 Magdala was a new find from 2009 that a Catholic church uncovered while building. It is a first-century synagogue with original tile work and a replica of a huge decorative rock that was found there which was used for setting scrolls on to be read by the priests.  Nearby, like feet away, is an uncovered bathhouse and a blocked road and house. It was the biggest first-century town.  We also visited the Catholic church which had to be built in a different location, obviously, but not far from this site and they had beautiful mosaics all showing scenes from the Bible of Jesus near the Sea of Galilee. 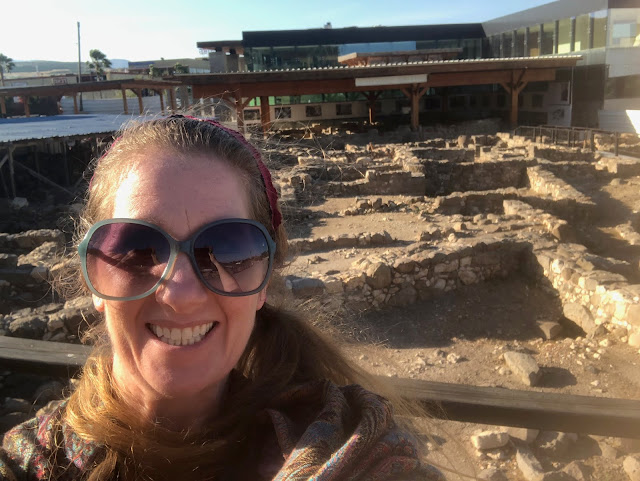 Back at our hotel, we swam in the Sea of Galilee, had dinner with the Ourys at the hotel, filmed my rap, played "Up and Down the River" with the Knacks, Durrs, Wells and Tony and then went to bed. 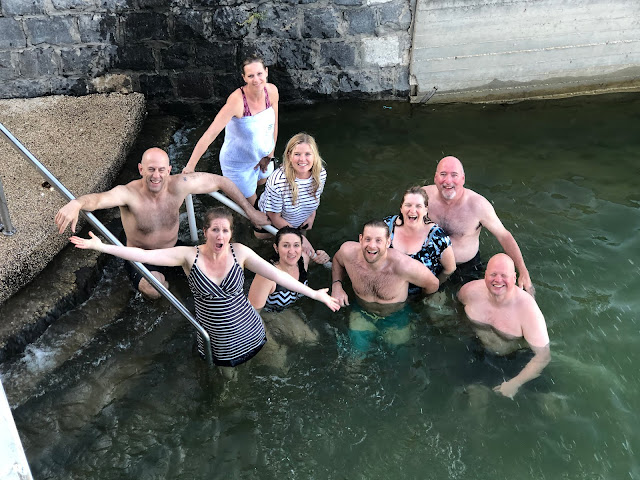