Sat. May 11th, 2019
We ate breakfast at the Ron Beach Hotel and then headed off to see a first-century fishing boat and watched a movie on how they restored it. We filmed our group singing my Sea of Galilee rap chorus. 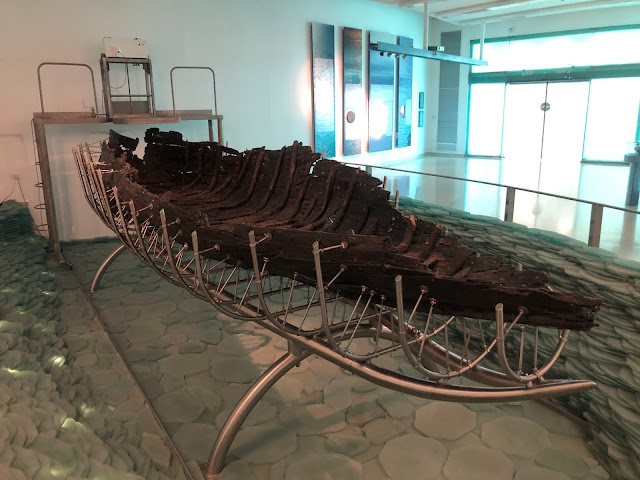 Beit-shoam/Scythopolis was a first or second-century city with huge baths, columns down the promenade, a theater (which I had to dance in) and many toilets (which Peter pretended to use). Saul and his sons were hung on the wall for all to see at the entrance to this city by the Philistines. We went off the take pictures on our own. 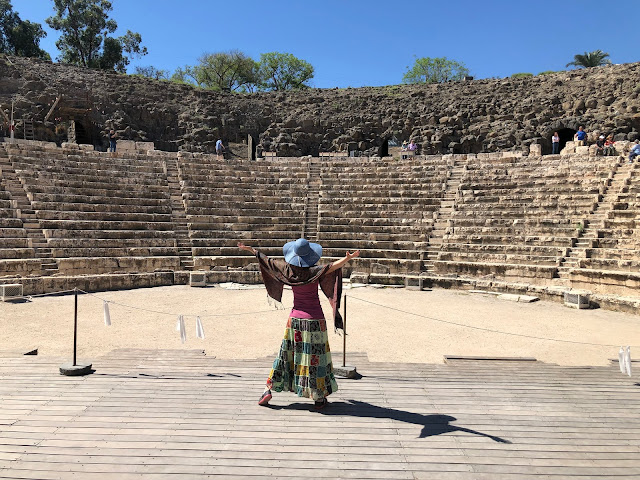 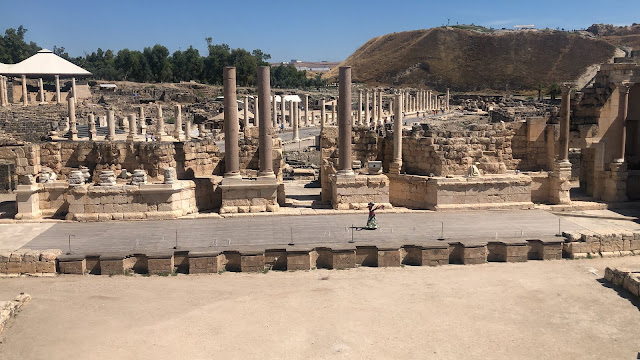 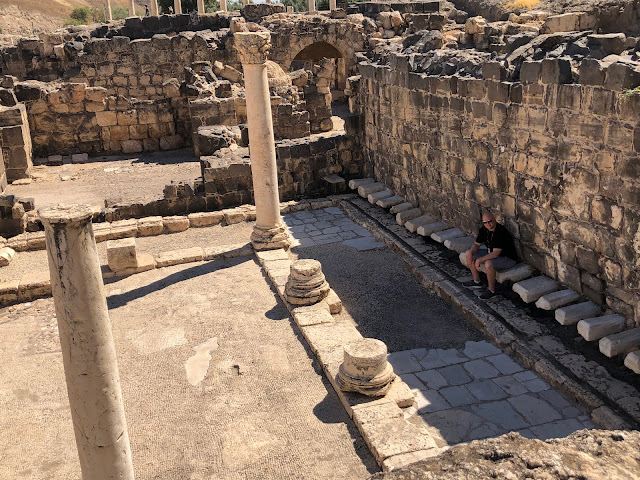 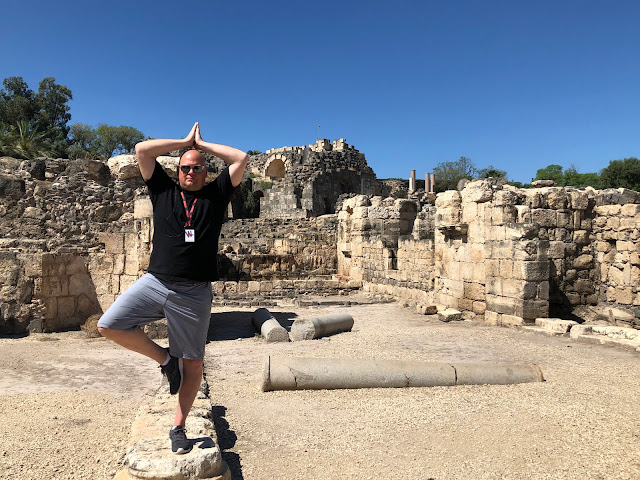 In Nazareth, we went to a recreated Biblical times village. Rasha, our very soft-voiced guide, led us while quietly telling about each place with many dramatic pauses and hard stares. It became comical instead of thought-provoking. We saw sheep, a real wine press that they had uncovered, and an olive press and many costumed people going about doing their first-century work. The best part was the tomb that they let about 5 of us crawl around in. 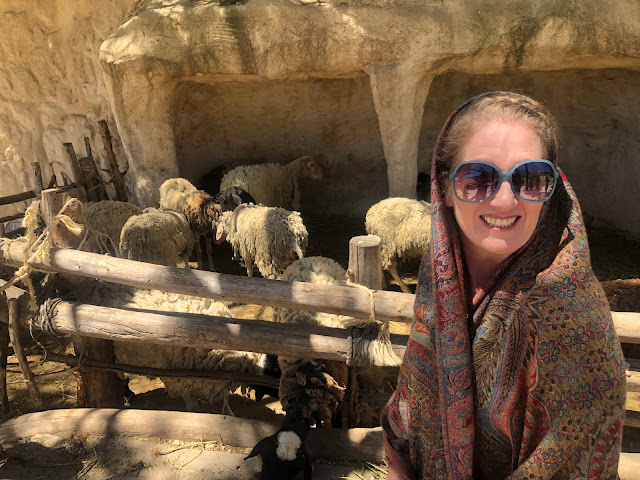 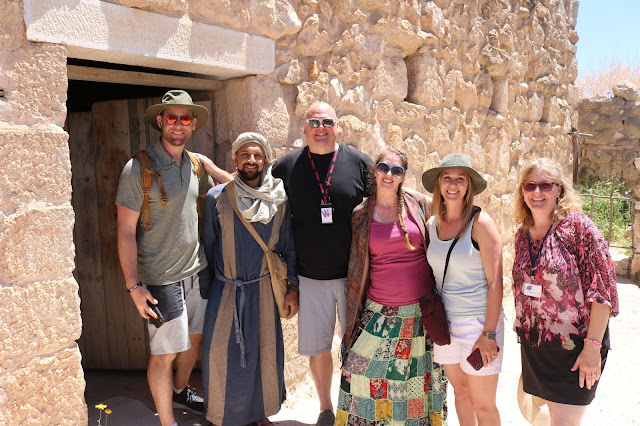 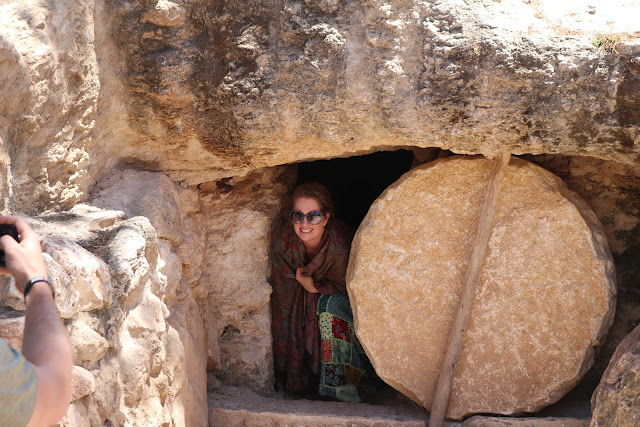 Qumran is where the Dead Sea Scrolls were found in a cave by some boys. But we weren't allowed to go in any caves and it was HOT! We also saw some ancient baths where flash flood water would gather. 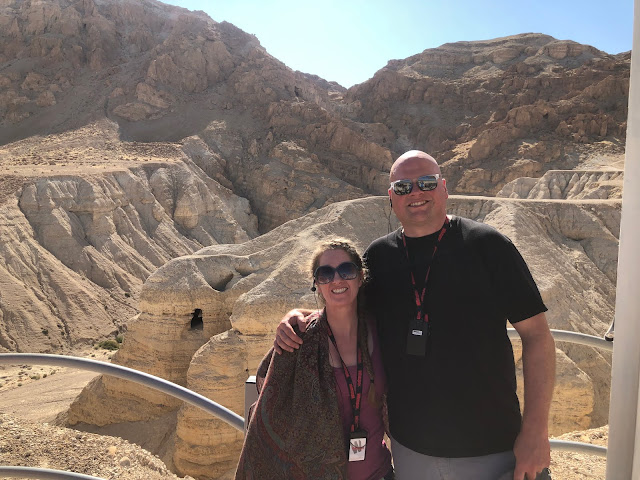 Lastly, we drove to our next hotel, the Hotel David, right on the Dead Sea. Floating in this sea was a highlight of the trip! Almost all of us floated out in the sea being careful not to get the extremely salty water in our eyes or mouth! We gathered the soft mud and salt from the bottom and scrubbed it all over each other and we performed some synchronized floating. We tried to cram into a table at dinner so we could all sit together. At the end of the night, we played games at their casino night and Peter and Jer played pool. 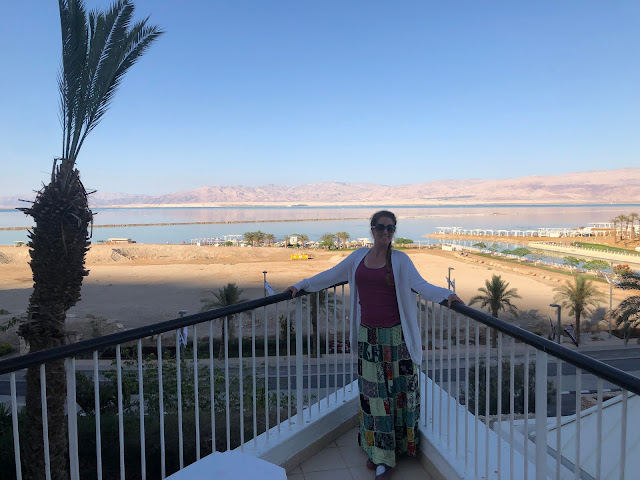