The Museum of Flight Gets a "C"

On August 7th, our whole clan plus Grandma and Grandpa met the Hall family at the Museum of Flight for a night of free fun. It's free on the 1st Thursday of the month. It was way huger than I thought it would be so none of us actually ended up going through the museum together. Everyone went their separate ways to divide and conquer. 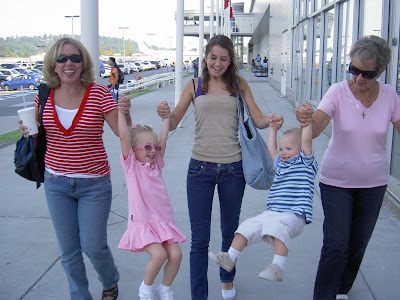 Kivi and Bubba get to fly on the way there. 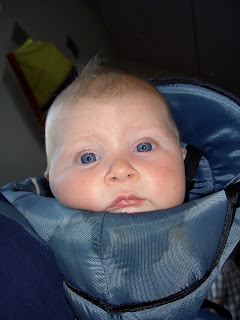 This is what Opal looked like the whole time on Mama and Dada's back. She tried to eat the carrier the majority of the time, that's the gross slobber part. 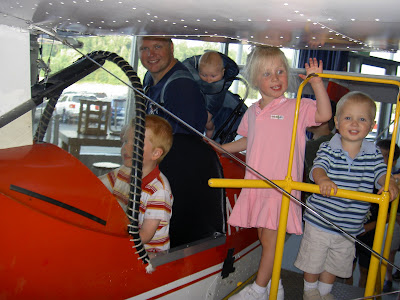 This was in the kid section of the museum, there were two little planes for the kids to get in and levers to pull and a balloon to make go up and down.  But it was the smallest part of the museum.  The rest of it was definitely geared toward older kids and adults.  The whole time I was thinking, "I don't know anything about planes, but man, I could've come up with a whole building of way cooler stuff for little kids to do to teach them about flight." But oh well, it was free. 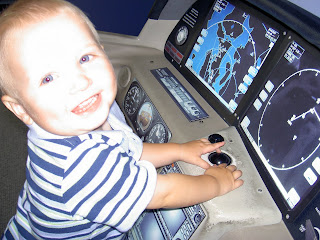 Like buttons, kids just like pushing buttons. These ones were just stickers, but Jasper liked them anyway. 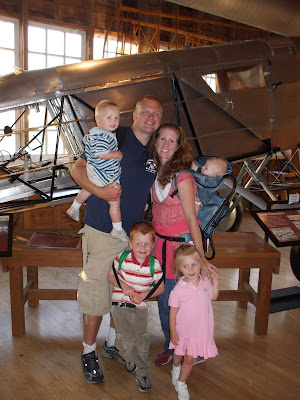 Our little family in the red barn, where Boeing made their first airplanes.

So all in all, it was fun, but I realized, while airplanes are cool, I'm just not that into them.  Maybe if there had been tons of "hands on" exhibits it would've got my attention more, but it was mainly a "look and read" kind of deal. So, I give the Museum of Flight a "C" because really I'm just a big kid, and I want to play.
Posted by The Johnsons at 9:46 AM

I remember Peter saying you guys weren't real impressed. I can see what you are saying, but we LOVED it! Then again...we are into airplanes and Jeremy knows a SICK amount of information about them (which is great because that makes him our own personal tourguide) and we are fascinated with everything related to WWI and WWII. So...there ya go.