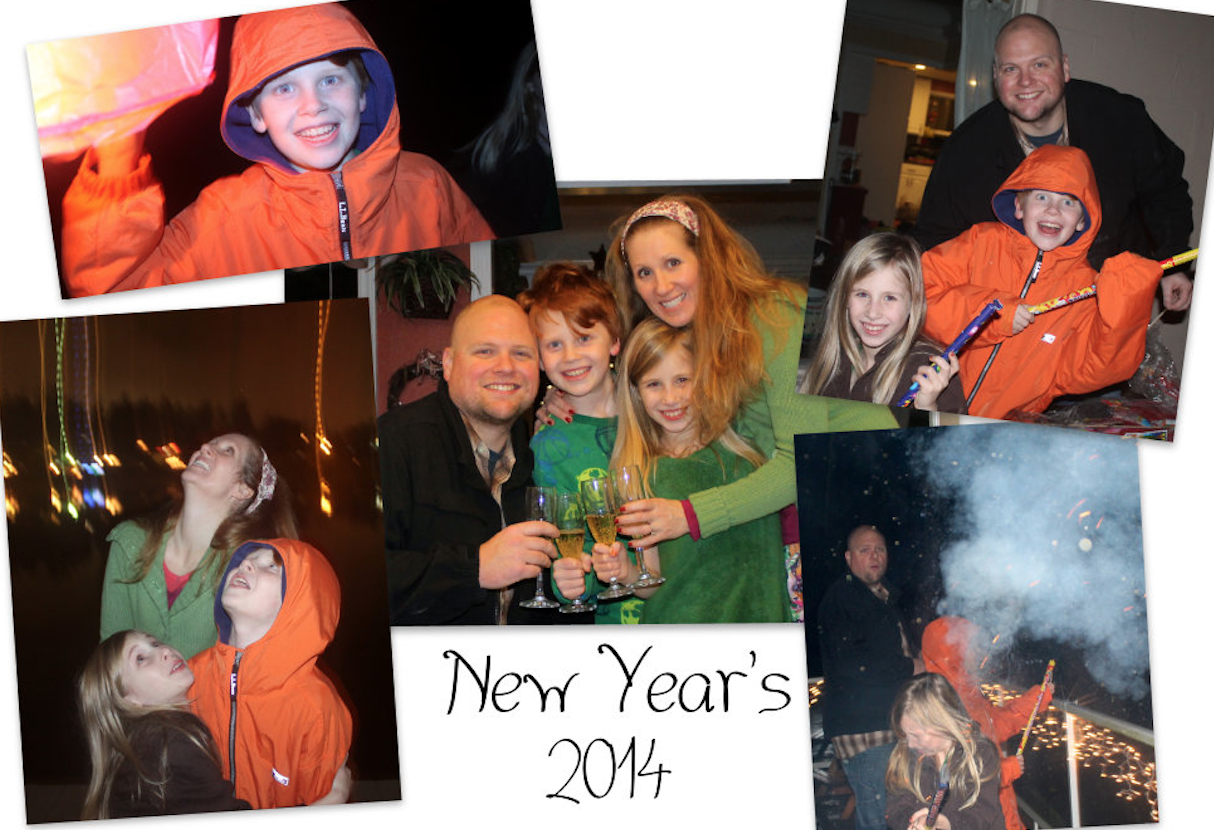 New Year's Eve was filled with fun parties! We went to two different friend's houses and played games, ate yummy food and laughed. In between we put the kids to bed and let Eben and Kivi stay up and light off fireworks, float lanterns and have a toast to the New Year with Mama and Dada. The bottom right picture is of Kivi almost killing me with a Roman candle! I said, "Kivi" so she would look my way and I could take her picture and she turned not only her head but her whole body, arms extended holding a flaming stick. Just as she turned to smile for the camera fire shot out of the end and zipped past my head. We all froze for a second and then started yelling! The flaming ball missed - good thing - and now we've learned a valuable lesson; you can never overemphasized firework safety (something we are obviously very bad at). Most of the week we just played, with new toys, games and each other. We built a lot. We watched the whole second season of Little House on the Prairie while having a "build the tallest house" competition. (Eben won!) We sorted all of our new and old Legos into sets so we can actually build what we're suppose to with them. We had a build the coolest contraption out of the Christmas cardboard trash competition. (Eben - best invention, Kivi - cutest, Jasper - scariest) We built each other up in love with lots of hugs and kisses!

Great Grandma Lee came to visit and tell stories and we got a picture with all the kiddos. 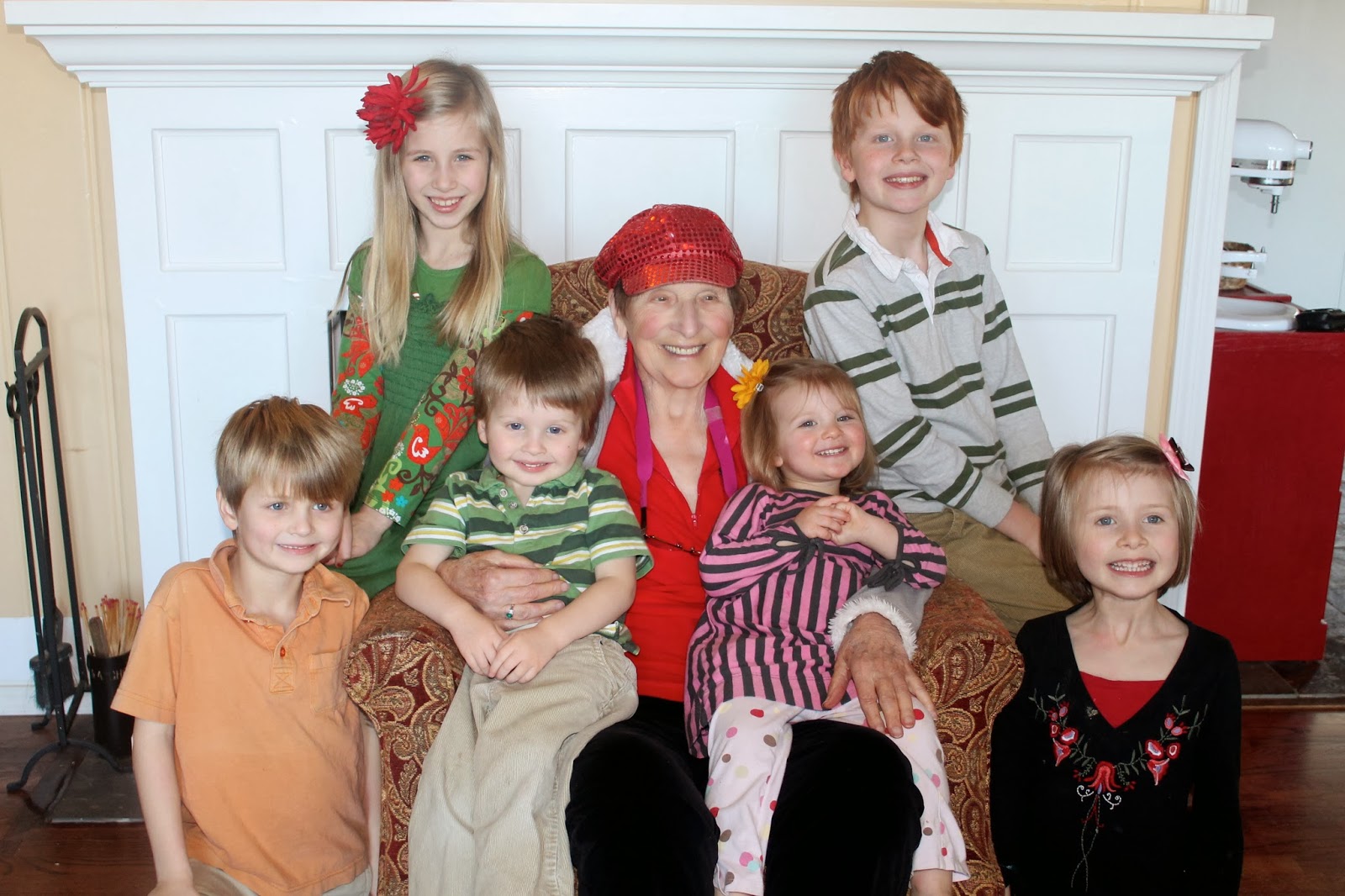 Shari took me along to her super secret 90% off Target day!!! See how it's still dark out, we left that early in the morning and had so much fun! 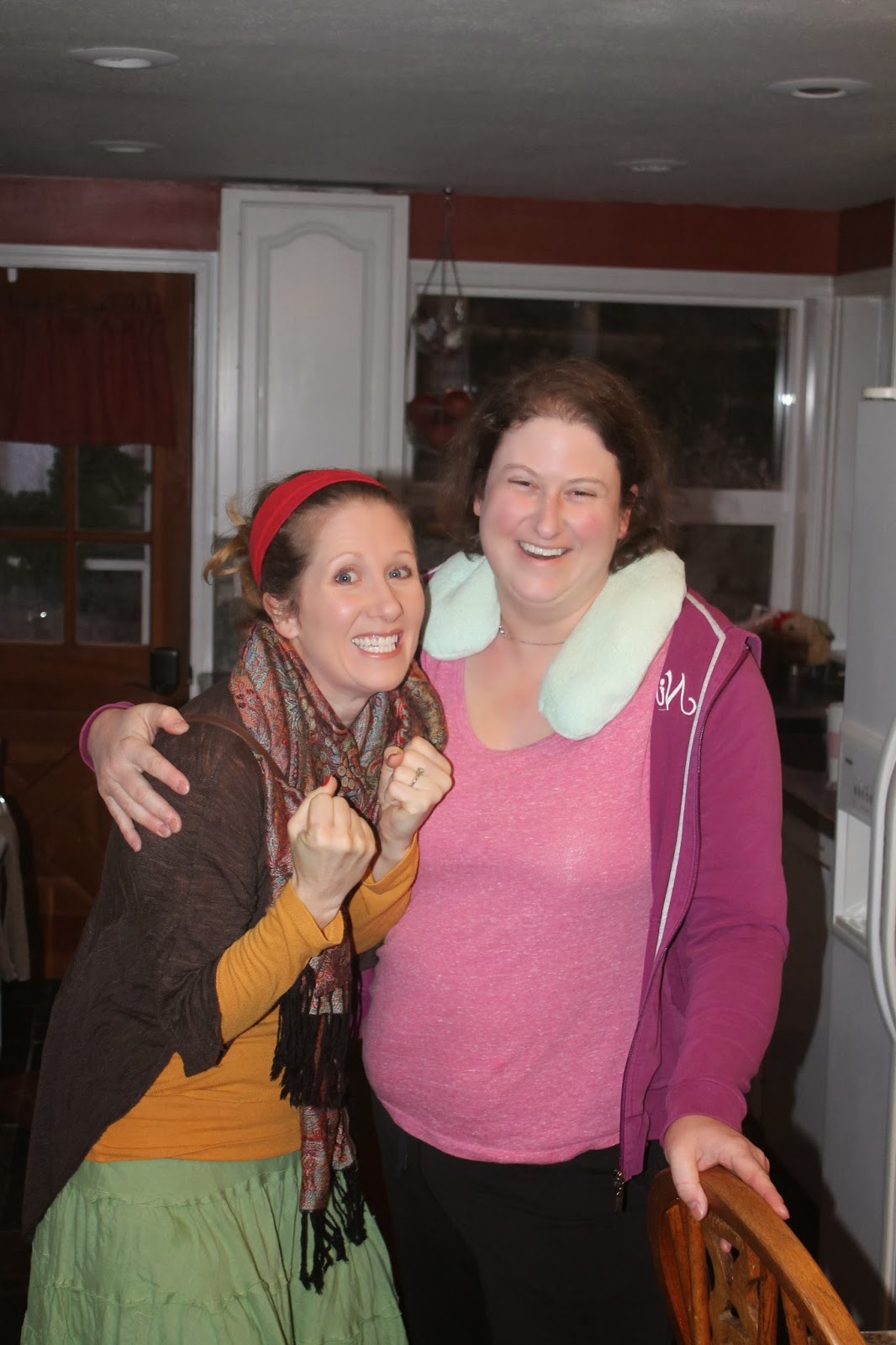 Jan. 5 and 6th we took the Big Three and the Schocks with us to our Great Wolf Lodge get a way that we won from our church for a praying competition. They spent a lot of time at the water park and doing Magi Quest and we got to lick the most gynormous gingerbread house made with real ginger bread and frosting inside the lobby. The kids all had a ton of fun, but it was here the second day that I started feeling not so great and spent most of the time in the room. Little did I know I was about to bring an evil sickness to the world! 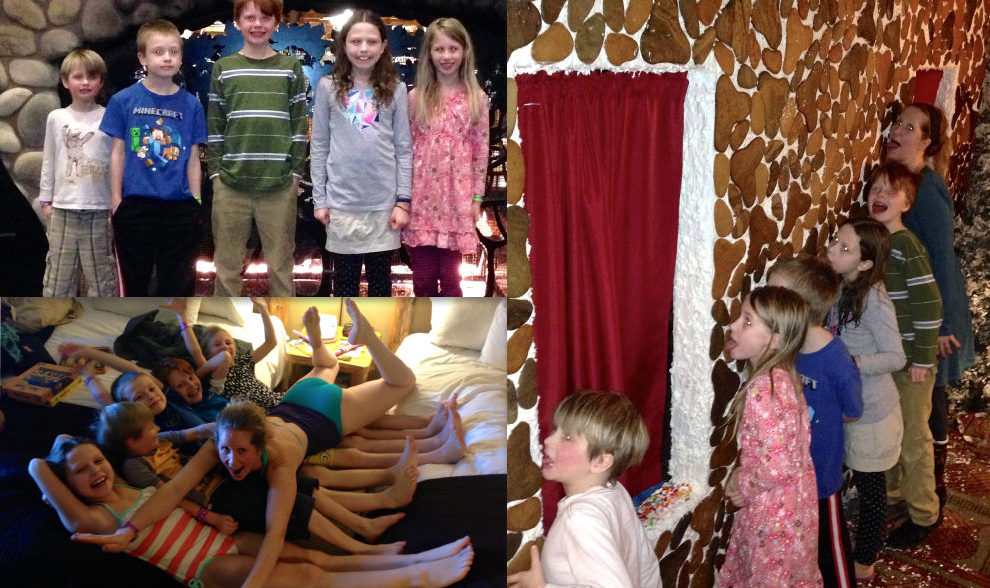