On February 7th, after surprising me with a brand new pair of Keen boots, Peter told me to pack a bag and be ready to go! I was really surprised, he had told me he had to work and I really thought he had forgot about it, not realizing that was a cover for his surprise.
After dropping the kids off at Auntie Tonya's, Peter asked if I wanted anything for the drive. All I could think of was See's candies, but I didn't say anything, knowing he'd turn around and go the opposite direction just to get them for me. I just thought it and said, "Nope, I'm good!" Then he pulls out a box of See's from behind his seat and says, "Well, you can snack on these"!!! He's so amazing, he even reads my mind!  On the drive south it started snowing hard and was a little crazy especially with all of the spun out 4 wheelers facing backward on the side of the freeway. So we drove very slowly. It took a while to get there, but it was worth it! The lodge was beautiful and overlooked the Gorge. It looked like this except completely covered in snow. 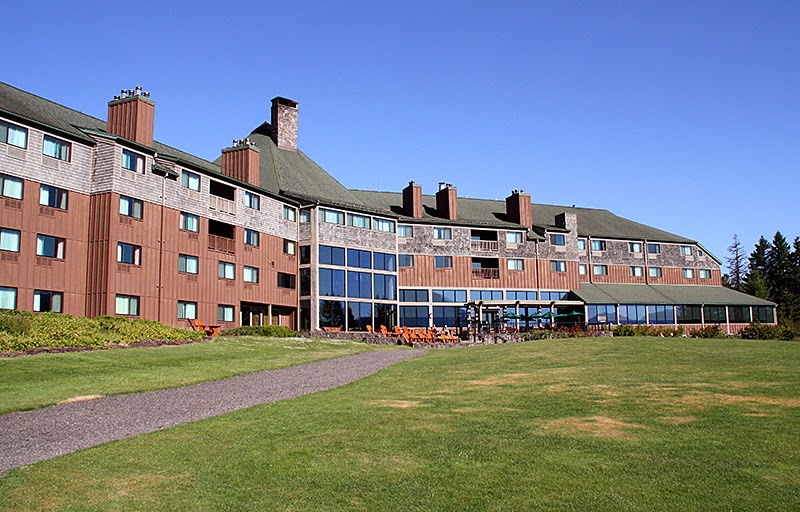 More surprises; the Schocks came along too as a surprise to Shari. We had such a relaxing time, playing games, eating good food, resting, swimming, playing more games and eating more food. We thought it was pretty funny when we both showed up to breakfast in our boots, jeggings, floral skirt and green shirt. 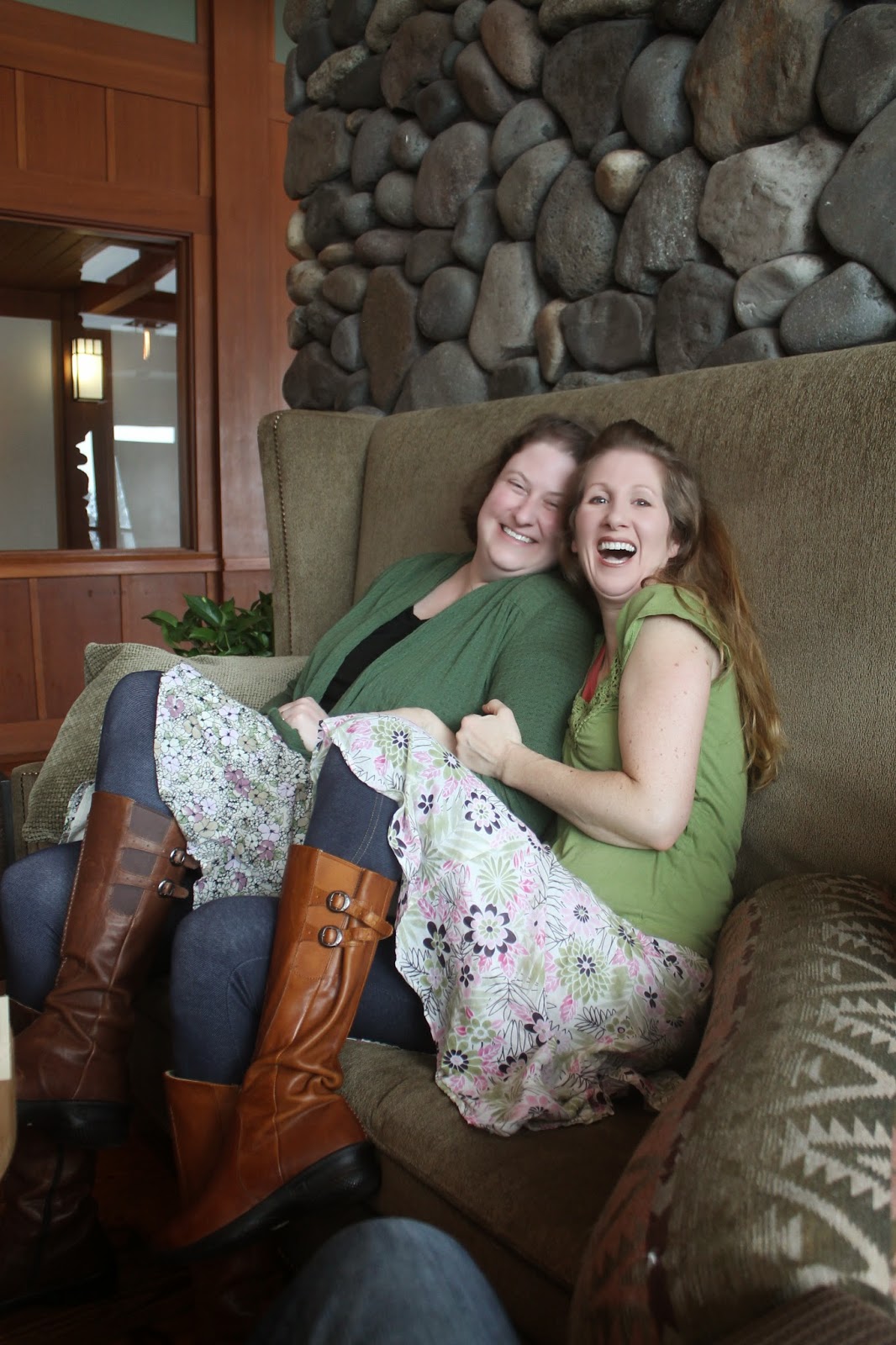 On Saturday, Peter took Shari and I to the Carson hot springs that was built in the 1920's and hasn't changed a bit! It was wonderful! We soaked in the rusty, sulfur filled tub and then got wrapped up in linens like a swaddled baby all for only $20. Quite a deal! 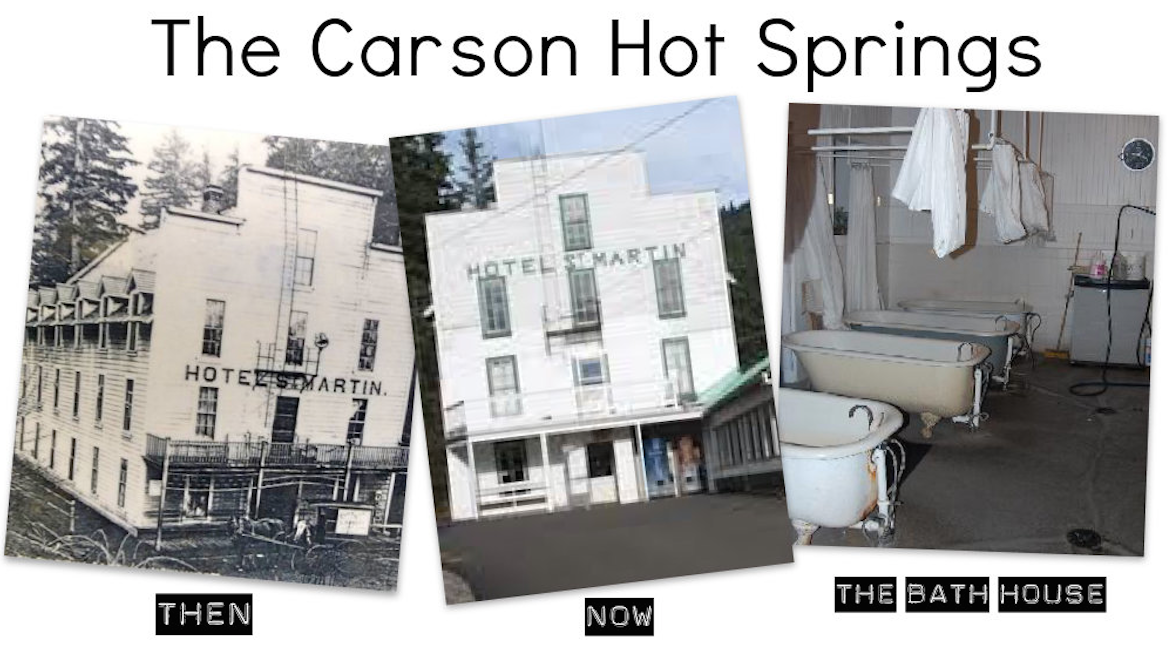 After swimming inside, where Shari jumped into the shallow end and broke her foot, we all braved the cold and made snow angels before plunging into the hot tub. 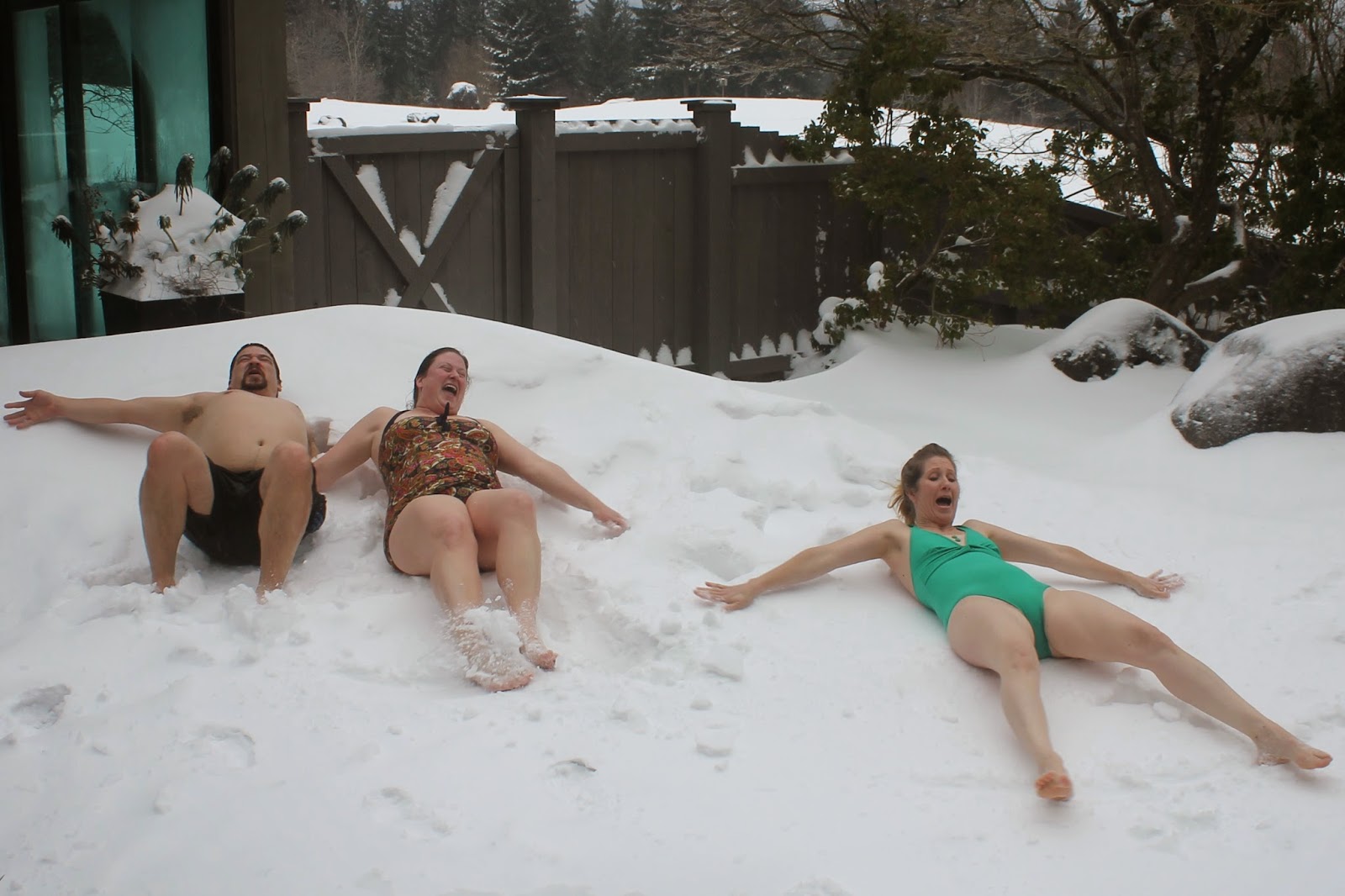 We made snowmen statues around the hot tub and tried to knock them down with snowballs and Peter broke me off a huge icicle. He didn't stab John. 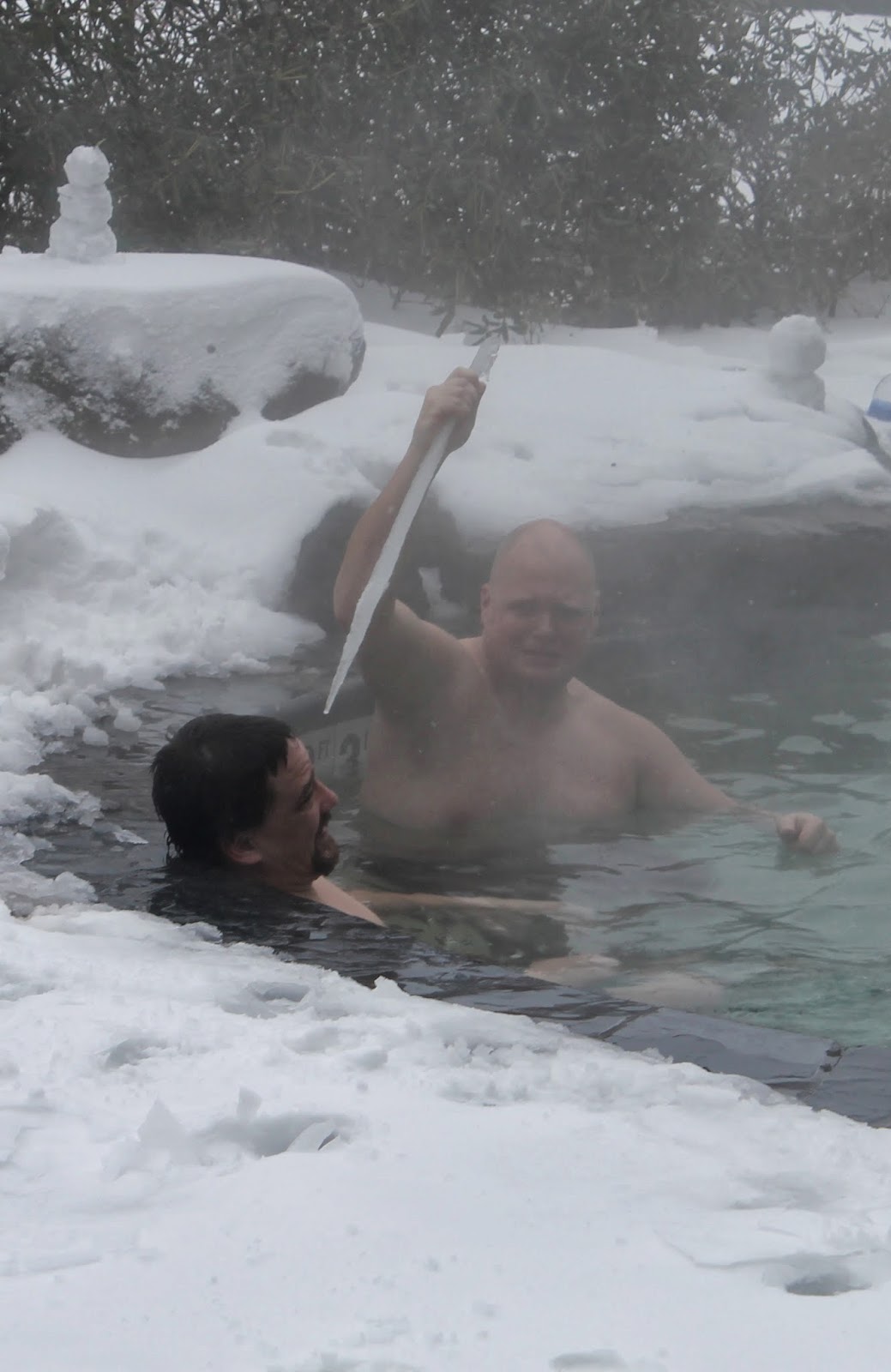 We had so much fun and thought we might be snowed in, but Monday it started raining and washing the snow away. 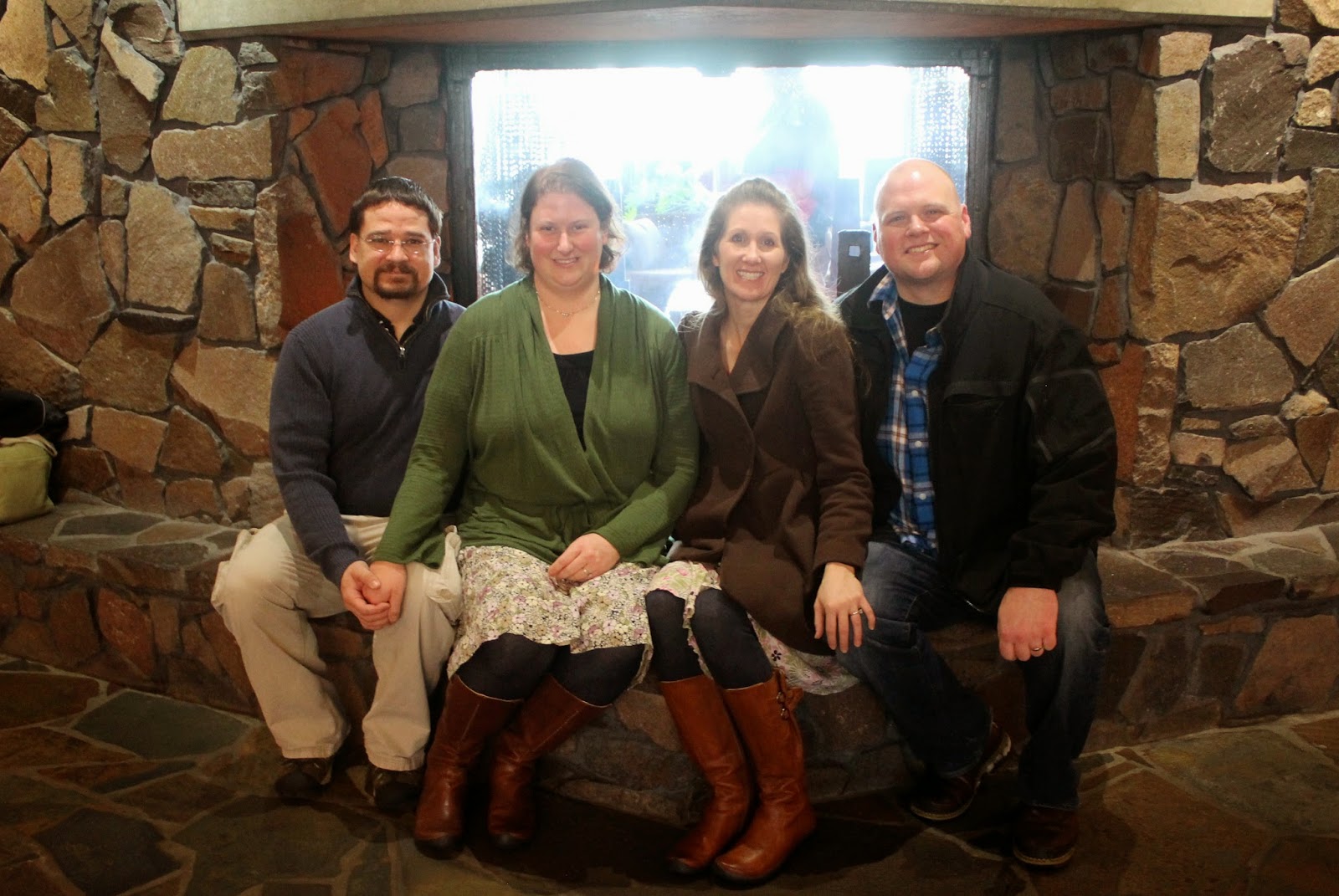 The last thing they surprised us with was another hot springs trip, this time to the really nice, upscale Bonneville Spa. It was hilariously different than the first hot springs experience. We had a lovely soak, with bath salts, got wrapped up, had a pedicure and a paraffin hand dip. It took most of the day. Meanwhile our poor men had to play games in the restaurant and lobby.

It was a wonderful, romantic just before Valentine's weekend with great friends and an amazing hubby! I love you, Babe! You're the best! 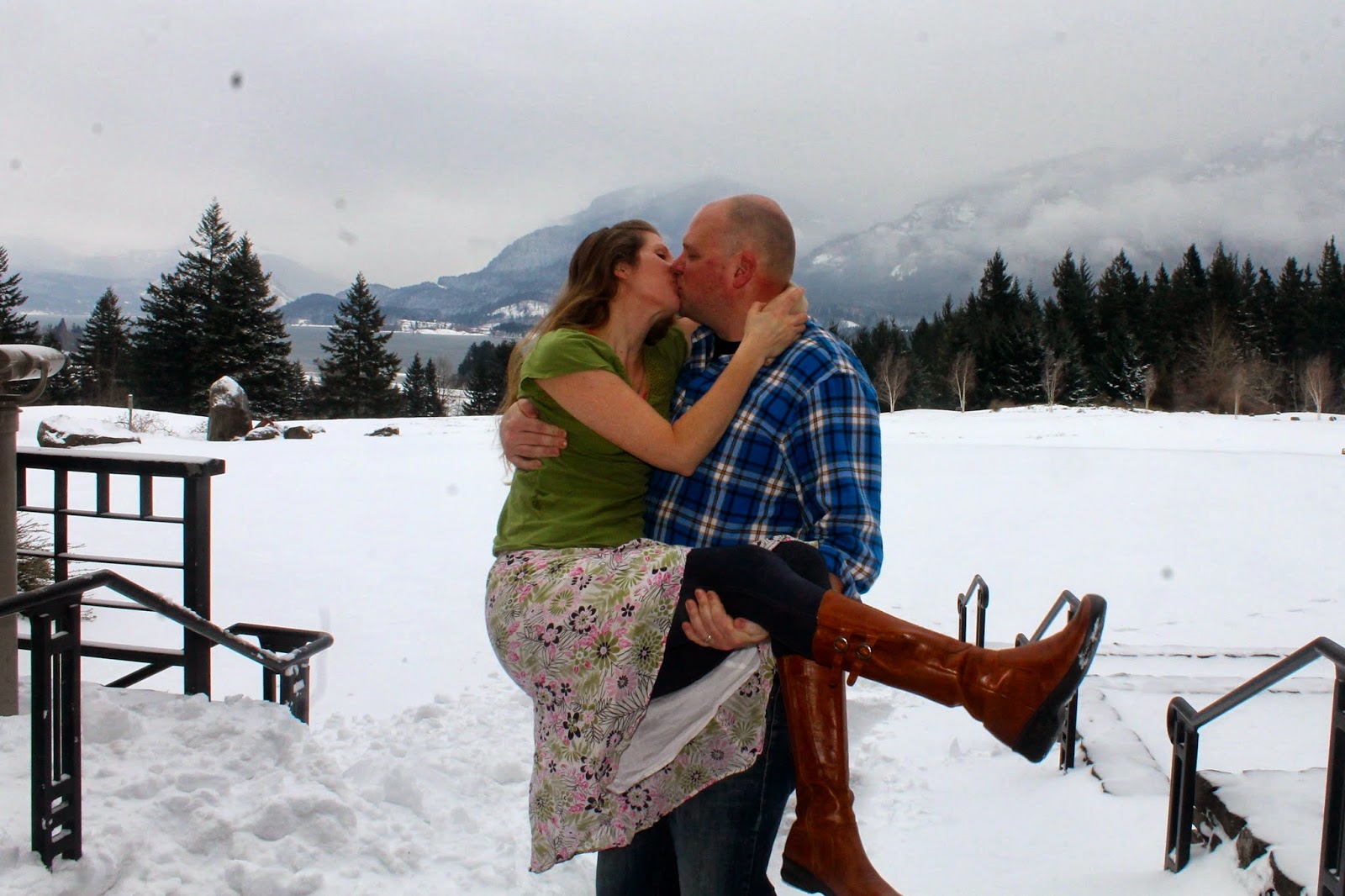