Nativity Movies In The Making

One of Eben and Kivi's assignments for "learning"during the last week of November was to write a movie script for Christmas. They both wrote different versions of the Nativity story. The next week they filmed them which took about 3 different days, between bouts of rain and naps. The week after that they edited them on the Mac. They watched all the help videos and figured out how to split footage, cut, add audio, fade and add credits. Eben pretty much figured it out on his own and even made a trailer to his. Kivi needed some help, but she did great! They turned out so adorable. I'm so happy we did this. Now we have footage we can watch over and over every Christmas of our babies acting out the Christmas story. 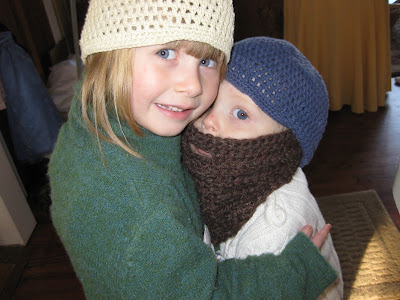 Mary, the Inn Keeper and Joseph after filming their part in Kivi's movie. 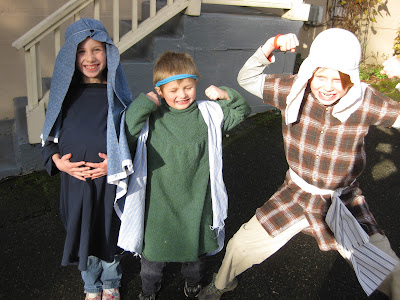 Eben trying on an angel costume for Jasper. This one got rejected, but the one he ended up choosing was pretty much just as "girly". Bubba's a really good sport. He actually wanted to be the angel more than Joseph! 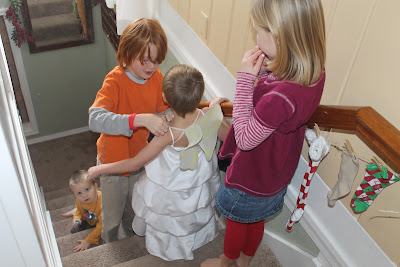 In between filming, Mary and Joseph take a snack break. 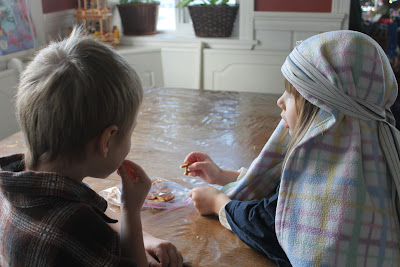 Berg played the part of the sheep in both movies. 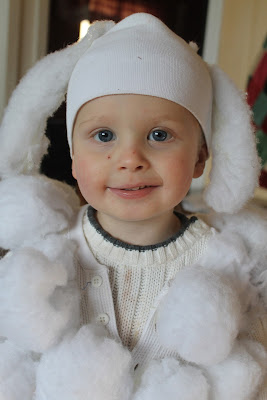 Here's the trailer Eben came up with. He actually loves it even more than his movie. I think because of  the cool action music he chose to go with it.

What a great idea to have the kids act out the Christmas story while they are still so little. How "techie" they are becoming. Eben looks like he might be a Ninja Joseph, Jasper might possibly be blackmailed someday with the "girly" angel dress, and Berg is the cutest darn sheep I've ever seen. Oh how I love those kids!
Love,
Momacita