On March 23, Dada decided it was time for new chicks! We packed up the kids in the bus and headed down to Dell's for sexed, medicated chicks. (We had learned our lesson the hard way before and ended up getting sick chickens and roosters.) 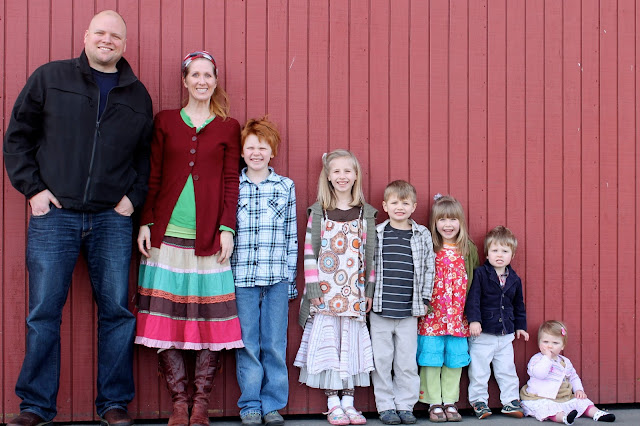 Eben picked out a Buff Orpington and named him Emo. 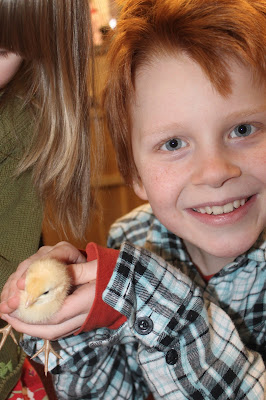 Pella, Berg and Jasper got Golden Sussex chicks and named them Deh, Chicky Tail and Bullet. Kivi and Opal got Araucanas they named White Tip and Lucy. 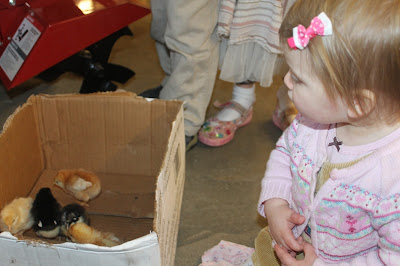 Berg was super nervous about the chicks at first and ran away from them at the store, but amazingly he held his Chicky Tail on the bus ride to Lowe's. 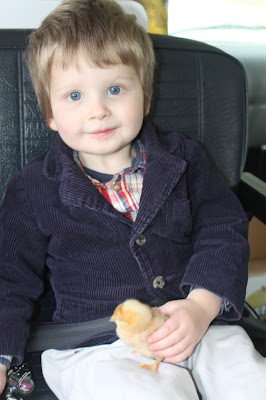 While Dada went inside to buy lumber to build me new garden boxes for the front lawn(!!!!!) we stayed with the new chicks on the lawn by the parking lot and ate the lollipops the kind people at Paldo World gave us. Dada had needed his Kim Chi and while we were there we ate Korean Bulgogi lunch and a man with a microphone followed us all around the produce section speaking in Korean and   giving us samples of every fruit we'd never seen before. 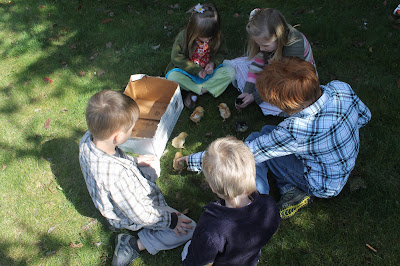 When we got home we put our new chicks in the fireplace, a great plan we had come up with the time we had chicks before.
Posted by The Johnsons at 10:19 AM

A very productive day! I especially like the name that Pella carefully "selected" for her chick - "Deh", a word she uses for many things (ha,ha,ha). More chickens, more eggs, which you certainly need. Yeah!
Love,
Momacita