Eben and Kivi Go To Camp!

We had a busy July after getting back from CA, 2 weeks of VBS, Dada's Birthday, Kivi's Birthday, Maker Camp for Eben, Girl's Bible study for Kivi, and I got to go to Wicked with my wonderful friend, Niki! The last week of July we sent Eben and Kivi to a week long Jr. Camp this year at Black Lake Bible Camp, July 26th - August 2 thanks to Shari's bargain hunting. This was the first week long camp that either of them had been to and Peter and I were probably more anxious than they were. We dropped them off and walked them and their belongings all the way to their sleeping quarters. Kivi met her counselor in her cabin and picked out a top bunk. 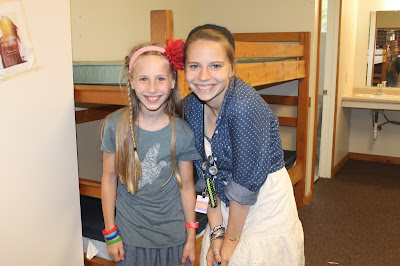 Eben met his counselors in his wagon and also chose a top bunk. They were both the first ones to claim a bed. Later we found out that a boy in Eben's wagon puked all over their wagon and they had to move into a cabin. Everyone else in the camp slept in a wagon or teepee. 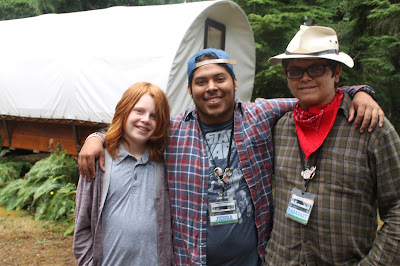 Then we hugged and kissed them both goodbye for the week. 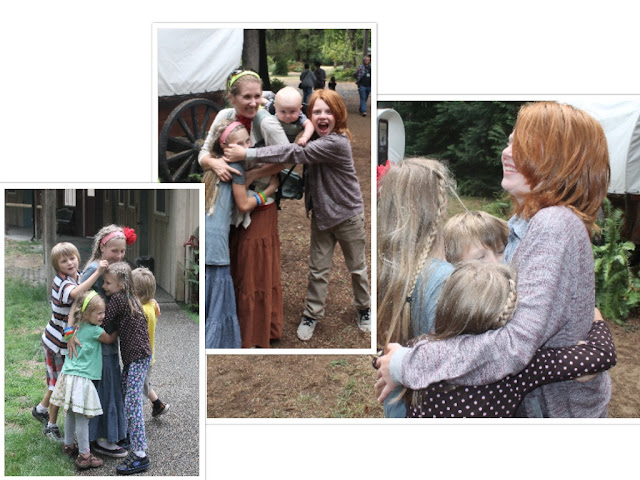 Jasper and Opal really stepped up their sibling game while Eben and Kivi were gone and both Peter and I realized how much more we can depend on them for many things around the house. They are excellent helpers.  After we picked Eben and Kivi up the next Sunday, we stopped for lunch at Tumwater Falls Park, threw some frisbee, learned about salmon runs and heard all about their week. It sounded like they had an amazing time and we were all happy to have our two bigs back. 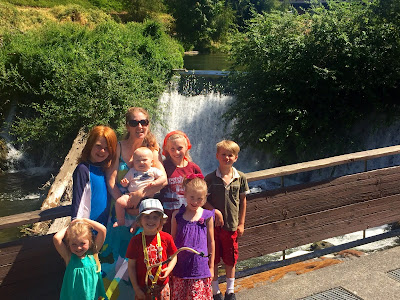 Always great to catch up on your little corner of the world. The children are all getting so big. Love their smiles and sparkling eyes.