Tuff is the smiliest baby. He was finally sitting well on his own, at least for a while. I just had to take him outside where the flowers were blooming and get his cutie picture before we moved at I forgot that he even lived at our cute little Lake Louise house. 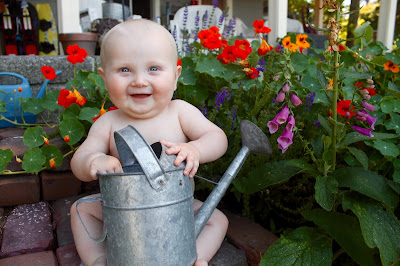 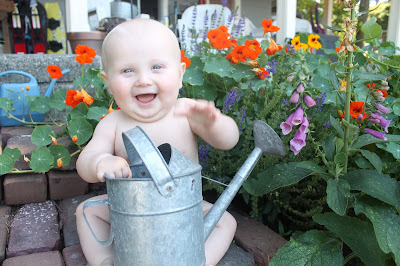 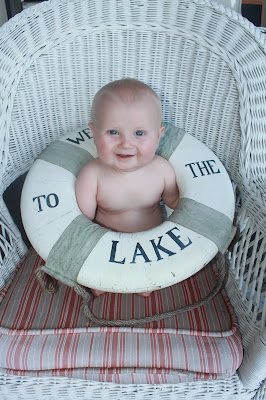 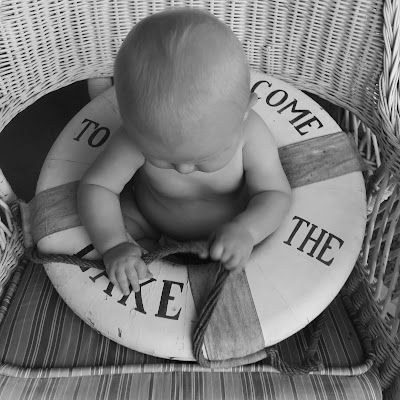 On the 25th we decided to take some pictures of Kivi and Luna. A play on the Alice in Wonderland croquet pic seemed like a good idea since we had been playing earlier. She loved it outside and even found a dead worm to eat. Her favorite part was burrowing herself in the Viking stick house that the kids had built on the slope.  (We had a family stay with us for a couple of days who was trying to get to Japan but was stuck at the airport and they are the ones jumping on the trampoline.) 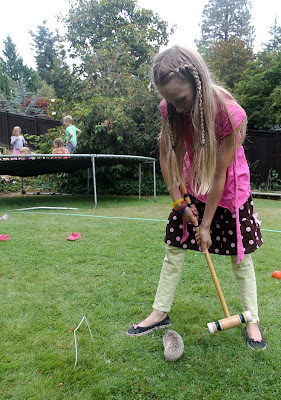 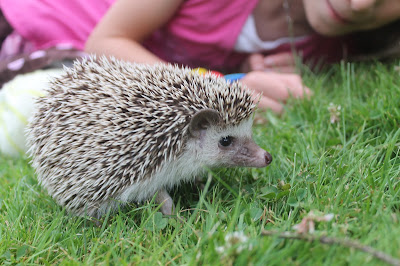 I love the Alice in Wonderland pic with Luna!

I love the Alice in Wonderland pic with Luna!