Dada took us Seaside for one last summer hurrah. We rented a house from one of his coworkers which was a block from the beach and promenade. We brought along the kid's bikes and the bike trailer and rode into town everyday along the "prom". About four different older people called Peter the Pied Piper. 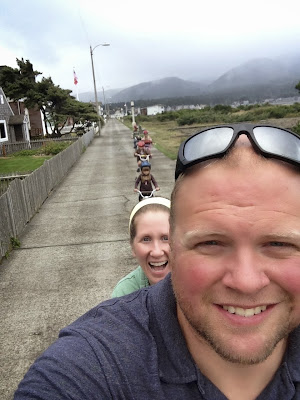 Bergie had potty training week right before this (He did awesome, only 2 accidents the first day and 1 the second!) so he was still doing the "have a drink while you go potty" plan - that way he gets to practice more! It was so funny to see him drinking his shot glass of sweet tea on the toilet. 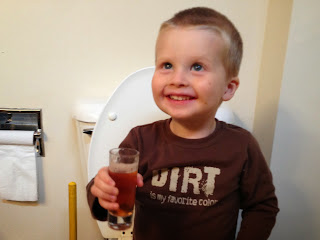 One or twice a day we'd ride into the little town just a couple blocks away and head to the candy store! They had a wheel you could spin every day to get a free taffy, Dada even won a free lollipop and Eben won admission for all of us to go into the house of mirrors. 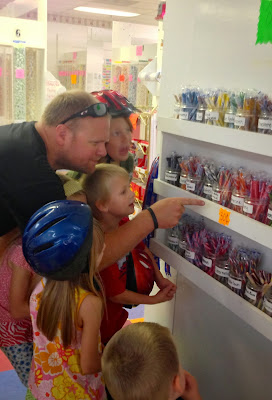 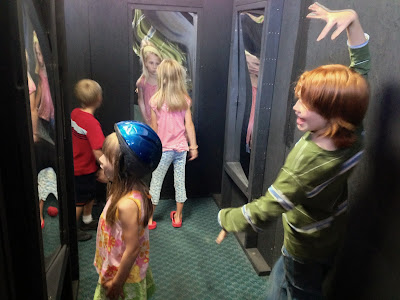 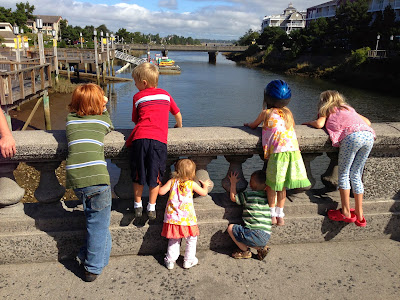 After realizing that an ice cream cone was only a buck, we decided we'd have to come back every night to get one. It was a good short vacation tradition. 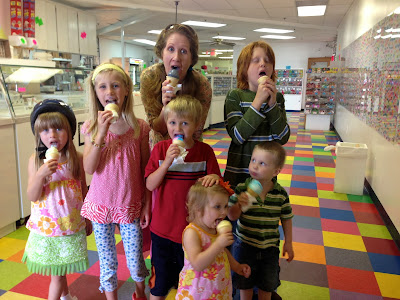 We went to the beach thinking we'd just stroll along and let them play in the sand, but Dada and the four big kids actually went into the ocean and swam! That's Eben and Kivi way out in the background. 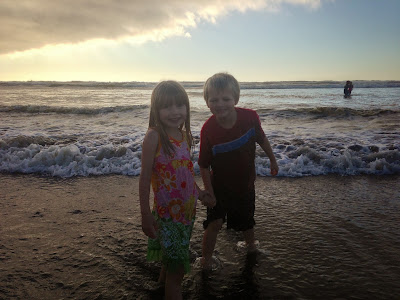 Berg and Pella did have a fun time playing in the sand. Berg was determined to make the longest track in the sand he could. He worked on it the whole time. 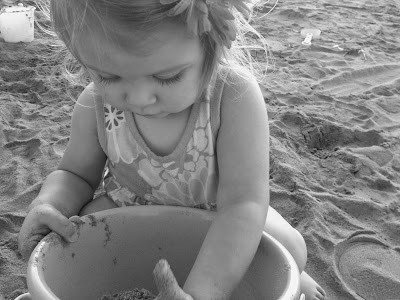 Some of the soaking wet people walking down the beach looking for crabs, sand dollars and shells. 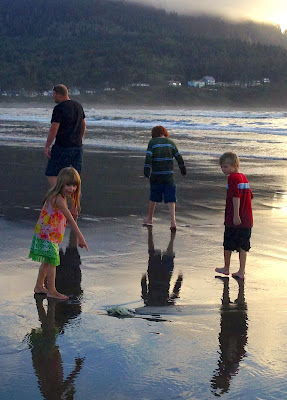 On Sunday, we left early for the Tillamook Cheese factory tour. It was impressively big, had tons of fun history posters and interactive touch screens and huge windows where you could see the production going on below. It also had very good tasting cheese! 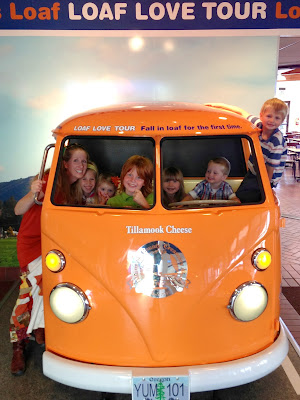 On the way back we went to see haystack rock, but it was freezing and windy, so after trying to eat lunch without our bagels flying out of our hands into the sand, we left. 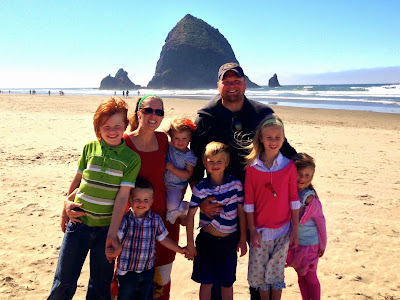 After a nap, games for Mama and Dada and a movie for the kids we rode our bikes to get what else, 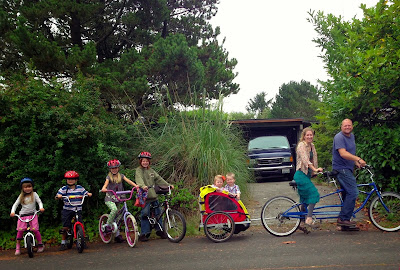 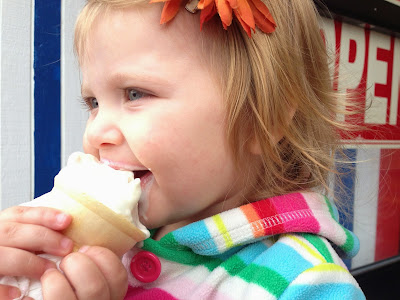 We clean up and said goodbye to the house. 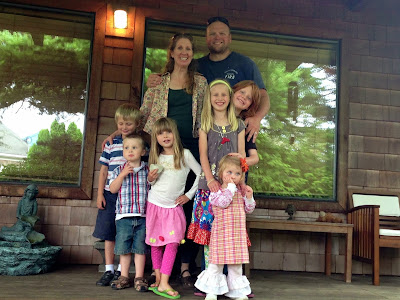 On our way home we took a detour and stopped by Cape Disappointment where we went on a little hike to see the oldest lighthouse on the west coast. 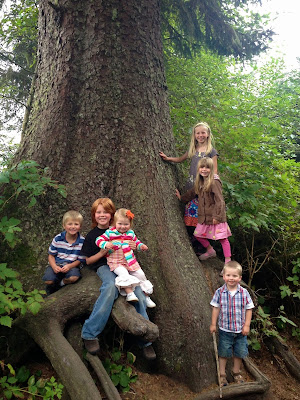 The guard was on duty on even let us look at  through the hugest binoculars we've ever seen. 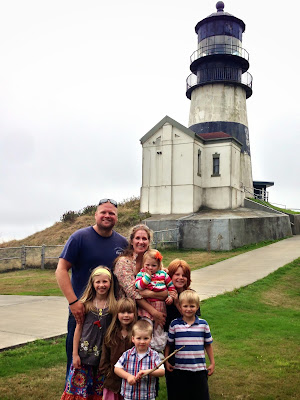 It was such a fun trip! We can't wait to do it again! Thanks Dada!
Posted by The Johnsons at 1:30 PM