On the evening of December 3rd, we headed out of town. Peter had booked this time at Discovery Bay a while back and when we realized we'd have a new newborn at the time, it actually sounded peaceful to go to have a get-a-way as a family. And it was! That first night, we were excited to find that we were staying in the suite above the game room right next to the pool! It was way bigger than the condos we had stayed in before and the kids ran all around exploring the new place and choosing their beds.Tuff got the dresser drawer in the master suite. Which was so huge! It even had it's own fireplace. 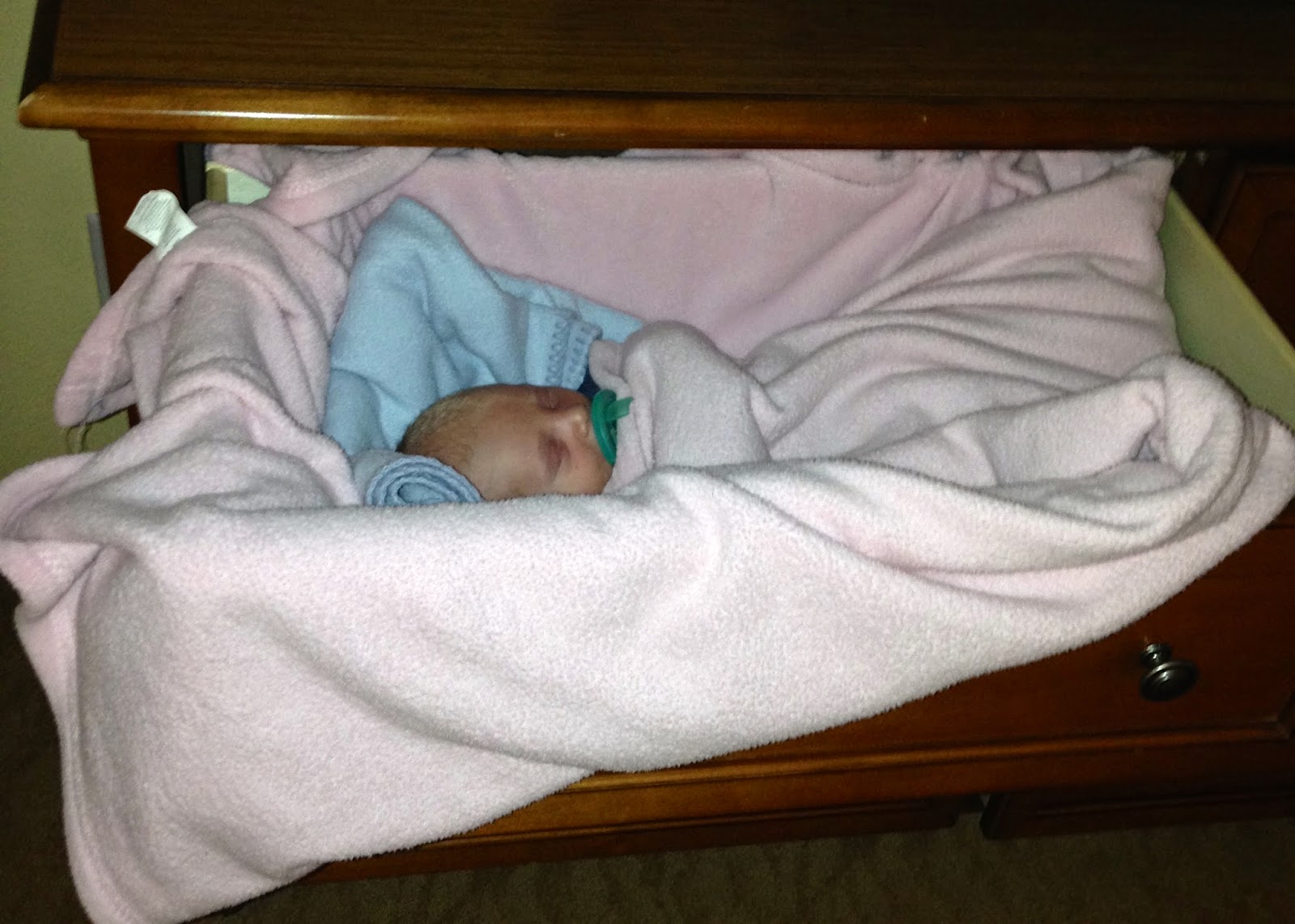 Ahhhhhh, soaking in the jet tub with a sweet, sleepy baby by the fire watching the Duggars. It was a good night. 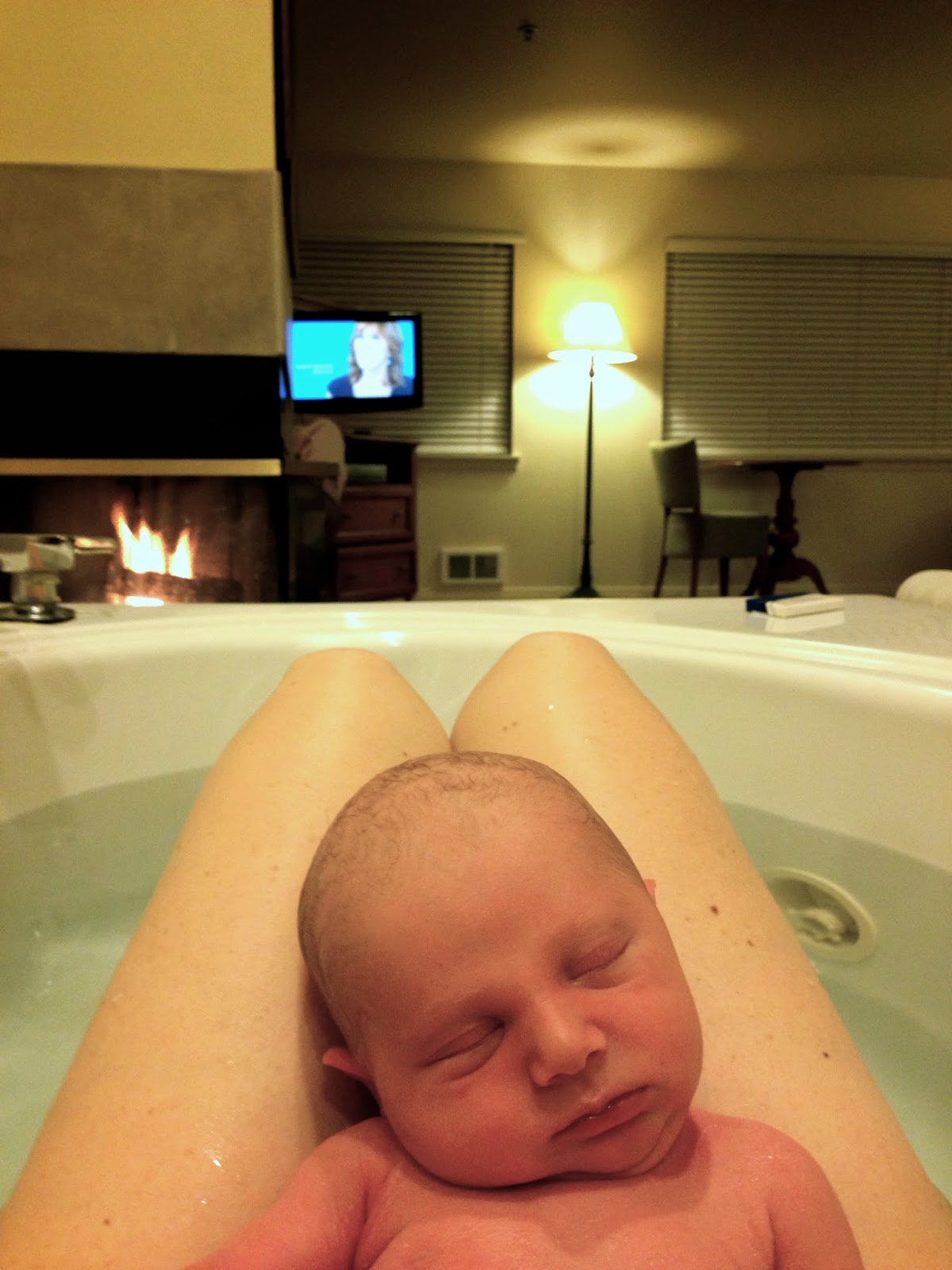 The next day we had our traditional "Backwards Vaction Day" where we eat our meals in reverse order. For breakfast we had pumpkin pie and then the most delicious leftover meal of pork roast and mashed potatoes and honey veggies that Miss Monica made for us. Everyone who made us meals were so sweet and made us so much food! Probably because we have lots of people in our family, but we're made up mostly of little people who don't actually eat very much. That was great though because we had lots of yummy leftovers! 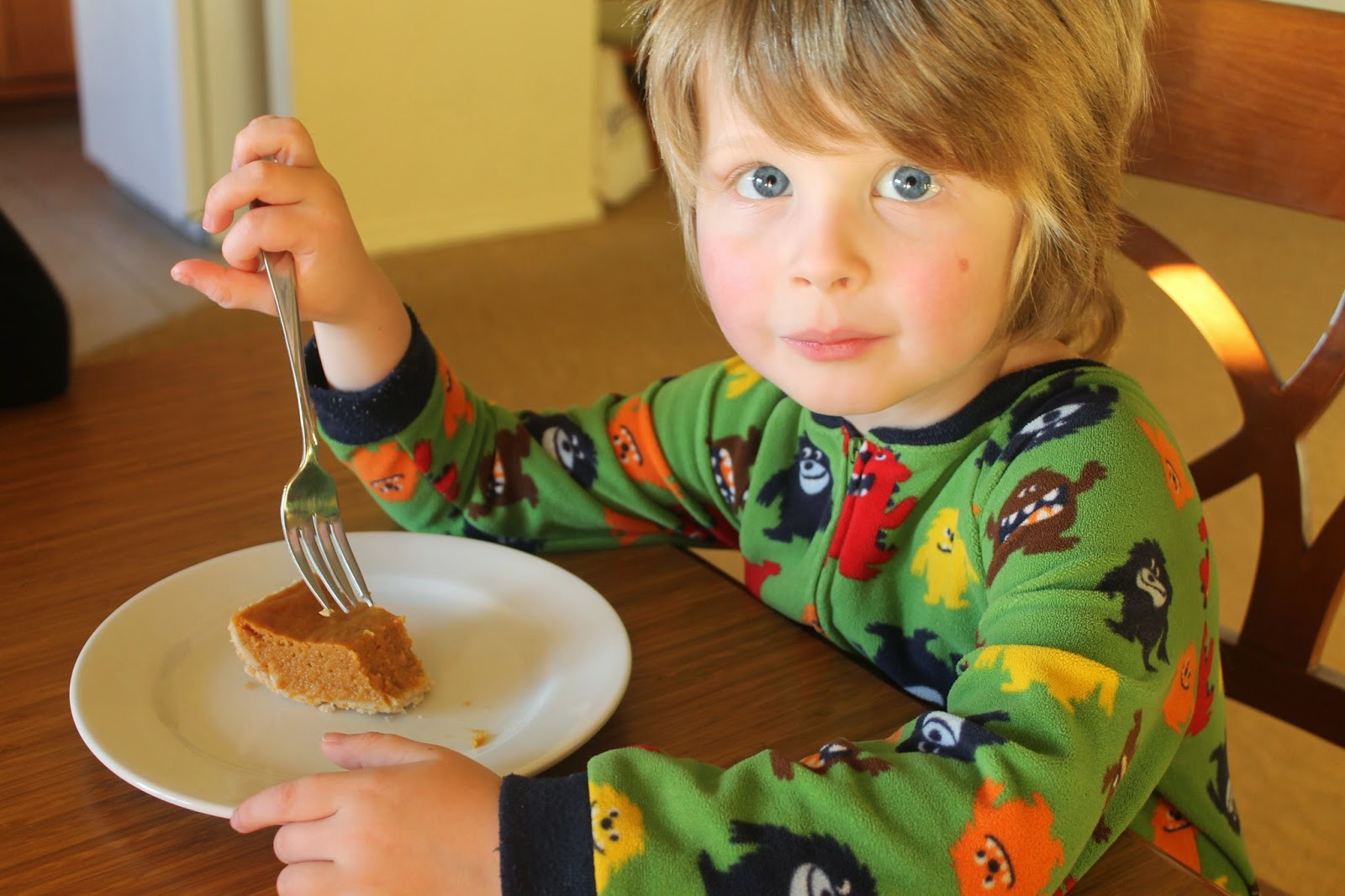 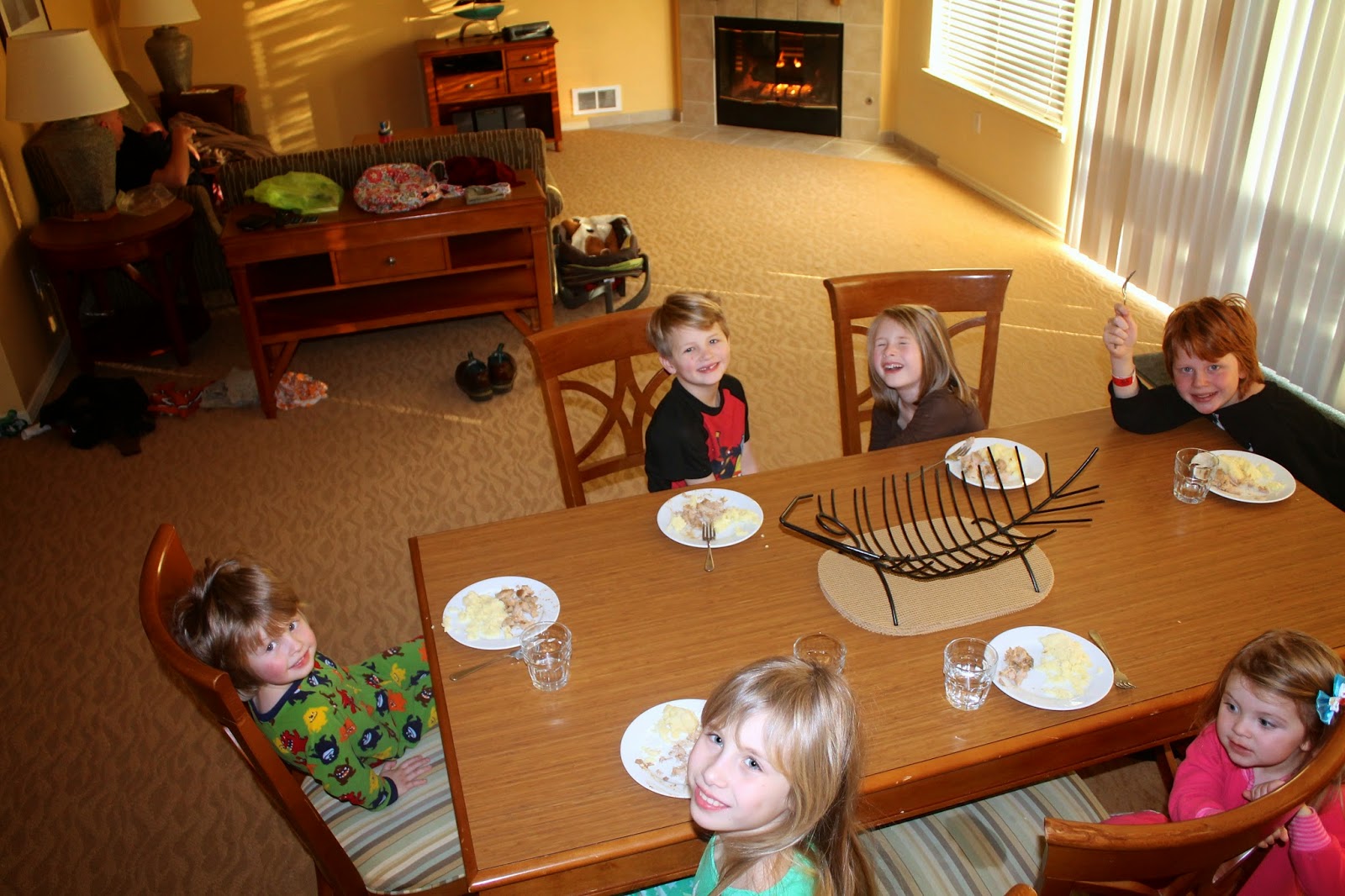 After breakfast and a movie we went to our favorite Goodwill and let the kids pick out a $5 item each to play with while we were there, another great tradition - sometimes the toys don't even make it back to our house!
After lunch, we visited the Olympic Game Farm and a blast petting and feeding all sorts of interesting animals that came right up to our window to eat our bread. The buffalo had the stringiest, gooiest slobber and it got all over the car and Peter's arm. He loved it. The kids took turns coming up to the front to sit on our laps and feed the animals, but most of them were too afraid to have them eat out of their hands and ended up just throwing it out the window. 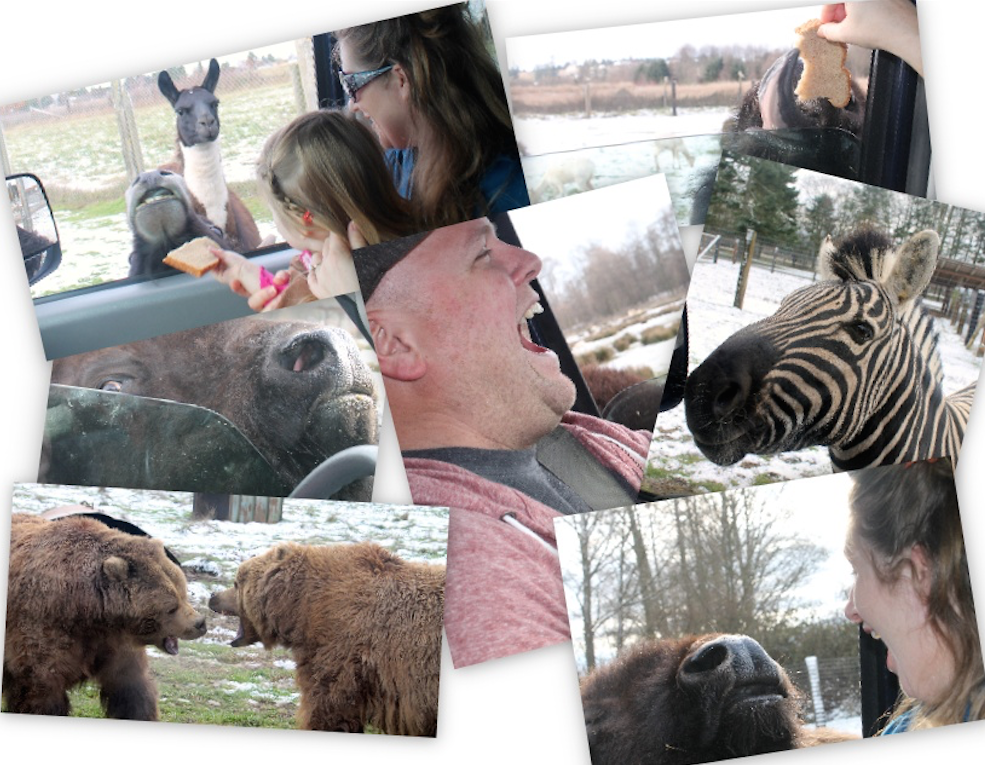 During nap time the I took the all the non-nappers (which was actually everyone except Pella and Dada) to the pool for a swim. Then we had a delicious dinner (breakfast) of fried grits with maple syrup that Dada made. I'd never had it before and it was yummy! Then Dada read us all a bedtime story. 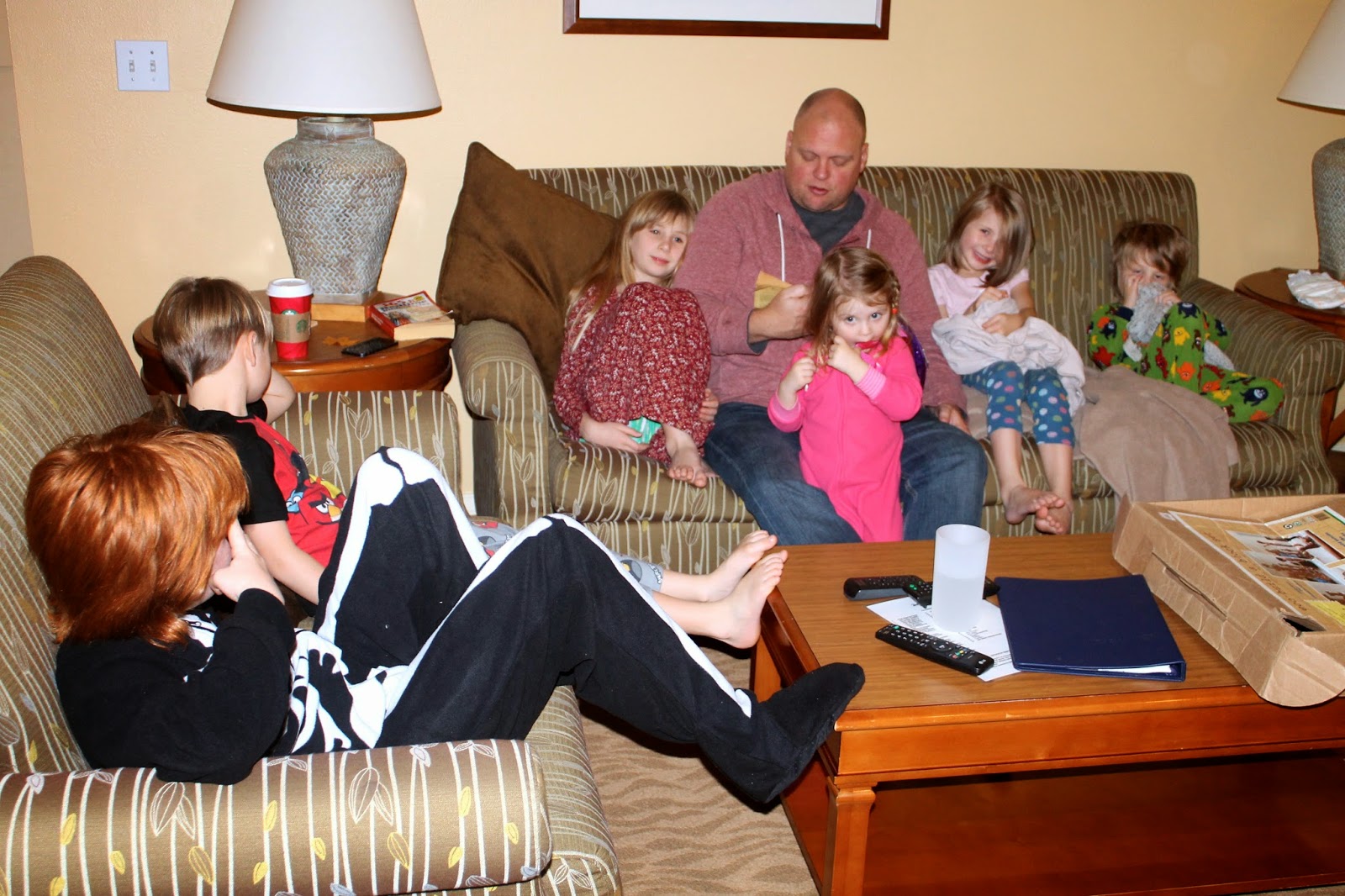 The next day while we were preparing lunch we got a call from the management asking if we were ready to check out yet! We had thought we reserved three nights but it turns out we only booked two - oops! So we packed up and were outta there lightening fast. Good thing we had crammed a lot into our one day at Discovery Bay, Baby. 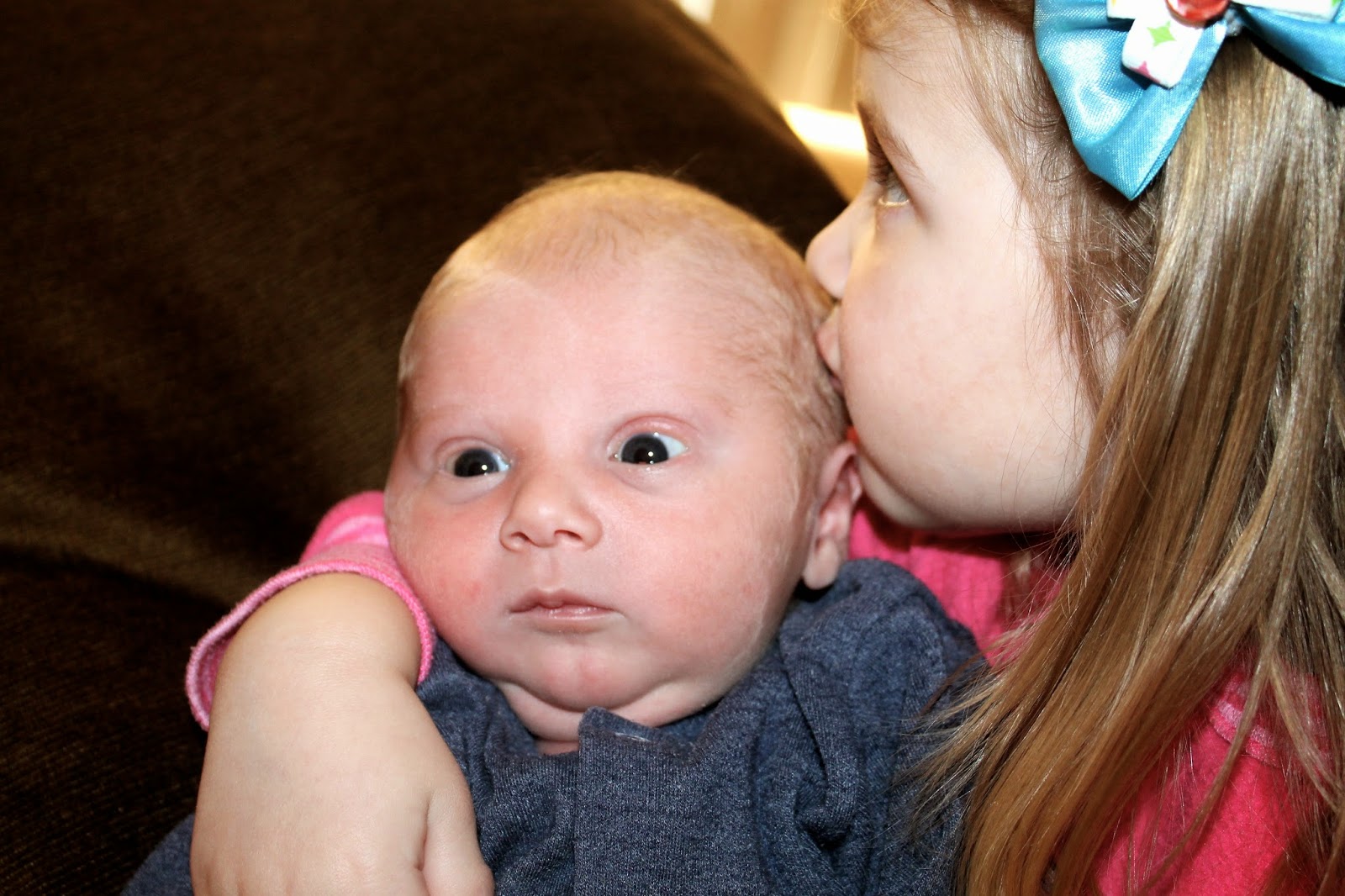