Mama Dada date on Feb. 19th. If I remember where we went I would write about it, but I don't to much time has passed. I just know my man looked super good. This is why I should blog sooner. (Peter reminded me that we went to see, in his words, "the depressing musical, Carousel" in Seattle. He actually was in this musical as a boy as one of the Snow children and had no idea what it was about. We also saw my sister's new condo.) 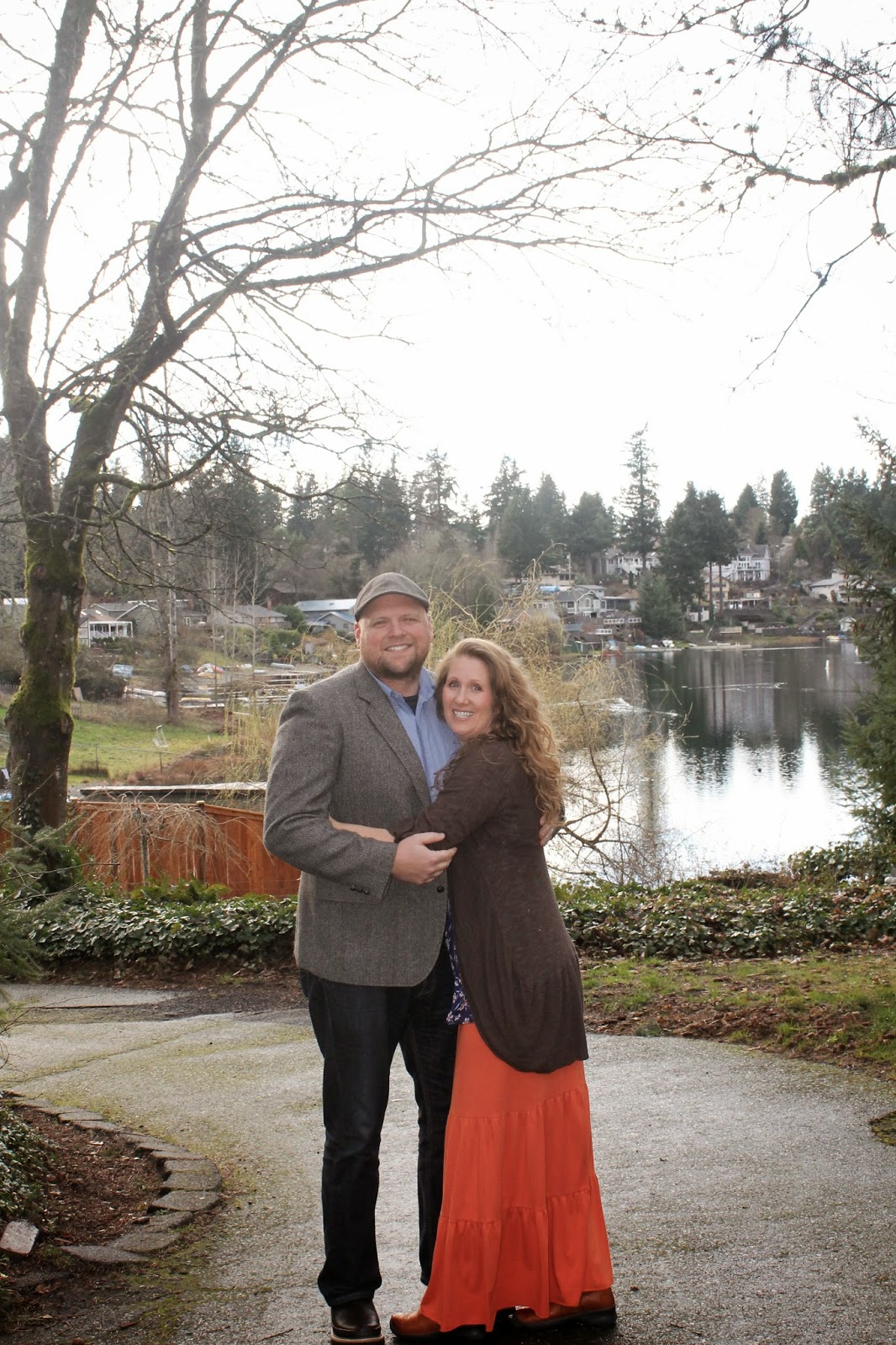 On the 21st we woke up to sweet sisters, Opal and Kivi, presenting us with breakfast in bed! It was so yummy, omelets (Dada's had a sunny side up egg, too), bacon, a bran muffin and an english muffin and tea! 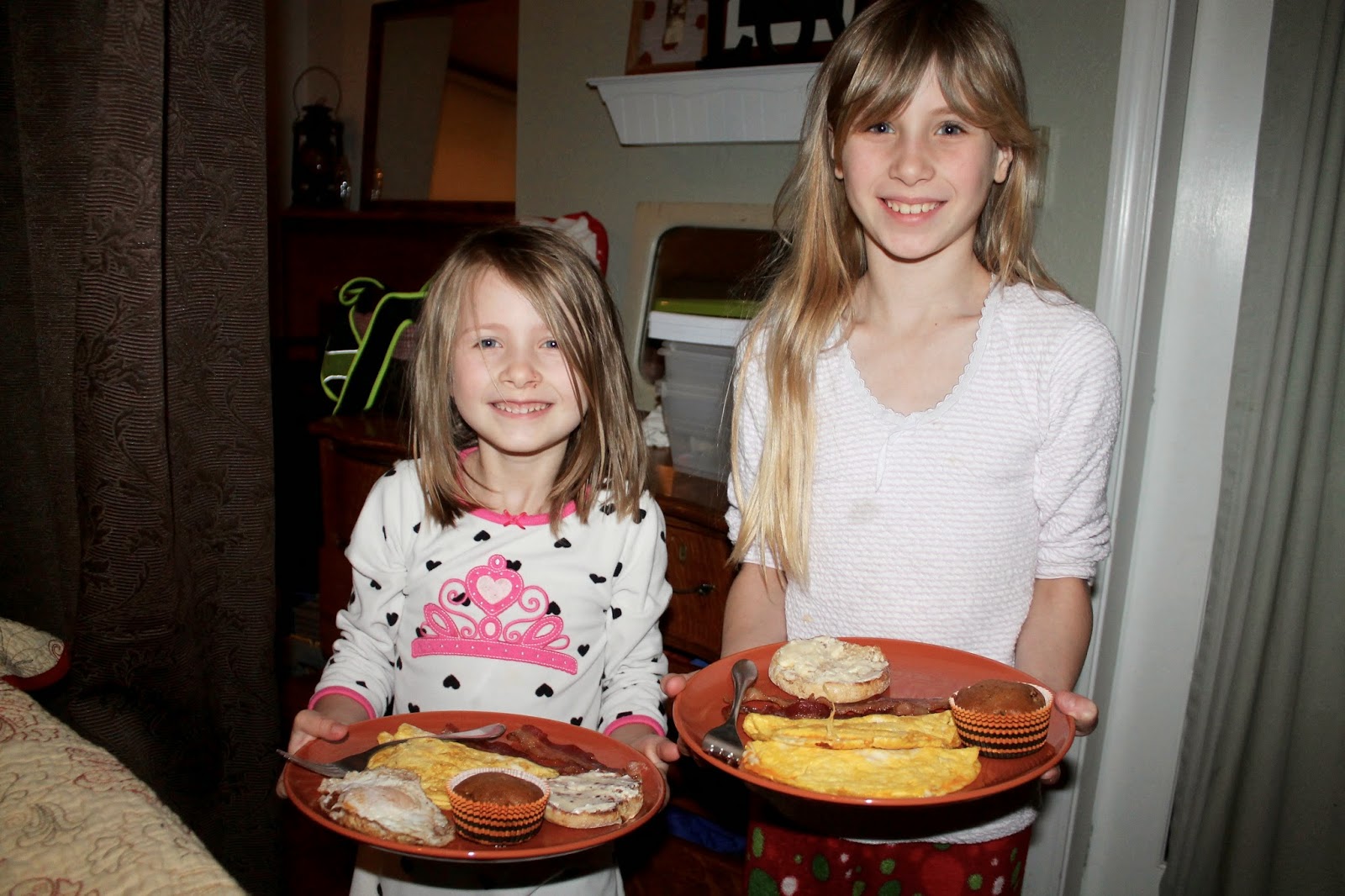 The 23rd was Tuff's picture day! His three month picture to match his brothers and sisters is ready to go up on the wall. Still. I haven't put it up yet. 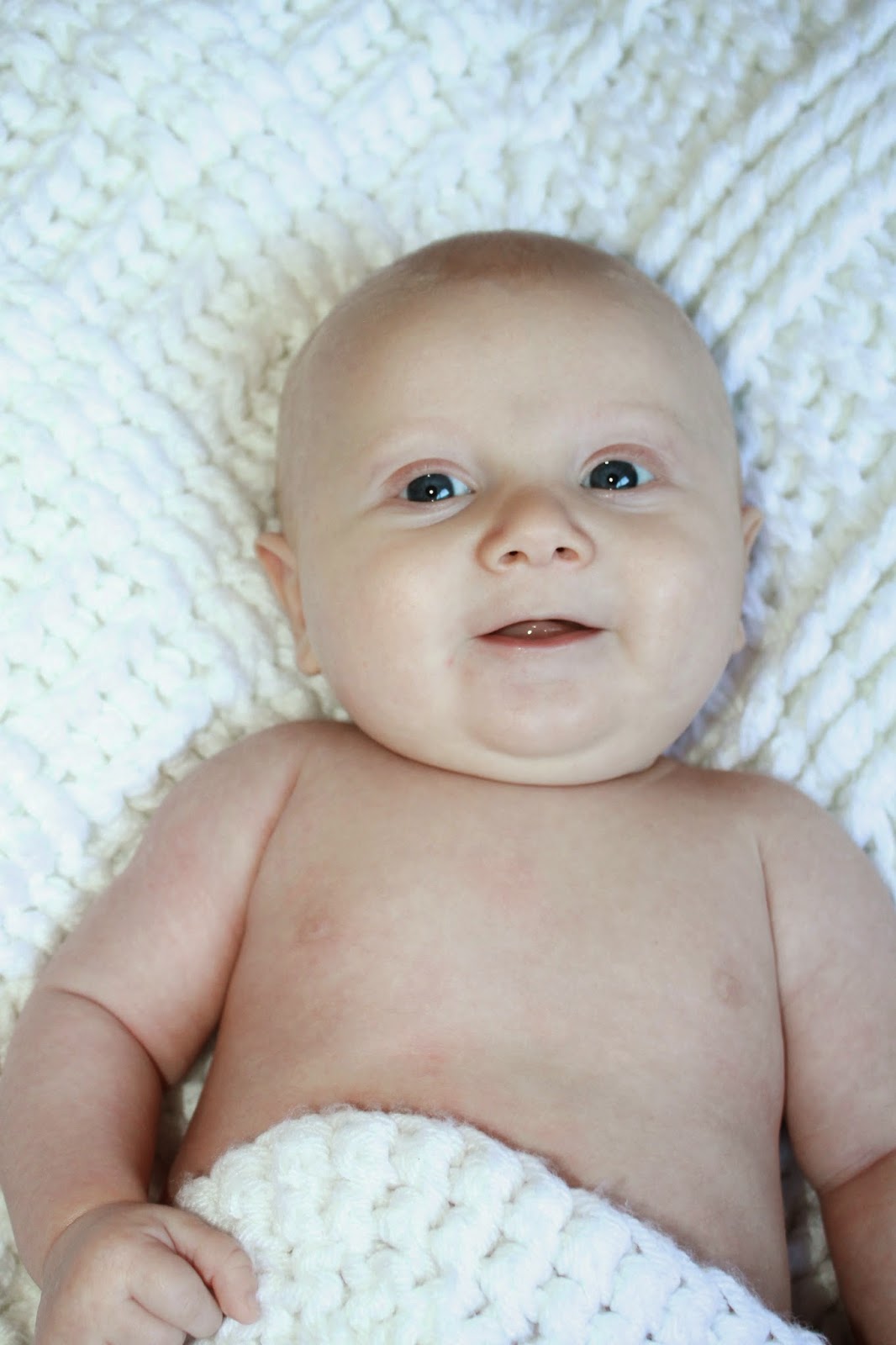 The 26th we painted frescos because we were learning about how the monks decorated their caves with them in Medieval India. We made edible frescos by painting with food coloring on pudding because that's what it's like to paint on wet plaster. It's a lot harder than it looks! 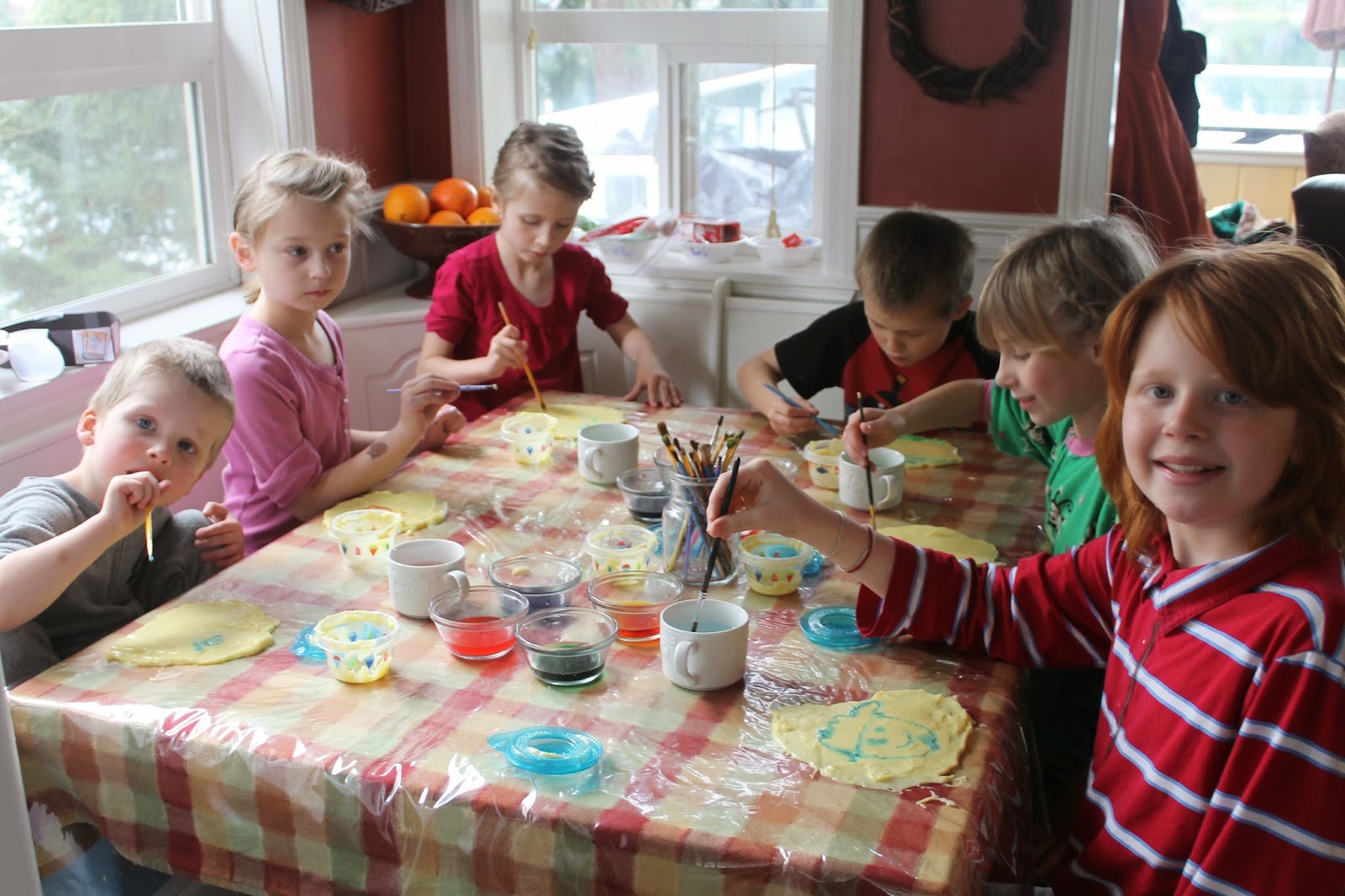 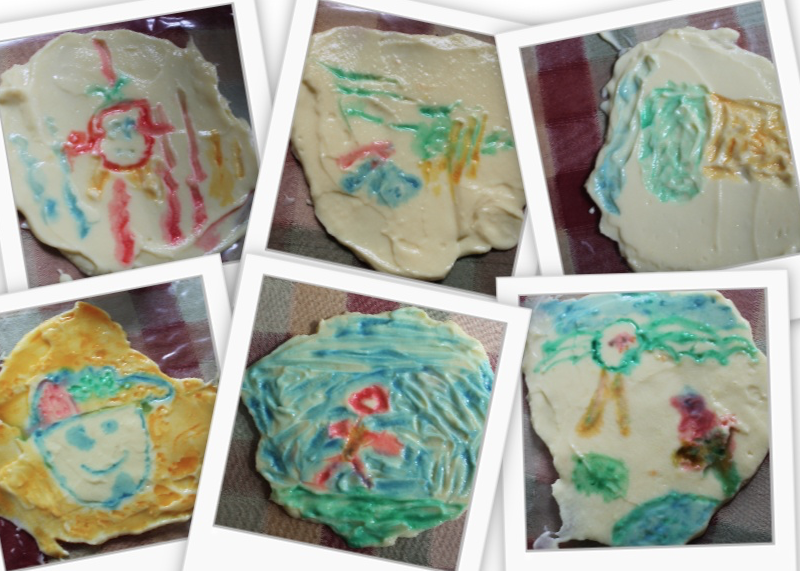