We started out New Year's at a rockin' game party on New Year's Eve at the Schock's house hosted by the Edgren's. It was so good, that even though I don't have any pictures, I still remember it! This was the first time that the kids (all of them) got to stay up for New Year's and they loved it! They had so much fun, playing games, going on a scavenger hunt that Josh set up for them and running around with all their friends. Peter and I loved it too!
1-2: I finally got my ring chopped off my finger! My knuckles had swollen since I was pregnant with Eben and hadn't been able to take off my ring for 11 years, but with this pregnancy, my fingers also got fat and it was starting to hurt! 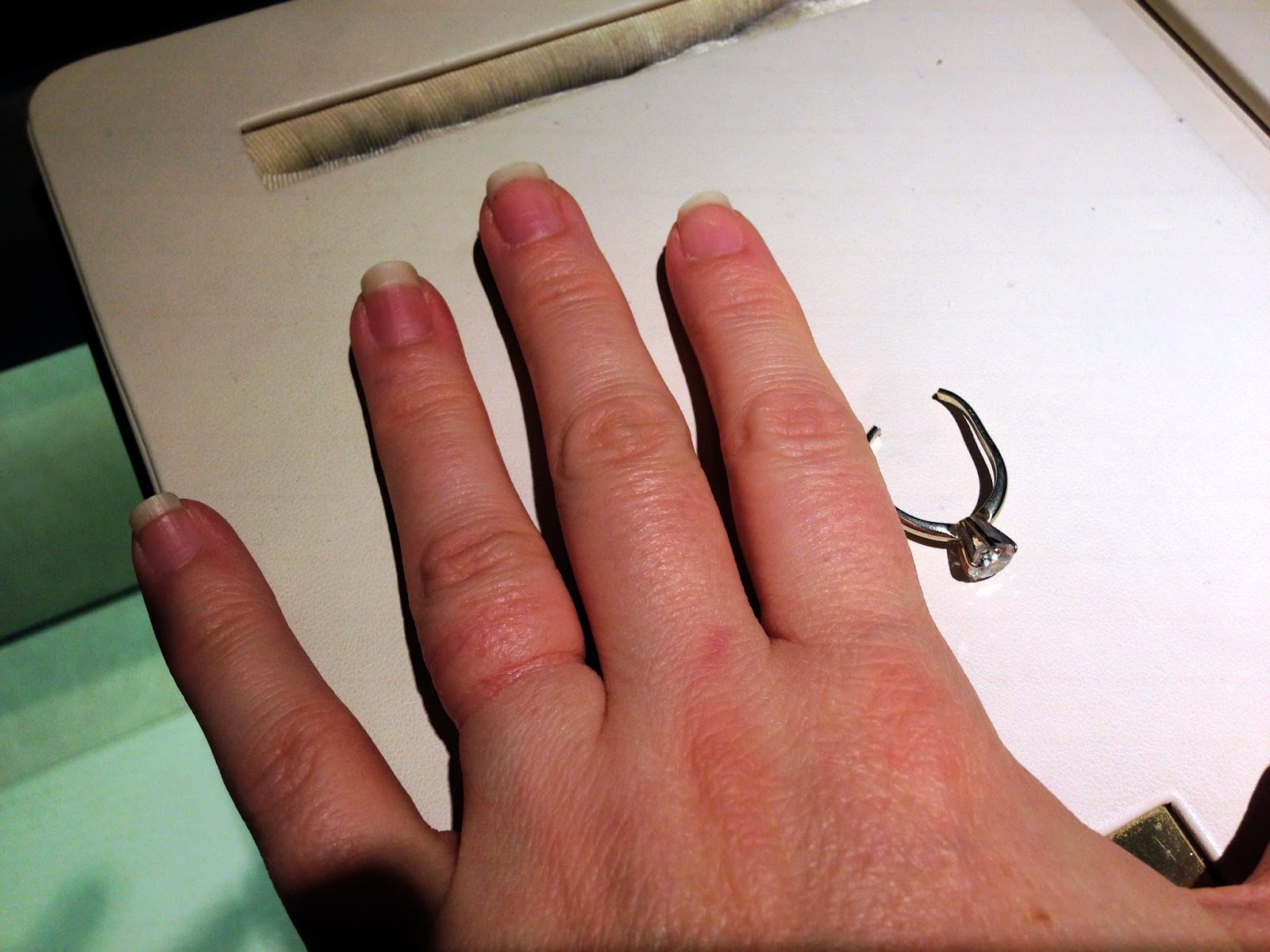 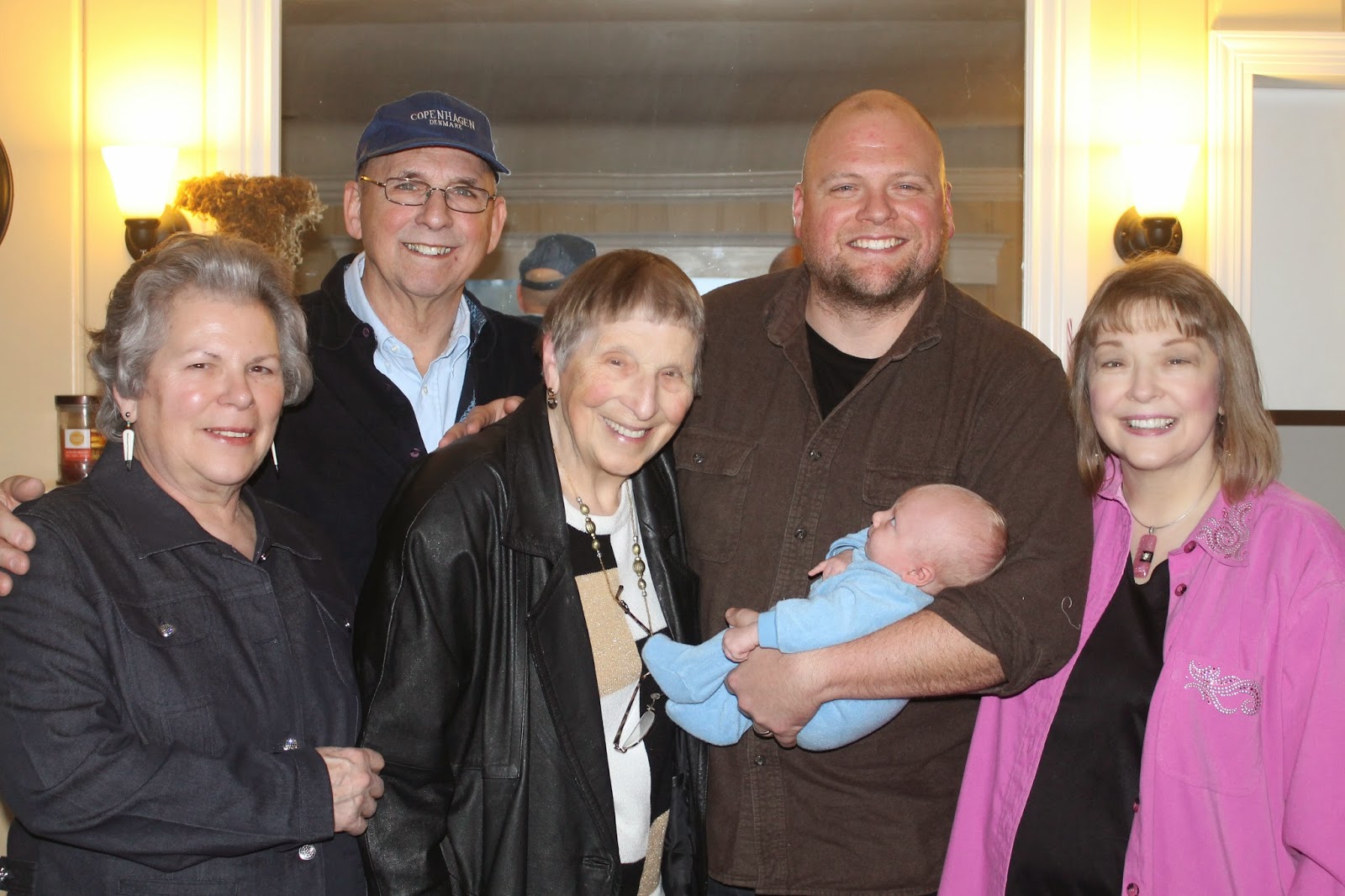 1-9: Berg gets his long hair shaved off. 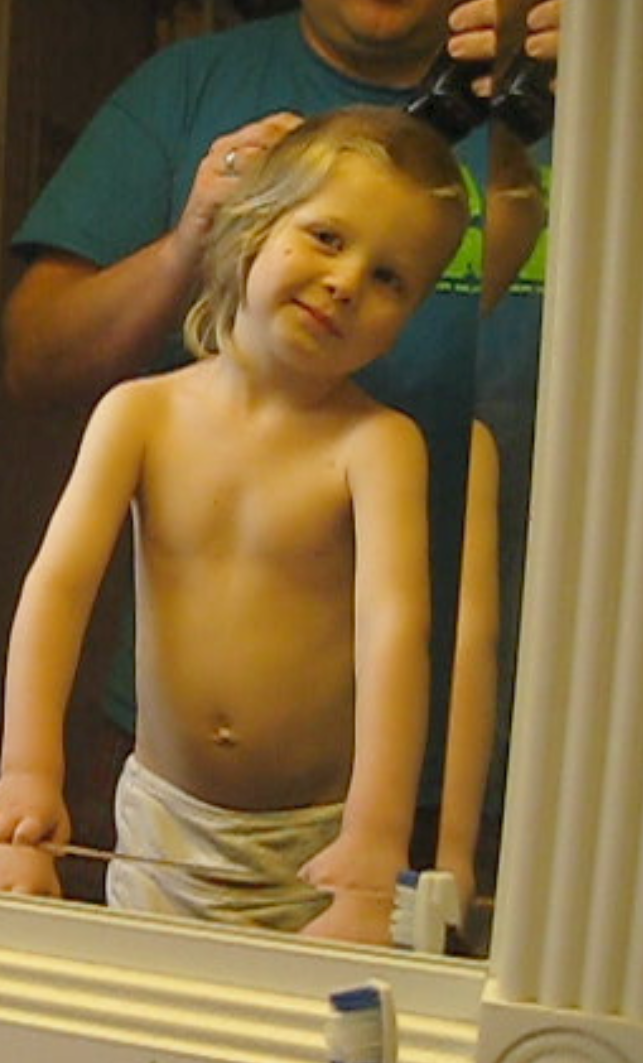 1-10: The kids love putting on shows, this one stars the girls doing an acrobatic/ballet routine using the rings and hammock. Eben worked their lights and music. 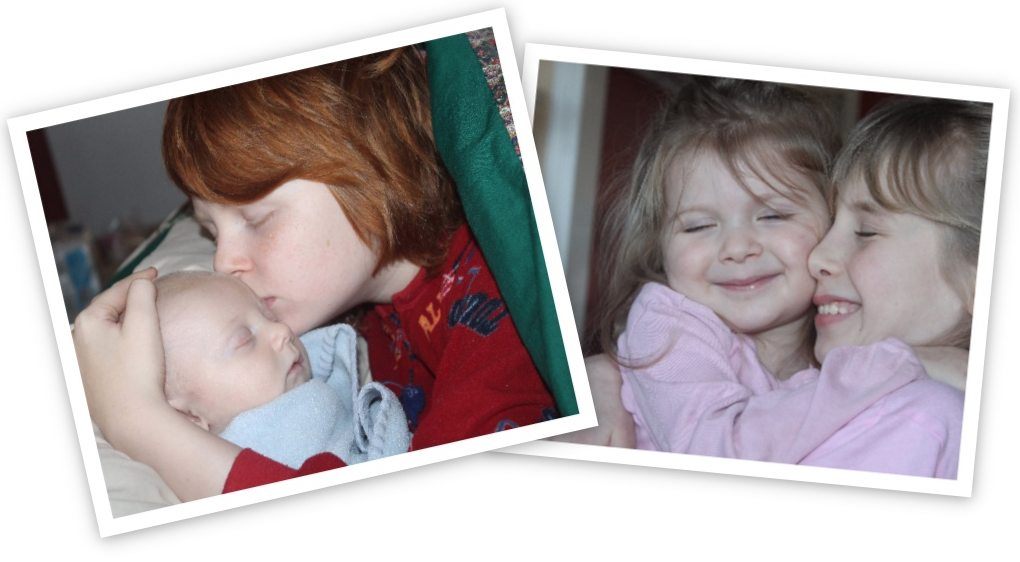 1-16: Extracurricular Activities -  The Girls: Reading books and playing with the baby. The Boys: Anything involving a computer. 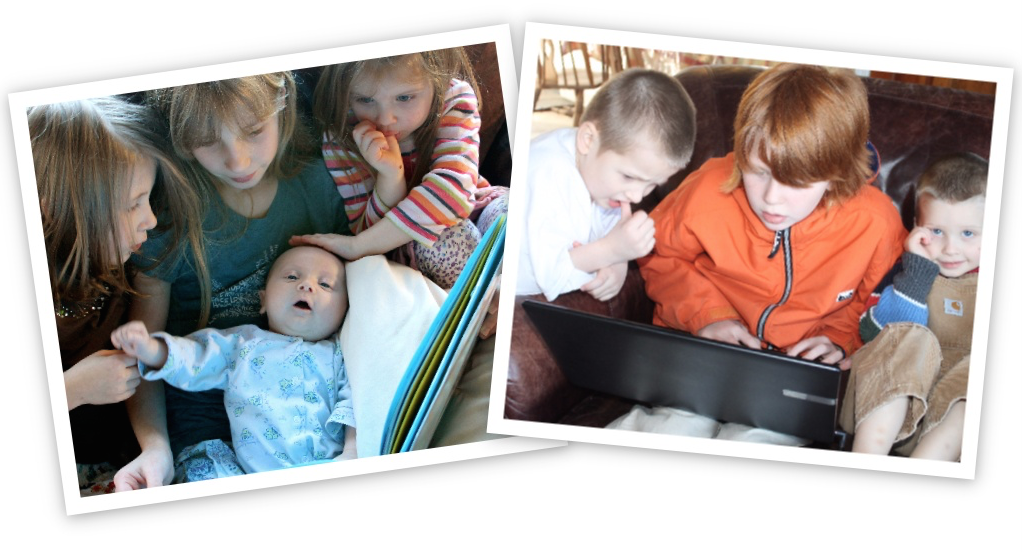 1-18: Kivi used her Special Helper Rockets and took Mama ice skating at Sprinker.
She did amazing but we had to leave a little early because Kivi's knees were the size and color of an eggplant. Ice is hard. 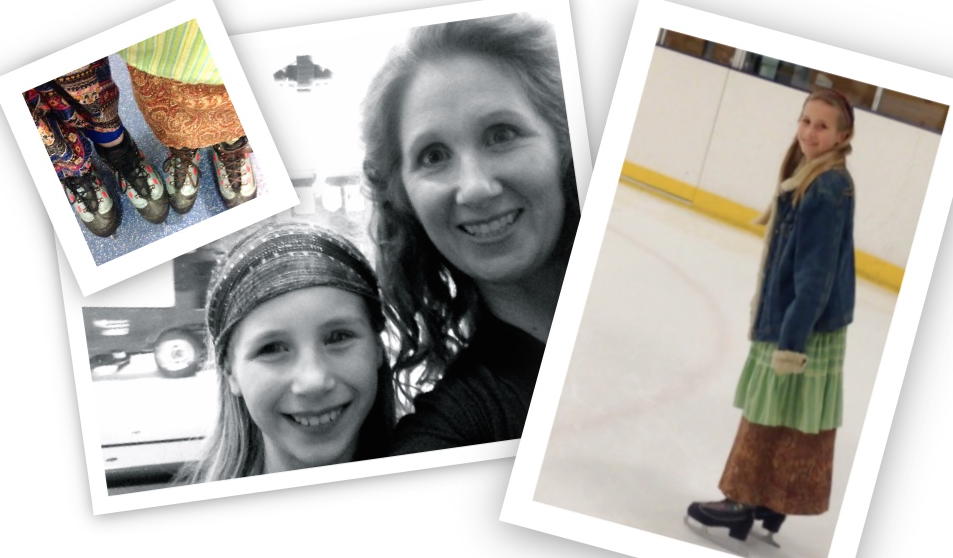 1-19: Grandma and Grandpa took Opal out for an early, special birthday manicure and pedicure. 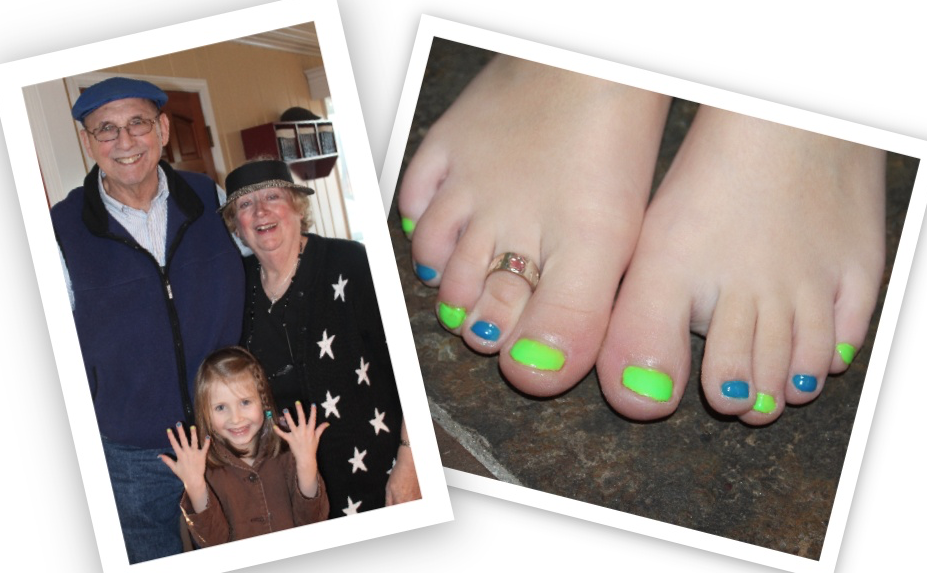 1-20: Our friends, the Holmes, are letting us borrow their Story of the World curriculum, so that we can still try to homeschool while figuring out our new schedule which now includes 6 baby feedings a day. It is so helpful. It's a minimized version of what we did while learning about different countries, but goes in order historically, is shorter and less involved. We listen to a storyteller on CD, learn the maps, do some of the fun projects they suggest in the book, review some questions and take a short test on each chapter. Berg especially loves the maps and asks everyday if we get to do them. This week we learned about the Celts so we painted our faces blue, made double-edged battle axes and of course, had a battle. 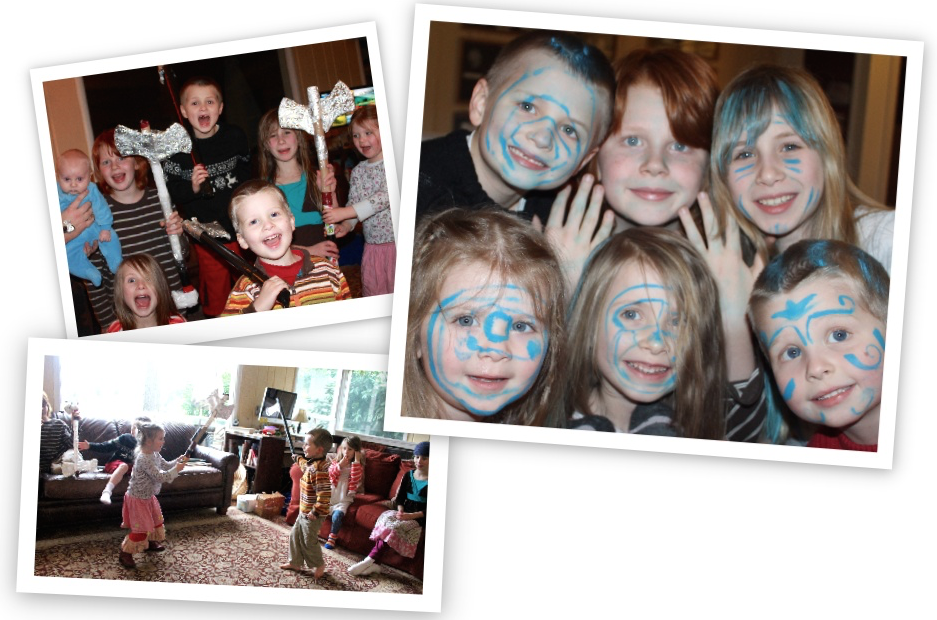 1-23: The kids take their own time lapse video, so they are actually posing for that, but I had my camera and took advantage of the opportunity. All seven of them rarely want to take a picture at the same time, and they did it on their own! 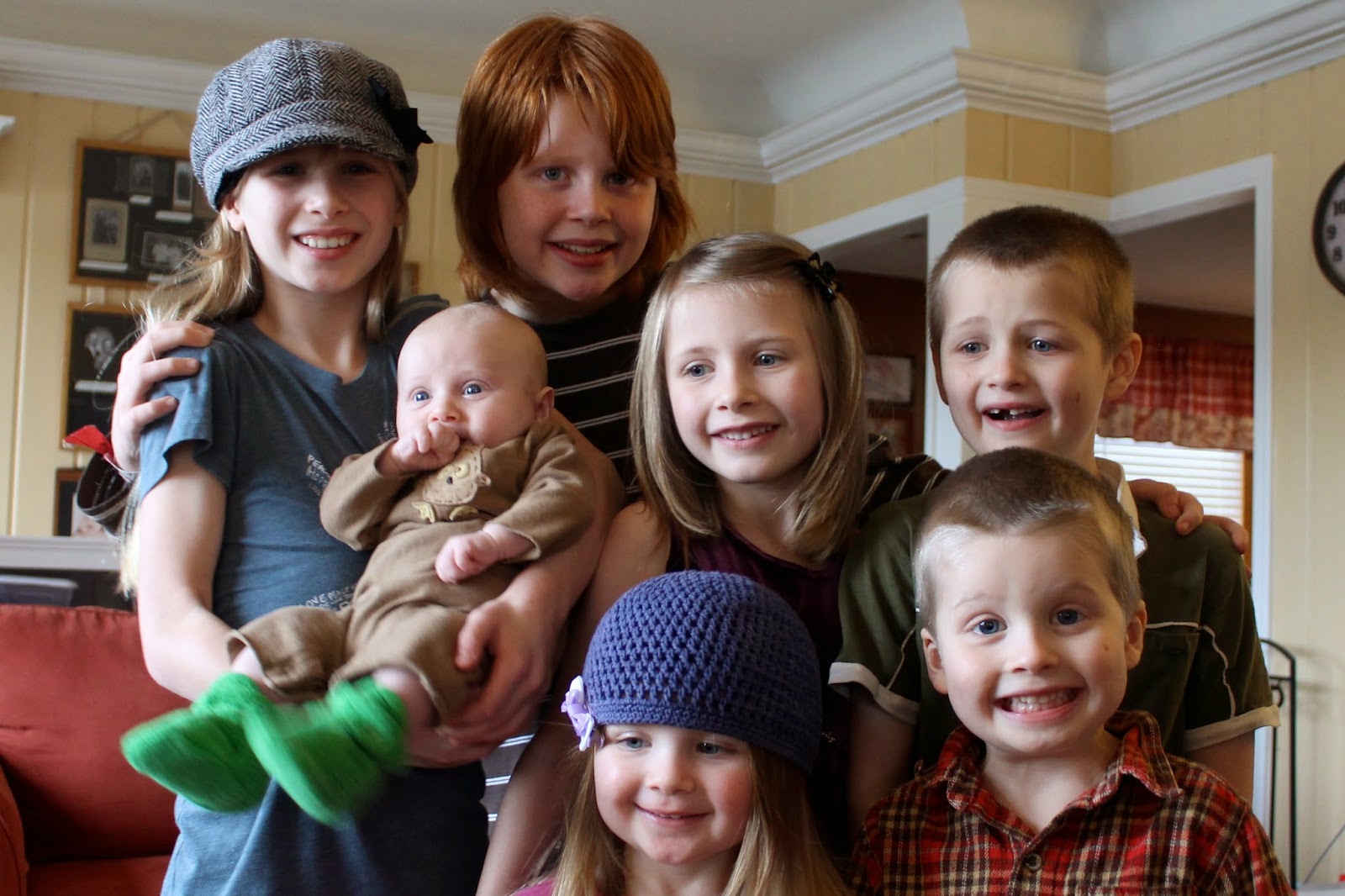 This is what they would do in between each coming together to pose shot. I love Berg and Pella in the background with their hats over their eyes. 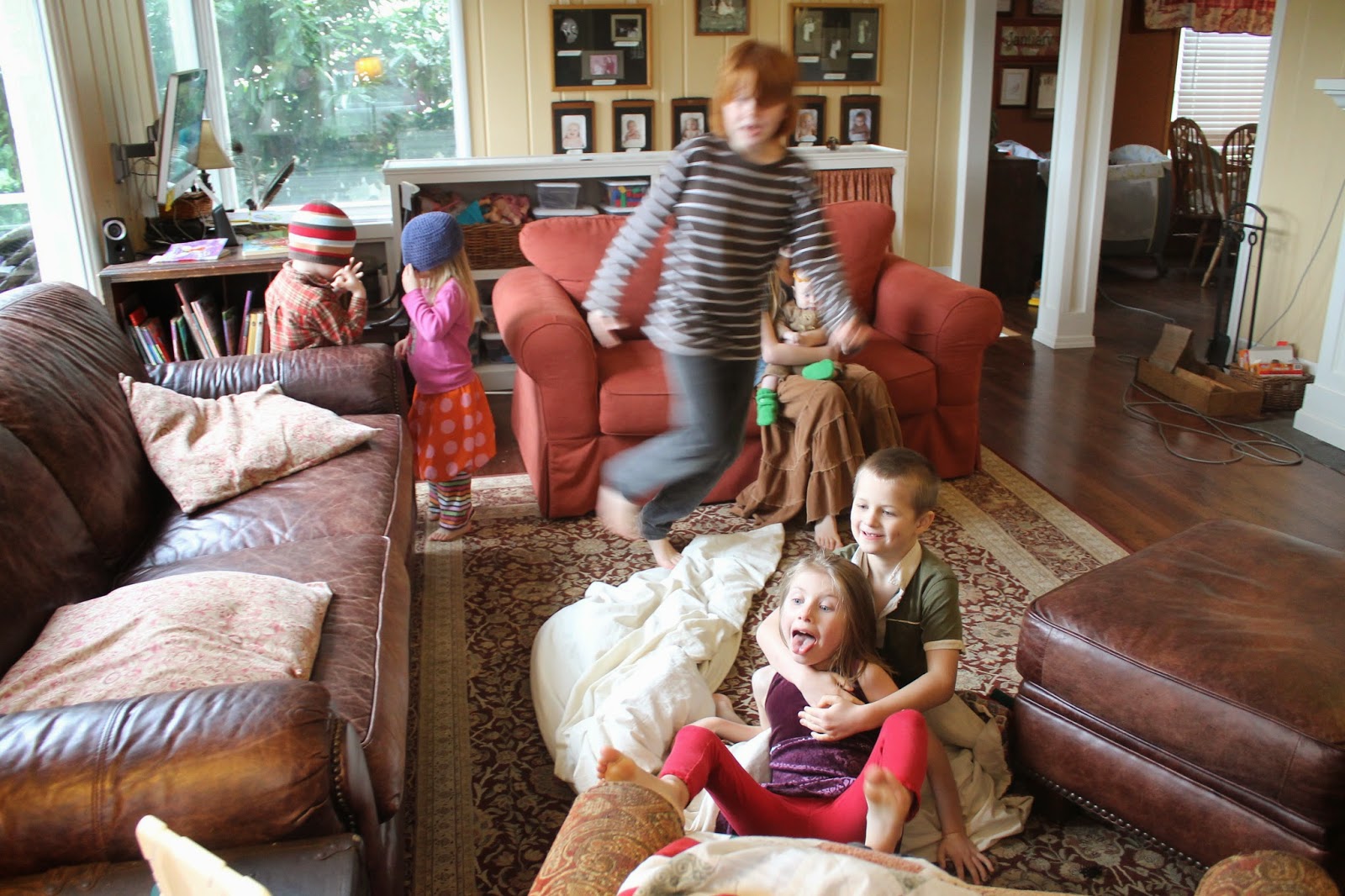 1-28: Pella Became a Christian!! Pella decided she wanted to ask Jesus into her heart, so that night, she prayed with Dada for Jesus to "agive" her sins and live with her "foreva". Sooooo precious! Such a big decision for a big three year old girl. We were all so excited to get to share that moment with her! 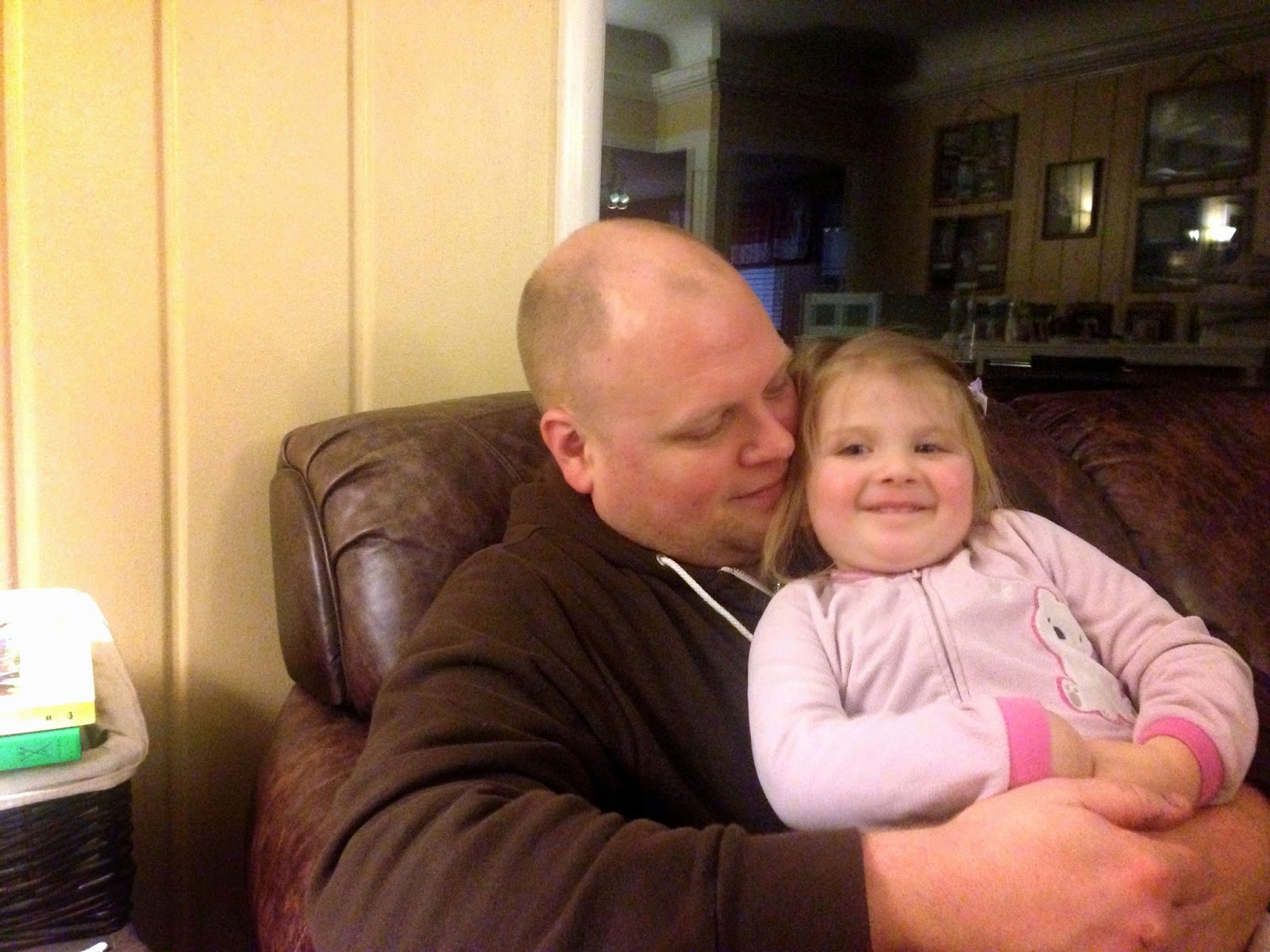 1-29: Bubble Time with Tuffy. Dada had a fun bath time with the little man and put bubble bath in the jet tub with makes great bubbles. Tuff didn't know how to smile yet at this point, but if he did I'm sure he'd be smiling. He was so calm and loves the water. We were laughing so hard naming all of his different bubble hairstyles. 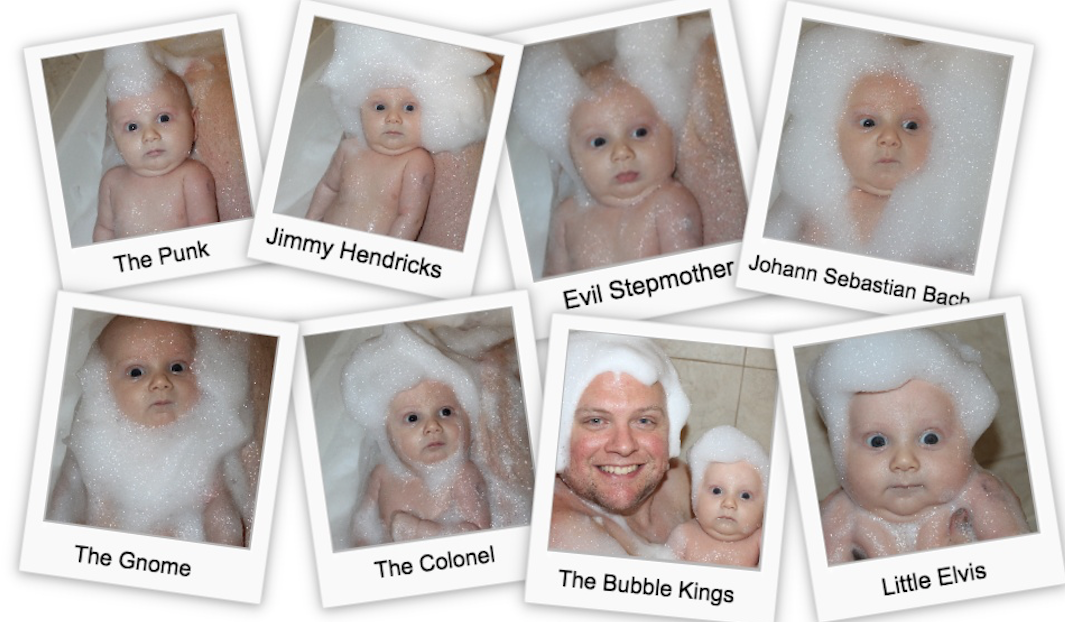