This year we were spoiled! We had all the grandparents and a big surprise from Dada. We started off the morning singing "Happy Birthday" to Jesus and blowing out the candles on His cake, which Grandma brought. 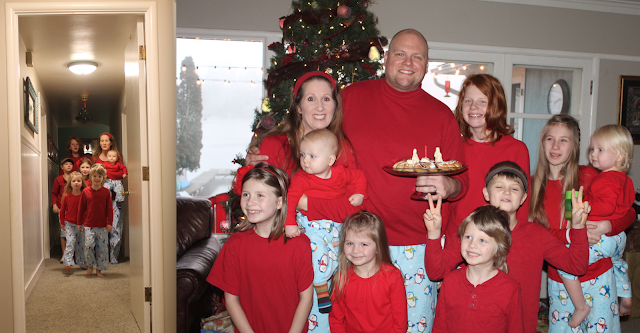 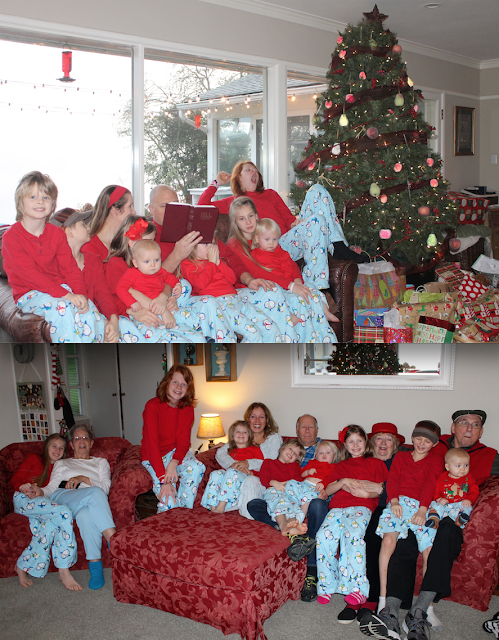 Dada made stockings for everyone! 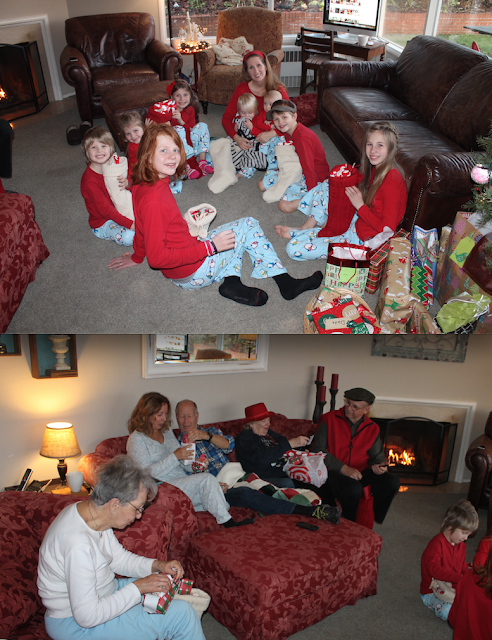 Then we thanked God for the amazing gift of His Son and had some breakfast. 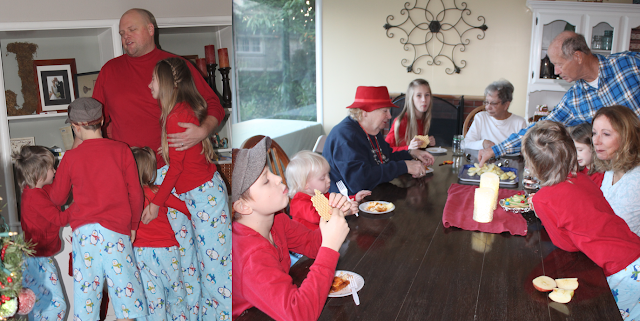 We took Coaly's First Christmas picture in the giant baby stocking. The stocking that I first made for Eben's First Christmas and in which all the babies have had their pictures taken. But none of them actually hung in it like Coal. 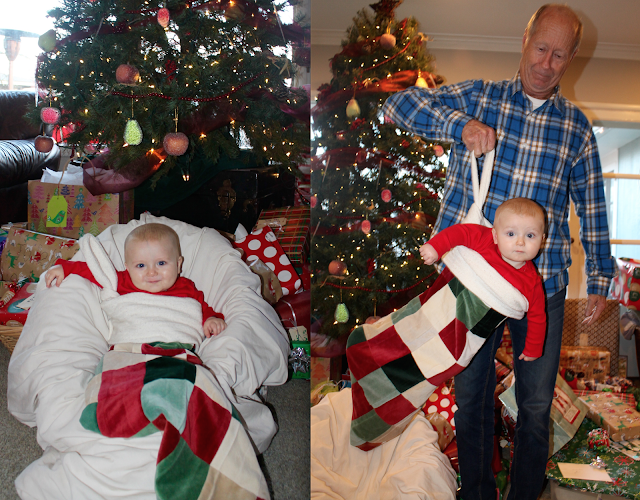 We took turns and casually opened presents. It was very mellow and relaxing and peaceful. Tuff being sick might have helped in that area. Dada had taken the boys and girls separately this year to buy presents for each other and they love to watch their siblings unwrap the gift they chose. 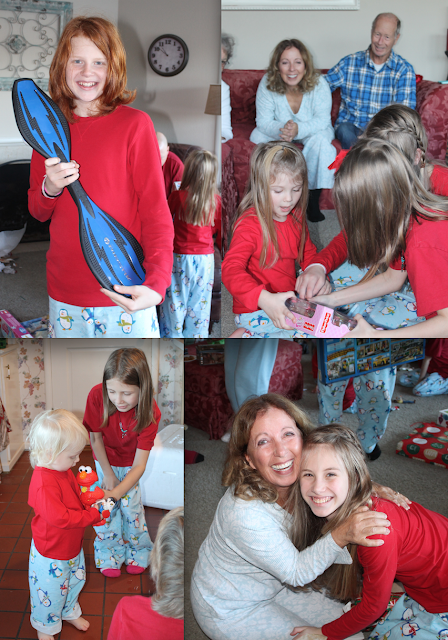 Then Dada told the kids that instead of a scavenger hunt this year, they would be doing a puzzle and all the kids had to work together on it the whole time. Little did they know that while they were putting it together, just down the very long hallway, Dada would be putting up a rock wall! He had been building it in the garage and had it all pre-assembled, ready to be screwed in place. So he had it finished before they were done with the puzzle! 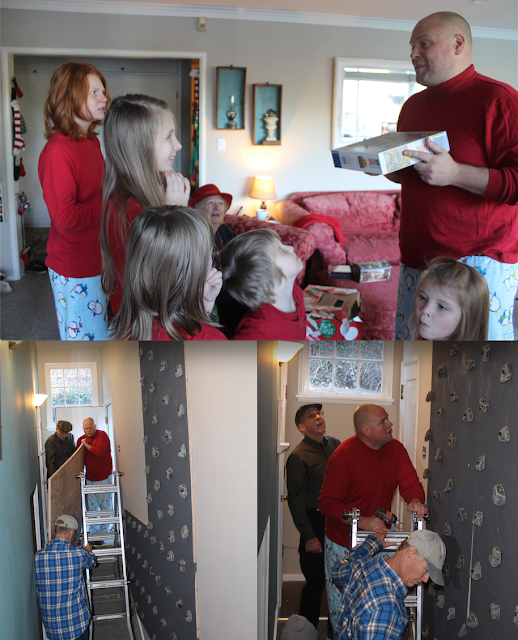 Once they completed the puzzle they had to flip it over and follow the clue... 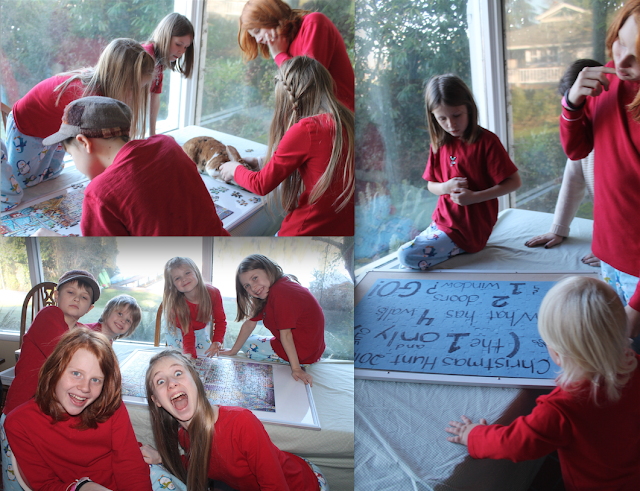 down to the shed, where they found a box... 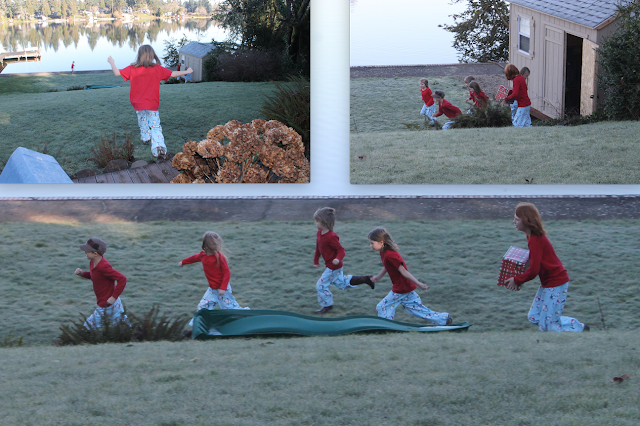 with ropes and harnesses. They were confused. Then Dada said, "Follow me!" and he led them down the hallway and revealed his big surprise! They were so excited! 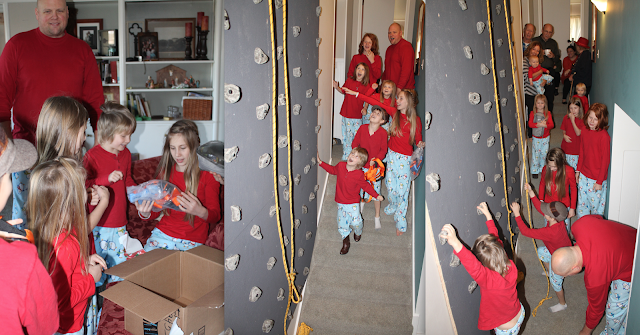 The rest of the day we spent, rock climbing (of course), playing with new toys, snacking on finger foods and sparkling cider, watching Christmas movies and cuddling. It was a very good way to celebrate Christ "Our Rock". 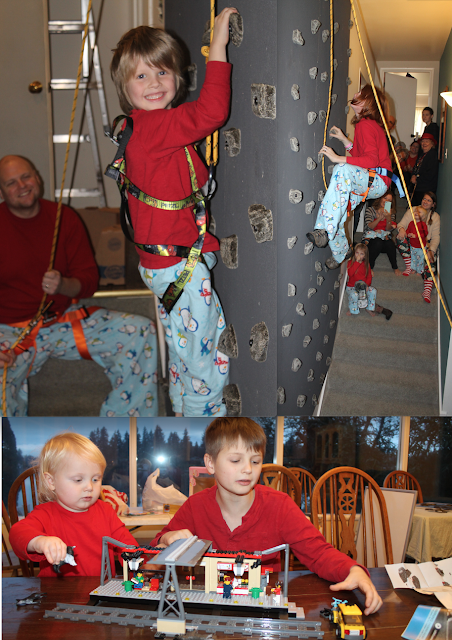 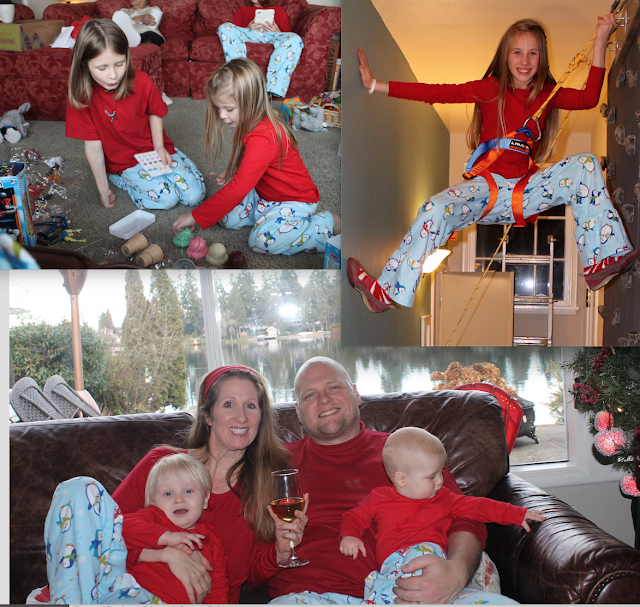